Who is Conor McGregor?

Conor McGregor is a big name in the boxing and martial arts industry. He is a professional martial artist as well as a boxer. Nicknamed “Notorious”, Conor is the number 3 martial artist in the UFC lightweight rankings and number 9 in the UFC men’s pound-for-pound rankings. He is in a relationship with Dee Devlin. 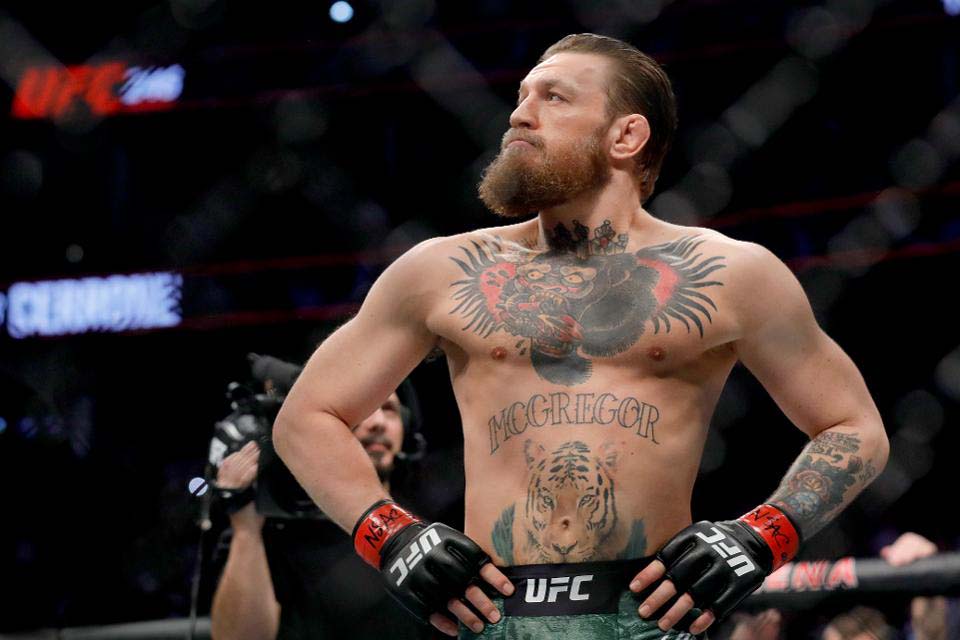 Conor was born on the 14th of July, 1988 under the name Conor Anthony McGregor in Crumlin, Dublin, Ireland. He is the son of Tony McGregor and Margaret McGregor. Furthermore, he has two sisters named Erin McGregor and Aoife McGregor.

Conor’s horoscope is Cancer. He stands to 1.75 meters (5 feet and 9 inches) in height and his weight is around 77 kilograms ( 170 lbs). Conor’s chest size is 42 inches, Waist size is 32 inches and the bicep size is 15 inches. He belongs to white ethnicity and his nationality is Irish. Furthermore, he follows the Christian religion. Conor has a beautiful pair of Dark Brown eyes with Blonde hair.

Conor McGregor is in a relationship with Dee Devlin since 2008. The couple has two children together named Conor Jack McGregor Jr. and Croia McGregor. However, there is no news about their marriage. 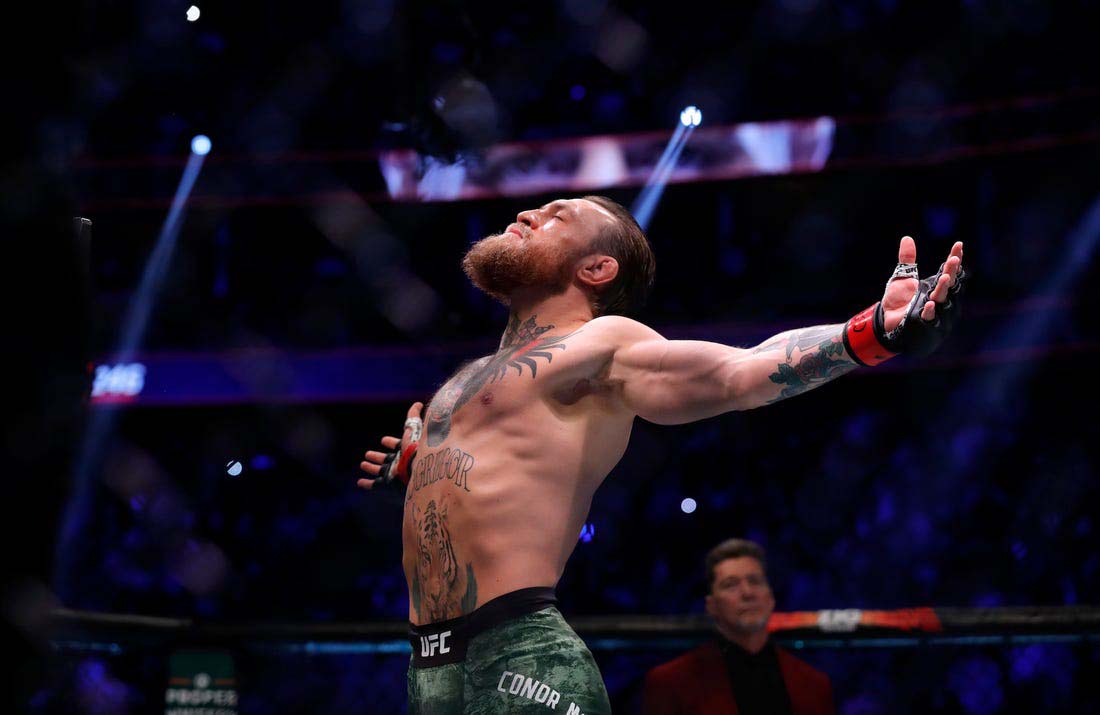 The Professional Career of Conor McGregor

Conor started his professional career with martial arts in 2008. He has played a total of 26 matches in total and won 22 of the matches. Furthermore, he won 19 matches by knockout, 1 match by submission, and 2 matches by decision.

Conor played his debut match against Gary Morris on the 8th of March, 2008. He won the match by TKO (punches). He then played another match on the 3rd of May the same year against Mo Taylor, which he won by TKO. His third match was held on the 28th of June, 2008 against Artemij Sitenkov. He recorded his first loss by submission in this match. His last match in 2008 held on the 12th of December against Stephen Bailey by TKO

In 2010, Conor played his first match against Connor Dillon on the 9th of October, which he won by TKO (Corner Stoppage). His final match that year was held on the 27th of November against Joseph Duffy that he lost by Submission (arm-triangle choke). Similarly, in 2011, Conor played a total of 5 matches. His first match was against Hugh Brady on the 12th of February, that he won by TKO.  He then played against Mike Wood exactly one month later and won by KO. On the 16th of April that year, Conor played a match against Paddy Doherty and won by KO (punches). Similarly, he played and won the match against Artur Sowinski by TKO (punches). His final match that year was against Aaron Jahnsen on the 8th of September, which he won by TKO (punches).

Similarly, Conor played three matches in 2012 and won all of the three matches. His first match was against Stee O’Keefe on the 18th of February, that he won by KO (elbows). He then won a match against Dave Hill by Submission (rear-naked choke) on the 2nd of June. Furthermore, he won his last match against Ivan Buchinger by KO (punch) on the 31st of December.

In 2016, Conor played his first match on the 5th of March against Nate Diaz. He lost the match by Submission (rear-naked choke) in the UFC 196 event. However, he played with Nate Diaz again on the 20th of August and won by Majority Decision. His final match in 2016 was held on the 12th of November, 2016 against Eddie Alvarez, which he won by TKO (punches) in the UFC 205 event. 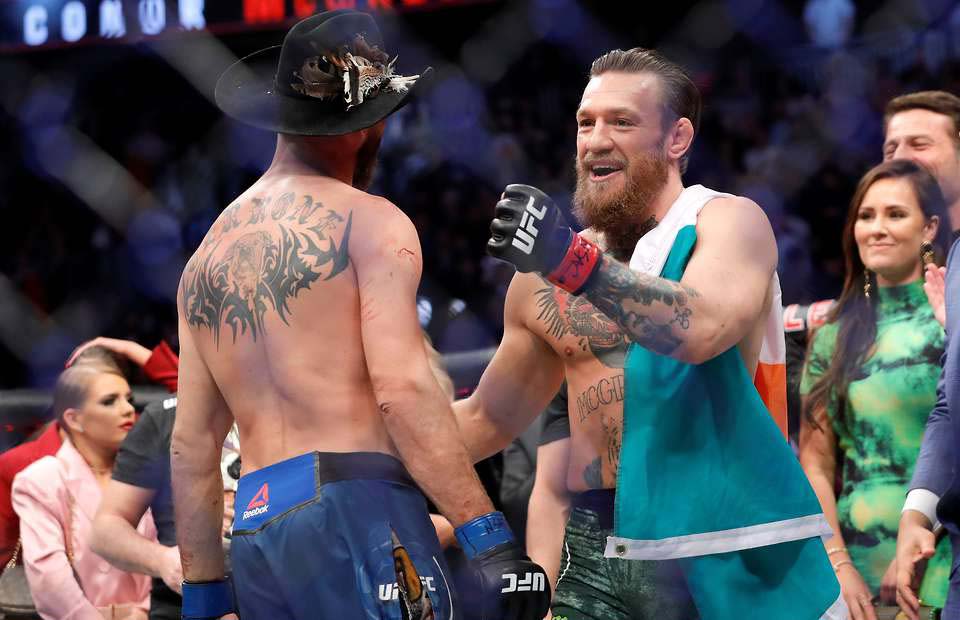 Conor McGregor did not play any game in 2017. He returned in 2018 on the 6th of October and lost against Khabib Nurmagomedov by neck crank submission. He then was inactive in 2019 and again returned on the 18th of January, 2020. Conor played a match against Donald Cerrone and won by TKO (head kick and punches). Conor became the Welterweight bout. Performance of the night in this match.

Net Worth of Conor McGregor

Conor is a big name in the martial arts industry. Therefore, he has a very big net worth. His net worth is estimated to be around $110 million. He earns money by the various matches he plays and several endorsement deals.