Who is John Lewis?

John Lewis was an American civil rights leader and politician. He grew up during the era of racial discrimination. He was very inspired by Martin Luther King Jr. which led him to join the burgeoning civil right moment. John had dedicated his life to protecting human rights and securing civil liberties. He was a member of the Democratic Party and was the U.S. Representative for Georgia’s 5th congressional district from 1987 till his death in 2020. Likewise, he was also the dean of the Georgia congressional delegation. Throughout his lifetime, he received many prestigious awards and degrees including the Presidential Medal of Freedom. 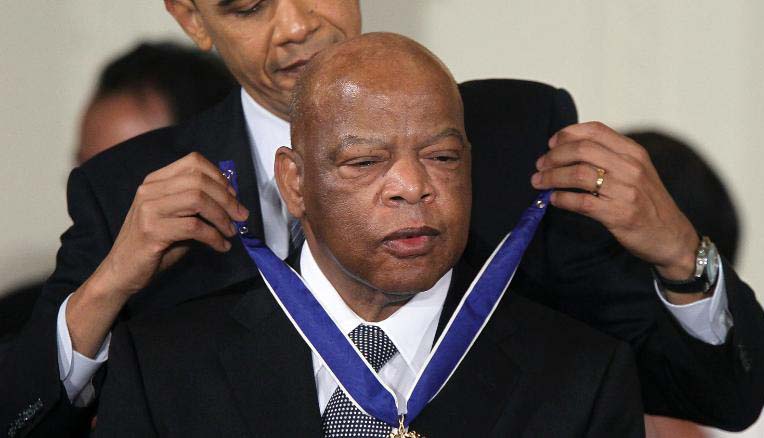 John Robert Lewis was born on February 21, 1940, in Troy, Alabama, United States. His parents Wille Mae and Eddie Lewis were sharecroppers and he was the third child out of ten children. He was of Pisces sun sign.

John Lewis grew up on his family’s farm and attended segregated public schools in Pike County, Alabama. As a young boy, when he went to towns with his family, he used to experience racism and segregation. Then, he was inspired by the activism surrounding the Montgomery Bus Boycott and the words of the Martin Luther King Jr. which he heard on radio broadcasts.  In those crucial moments, he made a decision to become a part of the Civil Rights Movement. Ever since then, he remained at the lead of progressive social movements and the human rights struggle in the United States.

Besides this, he graduated from the American Baptist Theological Seminary in Nashville, Tennessee, and then received a bachelor’s degree in religion and philosophy from Fisk University.

John Lewis was a member of Phi Beta Sigma fraternity. Likewise, he was married to Lilian Miles in 1986. This couple together had a son, named John-Miles. His wife, Lillian died on December 31, 2012. 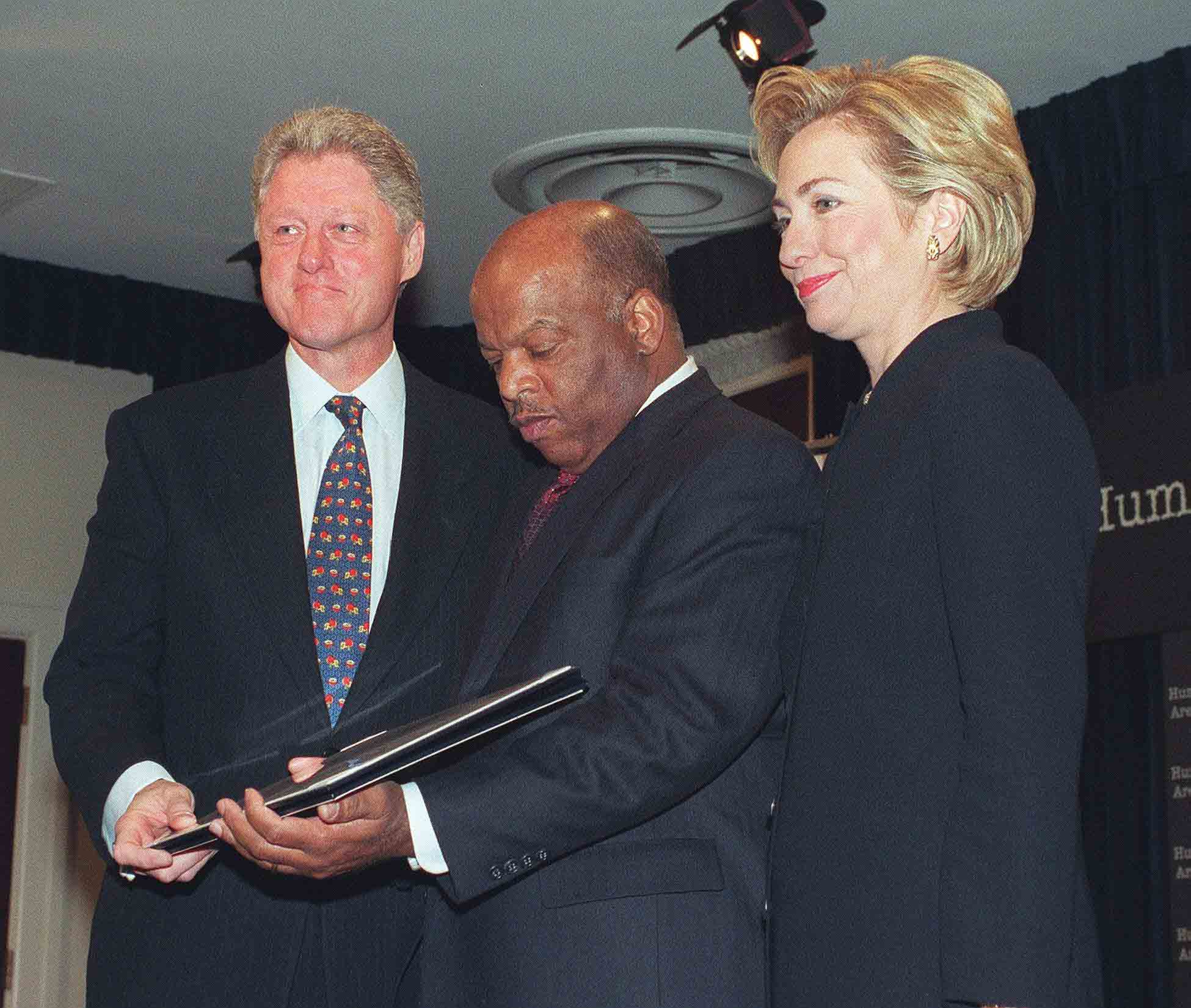 John Lewis was a patient of stage IV pancreatic cancer and remained in the Washington D.C. area for his treatment. Sadly after six months, he passed away at the age of 80, on July 17, 2020. After his death, many political leaders paid tributes to him. Even the American president, Donald Trump stated that he was “saddened” to hear about Lewis’s demise and ordered all flags to be flown at half-staff.

John Lewis became one of the 13 original Freedom Riders in 1961. There were laws that prohibited black and white riders from sitting next to each other on public transportation. The Freedom Rides along with Congress of Racial Equality (CORE) pressurized the federal government to enforce the Supreme Court decision that declared segregated interstate bus travel to be unconstitutional. The Freedom Rides also exposed the passivity of the government regarding violence against citizens of the country who were simply acting in accordance with the law. Similarly, he was also imprisoned for 40 days in the Mississippi State Penitentiary in Sunflower County, Mississippi, after participating in a Freedom Riders activity in that state.

Furthermore, Lewis was also one of the founding members of SNCC. His courage and determination to the philosophy of reconciliation and nonviolence made him emerge as a leader. He also served as the chairman till 1966.

Lewis worked earlier in 1997 with U.S government. After serving his nine years to House of Representatives, in 1986, he decided to run for the 5th district where he was ranked in second place with 35%. Likewise, in the November general election, Lewis defeated Republican Portia Scott 75% to 25%. Moreover, Thomas decided to challenge Lewis again in 2008. Markel Hutchins also contested the race. Lewis defeated Hutchins and Thomas by 69%–16%–15%. 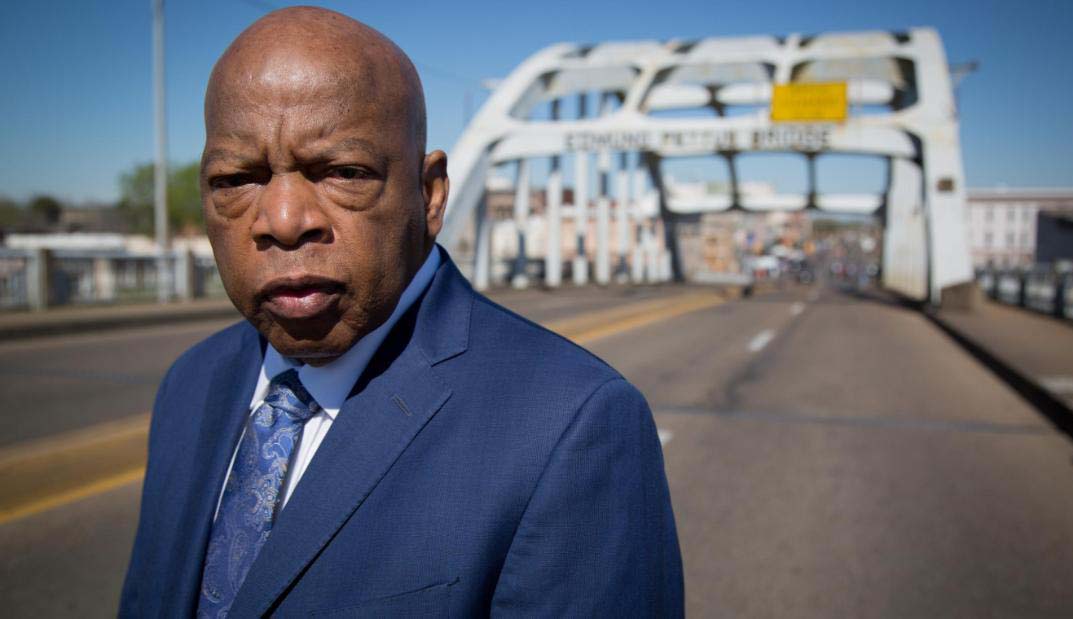 Lewis also spoke out against the presidency of Donald Trump, who was elected on November 8, 2016. He said he didn’t believe Trump was a ‘legitimate president’ because of Russian interference in the election. He also said he would not attend Trump’s inauguration.

John Lewis honoured with many prestigious awards during his time. He was awarded the Wallenberg Medal from the University of Michigan in recognition of his courageous lifelong commitment to the defence of civil and human rights in 1999. He also received a Four Freedoms Award for the Freedom of Speech. In 2004, Lewis received the Golden Plate Award of the American Academy of Achievement. Moreover, in 2011 Lewis awarded the Presidential Medal of Freedom by President Barack Obama.

John Lewis is the co-author of the bestselling graphic novel memoir trilogy ‘MARCH’, with Andrew Aydin illustrated by Nate Powell. The first volume, ‘MARCH: Book One’, received a 2014 American Library Association (ALA) Coretta Scott King Book Award Author Honor, an ALA Notable Children’s Book designation, was named one of YALSA’s 2014 Top Ten Great Graphic Novels for Teens and became the first graphic novel ever to receive a Robert F. Kennedy Book Award. Additionally, ‘MARCH: Book Two’ released in 2015 and immediately became both a New York Times and Washington Post bestseller. The MARCH series is used in schools across the country to teach the Civil Rights Movement to the next generation of young activists.