Adele is a professional British singer/songwriter. She is the winner of six Grammy Awards for her record-tying hits like ‘Someone Like You,’ ‘Rolling in the Deep,’ and ‘Hello’. She released her debut album ’19’ in January 2008 and entered the UK album chart at number 1 with her debut, and she has been gaining massive popularity and fan-following ever since. 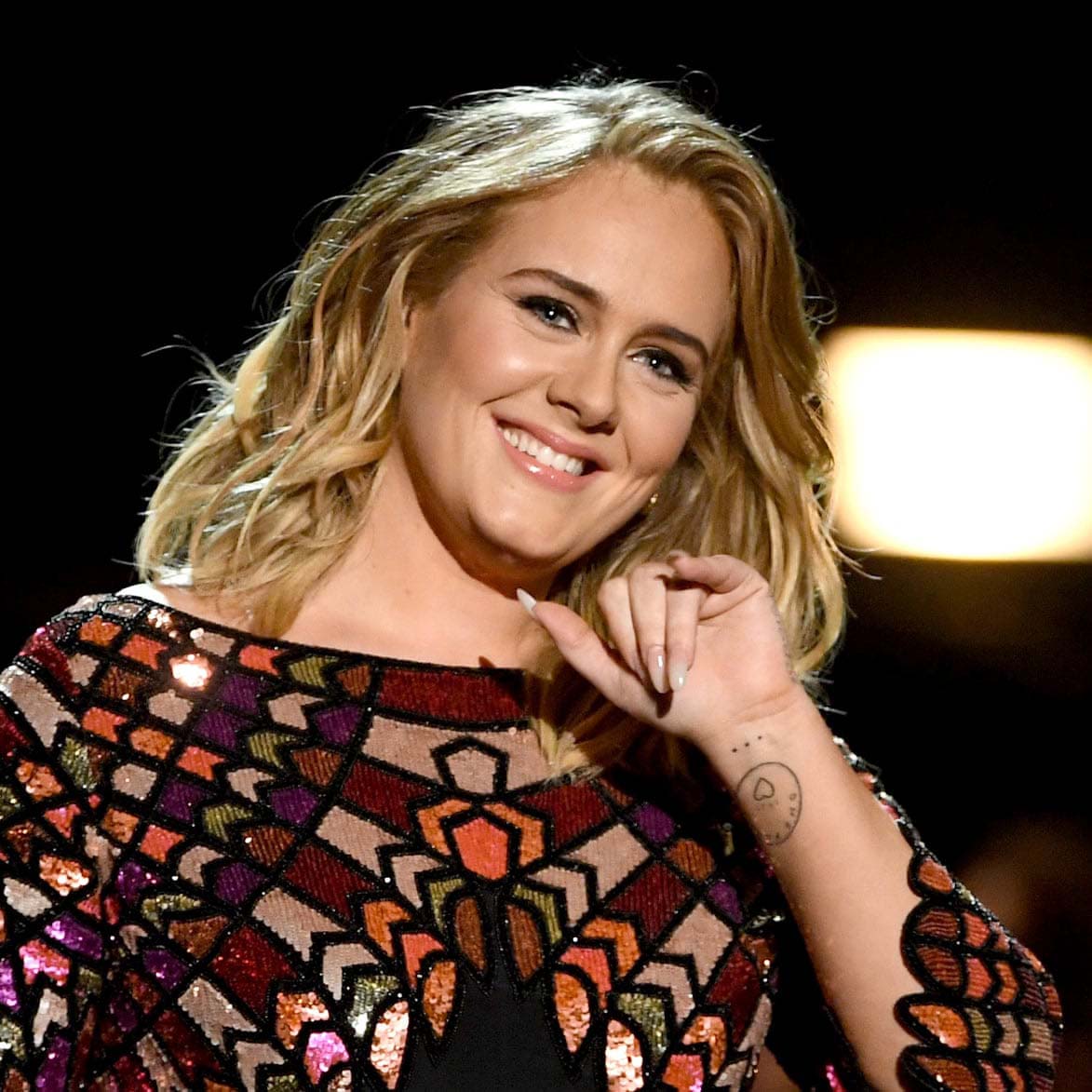 Adele Laurie Blue Adkins, better known as Adele in the music industry, was born on 5 May 1988 in Tottenham, London, to a Welsh father, Marc Evans, and an English mother, Penny Adkins. Unfortunately, her father, Evans left her when she was just two. She was then raised and brought up by her mother. She is currently 32 years old and has the sun sign of Taurus.

Adele holds an English nationality, and as per ethnicity, she belongs to English-Welsh ethnicity. Her religious views are Christianity as her religion for her being a white Englishwoman. Besides this, she stands 5 feet and 9 inches (1.75m/175cm) tall and weighs around 82 kgs (181lbs), but recent pictures of her reveal weight loss and a completely new look for Adele. Her body measurements are 38-32-38 inches, respectively. She has a pair of green-colored eyes with light brown hair color complimenting her voluptuous body figure.

Adele spent most of her childhood days in Brockwell Park singing and playing guitar with her friends. This was recalled and stated by her in her 2015 song ‘Million Years Ago’. Talking about her education, she graduated in 2006 from the BRIT School for Performing Arts and Technology in Croydon. It is also known that Adele attended school with Leona Lewis and Jessie J. as her classmates. She was previously interested in A&R with the hope of helping launch other people’s careers but is thankful for the school for nurturing her talent for singing.

Adele started dating charity entrepreneur Simon Konecki in 2011. This couple was blessed with a son Angelo James on 19 October 2012. In early 2017, rumors spread about Adele and Simon’s secret marriage after the couple was spotted wearing matching rings on their ring fingers. Adele confirmed her marriage to the audience at a concert in Brisbane, Australia. Unfortunately, after being together for more than seven years, Adele filed for divorce against her husband on 13 September 2019. Currently, she is unmarried and is raising her son with her ex-husband. 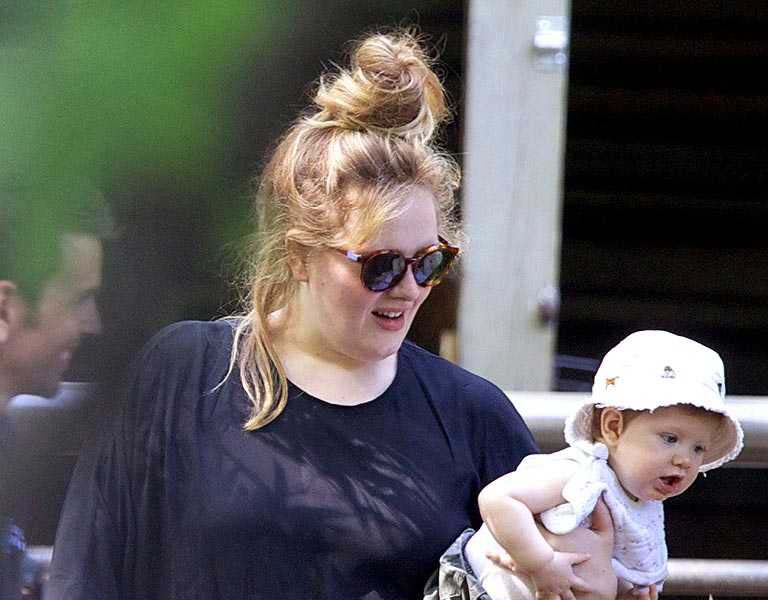 Regarding her political views, Adele is a supporter of the Labor Party. She has also started being a feminist, believing that everyone should be treated equally, including race and sexuality. She is also supportive of the LGBT community, and she dedicated her show in Antwerp, Belgium, in remembrance of the victims of the mass shooting at a gay nightclub. Moreover, she supports her local football club Tottenham Hotspur.

After her graduation, Adele published her debut album named ’19’ in 2008, which was named after her age when she began recording. The album featured two popular lead singles’ Hometown Glory’ and ‘Chasing Pavements’ which rose her to overnight fame. She was also nominated for a 2008 Mercury Prize award for her album ’19.’ Also, in the same year around March, she signed a deal with ‘Columbia Records’ and ‘XL Recordings’. Adele also did her world tour ‘An Evening with Adele’ with lasted till June 2009. She became the musical guest on 18 October 2008 episode of NBC’s ‘Saturday Night Live,’ which earned its best ratings in 14 years with 17 million viewers. During 2010, Adele performed a widely publicized duet of Lady Antebellum’s ‘Need You Now’ with Darius Rucker.

Similarly, her second album ’21’ released on 24 January 2011.  The album was a success, and she received much appreciation for its classic American R&B and jazz style. Songs like ‘Rolling in the Deep’ and ‘Someone Like You’ became a significant hit. Likewise, the album’s single ‘Set Fire to the Rain’ became Adele’s third No. 1 single on the ‘Billboard Hot 100,’ and she became the first artist ever to have an album at the No.1 position on the ‘Billboard 200’ concurrently with three No.1 singles. In 2012, she composed and recorded the theme song ‘Skyfall’ for the James Bond film of the same name. This song also became very popular and sold out more than five million copies worldwide. 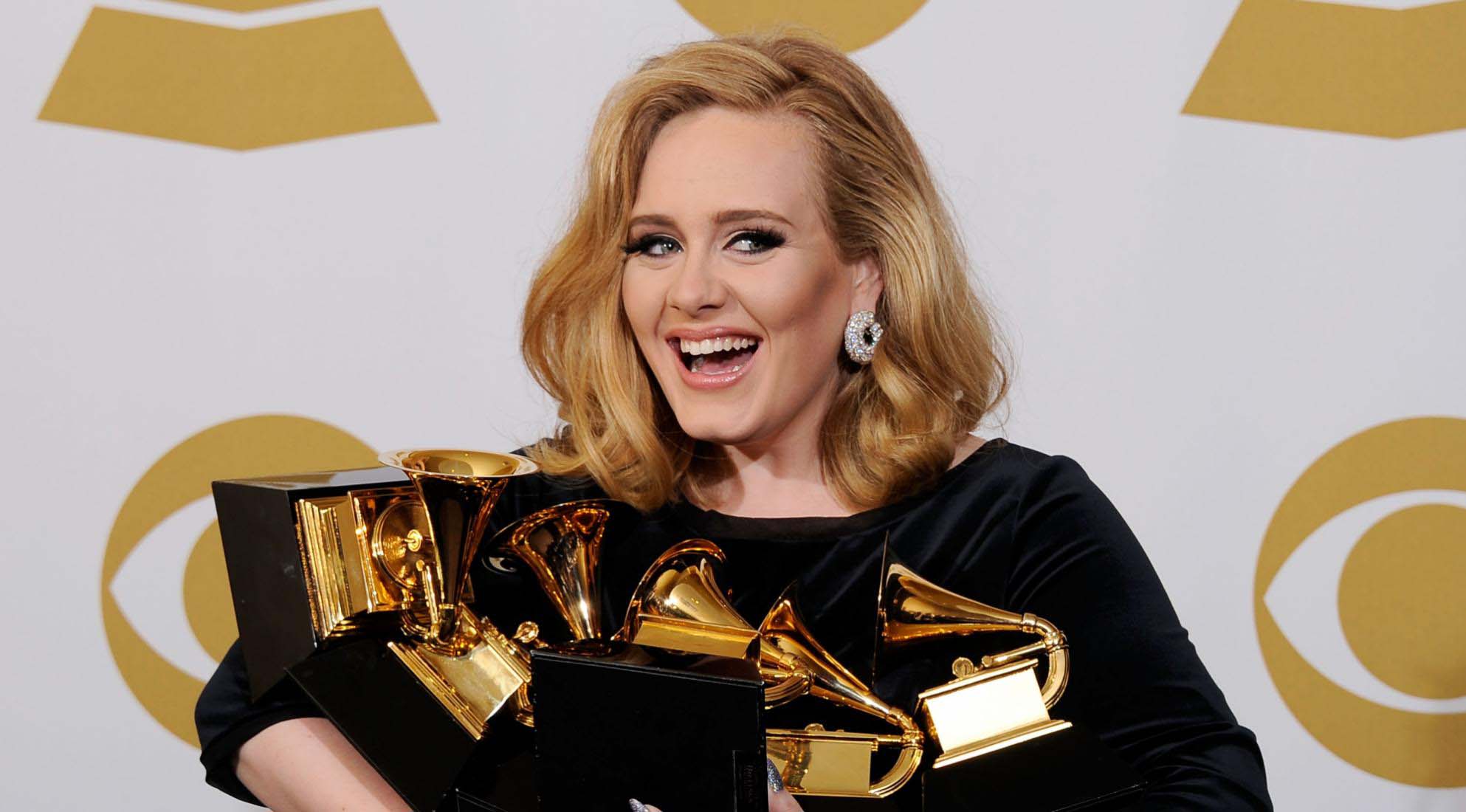 Adele released her album ’25’, which was a hit in November 2015.  She also believed that ’25’ will be her last album with her age as its title.  The lead single from the album, ‘Hello’ debuted at No. 1 on Billboard’s pop charts. This song viewed over 27.7 million times on YouTube in its first 24 hours, breaking the Vevo record ‘Bad Blood’ by Taylor Swift. By the end of 2015, it sold 12.3 million units globally and became the year’s 7th best-selling single despite being released late in 2015. In 2016, she again did her world tour in Europe, Spain, Germany, Italy, and The Netherlands. Adele announced the release of her album as 4 September 2020 in her friend’s marriage.

Adele did several performances in numerous charity concerts throughout her career. She is also a significant contributor to the organization named MusiCares, a charity organization founded by the National Academy of Recording Arts and Sciences for musicians in need. She also raises money for organizations that promote research to reduce the infant mortality rate. Along with singing, she also appeared in TV series as a musical guest role. Her first appearance in the TV show was in 2007 ‘Later with Jools Holland.’

Adele being excellent in singing, has been honored with several awards. In 2009, she received ‘Grammy Awards’ in the ‘Best New Artist’ and ‘Best Female Pop Vocal Performance’ categories. She ranked No. 5 on VH1′s 100 Greatest Women In Music in 2012. She also became one of the 100 most influential people in the world by the American magazine Time the same year. Likewise, she received the ‘Academy Award’ in the ‘Best Original Song’ category for the James Bond theme song ‘Skyfall’ in 2013.

Adele is a famous singer and a songwriter known worldwide. As of 2020, her net worth is estimated to be $190 million.