An American actress well-known for her role from her debut film ‘The Princess Diaries’ as Mia Thermopolis.

Who is Anne Hathaway?

Anne Hathaway is a prominent actress who has been involved in this entertainment field since 1999 to date. She is the recipient of multiple awards and is also considered one of the highest-paid actresses. In her debut film ‘The Princess Diaries,’ Anne was a well-known face to the industry as her acting skills were much appreciated. As her mother is also from this background, she always wanted to be involved in this field from her childhood. Likewise, before entering the film directly, Hathaway first did commercials and then did stage productions programs and then eventually made into acting in movies and series. She is also a singer and producer who have lent her voice in singing different songs and has ventured into producing films. 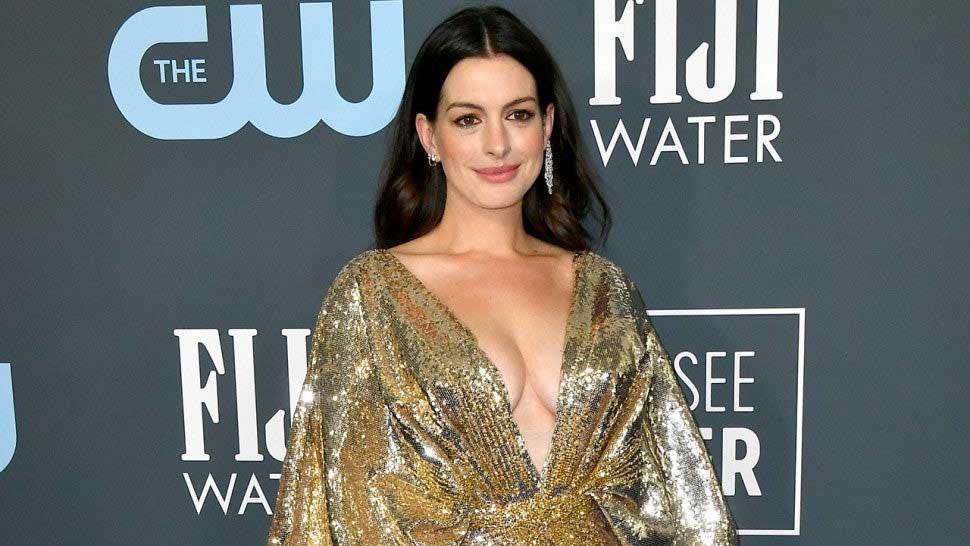 Anne Jacqueline Hathaway was born as the second child of the family on November 12, 1982, in Brooklyn, New York, USA. She was born to father Gerald Thomas Hathaway, a labor attorney, and to her mother, Kate McCauley, a former stage actress. She was raised alongside her one elder brother Michael and one younger brother Thomas. Anne is currently 37 years old with a Scorpio star sign.

Anne Hathaway holds an American nationality and identifies herself as a nondenominational Christian. She is of White ethnicity with Irish and French ancestry. She also has distant German and English origins. Besides this, her body measures 34-25-35 inches, respectively, with a slim body type. Anne stands 5 feet and 6 inches (1.73m/173cm) tall and weighs around 55 kg (121lbs). Moreover, she has dark brown hair color and eyes color.

Anne Hathaway did her schooling at Brooklyn Heights Montessori School and Wyoming Elementary School. She attended Vassar College and later enrolled at the Gallatin School of Individualized Study under New York University for her college.

Anne Hathaway dated a real estate Raffaello Follieri in 2004, but he was sent to prison due to his evil works. On September 29, 2012, she got married to actor Adam Shulman. This couple has two sons named Jonathan Rosebanks Shulman, born in March 2014, and Jack Shulman, born in November 2019. 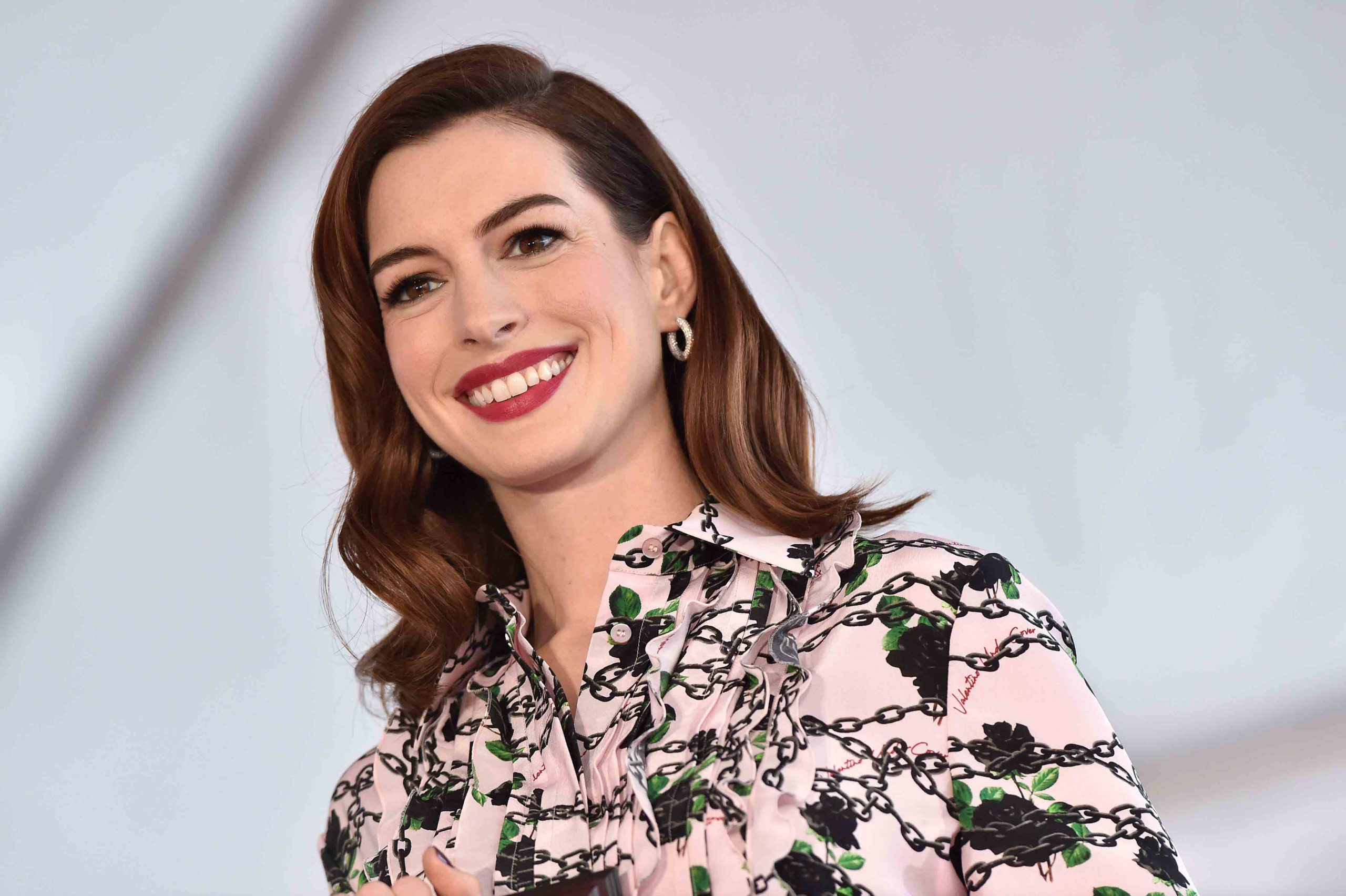 Anne Hathaway landed her first appearance on the small screen in the 1999 comedy-drama series Get Real. She appeared in 22 episodes, which lasted till 2000. Anne then took seven years gap from the series and appeared in the 2007 television select show Elmo’s Christmas Countdown. She then appeared as a host in ‘Saturday Night Live’ in 2008. The next year, she also lent her voice to the character Jenny from ‘The Simpsons.’

The following year, she again lent her voice in ‘The Simpsons’ as Princess Penelope, hosted ‘Saturday Night Live’ also, and lent voice in Family Guy. She then appeared in the 2015 series ‘Hit Record on TV’ as Vivica Virus and in Lip Sync Battle. Likewise, she appeared in ‘Documentary New!’ in 2016, and in 2019, she featured in two episodes as Lexi in Modern Love. Recently, in 2020 she appeared in ‘Sesame Street: Elmo’s Playdate’ in a TV select show.

Talking about Anne’s filmy career, she received her breakthrough moment from her debut film ‘The Princess Diaries,’ where she played Mia Thermopolis.  She also reprised Mia’s role in the sequel film ‘The Princess Diaries 2: Royal Engagement’ in 2004. Meanwhile, she did other movies like ‘The Other Side of Heaven’ in 2001, ‘Nicholas Nickleby’ in 2002, her first voice role in the film ‘The Cat Returns’ in 2003, and in ‘Ella Enchanted’ in 2004.

This film revolves around the story of two men who deal with a complicated emotional and sexual relationship. She also appeared in ‘Havoc’ and ‘Hoodwinked’ the same year. One of her career’s main leading characters was in the 2007 biographical romantic drama film ‘Becoming Jane’, where she played Jane Austen. In the subsequent years from 2008 to 2010, she appeared in many movies, out of which her notable works were in ‘Get Smart,’ ‘Valentino: The Last Emperor,’ ‘Rachel Getting Married,’ and in Alice in Wonder Land. Her roles in all these films were praised. 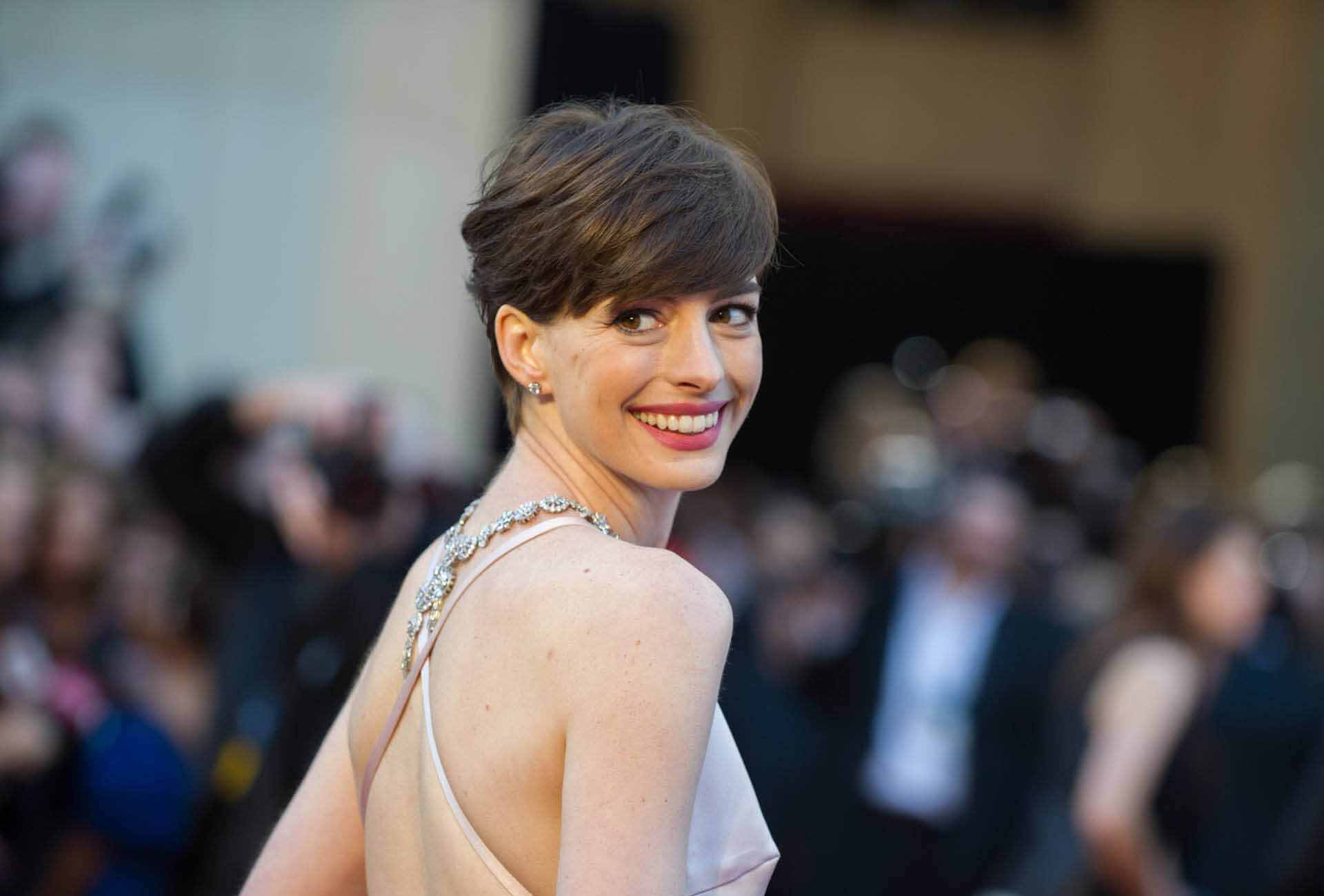 Furthermore, another successful film was in 2012 when she played a drama film Les Misérables. In this film, she played Fantine, who is low, and she struggles to raise her child. Moreover, she also featured in the movies like ‘The Dark Knight Rises’ the same year and ‘Don Jon’ in 2013. In 2014, she also became a producer who acted and produced the film Song One. She also had the voice role in ‘Rio 2’ as Jewel the same year. Her recent latest movies were ‘Colossal’ in 2016, ‘Serenity,’ ‘The Hustle,’ and ‘Dark Waters’ in 2019, and ‘The Last Thing He Wanted’ in 2020.

Anne Hathaway has overall received 65 nominations, out of which she has won 54 of them. Some of the prestigious awards are Academy Award, Golden Globe Award, MTV Movie Award, Primetime Award, and Screen Actor Guild Award, which she won as her contribution to this entertainment field.