Who is Damian Lillard?

Damian Lillard is a competitive American basketball player, as well as a rapper. The experienced player plays for the Portland Trail Blazers of the NBA (National Basketball Association). Furthermore, Damian has recorded to be a four-time All-Star among the four players in the Trail Blazers franchise. He plays from the position of Point Guard. During his college, he played from the Weber State as a freshman. 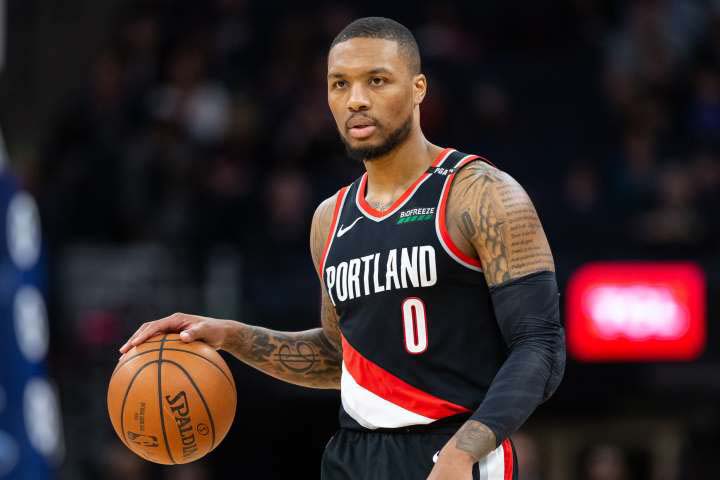 Damian Lillard was born on July 15, 1990, in Oakland, California, with the birth sign of Cancer. He was born to his father, Houston Lillard, and his mother, Gina Lillard. He grew up along with his two siblings; sister LaNae and brother Houston. His brother Houston is a football player and plays in an Indoor Football League. From a very young age, Damian showed his interest in basketball and skating. Moreover, he used up most of his time either at the neighborhood skating-rink or at the basketball court. Furthermore, Damian holds an American nationality, and as per ethnicity, he belongs to Black.

Besides, with a height of 6 feet 3inches (1.91 m) and weigh about 88 kg (195 lbs), Damian has been able to maintain his body fit and healthy. Also, he has the chest size 43 inches, bicep size 16 inches, and waist size 33.5 inches. Furthermore, his dark brown eyes and black hair makes him look more attractive.

For his school, firstly, Damian attended St. Joseph Notre Dame High School, located in Alameda, California. Later, he moved to Oakland High School for the last two years until graduation. During the time, the coach Orlando Watkins trained him. During his junior year, he averaged 19.4 points in each game. However, improving his game, he made a record of 22.4 points and 5.2 assists in each game during his senior year.

Moreover, he played for Oakland’s premier “Amateur Athletic Union” basketball program being the “Oakland Rebels.” Damian drove Oakland to make a record of 23-9. However, Rivals.com noted him as a two-star prospect.

After being certified from the school, Weber State University, situated in Ogden, Utah, offered him a scholarship to play. From the University, he certified in May 2015 with a degree in professional sales. Besides, Damian improved his game. During his early year, Damian averaged 19.9 points in each game. He drove the college to the “Weber State Wildcats” in the regular-season conference championship. His outstanding game made him gain the name of “Big Sky Player of the Year” in addition to be honored as the All-American. 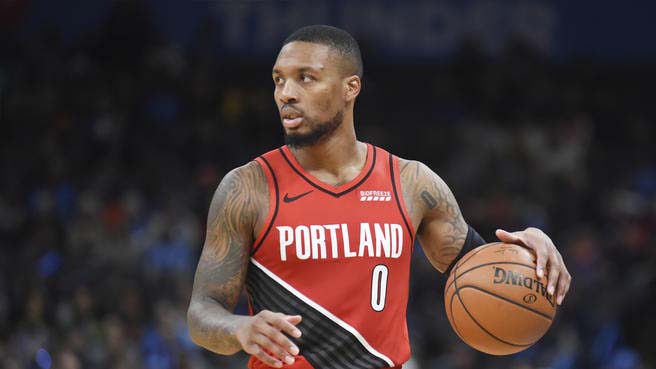 Sadly in 2010-2011, Damian suffered from a foot injury, which made him take a redshirt for some time. As a redshirt junior, he made a record of 24.5 points per game. Likewise, in opposition to the game with San Jose State, he made his career-high with 41 points. Moreover, his performance made him grab his second award of “Bif Sky Player of the Year.” Damian completed his college career being in the second position of the scorer in the history of Weber State and in the fifth in the history of Big Sky. Deciding to enter the 2012 NBA draft, he left his senior season.

Damian started his professional career in 2012. The Portland Trail Blazers chose him with the sixth overall pick. In his first game in NBA, he averaged 20 points and 10 assists. In a total of 82 games, he scored 19 points per game, which made him win the “NBA Rookie of the Year Award.” From the first season only, he proved him to be an excellent player.

Likewise, during his second season, he made the record of his career-high 41 points. He created a record, making 26 points in a single quarter. By the end of the season, he enlisted in the “All NBA Third Team.” Damian record in the third season was unfortunate; however, he made the record of hitting the most three-pointers in only three seasons. In 2015, he became in the “NBA All-Star Game.” Moreover, he signed a contract with Portland for five years worth $120 million.

Furthermore, Damian made the record of being the fastest player to score 600 three-pointers in 247 games, also, to attain 5000 points and 15000 assists. However, after his 275 games, he suffered from a left foot injury and missed six games. Later, he made the record of scoring 163 points in the first five games. Moreover, he gained the honor of being the 11th player to score 2000 points in a career. I addition, he became the “Western Conference Player of the Month” in April, scoring nine three-pointers.

Besides his professional career in basketball, Damian has also gained popularity as a hip-hop artist and rapper. Damian began the trend “Four Bar Friday,” where he, along with some other person, posts a video of themselves rapping a small verse on Instagram every Friday with a hashtag #4BarFriday.

Besides, he has also released his first single in July 2015 named “Soldier in the Game.” Then, he released his first album in October 2016, called “The Letter O in October.” Similarly, his second album “Confirmed” aired in the next year. Furthermore, Damian ha appeared with several other famous singers like Paul Rey, Lil Wayne, Dupre. 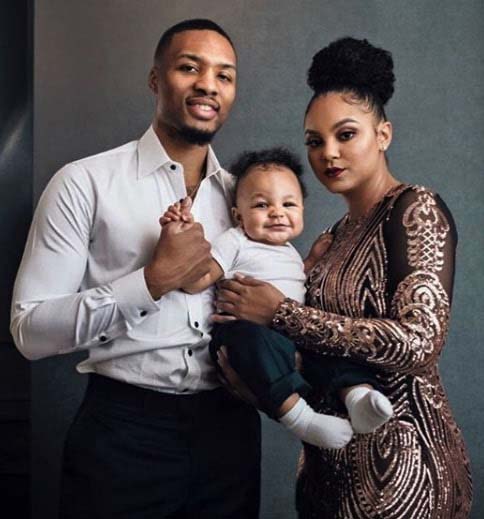 Damian, though, is unmarried, he is in a serious and romantic relationship with his college girlfriend, Kay’la Hanson. Damian and Kay’la met during the college. Moreover, the pair has a son together, born on March 29, 2018. Presently, they are residing in a prosperous Portland neighborhood of West Linn.