Who is Madelaine Petsch?

Madelaine Petsch is an American actress who has started her career in the entertainment field in 2014 and has been actively involved here to date. Meanwhile, she also started her own YouTube Channel in 2017 and showed her emotional energy on that platform too. As an actress, Madelaine is famous for her role in the teen drama series named ‘Riverdale,’ where she portrayed Cheryl Blossom’s role. She showed her interest in acting since her childhood days and finally debuted her acting role in the 2015 film ‘The Hive’ in a small part. Eventually, she stepped further in this field and rose into prominence. Her outstanding performance has helped her to receive a few nominations and awards. 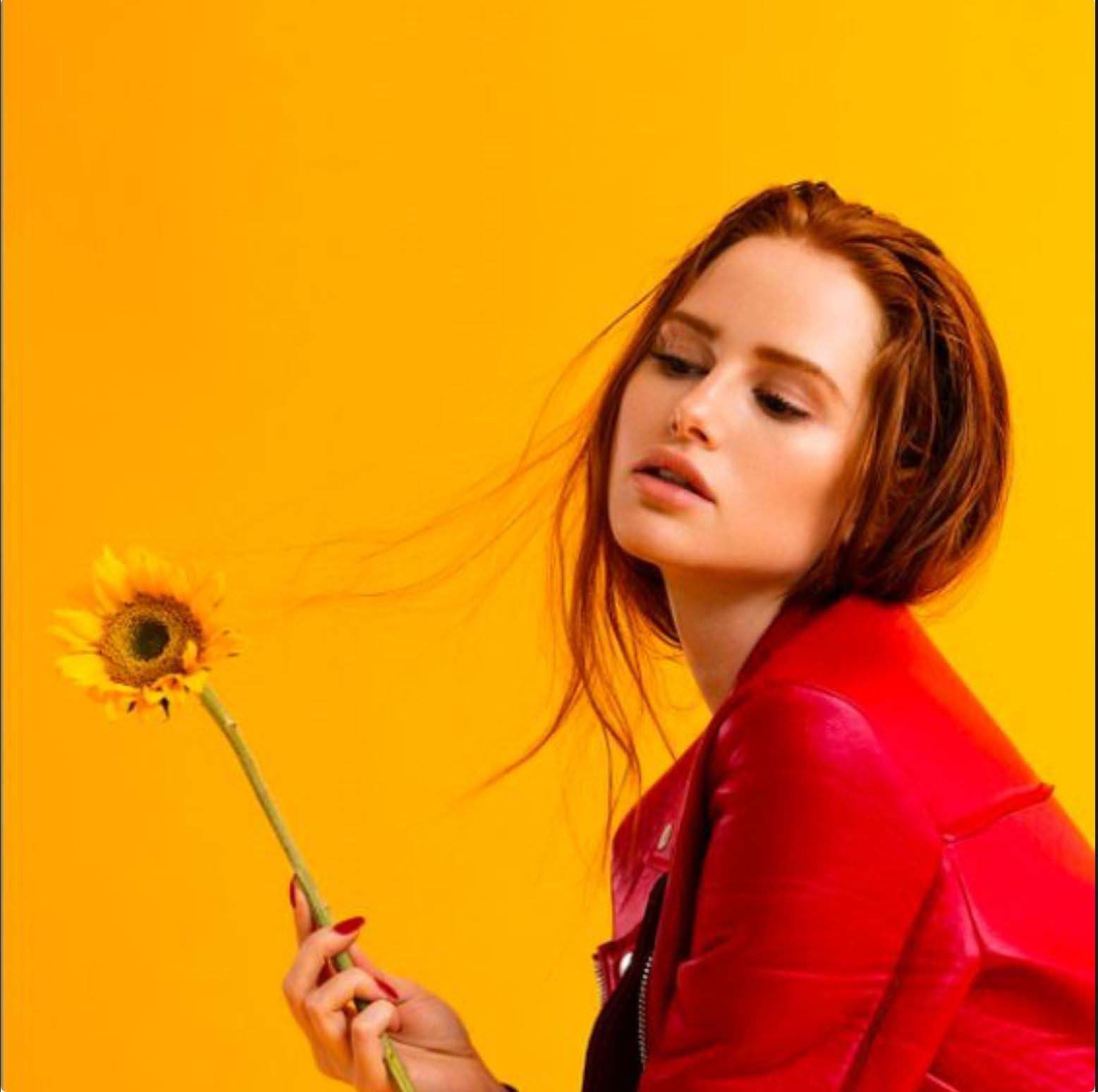 Madelaine Grobbelaar Petsch was born to father Timothy S Petsch and to mother Michele Petsch on August 18, 1994, in Washington, United States. Though she was born in the U.S.A., her parents were from South Africa. She was raised and grew along with a brother named Shaun Petsch. She is currently 26 years old with Leo sun sign.

Madelaine Petsch holds an American nationality, and as per ethnicity, she is of the white race. She is of South African ancestry. Besides this, she stands 5 feet 6 inches (1.68m/168cm) tall and weighs around 54 kg (119lbs). Madeline has a slim body type measuring 33-24-34 Inches, respectively. She has a pair of light brown colored eyes with red hair color.

Madelaine Petsch started taking dance when she was just three years old. Moreover, she also took theatre classes at the age of five. Madelaine also often visited South Africa as her parents were from there. She completed her primary education from public school and attended Tacoma School of the Arts for her higher studies. She did not enroll at any colleges to focus on her acting career.

Madelaine Petsch previously dated Aaron Carter from 2014 to 2016. After they broke up, she started her relationship with Travis Mills in 2017, an actor and singer. Moreover, she is an animal lover and identifies herself as a vegetarian. 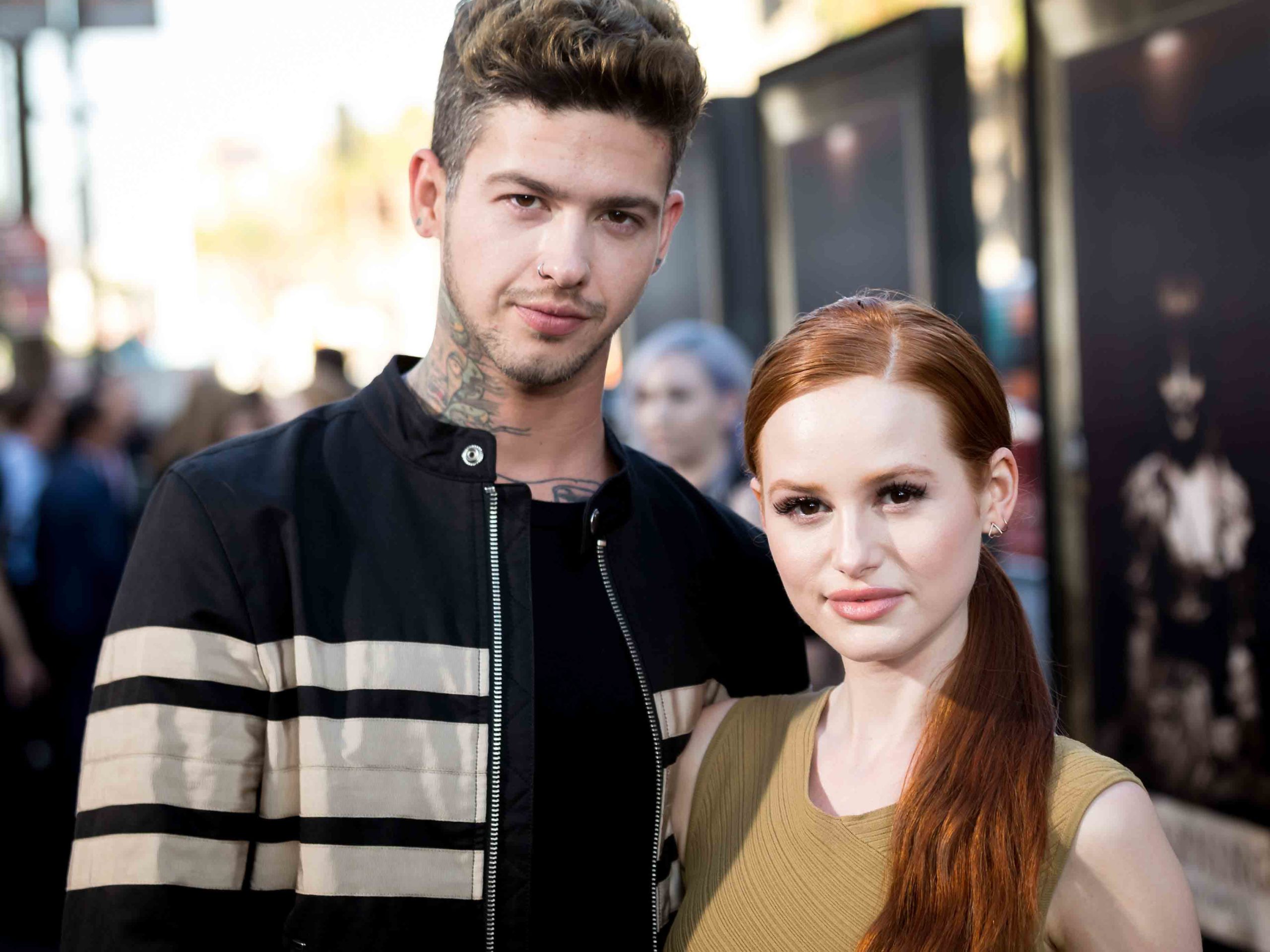 Madelaine Petsch landed her film debut in 2014 in a small role in the horror film ‘The Hive.’ She was then seen as Eliza in the 2016 film ‘The Curse of Sleeping Beauty,’  a fantasy horror film adapted from a comic book of the same name. The next year, she featured in a direct-to-video movie called ‘F the Prom,’ which is a teen comedy film, and she portrayed Marissa’s role. Likewise, in 2019 she was seen in a supernatural horror film ‘Polaroid’ as Sarah. In 2020, she acted and ventured in a movie as a co-producer called ‘Sightless’ as Ellen Ashland.

Madelaine Petsch was starred in an episode of ‘Instant Mom’ in 2015 as Mermaid. The next year, she auditioned for the series ‘Riverdale.’ Initially, she was auditioned for a small role. Still, due to her excellent acting skills, she was selected for the position of Cheryl Blossom, which is one of the main characters from the show. The series is a teen mystery drama which was based on the Archie Comics, and the first episode was aired on January 26, 2017, by The CW Channel. 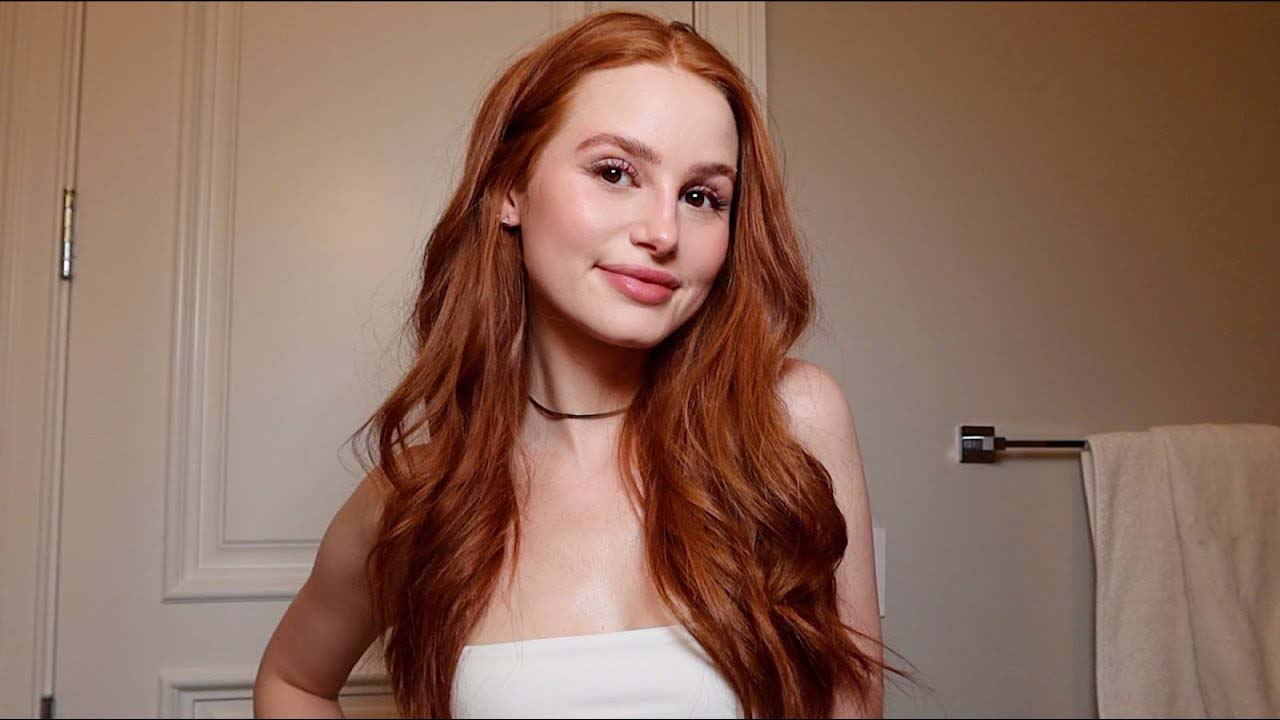 Her role as Cherry was a rich girl who was very manipulative. This series brought Madelaine worldwide popularity due to which she also won some accolades. The series got good reviews and have already aired 4 seasons with 76 episodes. The fifth season is dated to be released in January 2021. Furthermore, in 2020 she was seen in voice roles of series like ‘The Simpsons’ as Sloan and ‘Day by Day’ as narrator.

Madelaine Petsch has received nominations awards for her work in ‘Riverdale.’ She has won Teen Choice Awards in 2017 and 2018 under Choice Hissy Fit. Likewise, she has also been awarded MTV Movie & TV Awards in 2018 for the category ‘Scene Stealer.’

Madelaine Petsch is a popular actress and YouTuber who earns from her acting and YouTube career. Her current net worth is approximately $4 million.