Who is Mckenna Grace?

Mckenna Grace is an American teen actress who began her professional career in acting at 6 in 2012. She started her career as a child actress, and her portfolio is impressive compared to the adult actors and actresses. Grace came into the limelight from her debut television series ‘Crash & Bernstein’, where she portrayed the role of Jasmine Bernstein. Likewise, she has appeared in different films and series to date. Apart from these, she also featured in a music video called ‘Queen of Broken Hearts’ in 2020. In this music video, she shared her screen with the artist named Blackbear. Additionally, she has received nominations and won different awards for her amazing acting roles. 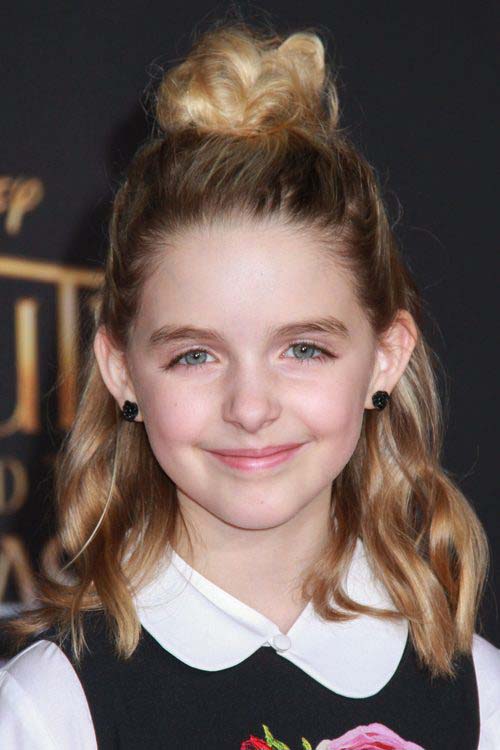 Mckenna Grace always had an interest in acting, and she was a huge fan of Shirley Temple. Her mother also supported her, which became easier for her to involve in this field. Moreover, she is the first member of her family to be working in this show business. Talking about her education, she is homeschooled. Likewise, she also states that she had an interest in singing and dancing too.

Mckenna Grace holds an American nationality, and as per her ethnicity, she is White. Moreover, she is of English descent. Besides this, she stands 5 feet and 0 inches (152cm/1.52m) tall and weighs around 45 kg (99lbs). She has a slim body type with deep-set eyes and thin lips. Additionally, she has a pair of blue-colored eyes and blonde hair color.

Mckenna Grace is a huge dog lover. She has two dogs of different species; Morkie named Marshmallow and a Pomeranian named Baby Unicorn. She often spends time with her dogs. Moreover, she is a vegetarian and is allergic to cats. 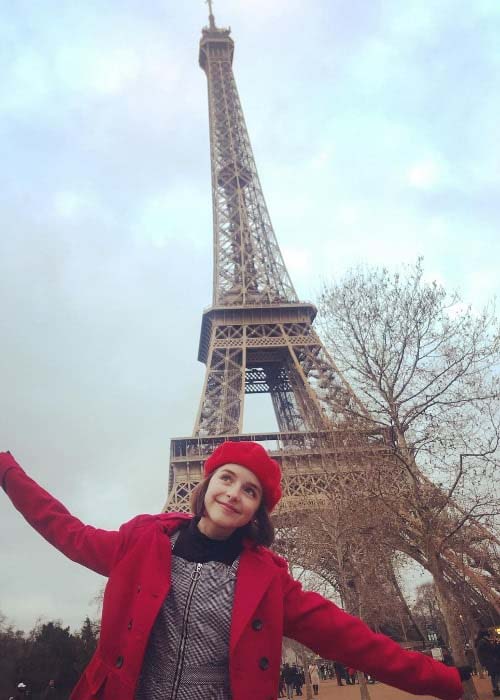 Mckenna Grace is popular in her social media accounts who have gained a massive fan following at this early age. Her Instagram account (@mckennagraceful) has 1.2 million followers, and her Twitter handle (@MckennaGraceful) has 53.3 thousand followers. She does not have a Facebook page. Likewise, she has her own Youtube channel with 144 thousand subscribers.

Mckenna Grace started her acting career in a television series in 2012. She auditioned for the series Crash & Bernstein and was selected for the role of Jasmine Bernstein. The next year, she appeared in three different series, ‘Instant Mom,’ ‘The Goodwin Games,’ and ‘The Young and the Restless,’ which ran till 2015. Meanwhile, she also had a voice role in the series ‘Clarence’ in 2014. The same year, she also became one of the casts of the animated mystery comedy series Gravity Falls.’ In 2015, she portrayed the role of Young Caroline Forbes in the series ‘The Vampire Diaries.’ Caroline Forbes is played by the actress Candice King. Moreover, she also appeared in other series in 2015 like ‘Dog with a Blog,’ ‘Pickle and Peanut,’ ‘CSI: Cyber,’ and ‘Once Upon a Time.’

Likewise, in 2016 she appeared in three different series like ‘Fuller House, ‘Designated Survivor,’ and ‘The Lion Guard,’ where she had a voice role. From 2017 to 2019, she had a voice role in the series ‘Mickey and the Roadster Racers’ as Bitsy. Furthermore, in 2018 she appeared as Young Theodora Crain in seven episodes of ‘The Haunting of Hill House’ and 4 episodes of ‘Young Sheldon.’ She also starred as Emma in the television film ‘The Bad Seed’ in 2018.

Mckenna Grace landed her first film role in the 2012 short film ‘R’ as Young Riley. The next year, she landed two film roles in ‘Goodbye World’ and ‘Suburban Gothic.’ In 2015 and 2016, she appeared in films like ‘Frankenstein’ as Molly, ‘Mr. Church’ as Isabel, and ‘The Angry Birds Movie’ where she had a voice role to Ella Bird. Likewise, she also became one of the casts of the film ‘Amityville: The Awakening’ in 2017 as Juliet Walker. In this film, she starred alongside Bella Throne, Jennifer Jason Leigh, Cameron Monaghan, etc. The same year, she also starred in the movie ‘I, Tonya,’ where she had the role of Young Tonya Harding.

Furthermore, in 2018 she appeared in two films, ‘Ready Player One’ and ‘The Bad Seed.’ She also played in a superhero film ‘Captain Marvel’ in 2019, where she played the role of Young Carol Danvers. The adult part of Carol is played by the actress Brie Larson. Moreover, she also starred as Judy Warren in the supernatural horror film ‘Annabelle Comes Home.’ Herself, Madison Iseman, Katie Sarife, Vera Farmiga, and Patrick Wilson are the main characters of this film. She recently voiced over in the movie ‘Scoob!’ in 2020 as Young Daphne Blake. 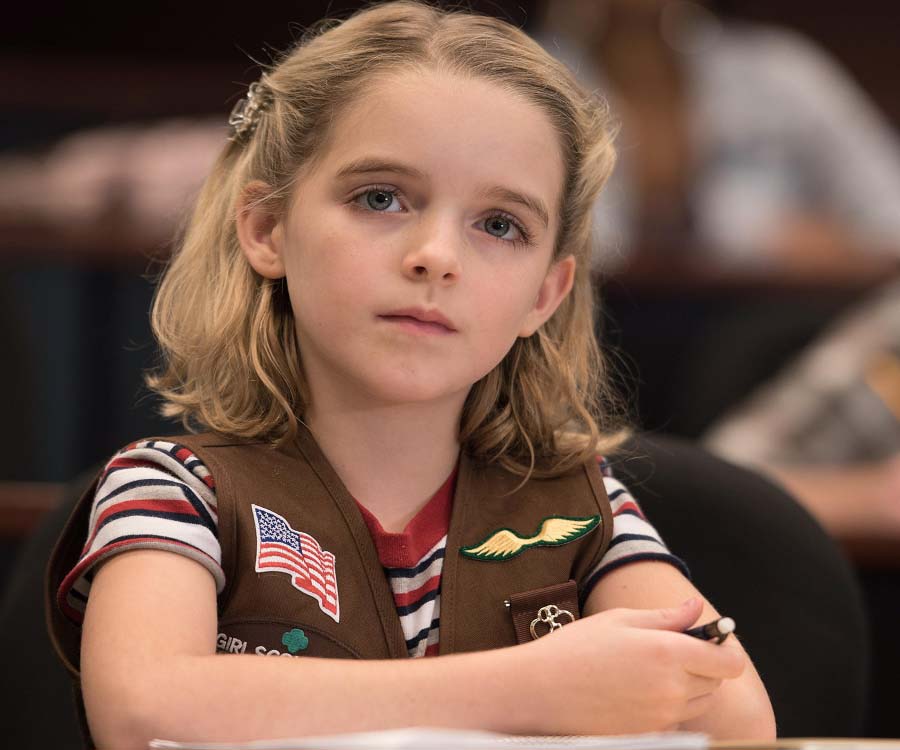 Apart from acting in films and series, Mckenna Grace has also worked in YMCA commercials. Moreover, she has also endorsed different brands like CHANEL, Nadya Dzyak, Mischka Aoki, etc., through her Instagram account.

Net Worth of Mckenna Grace

Mckenna Grace is a teen actress who started her career as a child artist. Her estimated net worth is $2 million as of 2020.