Naomi Campbell-Professional Actress, model and businesswoman, considered one of the most recognizable models.

Who is Naomi Campbell?

Naomi Elaine Campbell is an English model, actress, and businesswoman. At the age of 15 in the late 1980s, she established herself amongst the most recognizable and in-demand models. In the 1990s, she was one of the six models of her generation declared supermodels by the fashion industry and the international press. Campbell has also embarked on other ventures including an R&B-pop studio album and several acting appearances in film and television such as the modeling-competition reality show “The Face” and its international offshoots. She is also involved in charity work for various causes.

Campbell was born on May 22, 1970, with the name Naomi Elaine Campbell in Streatham, South London, England. She is currently 50 years old. She was born to mother Valerie Morris who is a Jamaican-born dancer. Campbell has never met her father as he abandoned her mother when she was four months pregnant and went unnamed on her birth certificate. She took the surname “Campbell” from her mother’s second marriage. She has a half-brother named Pierre. 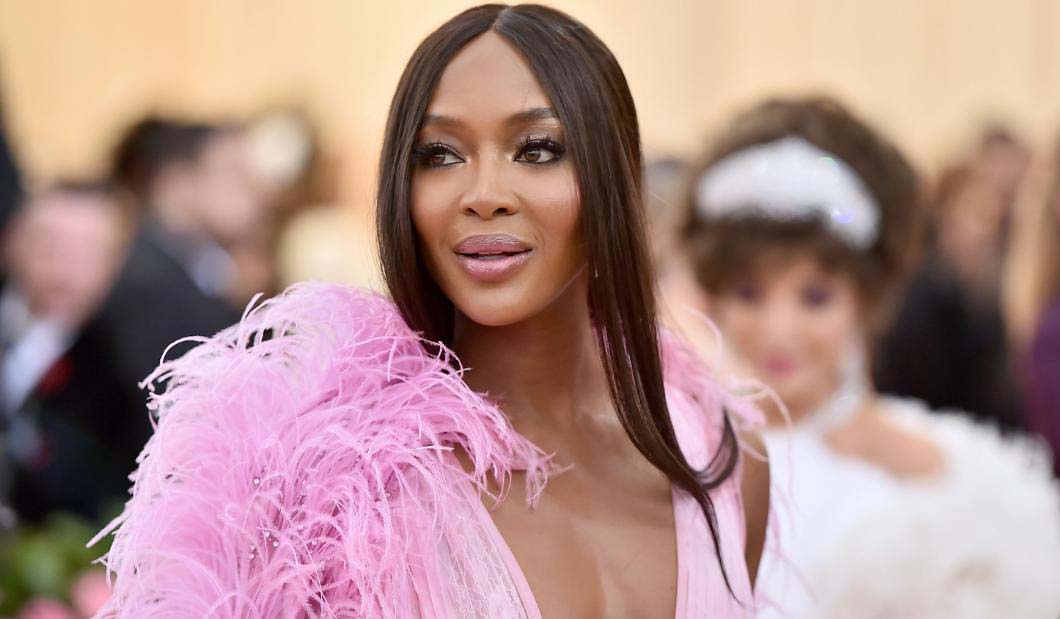 Campbell had spent her early years in Rome, where her mother worked as a modern dancer. When they returned to London, Campbell used to live with relatives while her mother traveled across Europe with the dance troupe Fantastica. She studied at Barbara Speake Stage School from the age of three. Eventually, at the age of 10, she was accepted into the Italia Conti Academy of Theatre Arts where she studied ballet.

In 1978, Campbell made her first public appearance in the music video for Bob Marley’s “Is This Love”. She tap-danced in the music video for Culture Club’s “I’ll Tumble 4 Ya” at the age of 12. She was scouted by Beth Boldt while window-shopping in Convent Garden in 1986. Over the next few years, her career progressed steadily. She did a cat-walk for designers such as Gianni Versace, Azzedine Alaia, and Issac Mizrahi and posed for photographers such as Peter Lindbergh, Herb Ritts, and Bruce Weber. Campbell along with Christy Turlington and Linda Evangelista formed a trio known as the “Trinity” by the late 1980s who became the most recognizable and in-demand models of their generation. She appeared on the cover of British Vogue in 1987, French Vogue in 1988, and American Vogue in 1989, becoming the first black model to appear on the cover of Vogue.

In 1990, Campbell became as “The reigning mega model of them all” bu Interview appeared with Turlington, Evangelista, Cindy, and Tatjana on a cover of British Vogue. The group was cast to star in the music video “Freedom! 90.” Schiffer formed an elite group of them along with newcomer Kate Moss as “Big Six.” Eventually, in 1991, she walked for Versace and also starred in the music video for “In the Closet.” In the following year, she posed for the hundredth anniversary cover of American Vogue and also appeared in Madonna’s controversial book “Sex” in the set of nude photos. 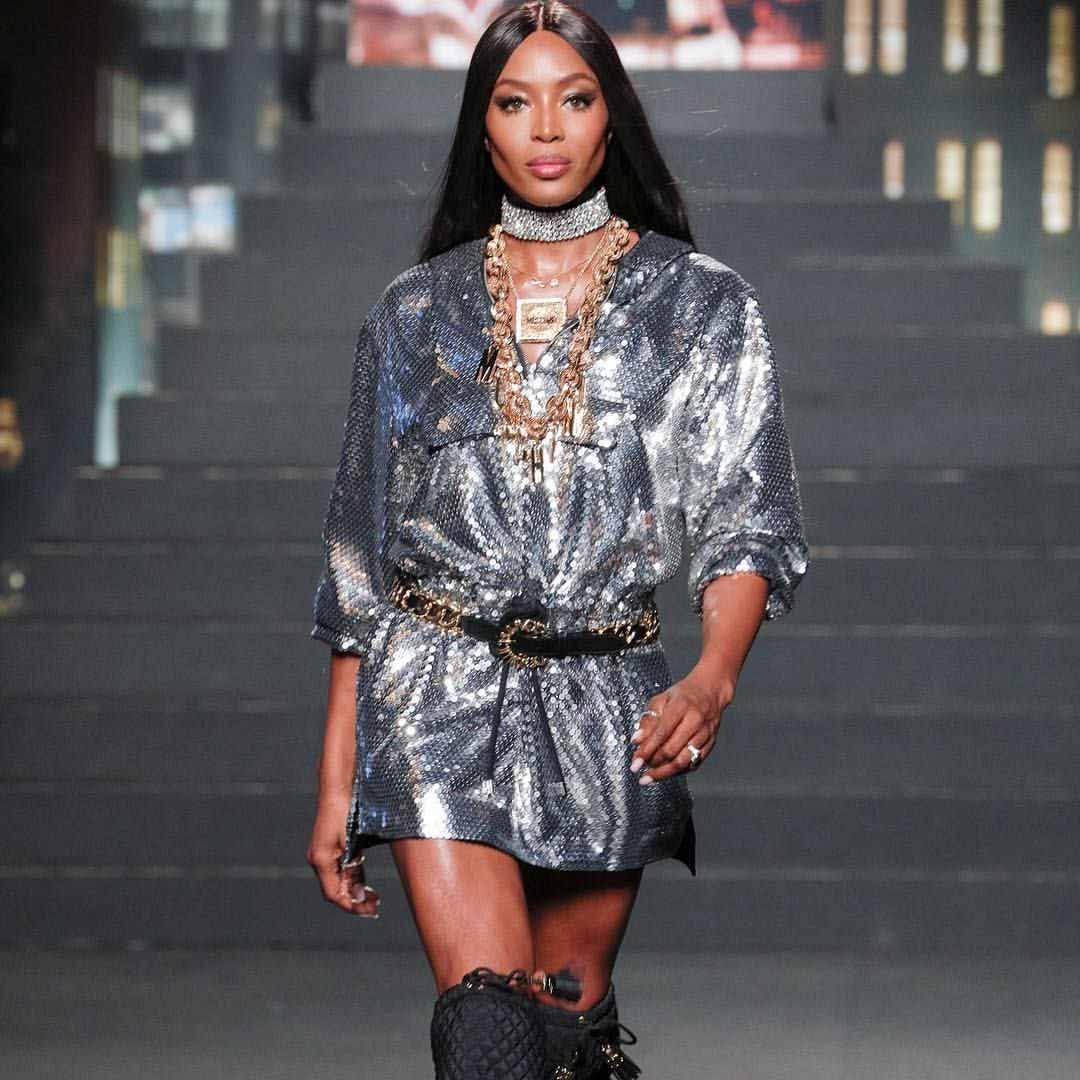 In the 1990s, Campbell branched out into other areas of the entertainment industry. She released her novel, “Swan” and also her album “Baby Woman.” She also had small roles in “Miami Rhapsody,” “Girl 6” and “New York Undercover.” In 1999, she signed her first cosmetics contract with Cosmopolitan Cosmetics, a division of Wella, through which she launched several signature fragrances. She appeared on the cover of the different magazines throughout the decades.

In 2007, she walked the catwalk for Dior’s 60th anniversary at Versailles. Eventually, in 2008, she gathered with the Big 6 group for “A League of Their Own”, a Vanity feature on supermodel legacy. She appeared on the cover of the 40th-anniversary issue of Essence. She then starred in the band’s music for “Girl Panic” and also appeared in the closing ceremony of the 2012 Olympic Games.

In 2013, Campbell graced the inaugural cover of Numero Russia. She also appeared in reality television through the modeling competition “The Face” and its international offshoots. Naomi also hosted the British version of the show as “Sky Living” and also “The Face Australia”. In 2014, she came on the cover of Vogue from different countries. She became TV Personality of the year by Glamour Magazine. She walked the runways for several famous brands and designers and also did an advertisement campaign. In 2015, she starred in the drama named “Empire” and “American Horror Story: Hotel.”

In 2020, amid the COvID-19 pandemic, Campbell began her own series on YouTube, “No Filter with Naomi” in which she conducts conversations with various guests.

In 1993, Campbell engaged U2 bassist Adam Clayton but they cut off their relation eventually in next year. She started dating Leonardo Di Caprio in 1995. From 1998 to 2003, she engaged Flavio Briatore but broke up. Now she considers him as her mentor. She was also in a relationship with Vladislav  Doronin, Robert DeNiro, Hassan Jameel, Sean Combs, Usher, Liam Payne, and Skepta. In 2020, she has started dating Burna Boy. 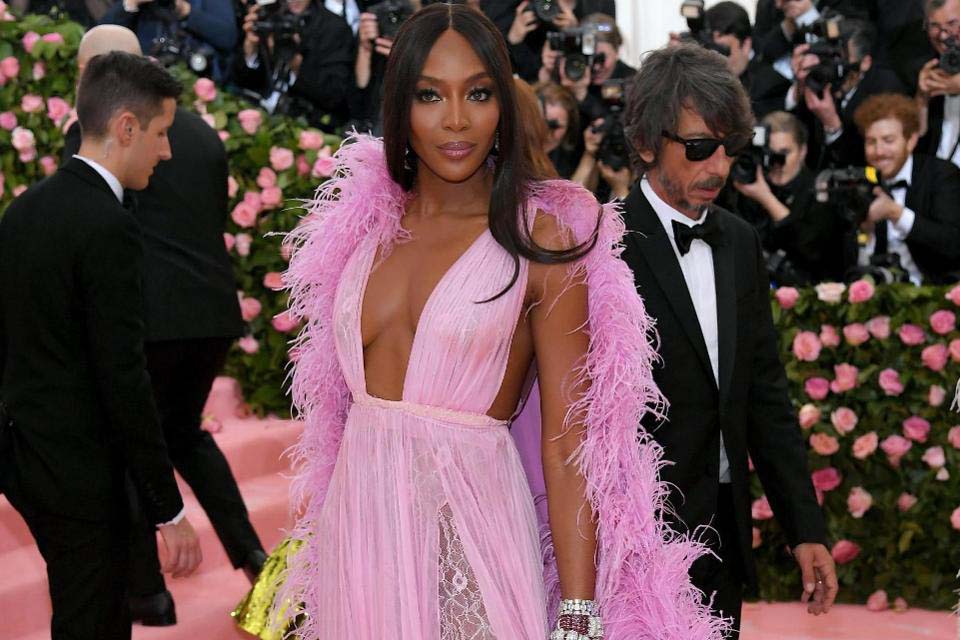 Campbell is British by nationality with a multiracial race. She belongs to Afro-Jamaican and Chinese-Jamaican ancestry.

Naomi is living a luxurious life. She is a famous model has earned a lot of money as well as fame. Campbell currently has about $60 million USD approximately.