Patrick Mahomes II – A Professional American Football Player, Representing Kansas City Chiefs in The NFL, Who Entered in The NFL by The 2017 NFL Draft

Who is Patrick Mahomes II?

Patrick Lavon Mahomes II is a professional American football player. He was born on the 17th of September, 1995 in Tyler, Texas. He plays the position of quarterback for the team Kansas City Chiefs of the National Football League (NFL). Furthermore, he is the son of former Major League Baseball (MLB) pitcher Pat Mahomes. 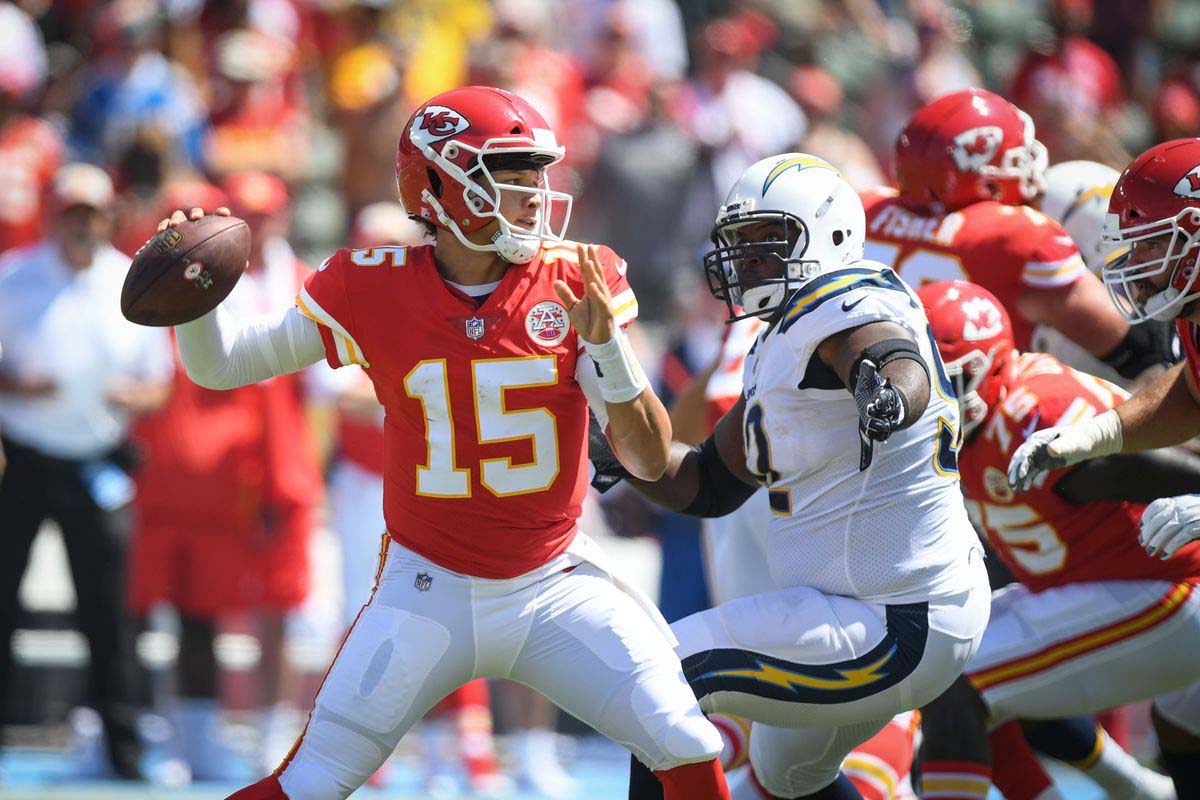 Mahomes is the son of Pat Mahomes Sr. and Randi Mahomes. He grew up along with his brother and sister; Jackson Mahomes and Mia Randall. His parents divorced later. Furthermore, Mahomes attended Whitehouse High School located in Whitehouse, Texas. Furthermore, He played football, baseball, and basketball in High School. In football, he had 4,619 passing yards, 50 passing touchdowns, 948 rushing yards and 15 rushing touchdowns as a senior. Furthermore, Maxpreps named him the Male Athlete of the Year for 2013–2014.

Rivals.com rated Mahomes as a three-star football recruit. He was ranked as the 12th best dual-threat quarterback in his class. Mahomes attended Texas Tech University. Furthermore, he was also a top prospect for the 2014 Major League Baseball draft. However, due to his commitment to Texas Tech, he was not expected to be selected high. Detroit Tigers selected him in the 37th round. However, he did not sign with the team. 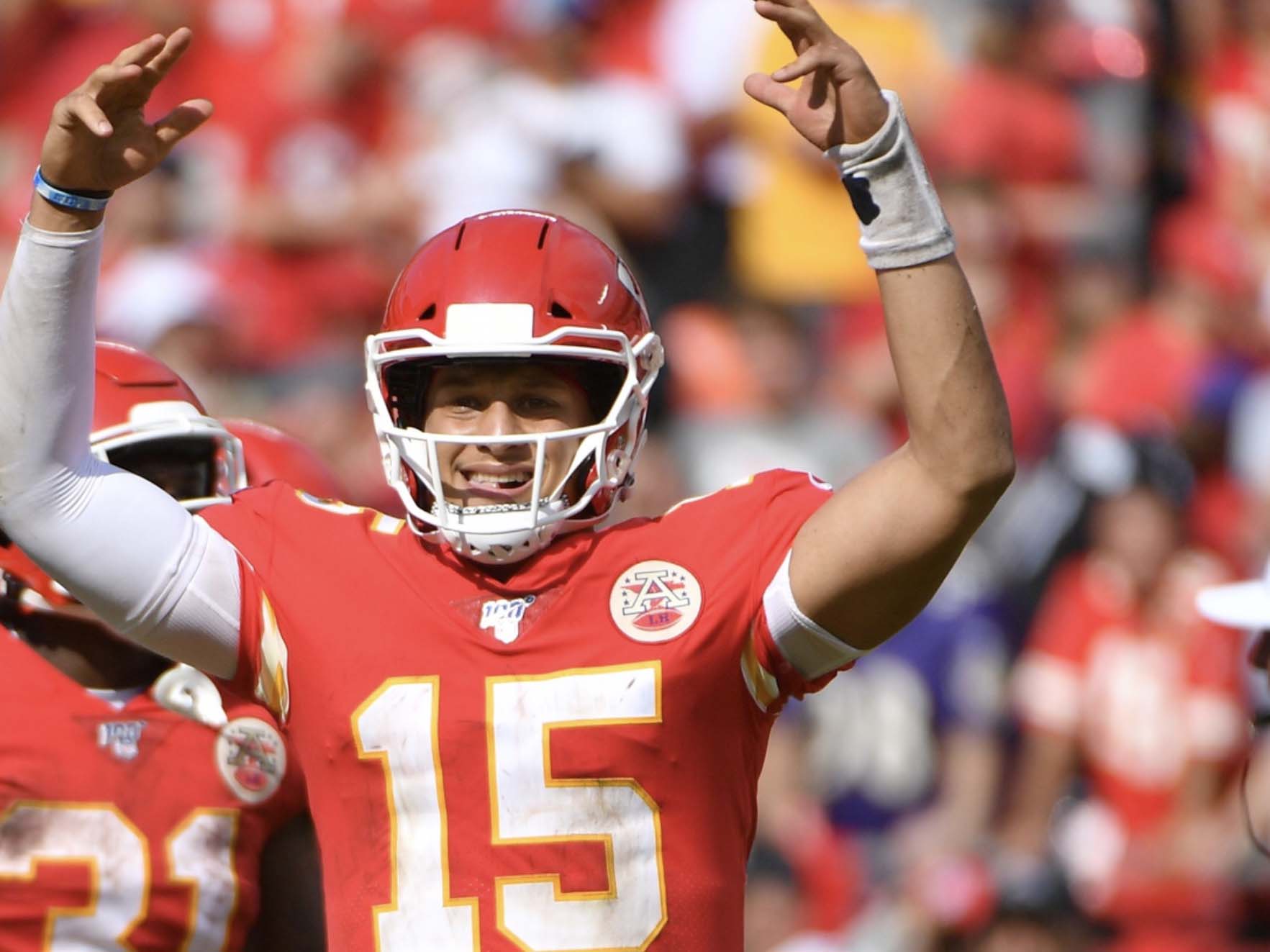 Majority analysts and scouts projected Mahomes as a first or second-round pick coming out of Texas Tech. SI.com ranked him as the second-best quarterback. Furthermore, ESPN ranked him the third-best quarterback, and NFLDraftScout.com ranked him the fourth-best quarterback. Later, He became one of the fastest rising prospects during the draft process. He had 18 private workouts and visits for a team. This was the most for any prospect in 2017. He had workout and visits with were the Arizona Cardinals head coach Bruce Arians, Cincinnati Bengals quarterback coach Bill Lazor, New Orleans Saints head coach Sean Payton. Furthermore, he visited coaches from the Los Angeles Chargers, Cleveland Browns, Chicago Bears, and Pittsburgh Steelers as well. 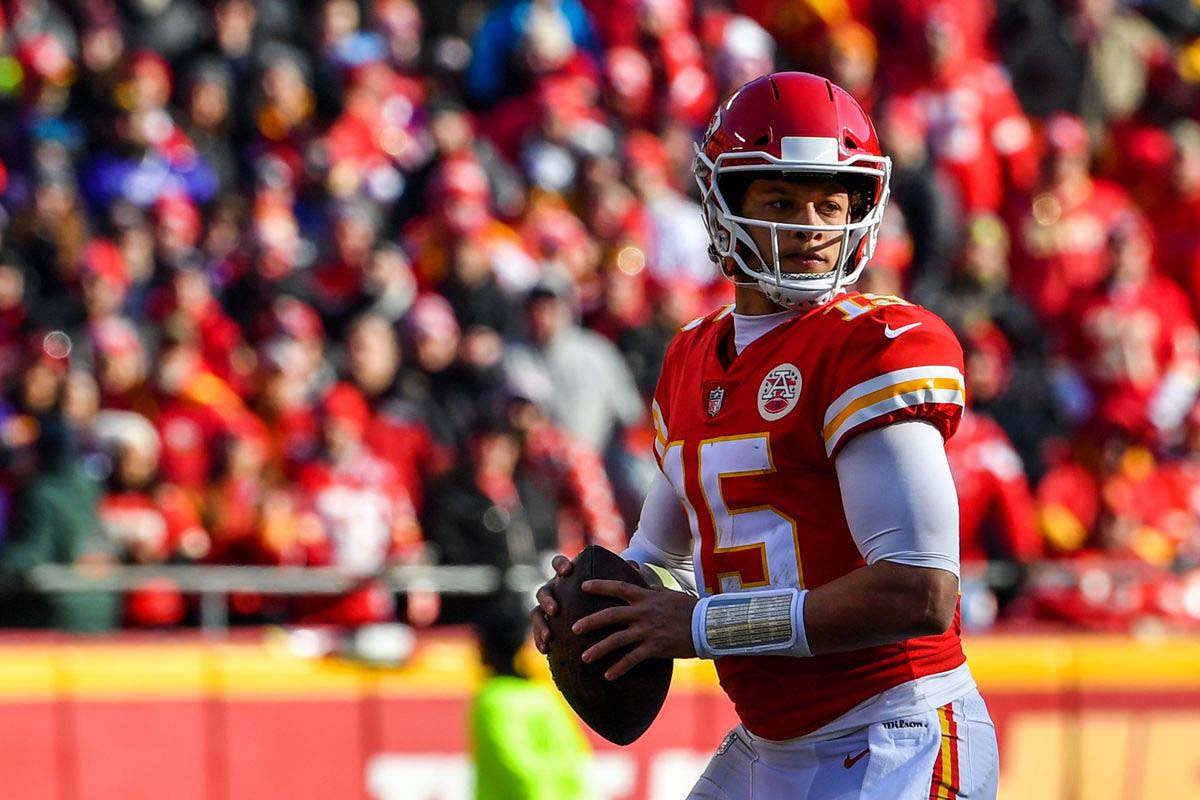 Patrick holds an American nationality. Standing at a height of 6 feet 3 inches (1.88 m) and weigh about 230 lbs (104 kg), he has been able to maintain his body fit and healthy.

Regarding his personal life, he is unmarried. However, he is dating Brittany Matthews. Brittany is a soccer player in addition to, a fitness trainer. The couple has been together since their high school days.

Patrick Mahomes along with earning name and fame has been able to earn a good amount of money. His net worth is estimated to be about $10 million as of 2020.

Raven Symone – An American Actress, Singer, and Songwriter Who Appeared in Numerous Movies and Sitcom, and Released Her Debut Album at The Age of 7

Drew Lock – A Professional American Football Player, Representing Denver Broncos in The NFL, Who Got into NFL When Broncos Drafted Him in The Second Round of The 2019 NFL Draft

Drew Lock - A Professional American Football Player, Representing Denver Broncos in The NFL, Who Got into NFL When Broncos Drafted Him in The Second Round of The 2019 NFL Draft