Who is RJ Barrett?

RJ Barrett is a Canadian professional basketball player of the NBA (National Basketball Association) for the New York Knicks. He was born on June 14, 2000, in Toronto, Ontario. He was born to Rowan Barett and Kesha Duhaney. RJ holds Canadian nationality and belongs to black ethnicity. With the height of 6 feet 7 inches and weigh about 92 kg, he has been able to maintain his body fit. 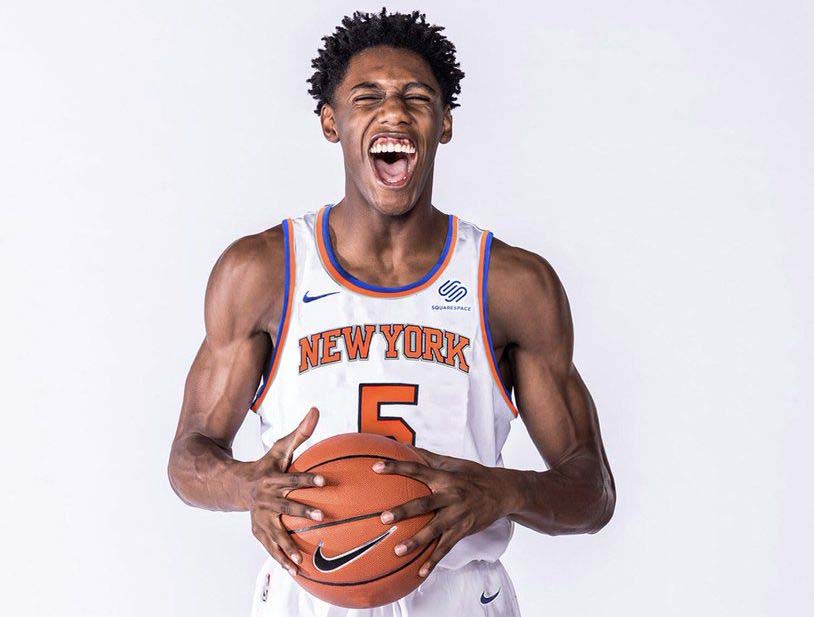 Barrett had a concern about playing basketball in his childhood only. Also, he played a mini-hoop in France in his playroom. Barrett attended a French school, however, her mother taught him English. Due to his father’s career as a basketball player, he lived in many countries. Also, Barrett played basketball with the players of his age as his father was part of the club. When his father left professional basketball, they settled in Mississauga, Ontario, in 2008.

While his growing age, he involved in 100m sprinting, football, and the high jump. To avoid missing tournaments, he later involved in basketball rather than football. Moreover, he sometimes trained with his father’s friend Steve Nash.

Barrett emerged as one of the best under 12 players in Ontario. He was titled as a most valuable player while he played driving his school team to a city title for Mississauga French elementary school. Moreover, he played for the Regional Elite Development Academy (REDA). Barrett played the point guard position at the age of fifteen. He scored 37 points on August 3, 2014, and grabbed seven rebounds. Barett plays basketball for the team New York Knicks. New York Knicks is a basketball team having players like Marcus Morris, RJ Barrett, under coach David Fizdale 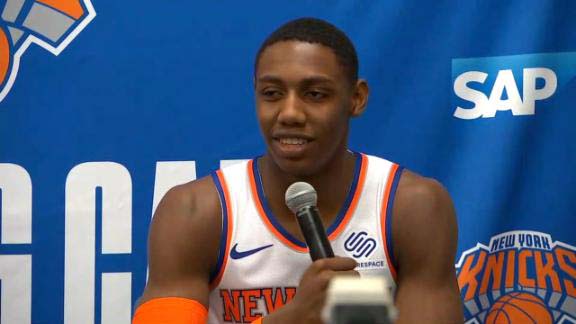 Barrett was Jordan Brand Classic International MVP in 2016. In 2017, he played FIBA Under-19 World Cup MVP. Then, in 2018, he achieved many honours. He became Morgan Wootten National Player of the Year, Naismith Prep Player of the Year, MR. Basketball USA, as well as Gatorade National Player of the Year. Also, Barrett played the 2017-2018 Nike Hoop Summit. Similarly, in 2018, he also entitled to Jordan Brand Classic and McDonald’s All-American. Furthermore, in 2019, he became able to be in the first-team All-ACC, and Consensus first-team All-American. 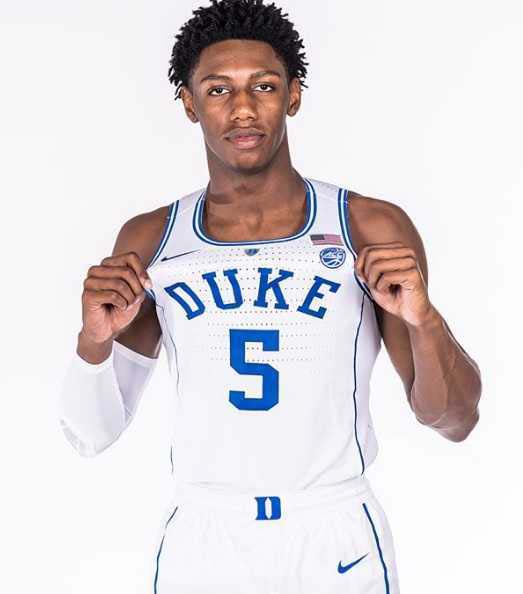 Barrett’s father Rowan Barrett was raised in Toronto from the Jamaican parents. He was an experienced basketball player on the Canadian national team. Also, he captained at the 2000 Summer Olympics. Rowan Barrett was then the executive vice president and general manager of Canada Basketball.

Barrett’s mother Kesha Duhaney is originally from Brooklyn. Barret’s parents faced for the first time appearing in the ST. John’s.

RJ Barrett along with earning massive popularity has been able to earn a good amount of money. He is considered as one of the top prospects of Canada.

Zion Williamson – An American Competitive Basketball Player, Representing New Orleans Pelicans in The NBA, Who Got into NBA Since The 2019 NBA Draft

Zion Williamson - An American Competitive Basketball Player, Representing New Orleans Pelicans in The NBA, Who Got into NBA Since The 2019 NBA Draft