Ronaldinho is a big name who has gained popularity being a brilliant athlete. He is one of the best Brazillian footballers. The player has played for the clubs in Brazil, Frane, and Italy. Moreover, he has become a FIFA World Player of the Year two times. Presently, he is the ambassador for Barcelona, a Spanish football club. Though previously he played as an attacking midfielder, he currently mostly plays as a winger or a forward. 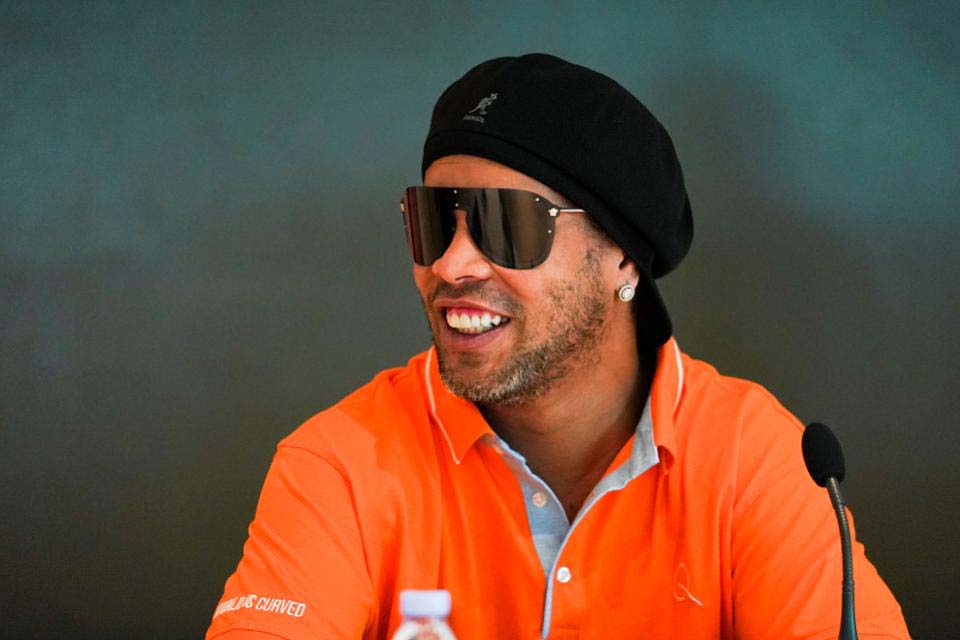 Furthermore, he holds a Brazillian nationality. He has the star sign of Aries. Besides, standing height of 5 feet 11 inches (1.8 m, 180 cm), and weighing about 80 kg, he has been able to maintain his body fit and healthy.

From an early age, Ronaldinho followed his father’s footsteps as he was a footballer. He started playing football since his childhood days. He suffered from a miserable moment at the age of eight as his father died having a heart attack.

Subsequently, moving with the days, he actively took part in the local youth club matches. He also gained his name as Ronaldinho during the time. At the age of thirteen, he came into attention after he scored 23 goals along in a 23-0 win in opposition to a local team.

Eventually, he became chose for Brazil’s Under-17 national team in 1997. Moreover, he led the team to win the FIFA Under-17 World Championship held in Egypt.

Ronaldinho started his professional career signing a contract with the Gremio. He began to play as a senior in 1998 Copa Libertadores. He also attained noticeable fame playing for the team as he drove the team to win the inaugural Copa Sul-Minas. Then, in 2001, he signed a contract of five years with the French side Paris Saint-Germain. In the 2001-02 season of the Coupe de la Ligue, he played competitively well as he led the team to semifinals. 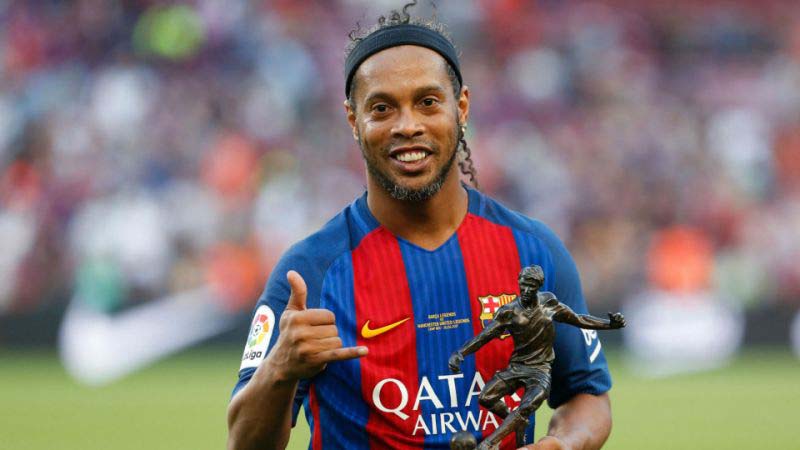 Likewise, in 2002, he became a member of Brazil’s football teams and won a FIFA World Cup. He played along with the football legends Rinaldo, and Rivaldo. Eventually, in 20003, he became a part of the Spanish League. In season 2004-05, the team won the league, which became the first league to win for him. Moreover, he became a FIFA World Player of the Year for two successive years.

Then, for the next season, he led Barcelona to win the title of Champions League for the first time in fourteen years. .During the season, he made his career-high scoring 26 goals, where 7 goals were in the Champions League. In 2006, in opposition to the game with Villarreal, he recorded his 50th career league goal. He played his 200th career match along with the Barcelona in opposite to Osasuna on February 3, 2008. Sadly, he suffered from the injuries in the season 2007-08 due to which he could not play for a specific time.

Furthermore, in July of 2008, he signed a three years contract with Milan. During his first season, he had an appearance for 32 matches and score 10 goals in total. However, as he did not have an excellent achievement with Milan, he signed a contract with Flamengo in 2011. Then, in June 2012, he transferred to the Atletico Mineiro. He signed a six months contract with them. In 2013, he led the team to win the title of the Copa Libertadores for the first time. In January 2014, he extended his contract and played till July 2014. Then, in September 2014, he signed an agreement with the Queretaro, a Mexican club, for two years.

People are always eager to know about the personal life of the celebrity. Moreover, when it comes to a young dashing preeminent athlete, fans are always interested in knowing about the relationship status. So, here is the information if Ronaldinho is still single, married, divorced, or dating anyone. 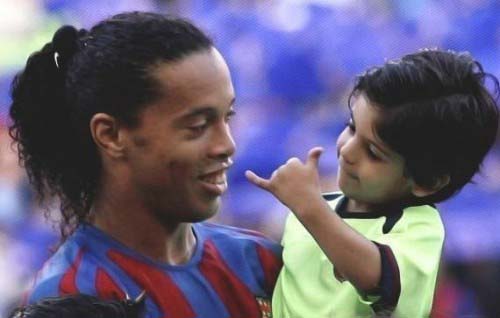 About personal life, Ronaldinho had a romantic relationship with Janaina Mendes. Janaina is a fabulous Brazillian dancer. They together have a son Joao, born on February 25, 2005. They named a son after Ronaldinho’s late father.

Ronaldinho has earned massive popularity from his professional career being a superior footballer. Likewise, along with making name and fame, he has been able to obtain a handsome amount of money. His net worth is estimated to be about $100 million as of 2020.