Alba Flores is a Spanish actress well known for her remarkable role in ‘La casa de Papel’ as Nairobi Jimenez and in ‘Vis a Vis’ as Saray Vargas de Jesús. Due to the fantastic portrayal of her characters, she is famous in her own nation and across the world as well. In addition, she performed many stage drama roles during her initial phase of acting.

Her first drama role was ‘Honeymoon in Hiroshima.’ She also made an on-screen debut with the musical film El Calentito in 2015. Alba’s performance emerged as a famous future star. Her fan following gradually increased when she did her character as Saray Vargas in ‘Vis a Vis’ in 2015. 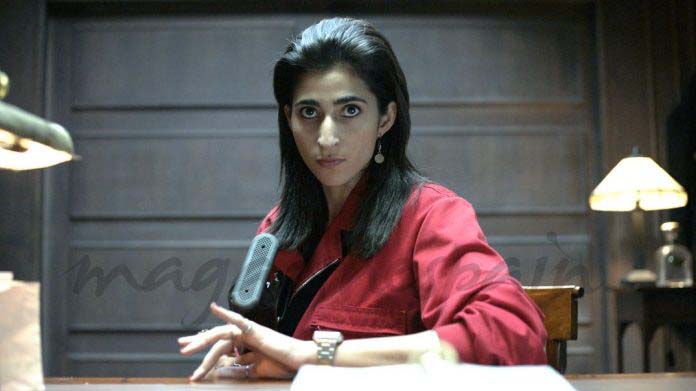 Where was Alba Flores born?

Alba Flores’s real name is Alba Gonzalez Villa; she was born on 27 October 1986 in Madrid, Spain. She was the only daughter born to Antonio Flores, a famous musician and composer, and Ana Villa, a theatrical producer. Alba is also the granddaughter of renowned Spanish singer Lola Flores, niece of musicians Rosario Flores and Lolita Flores, and first cousin of famous Spanish actress Elena Furious. She is currently 34 years old with the zodiac sign Scorpio.

How was Alba’s early life?

Alba Flores, from an early age, was clear that she would be an actress. She was dedicated to acting and never really turned towards other fields. She studied drama classes and piano classes when she was only thirteen years old. Moreover, the actress dedicated her six years of training in acting before she played any roles.

What is Alba Flores’ distinctive feature?

Alba Flores holds Spanish nationality and follows Christianity as a religion. As per her race, she is mixed of White and Hispanic. Moreover, she is of Romani and Spanish descent.

How did Alba begin her acting career?

Alba Flores performed various roles on many stage dramas. Her first role was a Honeymoon in ‘Hiroshima.’ After that stage drama, she debuted on-screen with the musical film ‘El Calentito.’ After this performance, she gained a lot of fan followers. In television, she first made her role in an episode of the series ‘El Comisario,’ also known as ‘The Commissar’ in 2006. She also landed her role in the Antenna 3 television series ‘El Sindrome de Ulises, also known as ‘The Ulysses Syndrome.’ In 2009, she recorded her father’s song for the movie ‘I cannot fall in love with you,’ starring Malena Alterio and Fernando Tejero. Initially, in 2013 she was cast as Moroccan servant Jamila in ‘El Tiempo ebtre costures,’ also known as ‘A Time in Between’ in the Antenna 3 series.

Similarly, her stunning performance in ‘Vis a Vis,’ also known as ‘Locked Up’ as Saray Vargas in 2015, made the audience love her more, and she tends to be one of the promising stars in the coming future. She was a Romani lady, Gypsy, who faced a 4-year prison sentence for murder. For this role, she received many awards too. She has joined Adriana Ugarte in the cast list of pre-World War II detective series The Time in Between.

Moreover, she also performs in theatre plays. For example, she played a play named ‘Troyanas’ in 2017 that premiered at Merida Festival. It is a story about the greatness of women in a situation like war. Similarly, she also played in ‘Drac Pack’ in 2016 and ‘La exception y la rega’ in 2019. Currently, her ‘Vis a Vis’ television series aired their eighth episode of the latest season. 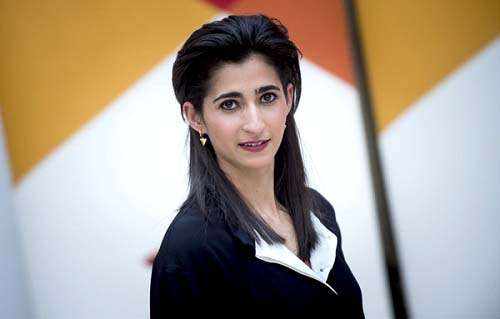 After working in ‘Vis a Vis,’ the producer Alex Pina offered her to join his new show ‘La Casa de Papel,’ also known as ‘Money Heist.’ The show producer actually wrote a role for her and cast her as one of the bank robbers in the show. Her name was Nairobi, the team’s Quality Control Manager, and the charge of printing the money in Parts One and Two and overseeing the melting of gold in Parts Three and Four.

After the heist in seasons one and two, she ran away into hiding with Helsinki in Argentina. But later reunited with the rest of her friends for another robbery of the ‘Bank of Spain’ in seasons three and four. This show started streaming on Netflix in 2017, and since then, it has gained worldwide recognition. Her character Nairobi was also loved by the audiences worldwide and received a nomination and an award for her work.

Alba Flores openly says that she’s a lesbian. However, the actress appears to be very private regarding her personal life. There is not much information about how she came out, but she embraces her sexuality fully. She has dated Ondina Maldonado, a bisexual actress. Since she is personal about her love life, she has not disclosed anything about her relationship.

Moreover, she is also an active member and advocate for the LGBT and Spanish Gypsy, campaigning for an environmental climate cause. Besides, Flores is also a pure vegetarian and has campaigned for programs like ‘People for the Ethical Treatment of Animals. However, she firmly stated, ‘You have to leave the animals off the plate.’

What are Flores’ social media handles? 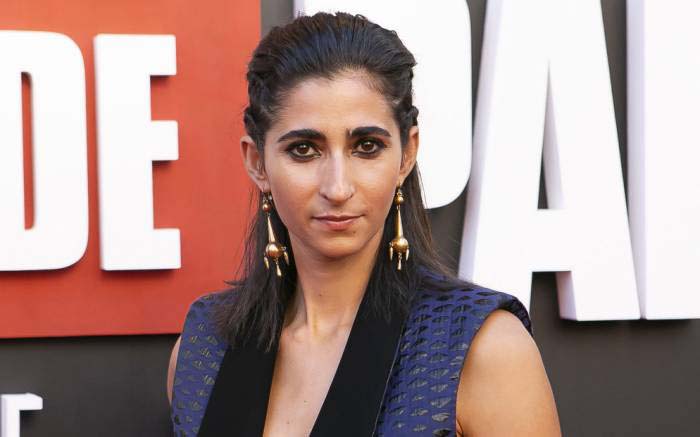 What are Alba’s achievements?

What is the Net Worth of Alba Flores?

Alba Flores is a well-known Spanish actor who has had her fair share of movies and TV shows in the Spanish movie industry. She is recognized worldwide for her fantastic performance. Her net worth as per the source of 2021 is $2 million.