Who is Alexa Bliss?

Alexa Bliss is a well-known American female professional wrestler and a media personality who made her wrestling debut on September 20, 2013. She has been playing for various WWE matches like ‘SmackDown’ and ‘Raw’ and also has won several of these matches. She is also the first female wrestler to win the ‘Women’s Championship’ in WWE. Apart from wrestling, she has also appeared in a music video in 2020 for the ‘Bowling for Soup’ band. Likewise, she has also been starred in reality TV series named ‘Total Divas’ from 2015 to 2018 in different seasons.

Alexa Bliss was born Alexis Kaufman on August 9, 1991, in Columbus, Ohio, USA. Her parents were Bob Kaufman and Angela Kaufman. She is currently 29 years old with a Leo sun sign.

Alexa Bliss holds an American nationality. She is of White ethnicity and follows Christianity as per her religion. Besides this, she stands 5 feet and 1 inch (1.55/155cm) tall and weighs 46 kg (102lbs). She has an athletic body type with blue eye color and blonde hair color.

Alexa Bliss was always active in sports during her childhood days. She used to play competing in track, kickboxing, softball, and gymnastics when she was just five years old. She attended Hilliard Davidson High School and was also a cheerleader of the sports teams. Eventually, after she graduated from the University of Akron, she developed an interest in bodybuilding. Her parents also supported her passion, and she spent her time in competitive bodybuilding. 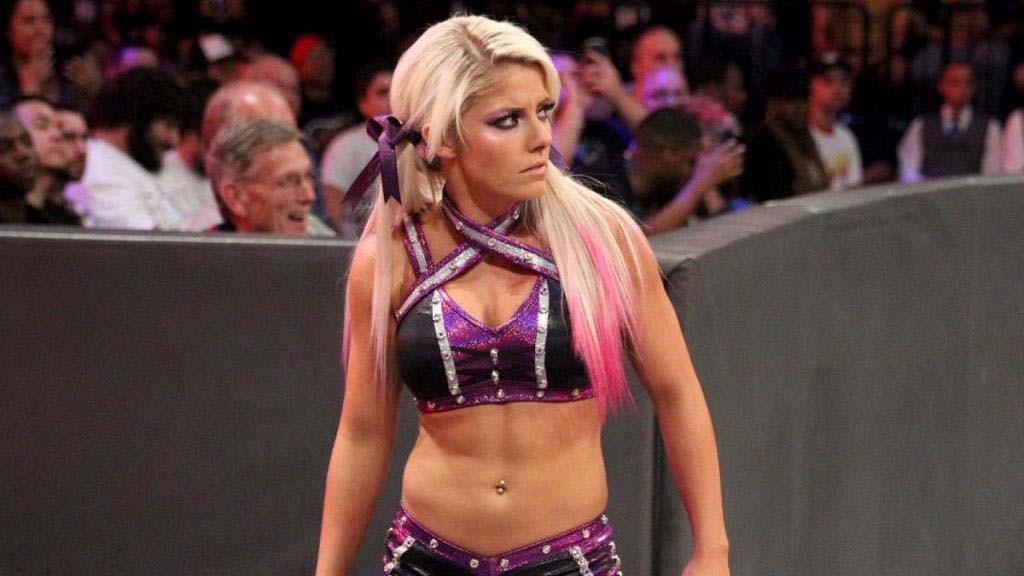 Alexa Bliss initially started her career in professional bodybuilding and also became one of the youngest females to receive an IFBB (International Federation of Bodybuilding and Fitness) pro card.

She left her bodybuilding career and showed her interest in wrestling. Alexa Bliss was then signed by WWE in 2013. Her debut on screen was on July 24 in an episode of ‘WWE NXT.’ After she was given her ring name ‘Alexa Bliss,’ she was added to the NXT roster page on their website. Likewise, in 2014 May 8 she came out as a wrestler on-screen and competed for WWE NXT Women’s Championship. She won the first round against Alicia Fox but lost to Charlotte Flair in the semifinals.

Similarly, in the 2015 ‘NXT’ match, she got her victory over many other female wrestlers like Carmella but lost in a game against Banks. She also has helped her former boyfriend’s team Buddy Murphy and Wesley Blake, to win the match against Enzo Amore and Colin Cassady. This led them to win the title of the WWE NXT Tag Team Championship on July 29, 2015. Moreover, she also played a tag team in which she, Mandy Rose, and Daria Berenato were a team, but they lost the match against Nikki Glencross, Carmella, and Liv Morgan in August 2016. 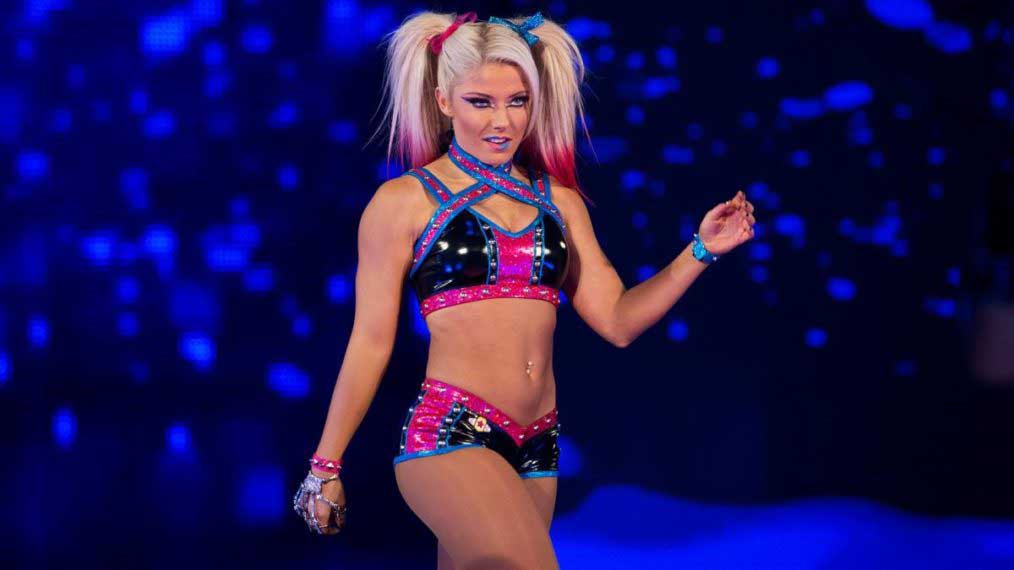 After her two victories in a row, she then drafted to ‘WWE Raw.’ As her inauguration in Raw, she fought against ‘Raw Women’s Championship’ winner Bayley. She again fought with Bayley on April 30, 2017, as a WWE Payback and gained her victory, which made Alexa the first wrestler to win women’s championships at ‘SmackDown’ and ‘Raw.’ In total, Alexa has won WWE Raw Women’s Championship title for three times. Furthermore, in 2019, she teamed up with Nikki Cross, and this team was successful in bagging the Women’s Tag Team Championship two times.

Apart from wrestling, she also appeared in ‘Total Divas’ as a guest in season 4, 6, and 8 while she was also starred as the main cast in season 7, where she appeared in 15 episodes. She has also made an entry in the music video of the band named ‘Bowling for Soup’ in 2020.

Alexa Bliss made a Disney World tour with her family at an early age through their family income was low. Talking about her love life, she dated an Australian wrestler Buddy Murphy and then engaged. But sadly, they separated in 2018 and remained as a friend. 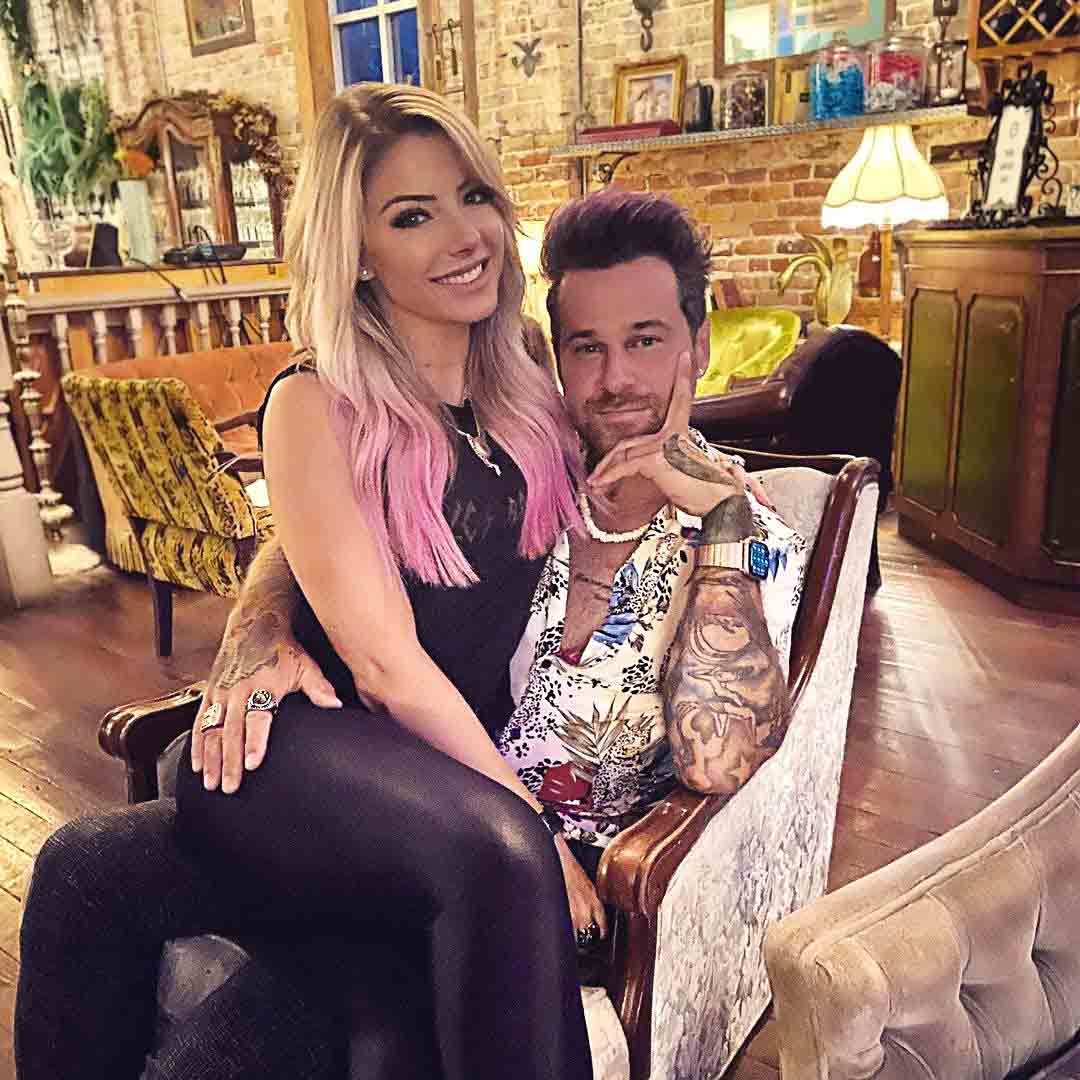 Alexa Bliss is a talented and gorgeous personality which has made herself a renowned professional wrestler. Along with her popularity and huge fan following, she also makes a decent amount of wealth. Her net worth is estimated to be $2.3 million as of 2021.