Jun 16, 2020 Alyson Hannigan net worth 2021, Buffy the Vampire Slayer, How I Met Your Mother, My Stepmother Is an Alien

Alyson Hannigan is an American actress and television presenter. She is popularly known for her roles as Willow Rosenberg in the television series Buffy the Vampire Slayer and Lily Aldrin in How I Met Your Mother.

Hannigan has presented the television show ‘Penn & Teller: Fool Us’ in 2016. She is also providing the voice of Claire Clancy in the Disney Junior animated series Fancy Nancy from 2018. Likewise, she started working in this field in 1986. 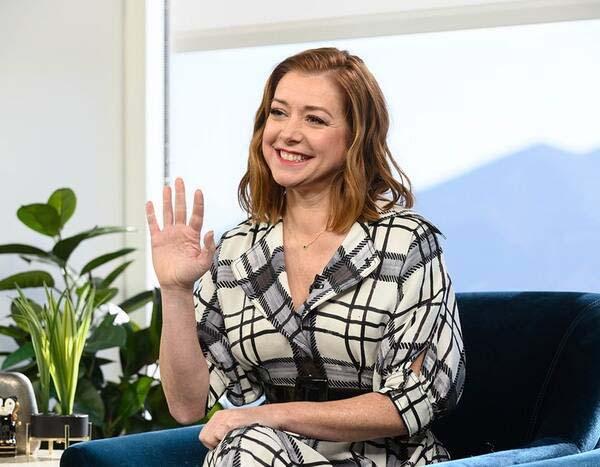 Where was Alyson Hannigan born?

On March 24, 1974, Alyson was born as Alyson Lee Hannigan in Washington, D.C., United States. She is 47 years old as of 2021. Her zodiac sign is Aries. She is a daughter of Al Hannigan, of Irish ancestry and worked as a truck driver in Missouri, and mother Emilie Posner, who worked as a real estate agent in Atlanta, Georgia.

Besides, the actress has a tattoo of tribal dolphins on her ankle, a Japanese kanji on her back, and a cartoon turtle on her left foot. Moreover, she is a spokesperson for breast cancer and appeared in the magazine to raise awareness about the disease.

How was Alyson’s early life?

Hannigan began appearing in commercials at the age of 4. At the age of 11, she entered Hollywood. The actress lived with her mother while attending high school. She used to give auditions successfully for agents while visiting her father in Santa Barbara.

Where did Hannigan receive her education?

Alyson is graduated from North Hollywood High School in 1992. She was a clarinet player in junior high school. Likewise, she is also played soccer until she got an injury in her early teens. For her further studies, she attended California State University, Northridge, became a member of the Alpha Chi Omega sorority, and earned a degree in psychology.

What is the distinctive feature of Alyson Hannigan?

Alyson is an American with a white race. She belongs to the American-Irish ethnicity. As per her religious views, she follows the Jewish religion.

How did Alyson Hannigan begin her career?

Alyson’s first significant role was in My Stepmother Is an Alien in 1988. Then, in 1989, she did her first regular role on a TV series that came when she was cast in the short-lived ABC sitcom ‘Free Spirit.’ After that, Alyson babysat for the children of her future co-star Bob Saget in ‘How I Met Your Mother.’

Alyson became a cast to play Willow Rosenberg, as the program was about the witch, and she played a witch on the series ‘Buffy the Vampire Slayer.’ Subsequently, she appeared in several films aimed at teenaged audiences, including American Pie, Boys and Girls, American Pie 2, and American Wedding. She also had the guest’s appearance on the Buffy spin-off, Angel, reprising her role of Willow in few episodes. 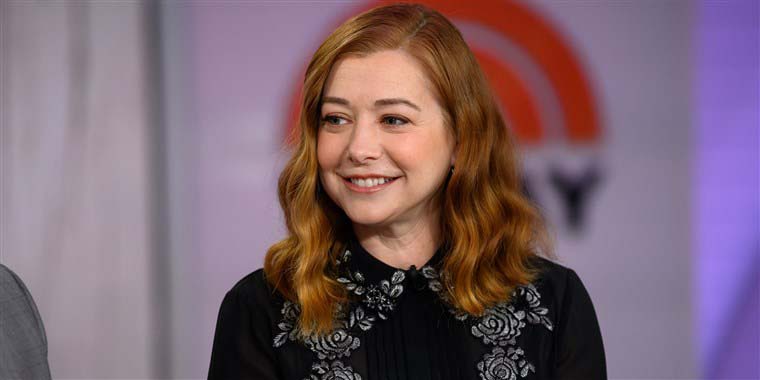 The actress made her West End debut, starring in a stage adaptation of ‘When Harry Met Sally’ at the Theatre Royal Haymarket in early 2004. Meanwhile, Alyson returned to starring in a regular television series in 2005, taking the leading role as Lily Aldrin in the hit comedy How I Met Your Mother. Stars like Cobie Smulders, Neil Pattrick Harris, Josh Radnor, Jason Segel, and Lyndsy Fonseca have appeared in the series.

In the same year, she also played a recurring guest role on ‘Veronica Mars’ as Trina Echolls. She played in ‘Date Movie’ as Julia Jones in 2006. In 2009, she starred as a guest star on the ABC animated sitcom The Goode Family. Alyson joined forced with Minka Kelly, Emily Deschanel, Katharine McPhee, and Jaime King featuring FunnyDie.com in a “video slumber party” to promote breast cancer screening for the organization Stand Up 2 Cancer.

Furthermore, Alyson starred in the role of Michelle in American Reunion in 2012. In addition, she has been hosting the television series ‘Penn & Teller: Fool Us.’ In the animated series, Alyson plays Ann Possible, Kim’s mother, in the Disney Channel original movie ‘Kim Possible.

What are the achievements of Alyson?

Likewise, Alyson won the Best Supporting Actress on Television in Saturn Awards and Choice TV Sidekick in Teen Choice Awards from ‘Buffy the Vampire Slayer’ in 2002. Additionally, she gained the title Favorite TV Comedy Actress and Comedy in the People’s Choice Awards.

Who is Alyson Hannigan married to?

Alyson married her co-star of Buffy the Vampire Slayer and Angel, Alexis Denisof, on October 11, 2003, at Twp Bunch Palms Resort in Desert Hot Springs, California. Her marriage was also featured in Instyle Magazine.

Moreover, Alyson is blessed with two daughters, Satyana Marie, in March 2009 and a second daughter, Keeva Jane, in May 2012. The family lives in Encino, Los Angeles. In addition, she is the godmother of Joss Whedon’s son, Arden, and her husband is his godfather. Alyson’s past boyfriends were Ginger Fish, who is a drummer. 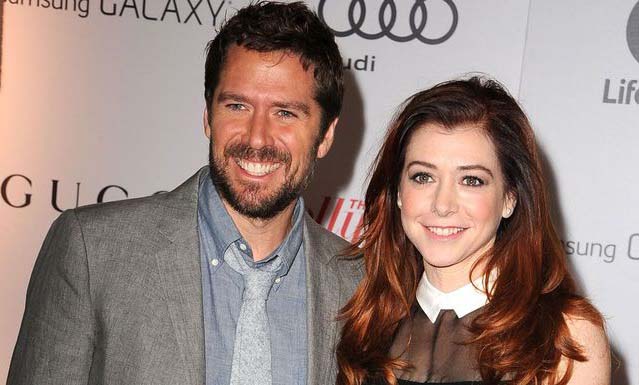 What is the net worth of Alyson Hannigan?

Since she was a child, Alyson Hannigan has been working as an actor and has amassed a lot of money from her acting career. According to Celebrity Net Worth, the 46 years old actress is currently worth around $40 million approximately. Additionally, she owns a mansion in Sacramento, California. Moreover, her salary is estimated to be $225 Thousand Per Episode.