Who is Andrew Garfield?

Andrew Garfield is a well-known British-American actor. He initially started his acting career in the stage in London and eventually became part of Hollywood. The actor received worldwide fame and popularity when he was cast as Peter Parker aka ‘Spiderman’ in popular Marvel Comics superhero film series, ‘The Amazing Spider-Man’ in 2012. He also reprised his role of Peter Parker in this sequel film in 2014. The next venture project through which he was able to receive an ‘Oscar’ nomination was ‘Hacksaw Ridge’ in 2016. 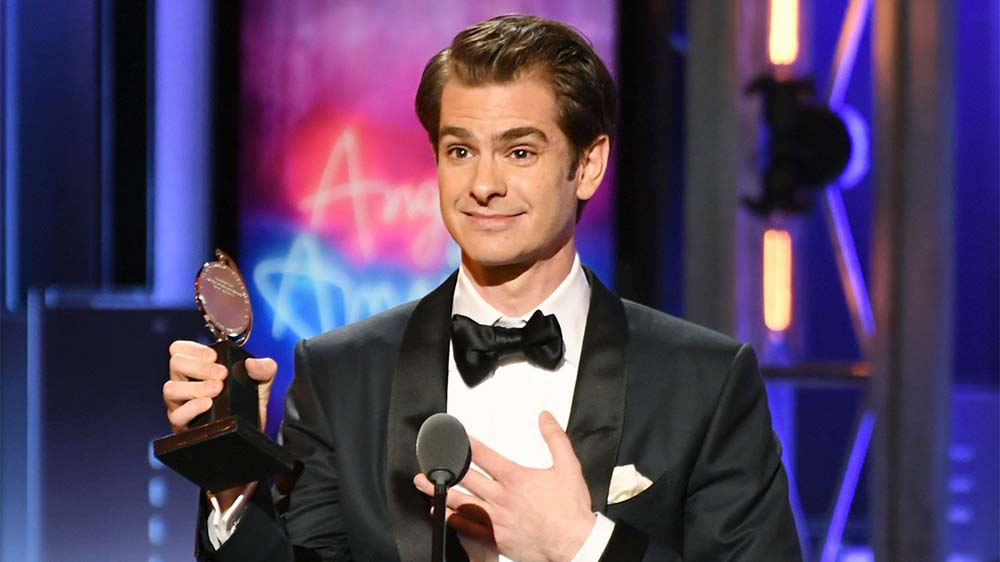 Andrew Russell Garfield was born on 20 August 1983, in Los Angeles, California, USA. He was born to father Richard Garfield and to mother Lynn Garfield. He is British from his mother’s side and American from his father’s side. His father worked in a swimming club, while his mother worked in a nursery school. He also has a brother named Ben Garfield. He is currently 36 years old with Leo zodiac sign.

Andrew Garfield holds British and American nationality. Though he was bought up agnostic, he identifies himself as Jewish. Besides this, he stands 5 feet 8 inches (1.79m/179cm) tall and weighs around 72 kg (159 lbs). He has a slim body type having a pair of dark brown eye colour and same hair colour.

Andrew Garfield attended at the Priory Preparatory School in Banstead.  After moving in Ashtead, he then attended the City of London Freemen’s School. He was a gymnast and a swimmer during his early years. Initially, he thought of studying business but later he became interested in acting. He then attended the Central School of Speech and Drama at the ‘University of London and graduated in 2004.

Andrew Garfield dated his co-star Emma Stone in 2011. However, in 2015 they separated. He also identified himself as heterosexual. Similarly, he is also the ambassador of Sport for the ‘Worldwide Orphans Foundation’ (WWO). Recently, it is rumoured that he is dating Susie Abromeit which may or may not be true. 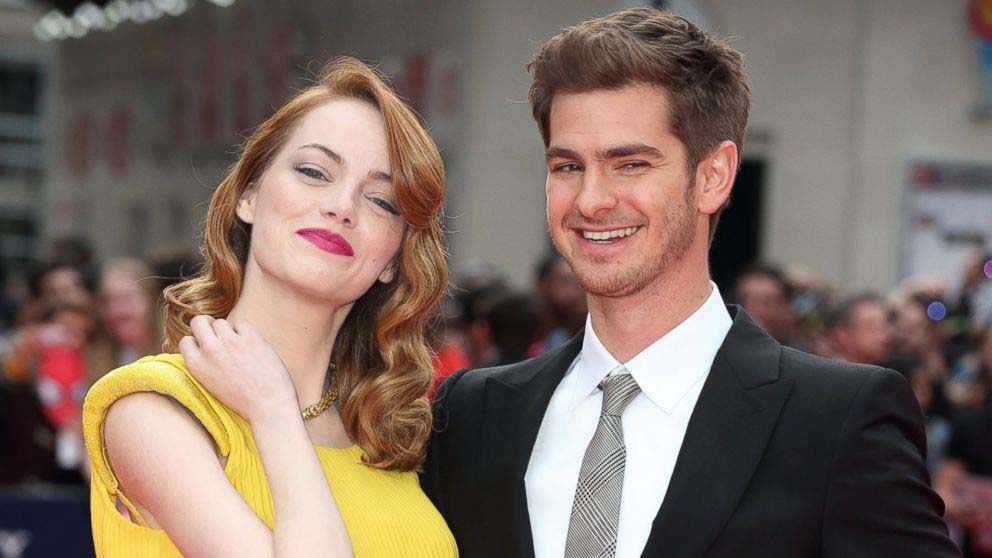 Andrew Garfield is quite private about his personal life. He stated that he does not like to use social media sites too much because he feels they hardly contribute to personal development.

Andrew Garfield started working in stages in London when he was fifteen. He made his first TV appearance in 2005 in the British comedy series ‘Sugar Rush.’ He played a supporting role as Tom and appeared in five episodes. During 2007 he appeared in many series in a minor role in an episode of ‘Doctor Who,’ ‘Freezing’ and ‘Boy A’. In ‘Boy A’ film, he played the lead role of Jack Burridge, a troubled boy trying to start afresh life after being released from jail. The role can be regarded as his first major role in films, and his performance was also appreciated by the critics.

Two years later he guest appeared in three episodes of ‘Red Riding’ based on the noble ‘Nineteen Seventy Four’ as Eddie Dunford. Likewise, he also hosted Saturday Night Live known as STL in 2011 and 2014. He was also seen as a guest judge in a British reality competition ‘RuPaul’s Drag Race UK’ in 2019.

Andrew Garfield did his big-screen debut in an American war drama ‘Lions for Lamb’ in 2007. He played a minor supporting role as Todd Hayes in the film. The next year he featured in Justine Chadwick directional film ‘The Other Boleyn Girl’ as Francis Weston. Over the next few years, he appeared in movies like ‘The Imaginarium of Doctor Parnassus’ as Anton in 2009, ‘Never Let me Go’ as Tommy, ‘I’m here’ and ‘The Social Network’ in 2010. Moreover, his role as Eduardo Saverin in the film ‘The Social Network’ was a commercial success and was also nominated for several ‘Oscars.’ 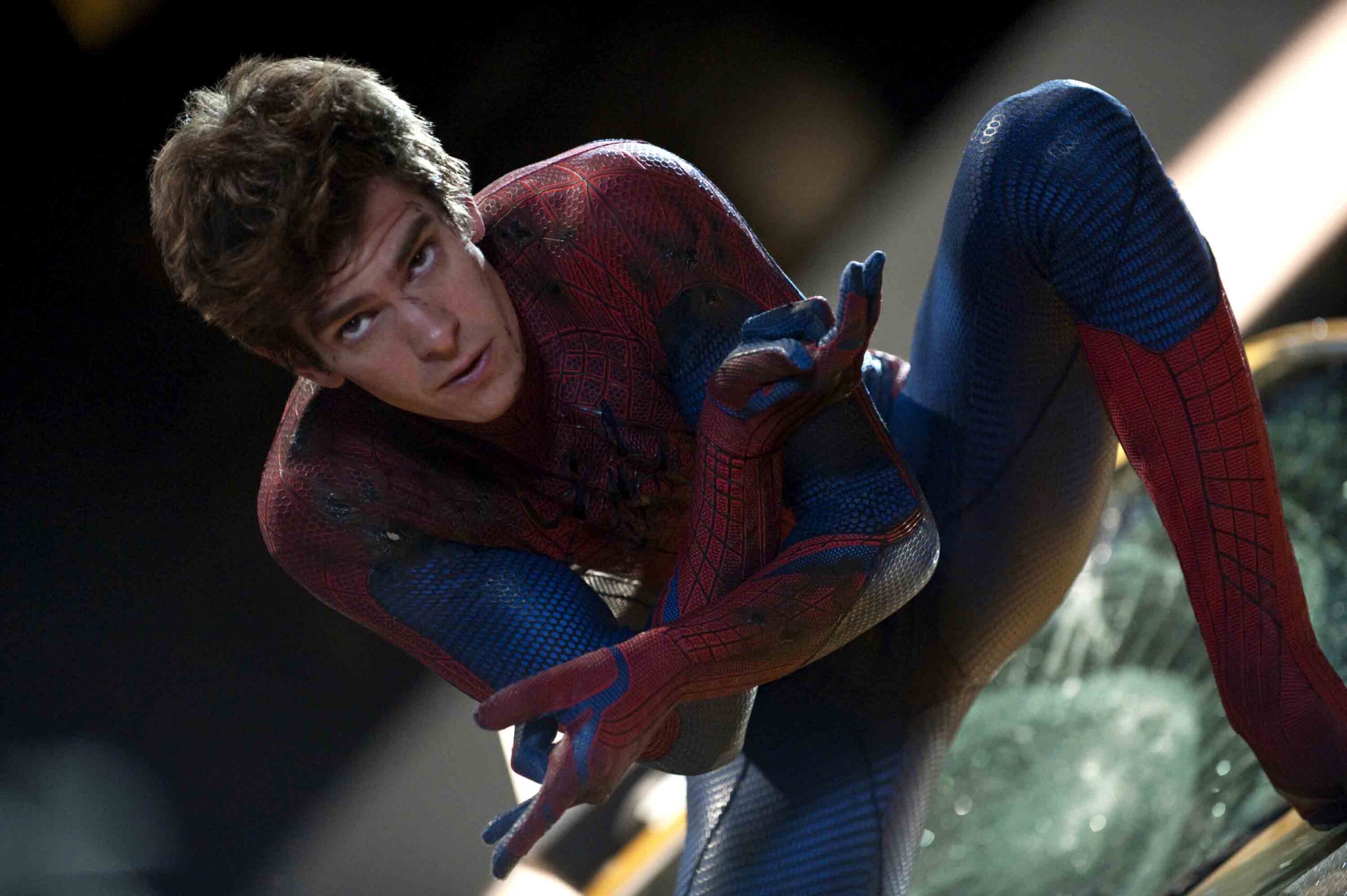 Similarly, he received his breakthrough moment and came in limelight when he became a cast in popular Marvel Comics superhero film ‘The Amazing Spider-Man’ in 2012 where he played as Spiderman named Peter Parker. Marc Webb directed the film, and it starred actors like Emma Stone, Rhys Ifans, Denis Leary, and Campbell Scott. The film became a huge hit worldwide and was also a big critical success. Two years later, a sequel titled ‘The Amazing Spider-Man 2’ released, in which he again reprised his role. The sequel film in 2014 was also a huge commercial success and became the ninth-highest-grossing film of the year.

Furthermore, in 2014 he featured in a drama film ‘Hacksaw Ridge’ as Desmond Doss, directed by Mel Gibson alongside Sam Worthington, Luke Bracey, Teresa Palmer, and Hugo Weaving. This film for his career became his significant work as the critics and audiences gave positive reviews. The film had an average commercial success. The same year he also appeared in the historical drama film ‘Silence.’ In the next two years, he did ‘Under The Silver Lake’ in 2018 and ‘Breathe’ in 2017.  Currently, he has many upcoming projects like ‘Mainstream,’ ‘The Eyes of Tammy Faye,’ and ‘Tick, Tick… Boom!’

Andrew Garfield who is internationally famous for his roles in movies and TV series have earned a handsome amount of money. He has an estimated net worth of about $10 million, as of 2020.