Who is Chris Pine?

Chris Pine was born on August 26, 1980, with the name Christopher Whitelaw Pine in Los Angeles, California, United States. His parents are Robert Pine and Gwynne Gilford. Talking about his family background, he comes from a family of actors and actresses. Robert is a professional actor whereas Gwynne is a former actress who later became a practicing psychotherapist. Furthermore, his grandmother is Anne Gwynne, who is also a Hollywood actress. His grandfather Max M. Gilford was an attorney and former president of the Hollywood Bar Association.

Chris has one sibling, an older sister named Katie Pine. Furthermore, Chris is American by nationality and is of white ethnicity. His zodiac is Virgo. He does not follow any religion and says he is agnostic.

Talking about his educational qualifications, detail about his early education is unknown. For further studies, he attended the University of California and graduated with a Bachelor of Arts degree in English in 2002. Furthermore, he was an exchange student at the University of Leeds for a year. Later, he attended American Conservatory Theater and the Williamstown Theatre Festival.

Pine’s height is around 6 feet and his weight is around 78 kilograms. He wears a shoe of size 11 according to US standards. Chris has a beautiful pair of blue eyes with brown hair.

Chris is not that active on social media and does not have personal social media accounts. However, there are many fan accounts made under his name.

Chris dated Sorel Carradine in 2006 and later dated Beau Garrett in 2008. In 2009, he dated Olivia Munn. Two years later, he dated Dominique Piek. Between 2013 and 2015, he was rumored to date Zoe Kravitz. Currently, he is dating Annabelle Wallis since 2018. 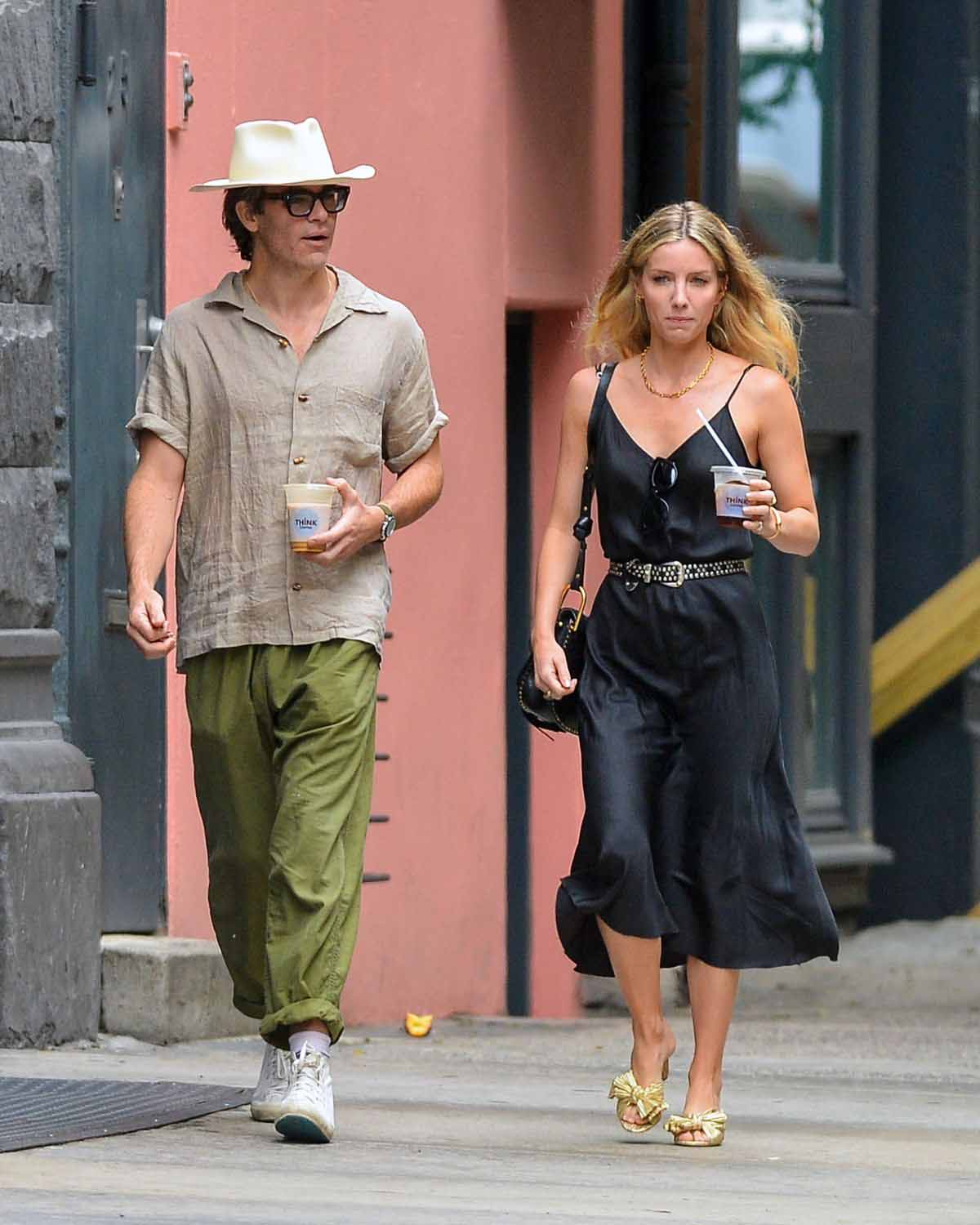 He then played the roles of Brian Green and Hanson Baldwin/ Sgt. Bill Reed in movies Carriers and Beyond All Boundaries respectively in the same year. Chris appeared in Small Town Saturday Night as Rhett Ryan in 2010. In the same year, he played the roles of Dave and Will Colson in movies Quantum Quest: A Cassini Space Odyssey and Unstoppable respectively. He played four movies in 2012 titled Celeste and Jesse Forever, This Means War, People Like Us, and Rise of the Guardians. Pine appeared as James T.Kirk again in the movie Star Trek Into Darkness. He then played the leading role of Jack Ryan in the movie Jack Ryan: Shadow Recruit in 2014. In the same year, he played three more movies titled Stretch, Horrible Bosses 2, and Into the Woods as Roger Karos, Rex Hanson, and Cinderella’s Prince respectively.

He appeared as Caleb in movie Z for Zachariah alongside co-stars Margot Robbie and Chiwetel Ejiofor in 2015. He then appeared in the documentary Figures of Speech in the same year. Pine played five movies in 2016 titled The Finest Hours, Batman v Superman: Dawn of Justice, Hell or High Water, Star Trek Beyond, and For the Love of Spock. He then appeared as Steve Trevor in the American superhero film Wonder Woman alongside Gal Gadot, Robin Wright, Danny Huston, David Thewlis, Connie Nielsen, and Elena Anaya. Chris played three movies in 2018 titled A Wrinkle in Time, Outlaw King, and Spider-Man: Into the Spider-Verse. He then appeared in the documentary Love, Antosha a year later. His upcoming movies Wonder Woman 1984 and Violence of Action, that are currently in Post-production. 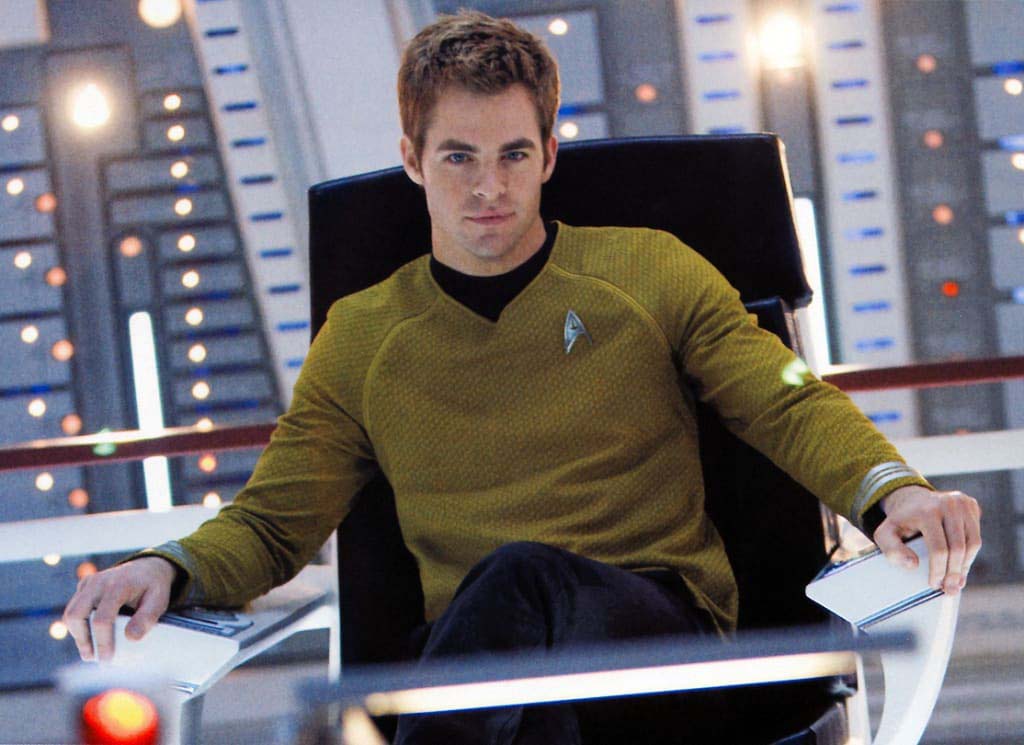 Chris has made appearances in one episode of various series in 2003 titled ER, The Guardian, and CSI: Miami as Levine, Lonnie Grandy, and Tommy Chandler respectively. In 2004, he appeared as Joey Tremain in the series American Dreams. He then played the role of Young Sam Hoviak in one episode of Six Feet Under in 2005. Pine played the role of Shawn Best in television film Surrender, Dorothy in 2006. Furthermore, he was the host for Saturday Night Live in two episodes in 2009 and 2017. In 2014, he played the role of Luther and the voice role of Captain ake in Confessio and Robot Chicken respectively in 2014.  He is currently the voice of Dr. Devizo/Robo Dino in SuperMansion since 2015.

Pine’s first award is the 2009 Boston Society of Film Critics Award for the Best Ensemble Cast with the cast of Star Trek. He then won the Scream Award for Best Actor in a Science Fiction Movie or TV Show category and the ShoWest Award for the Male Star of Tomorrow category in the same year. In 2010, he won the Los Angeles Drama Critics Circle Award for Lead Performance category.

Three years later, Chris won the CinemaCon Award for the Male Star of the Year category. He then won the Satellite Award for the Best Ensemble-Motion Picture along with the cast of Into the Woods. Two years later, Pine won the Washington D.C. Area Film Critics Association Award and  San Diego Film Critics Society for Best Ensemble category along with the cast of Hell or High Water. He then won the Teen Choice Award for Choice Action Movie Actor in 2017.

Chris’s net worth is estimated to be around $30 million. He earns money through his roles in movies and various endorsement deals.