Who is David Arquette?

David Arquette is a well known America based actor, professional wrestler, film director, producer, screenwriter and fashion designer. He belongs from the renowned entertainers’ Arquette family. His family has served the entertainment industry over several generations. Apart from acting, he is also famous as a professional wrestler and also widely known for his skills. The wrestler gained the popularity as a wrestler when he received the title, “WCW World Heavyweight Championship.” 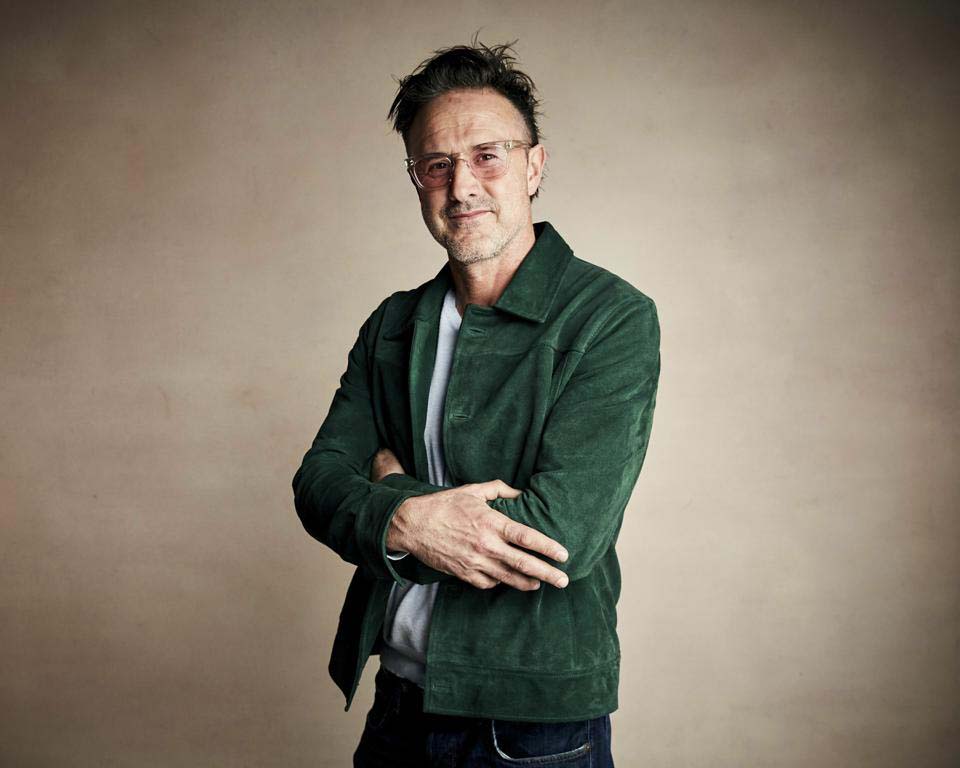 David whose birth name is David Arquette was born in Bentonville, Virginia, the United States on September 8, 1971. He is currently 48 years old and has the star sign of Virgo. He is the son to mother, Brenda “Mardi” Olivia who served as an actress, poet, theatre operator, activist, acting teacher and therapist and to father, Lewis Arquette who was an actor. You may know his family for its association with the show business in the entertainment industry. He is the youngest among five siblings, Rosanna, Richmond, Patricia and Alexis.

David is American by nationality is of the white race. He has French-Canadian, Swiss-German, English, German, Scottish, Welsh, Irish, Ashkenazi Jewish, Ukrainian and Polish descent.

As his father changes his religion to Islam from Catholicism, it highly affects in many ways in their lives. His change led David as well as his siblings to an unusual upbringing. At an early age, his mother gave her life from breast cancer. He always aimed to be on an actor and also had a passion for arts and acting since childhood. 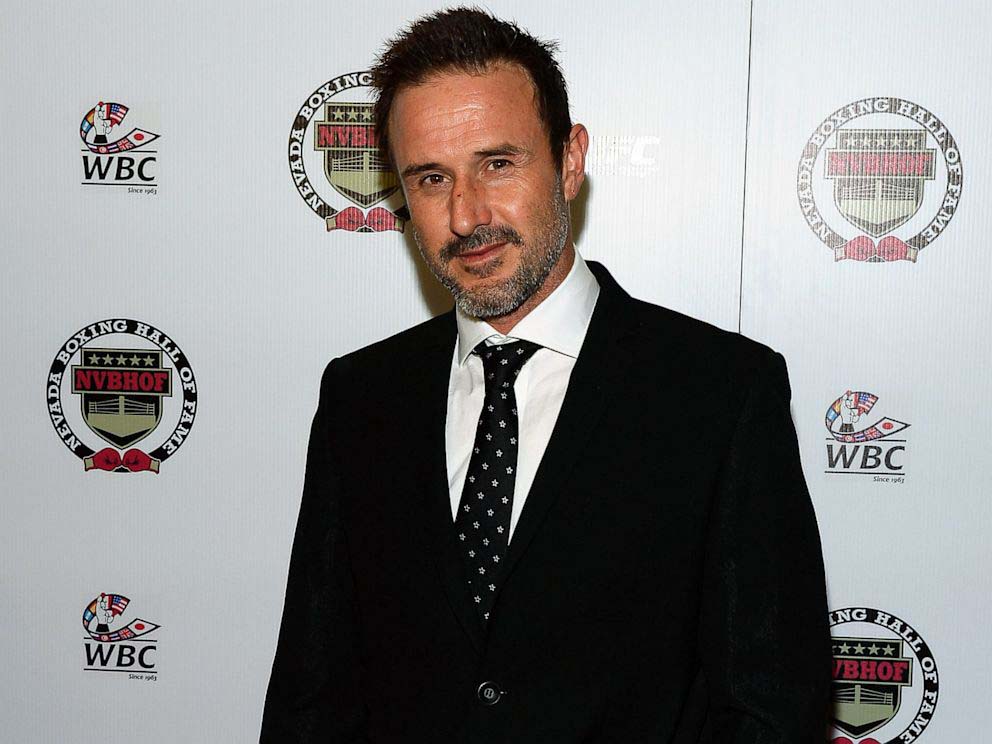 In 1990, David got his first big break in the short-lived American teen drama series “The Outsiders” in the role of Keith “Two-Bit” Mat after attending numerous auditions. The same year, he also appeared in 12 episodes of the American sitcom “Parenthood” as Tod Hawks. He also portrayed a character as a gay prostitute, “Rob” in the drama film “Where the Day Takes You” in 1992. Eventually, the same year, he also appeared in a significant role in the film “Buffy the Vampire Slayer” as Benny Jacks.

Furthermore, he has also featured in a feature film “Cruel Doubt” and in a short film “Halfway House”. He has also starred in television series including “Beverly Hills, 90210” and “Blossom”. In his 1990s, he was most notable in the films “Airhead” in 1994 and “Johns” in 1996. Eventually, in 1996, he got his big breakthrough being a cast in the American slasher film “Scream” in the leading role of Dewey Riley the deputy sheriff of Woodsboro. In the films, he starred alongside the stars like Matthew Lillard, Neve Campbell, Courteney Cox, Bella Throne, Rose McGowan, Skeet Ulrich, and Drew Barrymore.

After the success of “Scream,” he earned worldwide fame and recognition which led him to perform in the film’s sequel, reprising his role as Dewey Riley. He reprised his role in its three flicks titled “Scream 2” which released on December 12, 1997, “Scream 3,” released on February 4, 2000, and “Scream 4” on April 15, 2011. However, he also appeared in the blockbuster hit romantic comedy film “Never Been Kissed” as Rob Geller in 1999. The following year, he landed a role as Gorgie Boggs in the American comedy movie “Ready to Rumble.”

David also had another passion which is wrestling. After the film “Ready to Rumble,” he could not hold his patience and also aimed to diverse his career. Subsequently, on April 25, 2000, David and Diamond Dallas Page fought match against Jeff Jarrett and Eric Bischoff in a tag team. The match concluded wining the “WCW World Heavyweight Championship” as he succeeds in pinning Bischoff. In the 2000s, he appeared in several films including “See Spot Run,” “Eight Legged Freaks,” “A Foreign Affair,” “Hamlet 2,” and “Field of Lost Shoes.”

However, he also starred in short films like “Nosebleed” and “The Legend of Hallowdega” in 2008 and 2010 respectively. He and his then-wife, Courteney founded their TV and film production company, “Coquette Productions” which is named on their surname and is based in West Hollywood, California. The production has produced many TV series and shows such as “Mix It Up” in 2003, “Talk Show Diaries” and “Daisy Does America” in 2005, “Dirt,” and “Celebrity Name Game”. It has also produced films such as “Bigger Than the Sky,” “The Tripper,” and “Just Before I Go”. He had also made his directorial debut in the film “The Tripper.”

David also appeared in the American action web series “Cleaners” starring as one of the lead roles as Frank Barnes from October 3, 2013, to August 19, 2014. He is also a voice actor and has lent his voice for several video games like “SSX Tricky” in 2001 and “ESPN NFL 2K5” in 2004. The professional actor went on to land a role as Captain Barnabus in the reboot of “Sigmund and the Sea”. Since then, he has appeared in many films till 2020 which includes “Once Upon a Time in Venice,” “Amanda & Jack Go Glamping,” “High Voltage,” “Spree,” Saving Flora” and “The Miseducation of Bindu.”

On June 12, 1999, Arquette tied his knot with the actress Courteney Cox. The couple has a daughter named Coco Arquette who was born in 2004. Their daughter’s godmother is Jennifer Aniston. It had been announced that they were having a trial separation in 2010 but divorced in May 2013. After a year of separation, he got into a relationship with Christina McLarty in 2011. She gave birth to their child in 2014 and engaged eventually in July 2014. The couple married in 2015 and gave birth to their second child in 2017. 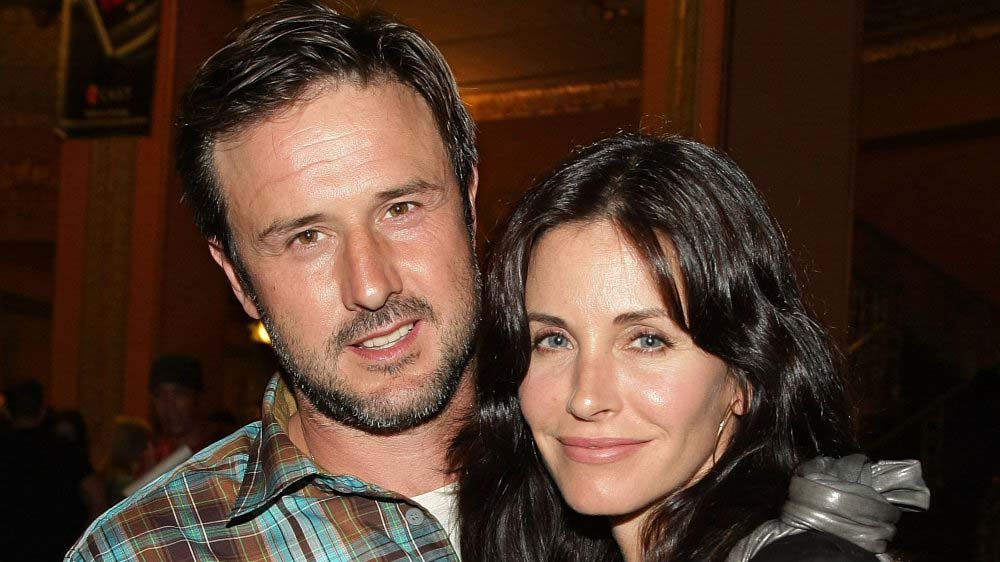 Arquette is living a luxurious life with his family. He is a famous actor who has earned a lot of money as well as fame. David currently has about $25 million approximately.