Who is Drew Barrymore?

Drew Barrymore is an American actress who has been involved in the entertainment industry since 1976 to date. Along with acting, she eventually ventured in film making and producing. She started as a child actress and received her prominence in the film ‘E.T. the Extra-Terrestrial’ as a child. Along with acting, she also did modeling and hosting. She is also an author who had released an autobiography named ‘Little Girl Lost’ just at the age of sixteen in 1991. She has given many outstanding and successful movies and T.V. series throughout the decade. For her prominence work and roles in different projects, she has received prestigious nominations and awards. Moreover, she is also involved in business and has launched a women’s fashion line in 2017 called ‘Dear Drew.’ 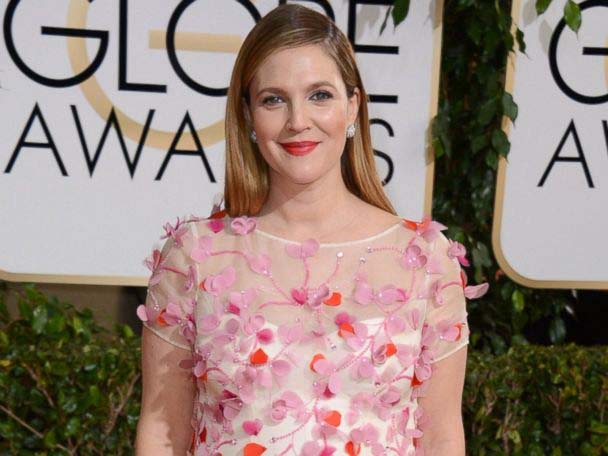 Drew Barrymore holds an American nationality. She is of English, Irish, and German ancestry and is of Hungarian descent. Besides this, she stands 5 feet and 4 inches (163cm/1.63m) tall and weighs 56 kg (123.5lbs). Her body measurements are 37-27-35 inches, respectively. She has a pair of green-colored eyes with light brown hair color complimenting her body figure.

Drew Barrymore’s parents were divorced when she was nine years old, and due to her absence of a father, she had negative habits like involving in drug and alcohol abuse. She then went to the rehab center at the age of thirteen and spend her eighteen months in that rehab center. She did her schooling from Fountain Day School in West Hollywood and Country School. However, she dropped out during high school. Moreover, she started her acting when she was only eleven years old for a dog food commercial and landed her debut film in 1980 film ‘Altered States’ when she was five years old.

Drew Barrymore made her first small-screen appearance when she was ten years old in ‘ABC Weekend Special’ as Con Sawyer in 1985. The same year, she was cast in a television film where she lent her voice to Hilary in ‘Star Fairies’. Then she appeared in an anthology series ‘The Ray Bradbury Theatre’ and ‘Babes in Toyland’ in 1986. Then after six years, she made her comeback to a television film ‘Sketch Artist.’ The same year, she starred in ‘2000 Malibu Road.’ She also featured in 1993 television film with dramatizing events in ‘The Amy Fisher Story’ as Amy Fisher.

Over the upcoming years, she lent her voice in many series like ‘Olive, the Other Reindeer,’ ‘The Simpsons,’ ‘Family Guy’ and ‘First Dates’ where she narrates the story. Likewise, in 2009 she appeared in the biographical television film ‘Grey Gardens’ in a character of Edith Bouvier Beale. From 2017 to 2019 she played as the main cast and an executive producer in the series ‘Santa Clarita Diet.’ Recently, she also became the judge of the show ‘The World’s Best’ in 2019 and is currently running the play ‘The Drew Barrymore Show.’ 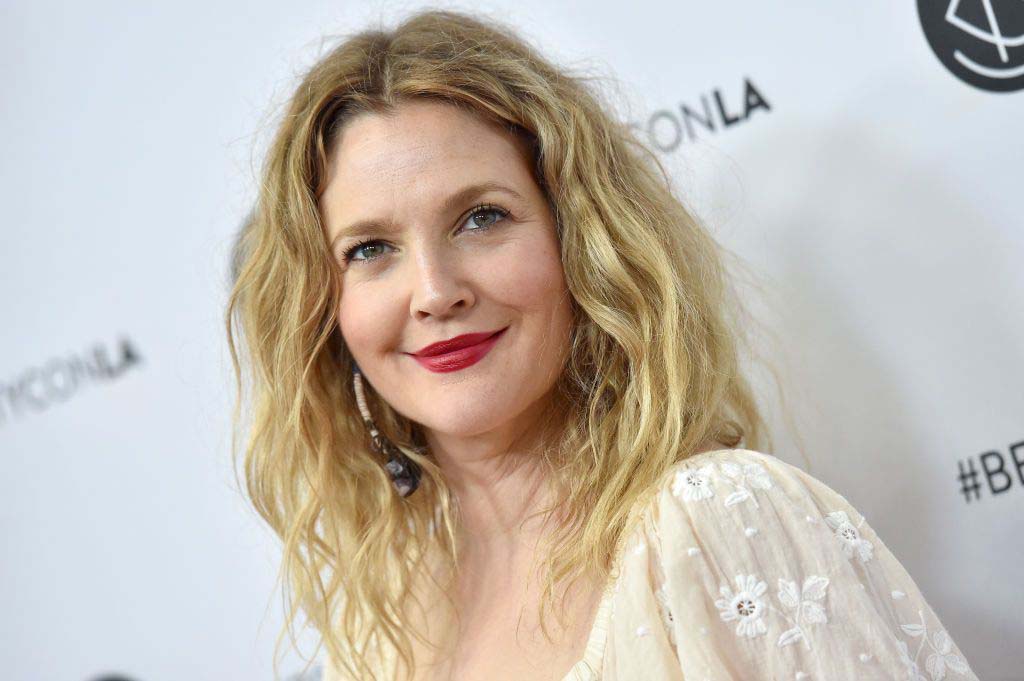 Drew Barrymore appeared in the 1980 film ‘Altered States’ when she was very young of five years old. She then continued acting till 1989 in various films like ‘E.T. the Extra-Terrestrial,’ ‘Firestarter,’ ‘Irreconcilable Differences,’ ‘Far From Home’ among others. Then, she took two years of gap and appeared in the 1991 film ‘Motorama’ as a cameo role. She also appeared as a cameo role in 1992 film ‘Waxwork II: Lost in Time.’ The next year, she appeared in three different films ‘No Place to Hide,’ ‘Doppelganger’, and ‘Wayne’s World 2.’

Over the upcoming years from 1993 to 2000, she appeared in various films. To name a few they are ‘Bad Girls,’ ‘Mad Love,’ ‘Scream,’ ‘Best Men,’ ‘Wishful Thinking,’ ‘Titan A.E.,’ ‘Never Been Kissed’ etc. Similarly, she also made a cameo role in the 2001 film ‘Freddy Got Fingered’. She has also lent her voice to two different movies named ‘Curious George’ and ‘Beverly Hills Chihuahua’. She has also been working as an executive producer in the horror-thriller film ‘Animal’ in 2014, in the romantic comedy film ‘How to be Single’ in 2016 and in the action comedy film ‘Charlie’s Angels’ in 2019. Furthermore, her upcoming movie is comedy genre-based film ‘The Stand-In.’

Drew Barrymore has received many prestigious awards and nominations till today for her amazing performances. She has won the Young Artist Award for her film ‘E.T. the Extra-Terrestrial’ in 1982. Also, she gained the Former Child Star Lifetime Achievement Award in the category of outstanding performance as a child actress. She has also been honored with Golden Globe Award for her work in ‘Grey Gardens’ in 2010. Likewise, she has held the record of the youngest person to have hosted ‘Saturday Night Live’ on November 20, 1982.

Drew Barrymore engaged to Leland Hayward when she was just sixteen years old. But she married a bar owner named Jeremy Thomas in 1994, but their marriage did not go for long. She then married the Canadian comedian Tom Green in 2001 but also divorced within six months. She did her third marriage with Will Kopelman in June 2012 and had their first daughter named Olive Barrymore Kopelman on September 26, 2012. Similarly, their second child Frankie Barrymore Kopelman was born on April 22, 2014. After four years, Will and Drew again separated. Likewise, she also dated drummer Fabrizio Moretti and actor Justin Long to name a few. 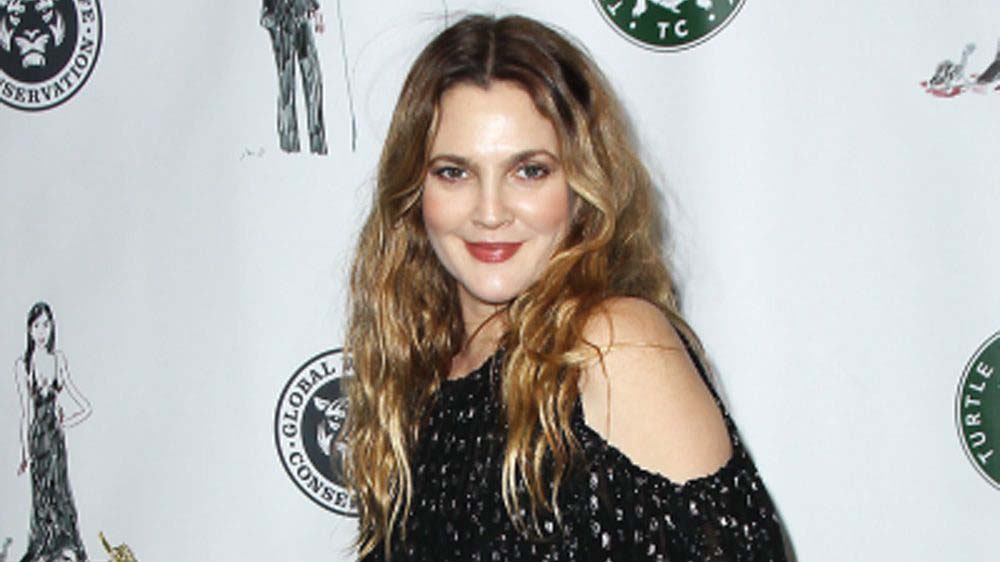 Drew Barrymore is a fantastic personality who has earned massive fame. She is also living a luxurious lifestyle. Her net worth as of 2020 is estimated to be $125 million.