Who is Geraldine Chaplin?

Geraldine Chaplin is an American actress who is the daughter of legendary actor Charlie Chaplin. She has been involved in the entertainment field since 1952 to date. She has already spent over 65 years in this industry. Initially, she started her career as a dancer and by doing modeling. Eventually, her interest went on acting and made acting as her professional career. She is best known for her roles in various movies with different genres in different languages like English, Spanish, and French. Unlike her father, she has been in severe parts and has performed very well. Throughout her career, she has won many prestigious awards and nominations. 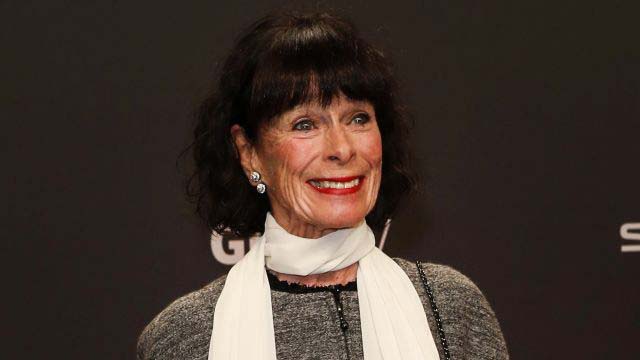 Geraldine’s full name is Geraldine Leigh Chaplin. She was born on July 31, 1944, in Santa Monica, California. She is the daughter of the famous actor Charlie Chaplin and Oona O’Neill, who is his fourth wife. Besides, she has seven siblings, out of which she is the oldest one. Presently, she is 76 years old with Leo sun sign.

Geraldine Chaplin holds an American nationality. She is of English, Irish, and Scottish descent, and as per her ethnicity, she belongs to white. Besides this, she stands 5 feet and 5 inches (165cm/1.65m) tall and weighs 54 kg (119lbs). She has a pair of blue colored eyes with dark brown hair color.

Geraldine Chaplin stated that she had fun growing up with her brothers and sisters. She was eight years old when she left the U.S and moved to Switzerland with her family. She went to boarding school and learned French and Spanish languages. Also, she attended dance class where she studied ballet at Royal Ballet School in England.

Geraldine Chaplin made her first small-screen appearance in 1967 in an episode of ‘The Danny Thomas Hour.’ She then starred in the television film ‘Carlos’ in 1971. After seven years, she became a cast in a miniseries ‘The Word’ as Naomi Dunn. She appeared in many television films during her early acting career like ‘The House of Mirth,’ ‘The Corsican Brothers,’ ‘Mother Teresa: In the Name of God’s Poor,’ ‘Mary, Mother of Jesus,’ ‘A Christmas Carol’ and many more. She has also featured in miniseries like ‘My Cousin Rachel,’ ‘Gulliver’s Travels,’ ‘The Odyssey,’ ‘In the Beginning,’ ‘ Dinotopia,’ etc.

Geraldine Chaplin has associated with English, French, and Spanish language film. Her debut film was in the direction of her father Charlie Chaplin named ‘Limelight’ in 1952 in a small uncredited role. After that, in 1965, she did the movie ‘Doctor Zhivago’ for which she was nominated for Golden Globe Award Most Promising Newcomer Award. The next year she did an Italian drama film, ‘Andremo in città’. Likewise, in the year 1967, she featured in various films like ‘Casino Royale,’ ‘I Killed Rasputin,’ ‘Stranger in the House,’ a Spanish film ‘Peppermint Frappé’ and ‘A Countess from Hong Kong’. In the next two years, she worked in other Spanish movies like ‘Stress Is Three’ and ‘Honeycomb’. During the early 1970s, she did many movies out of which in 1972 she did a Danish-American science fiction film ‘Z.P.C’ as Carol for which she received Maria Award for Best Actress Award.

Moreover, in 1975 she worked under the direction of Robert Altman film named ‘Nashville’ as Opal and ‘Buffalo Bill and the Indians, or Sitting Bull’s History Lesson’ as Annie Oakley. She received a nomination from Golden Globe Award for Best Supporting Actress for her work in ‘Nashville.’ The next year, she appeared in ‘Welcome to L.A’ as Karen Hood for which she received a nomination from BAFTA Award for Best Supporting Actress.

Additionally, in 1978 she did Alan Rudolph’s directional film ‘Remember My Name’ as Emily. Her performance in this movie was very much appreciated, and she received Miami International Film Festival Award for Best Actress and Paris Film Festival Award for Best Actress Award. Likewise, she continued playing many films during the 1980s and 1990s. Among them, one of her most notable films released in 1992, a biographical comedy-drama film named ‘Chaplin,’ where she played as Hannah Chaplin.

During the years 200 to 2015, she involved in many movies and to name few some of them are ‘In the City Without Limits,’ ‘Blood Rayne,’ ‘The Orphanage,’ ‘Theresa: The Body of Christ,’ ‘Inconceivable,’ Parlami d’amore,’ ‘Parc,’ ‘The Island Inside,’ ‘Para qué sirve un oso,’ ‘Altogether,’ and many more. The recent movies she did in the past few years are ‘Anchor and Hope’ as Germaine in 2017, ‘Jurassic World: Fallen Kingdom’ as Iris and ‘The Barefoot Emperor’ as Lady Liz in 2019. 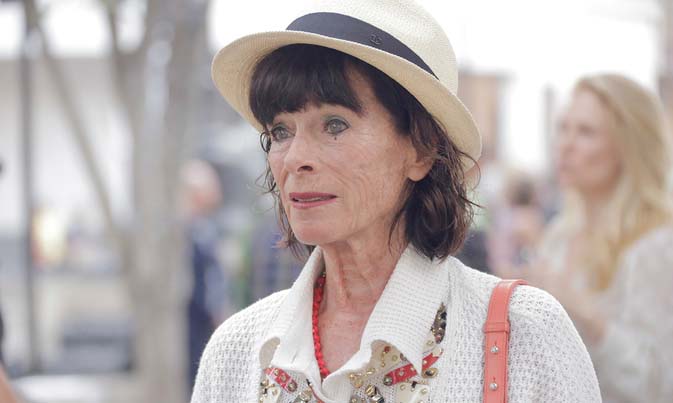 Geraldine Chaplin and a Spanish director Carlos Saura dated in 1967 and together had a son named Shane Saura Chaplin in 1976. But they ended their relationship after fourteen years. Likewise, she then dated Patricio Castilla and got married in 2006. This couple gave birth to a daughter named Oona Chaplin, who was born in 1986. Oona Chaplin is also an actress.

Geraldine Chaplin does not have any official social media accounts to date.

Geraldine Chaplin is a famous actress who has contributed a lot in English, French and Spanish film industry. As of 2020, her net worth is estimated to be $20 million.