Gina Carano- An Actress, Fitness Model, and Mixed Martial Artist, Who Has Appeared In Movie Hits Like Fast and Furious 6, Deadpool, and Haywire

Who is Gina Carano?

Gina Joy Carano is an American actress, television personality, fitness model, and former mixed martial artist. She featured in “ESPN: The Magazine” as well as “Maxim” as she competed in Strikeforce and EliteXC. Her popularity led her to be called as “face of women’s MMA,” which she rejected herself and also ranked 5th on a list of “Top 10 Influential Women” in 2008.

Carano pursued a career in acting after she retires from competition. Carano starred as Crush in the revamped reality series “American Gladiators” in 2008. She made her film debut in “Bone and Blood” in 2009. She then subsequently appeared in an action film: “Haywire” (2011), “Fast & Furious 6” (2013), “Deadpool” (2016), and “The Mandalorian.” 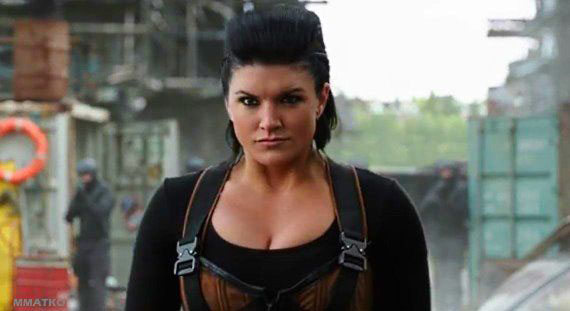 Carano was born on April 16, 1982, in Dallas, Texas, United States. She is currently 38 years old. Her zodiac sign is Aries. She was born to father, Glenn Carano, who is a professional football player and mother, Dana Joy. She was born to an Italian-American family. Besides, she has two sisters, one older and one younger. She was raised by her mother after her parents got divorced.

Gina Carano is American by nationality and is of the white race. She belongs to Italian American descent.

Carano started her career in the sport of Muay Thai through her then-boyfriend, Kevin Ross, who is a pro-Muay Thai fighter. She achieved a record of 12-1-1 by which she got an offer from Jamie Levine to participate in the first-ever sanctioned female MMA bout in Nevada with World Extreme Fighting to fight Leticia Pestova and which she won by 38 seconds. Subsequently, she was again invited to the World Pro Fighting show in Las Vegas to compete, Rosi Sexton, which she still won by knocking out Rosi in the second round.

Carano faced Elaina Maxwell at Strikeforce: Triple threat, which was the first female fight in Strikeforce, and she won via unanimous decision. Also, she proved her by winning with Maxwell for the second time in 2006. She defeated Jule Kedzie in Showtime EliteXC, which was called the “Fight of the Night” and was the first televisioned female fight on Showtime in 2007. Eventually, in the same year, she defeated Tonya Evinger in Showtime EliteXC card. In the following year, she again defeated HOOKnSHOOT Champian Kaitlin Young at EliteXC: Primetime. Carano also won with Kobold by unanimous decisions as 30-27, 20-37, and 29-28.

Carano lost the fight against Cyborg by TKO at 4:59 in the first round, giving her first-ever loss in her professional MMA career. 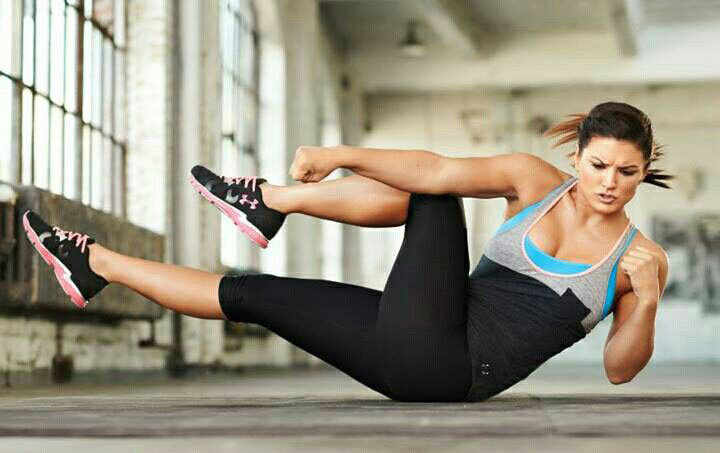 In 2005, Carano starred in the cult film “Ring Girls” which is based on a true story. Carano served as a mentor to aspiring fighters in reality series “Fight Girls” and also appeared as Crush in “American Gladiators” in 2007. In 2009, she starred in “Command & Conquer Red Alert 3” and in “Blood and Bone.” Carano landed the leading role in “Haywire” in 2009. In 2012, she became a cast in “In the Blood,” and she also signed in “The Expendables.”

Eventually, in 2013, she co-starred in “Fast & Furious” and also signed “Avengelyne.” In 2013-2014, she played in series “Almost Human” and co-starred in filmed “Extraction” in 2015. She played as Angel Dust in the film “Deadpool” in 2016. She starred alongside the stars like Ryan Reynolds, Tim Miller, Ed Skrein, T. J. Miller, Morena Baccarin, and Brianna Hildebrand. In 2018, she was announced as part of the “Star Wars” series and portrayed as Cara Dune with a first appearance in the fourth episode of the first season titled “Chapter 4: Sanctuary”.

Carano had dated “Man of Steel” actor Henry Cavill for two years in 2012, and she was reported that she was in a relationship with Kevin Ross in 2015. The couple dated for four years and separated for almost a decade before getting back again.

During her fighting career, she often became humiliated and ridiculed openly for her good looks. Critics doubted her talents and claimed she was entertained with preferential treatments and that she misused her striking looks to get ahead in her career. She always remained poised and gracefully let her work answer the taunts. 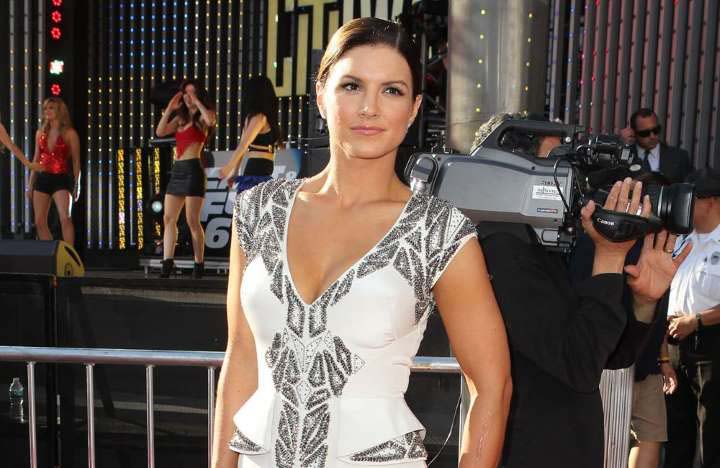 Carano was profiled for the ESPN series E:60 and was voted “Hottest Woman in America” in 2008. She was the fastest rising search on Google and the third most searched person on Yahoo in 2008. She has won Awakening Outstanding Contribution Award and ActionFest Film Festival in 2012.

Gina Carano is living a luxurious life with her family. She is a famous actress who has earned a lot of money as well as fame. Wilson currently has about $8 million approximately.