Kaley Cuoco–  An American actress and producer best known for portraying the character of Penny in the hit CBS television series ‘The Big Bang Theory’.

Who is Kaley Cuoco?

Kaley Cuoco is one of Hollywood’s leading actress who is well known from her series ‘The Big Bang Theory’ where she portrayed as Penny along with Jim Parsons and Johnny Galecki. She landed her breakthrough role as Bridget Hennessy on the ABC sitcom ‘8 Simple Rules’ from 2002 to 2005. Starting out as a child actress, Kaley has built her career steadily with regular appearances in movies, telefilms, and on television.

She is currently one of the highest-paid actors on television.  Her notable film includes ‘Picture Perfect’, ‘Alley Cats Strike’, ‘Crimes of Fashion’, ‘The Hollow’, ‘To Be Fat like Me’, ‘The Last Ride, ‘The Wedding Ringer’ and ‘Burning Bodhi’, among many others. Not only acting, but she has also appeared in several commercials and has voiced many characters from animated television shows and movies. She has been named into the top 20 on Maxim magazine’s ‘Hot 100 Women’ list twice. She has a star on the Hollywood’ Walk of Fame’.

Kaley Christine Cuoco was born on November 30, 1985, in Camarillo, California, to Gary Carmine Cuoco and Layne Ann. Her father is a realtor, and her mother is a homemaker. Her father is of Italian descent while her mother is of English and German ancestry. She is the eldest daughter of her parents and has a sister named Briana Cuoco. She is currently 34 years old with a Sagittarius sun sign. 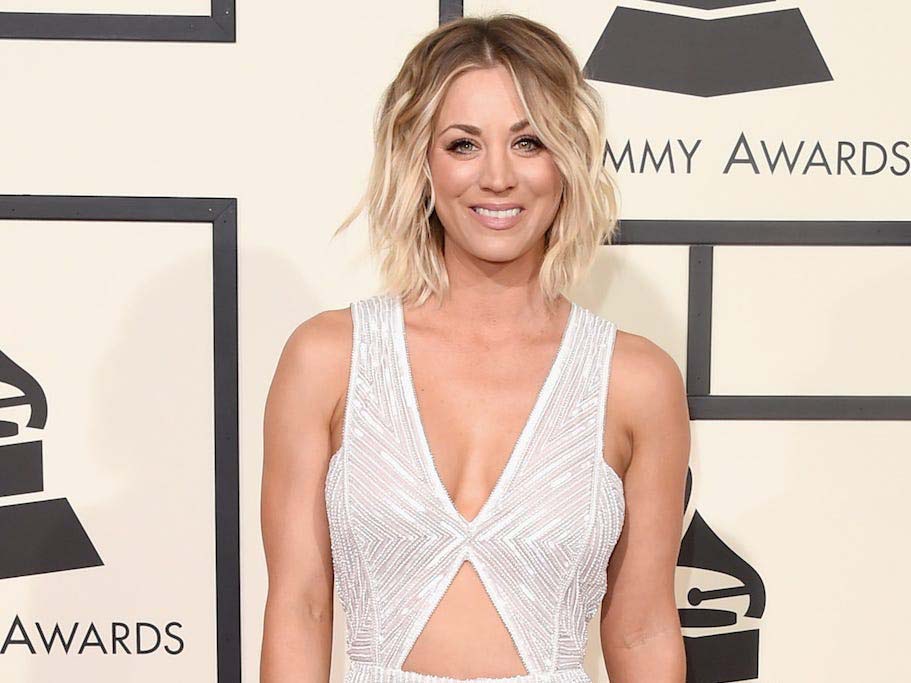 Kaley Cuoco holds an American nationality and is a devoted Christian. She has a pair of green-colored eyes with blonde hair color. Besides, she stands 5 feet 6 inches (168cm/1.68m) tall and weighs 57kg (126lbs). Her body measurement is 34-24-36 inches.

Kaley Cuoco was an athletic child and started playing tennis at the age of three. She later became a regionally ranked amateur tennis player but left the sport at the age of 16 to pursue acting seriously. Furthermore, She was homeschooled throughout her early years as she was a child actress and model, she never attended a regular school. She earned her high school diploma when she was 16 years old.

Kaley Cuoco has been linked with several celebrities in the past years. She dated her co-star Thad Luckinbill in 2002 whom she played in ‘8 Simple Rules’. In 2003-2004 she dated a Canadian actor Kelvin Zegers. Likewise, she was in a relationship with Jaron Lowenstein between 2005 and 2006, and also dated Al Santos in 2007.

Talking more, while she plays the on-screen love interest of Johnny Galecki in ‘The Big Bang Theory’, they secretly dated from 2008 to 2010. Later, she was engaged to addiction specialist Josh Resnik from October 2011 to March 2012. This engagement did not go well, so Kaley again got committed to professional tennis player, Ryan Sweeting in September 2013, and married him in Santa Susana, California on December 31, 2013. Unfortunately, they also got separated in 2015 and got divorced in May 2016. 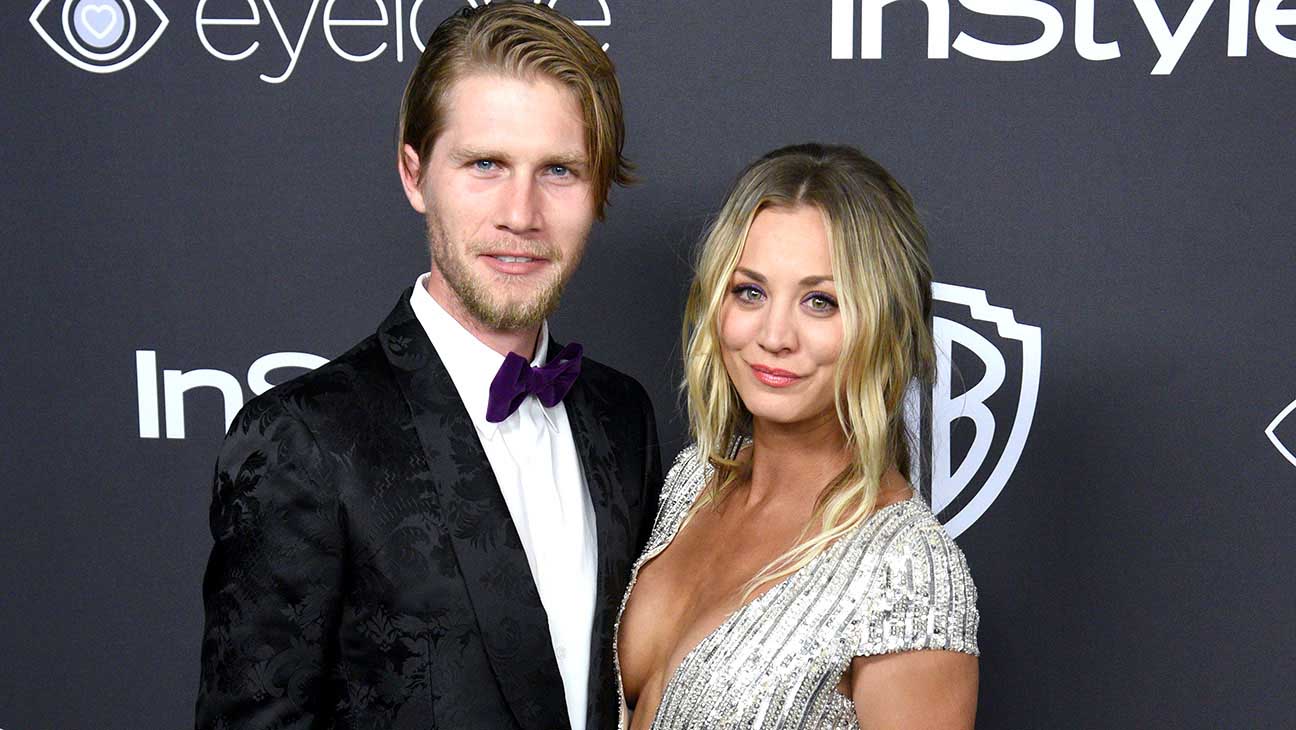 Kaley Cuoco started her career at the age of six when she modeled for commercials for brands like Barbie dolls. In 1992, at the age of seven, she appeared in the TV movie ‘Quicksand: No Escape’. In 1994, she appeared on the television shows ‘My So-Called Life’ and ‘Northern Exposure’.  She made her first feature film appearance as the young Karin Carter in the 1995 science fiction action thriller film ‘Virtuosity’.

She also portrayed Little Ellen Morgan, the younger version of the character played by comedian Ellen DeGeneres, in one episode of the ABC television series ‘Ellen’ in 1996. The next year she shared her screen with Jennifer Aniston in the romantic comedy film ‘Picture Perfect’. And also had a role in the made-for-television Disney fantasy film ‘Toothless’. Similarly, in 2000, she captured a recurring role in the CBS sitcom ‘Ladies Man’. The same year, she also had starring roles in the Disney Channel Original Movie ‘Alley Cats Strike’ and the made-for-television movie ‘Growing Up Brady’.

Her breakthrough moment came in 2002 when she appeared in the ABC sitcom ‘8 Simple Rules’, as a significant role of Bridget Hennessy, she played for three seasons of the show. Likewise, her big-screen moment was in 2004 in the independent movie ‘Debating Robert Lee’. The same year she was also cast as the co-lead in the ABC telefilm ‘Crimes of Fashion’ along with Megan Fox and played the female lead in another ABC production, the teen horror film, ‘The Hollow’. Throughout 2004, she continued to appear on television in the series ‘The Help’, ‘Complete Savages’, ‘Punk’d’ and ‘10.5’. The same year, she started voice acting for the tomboyish short-tempered dog Brandy Harrington in the animated TV series ‘Brandy & Mr. Whiskers’. 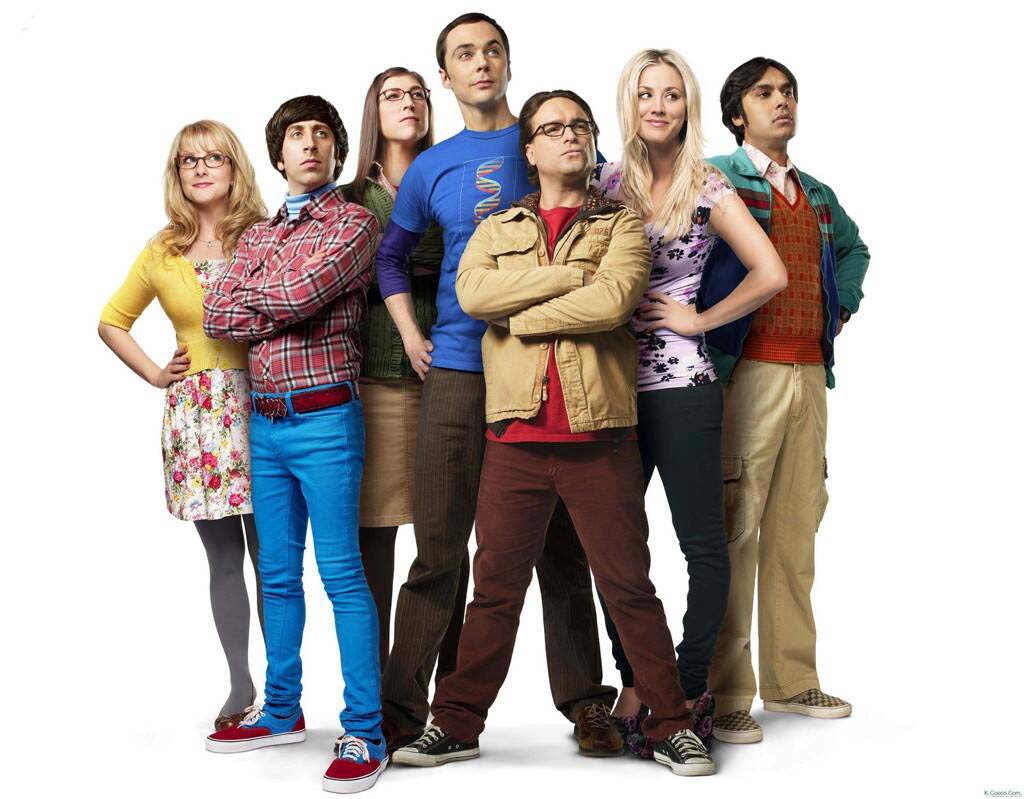 Kaley in 2005 got another recurring role in the supernatural drama series ‘Charmed’. She portrayed Billie Jenkins in the eighth and final season of the cult hit show. She also lent her voice in the animated series ‘Bratz’ and appeared in three episodes of the series ‘Loonatics Unleashed’. Talking more in 2007, she made a guest appearance in an episode of the show ‘Prison Break’. She also cast in ‘The Big Bang Theory’ one of the series that gained popularity worldwide.  She portrayed Penny, a Cheesecake Factory employee who moved to California to become an actress and became friends with scientists Sheldon Cooper and Leonard Hofstadter, played by Jim Parsons and Johnny Galecki. The show received mixed response initially, but now it is considered one of the best shows on television.

Kaley Cuoco has received 30 award nominations and has won 8 awards. In 2003, she received a ‘Teen Choice Award’ for her performance in ‘8 Simple Rules’. Similarly, for her role in ‘The Big Bang Theory’, Kaley has received one ‘Critics’ Choice TV Award’, two ‘People’s Choice Awards’, and one ‘Satellite Award’. In 2014, she received a star on the Hollywood’ Walk of Fame’.

Kaley is a popular actress who has earned a lot of money as well as name and fame. From her famous series ‘The Big Bang Theory’, she is receiving a lot from one episode only. Kaley currently has a net worth of $55 million approximately.