Mia Wasikowska- An Actress, Who Came Into Limelight After Her Role as Sophie In The Series, In Treatment

Who is Mia Wasikowska?

Mia Wasikowska is an Australian actress. She is popularly known for her screen debut on the Australian television drama “All Saints” in 2004, which she followed with her feature film debut in “Suburban Mayhem” in 2006. The actress became more known to a broader audience for her critically acclaimed work on the HBO television series “In Treatment.” She became nominated for the Independent Spirit Award for Best Supporting Female for “That Evening Sun” in 2009. Mia gained worldwide recognition after starring in “Alice in Wonderland” as Alice in 2010 and also reprised her role in the fantasy film “Alice Through the Looking Glass.” She appeared in the comedy-drama film “The Kids Are All Right” in 2010 and won the Hollywood Awards Breakthrough Actress Award. She is also known for her role in “Crimson Peak” and has since appeared in several independent films. 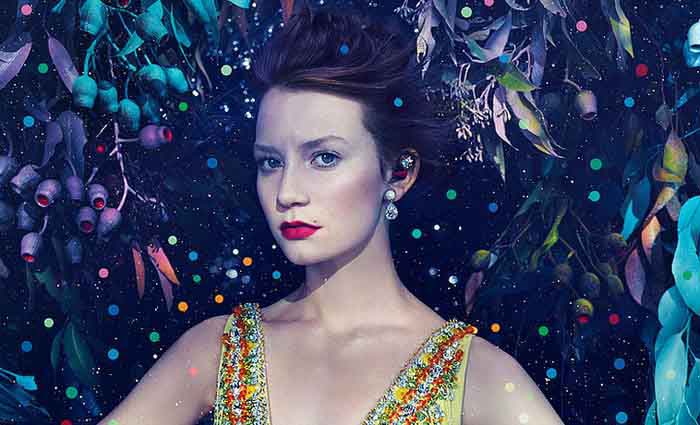 Wasikowska was born on 25 October 1989 in Canberra, Australian Capital Territory, Australia. The 30 years old actress has the star sign of Scorpio. She is a daughter to mother, Marzena Wasikowska which is a Polish-born photographer and father, John Reid, who is an Australian photographer and collagist. Likewise, she has an older sister, Jess, and a younger brother, Kai. She attended Cook Primary School, Ainslie Primary School, and Canberra High School.

Wasikowska’s family moved to Szczecin, Poland, for a year, after her mother received a grant to produce a collection of work based on her experience of having emigrated from Poland to Australia. Mia, with her siblings, took part in the production as subjects where they explained about Globe and Mail. At the age of nine, she began studying ballet at the Canberra Dance Development Center. She also learned to dance en pointe at thirteen.

At the same time, at an early age, she was exposed to European and Australian cinema and was moved particularly by “Three Colors trilogy” and “My Brilliant Career.” Mia felt that acting in the film was a way to explore human imperfections.

Wasikowska started her first acting role with a two-episode stint on the Australian soap “All Saints” in 2004. In 2006, she debuted in the Australian film Suburban Mayhem. Then, she appeared in the crocodile horror film “Rogue,” in 2007. Subsequently, the next year, she nearly beat 200 other actresses for a part in the drama “September” in the audition.

In 2008, she starred in “I Love Sarah Jane.” Eventually, in the same year, she received her first significant break role in the United States and was cast as Sophie in the HBO’s acclaimed weekly drama “In Treatment” and also played a role in “Defiance.” In the same year, she was also cast as the eponymous heroine in “Alice in Wonderland.” Her next role was as aviation pioneer Elinor Smith in Mira Nair’s 2009 biopic “Amelia.” She was cast in the indie comedy “All Kids Are All Right.” In 2010, Mia filmed in “Jane Eyre,” and in the following year, she played “Reckless.” Eventually, she also filmed “Albert Nobbs.” Wasikowska played a small supporting role in “Lawless.” In the same year, she played the lead in “Stoker” in2011. In 2012, Mia filmed in “The Double” and “Only Lovers Left Alive.” 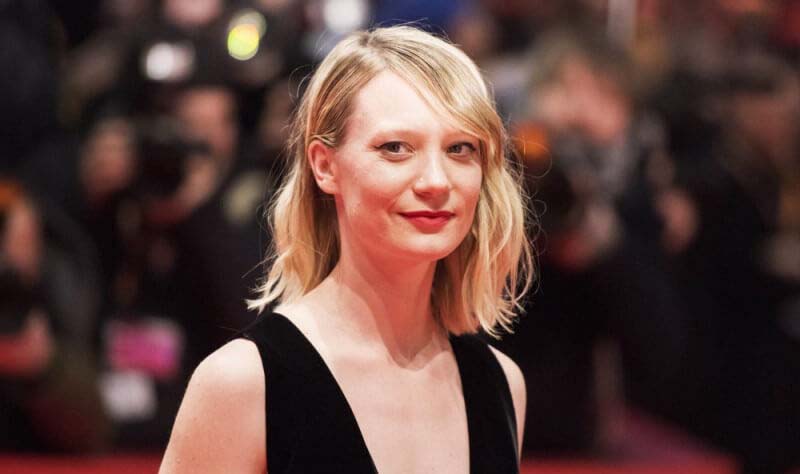 In the next year, she made her directorial debut on a segment of the film The Turning. Wasikowska then started filming “Maps to the Stars” in 2014, and in the same year, she played in Madame Bovary. In 2015, she starred in gothic romance “Crimson Peak” and also joined the cast of The Man with the Iron Heart. Apparently, in the same year, she reprised her role as Alice in Alice Through the Looking Glass. Mia played thriller film “Piercing” in 2017, which is based in 1994 novel of the same name. Wasikowska played the role of Ralph in the Sydney Theatre Company production of Nigel William stage adaption of William Golding’s “Lord of the Flies” in 2019.

Wasikowska was in a relationship with her co-star Jesse Eisenberg in “The Double.” The couple dated while she resided in Bronte, New South Wales, in 2013. However, after two years of relationship, in 2015, they broke up.

In her spare time, she is an avid photographer. She often captures images while travelling and also in her film sets with a Rolleiflex camera.

Wasikowska is a famous actor and has contributed to a lot of movies and has been nominated in several awards. She had won the title Special Jury Award for Best Ensemble Cast in SCSW Film Festival from “That Evening Sun” in 2009. Mia received the AFI International Award for Best Actress in the Australian Film Institute. Likewise, she also gained Teen Choice Awards for Choice Movie: Fight from Alice in Wonderland. Also, she won Hollywood Breakthrough Award for Actress of the Year in Hollywood Film Festival in 2010. Eventually, in 2011, she won the EDA Award for Most Outrageous Age Difference Between Two Lovers in Alliance of Women Film Journalists from Albert Nobbs. 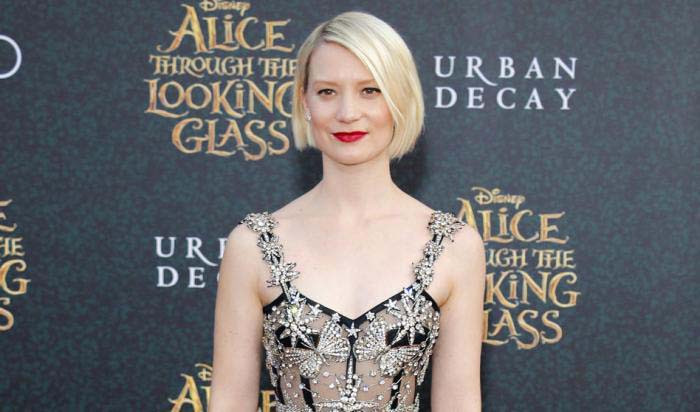 Wasikowska is an Australian by nationality with the white race. She belongs to Polish ancestry on her mother’s side and is of British Isles descent on her father’s side.

Besides, standing at a height of 5 feet 4 inches (1.63 m) and weighing about 48 kg (106 lbs), she has been able to maintain her body fit. Likewise, along with the body measurement of 33-24-34 inches, she has kept her body in perfect shape. Additionally, her hair color is blonde, and her eye color is hazel.

Mia is living a luxurious life. She is a famous actress who has earned a lot of money as well as fame. Wilson currently has about $8 million approximately.