Who is Gloria Estefan?

Gloria Estefan is a Cuban-American singer, songwriter, and actress who have been actively involved in the entertainment field since 1975 to date. She is listed in one of the most successful singers in the world. From her early days, she was interested in singing songs and playing guitar. This led her to pursue her career as a singer. Initially, she began her career in the band Miami Latin Boys as a lead singer and received her success through it.

Later the group name was changed into Miami Sound Machine. She received her break and was known worldwide when her song ‘Conga’ was released in 1985. This song also led to the winning Tokyo Music Festival in 1986. Apart from singing, she has also appeared in films and TV shows as a cameo role or guest appearance. Likewise, she is also a businesswoman and has her own business line of restaurants and cafes in different places. 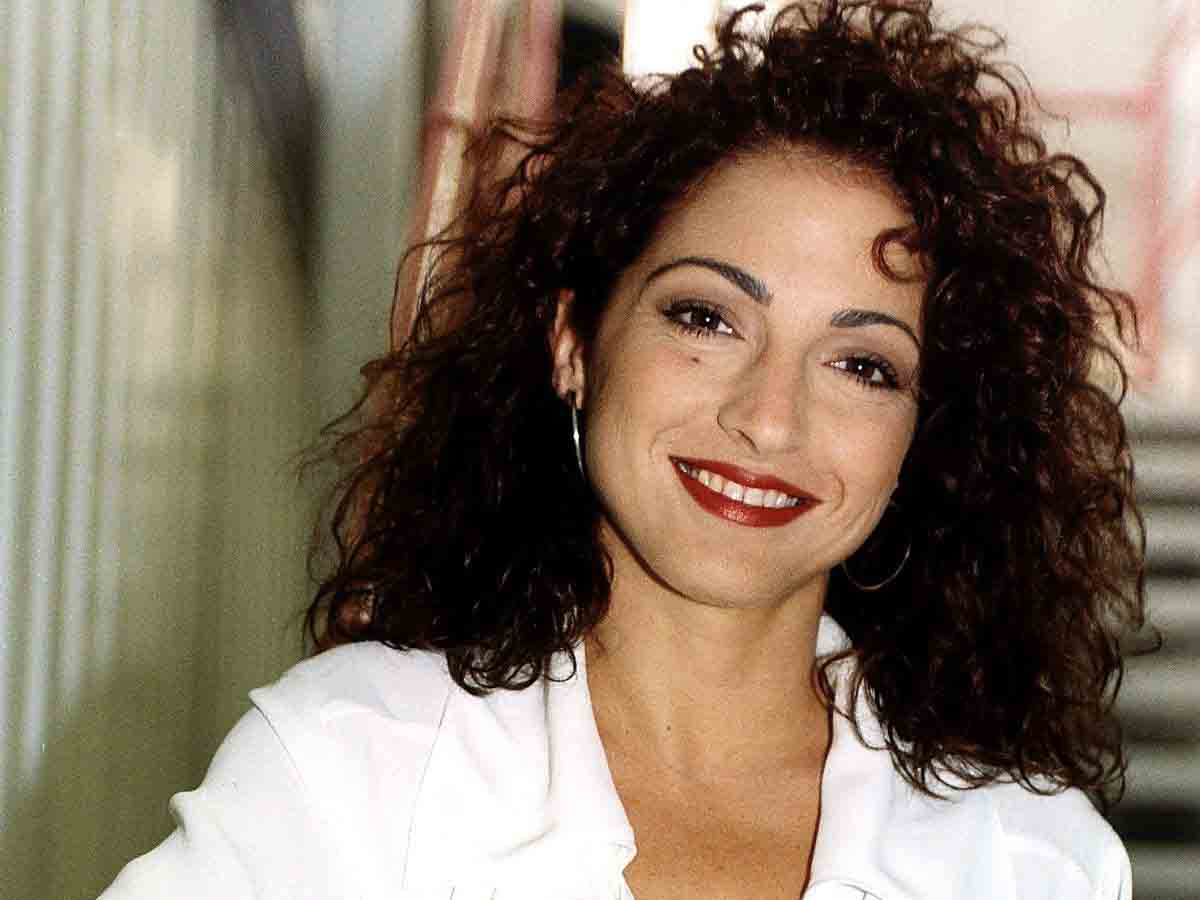 Gloria Maria Milagrosa Fajardo was born on September 1, 1957, in Havana, Cuba. She was born in a middle-class family to father was José Fajardo and her mother was Gloria García. Gloria also has her younger sister named Rebecca. She is currently 63 years old with a Virgo sun sign.

Gloria Estefan holds an American nationality. Her religious views are Deism and were brought up Catholic. She belongs to multiracial ethnicity that is White and Hispanic. She is of Cuban, Spanish, and American descent. Besides this, she stands 4 feet and 10¾ inches (1.49m/149cm) tall and weighs around 58 kg (128lbs). She has a pair of dark brown colored eyes with dark brown hair color complimenting her average body figure.

Gloria Estefan did her schooling from St. Michael-Archangel School and also enrolled at Our Lady of Lourdes Academy in Miami. She graduated from the University of Miami with B.A in psychology bachelor’s degree.

Moreover, after her family moved to the USA, her father was very ill. She helped her mother and also supported her family by working in a school as a teacher.

Gloria Estefan started dating Emilio Estefan in 1976 and after two years they tied a knot on September 2, 1978. This couple together has two children, Nayib their first son born on September 2, 1980, and their second daughter Emily born on December 5, 1994. Both of their children are involved in the entertainment industry. Nayib is a filmmaker while Emily is a recording artist. 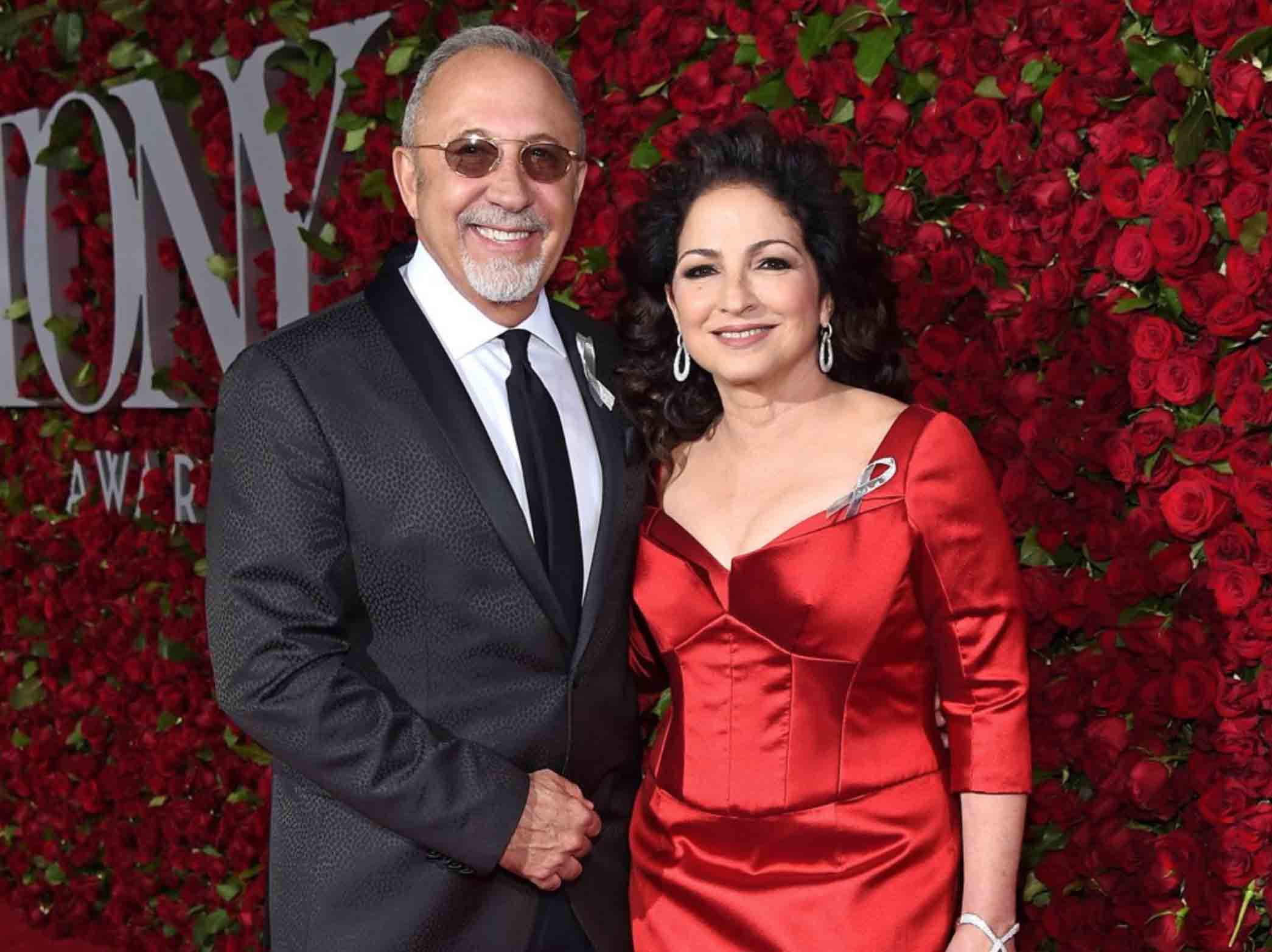 Moreover, Gloria and Emilio also have their grandson named Sasha Argento Coppola Estefan from their son Nayib and daughter in law Lara Diamante.

Gloria Estefan is active in her social media accounts. Her Instagram account (@gloriaestefan) has 587 thousand followers and her Twitter handle (@GloriaEstefan) have 540 thousand followers. Likewise, her Facebook page has 1.16 million likes and 1.28 million followers.

Gloria Estefan started her career in music while she was still a student. The lead singer and her future husband Emilio Estefan was impressed by her vocal and invited her to sing for his band. Later, she joined the band and it became Miami Sound Machine. Gloria and her band released their first album titled ‘Live Again Renacer’ in 1977 with two different covers: the Audiofon label and the RCA Victor label. Their second release was a titular album based on their band’s name called ‘Miami Sound Machine’ in 1980. Likewise, they released many albums and songs which lead them to be famous on an international level.

In 1987, Gloria received her breakthrough moment with the band’s album ‘Let it Loose.’ This album became an international hit and also a best seller in the USA, Canada, and Australia. Thereafter, she released her solo album in 1989 named ‘Cuts Both Ways.’ This album was also a hit and she came in limelight. She then went on a tour to support her solo album. During that time, she got injured and had a fractured spine. Because of this accident, she had to take a short break for her career. She then made a comeback in 1991 and performed in the American Music Awards on her single ‘Coming Out of the Dark.’ 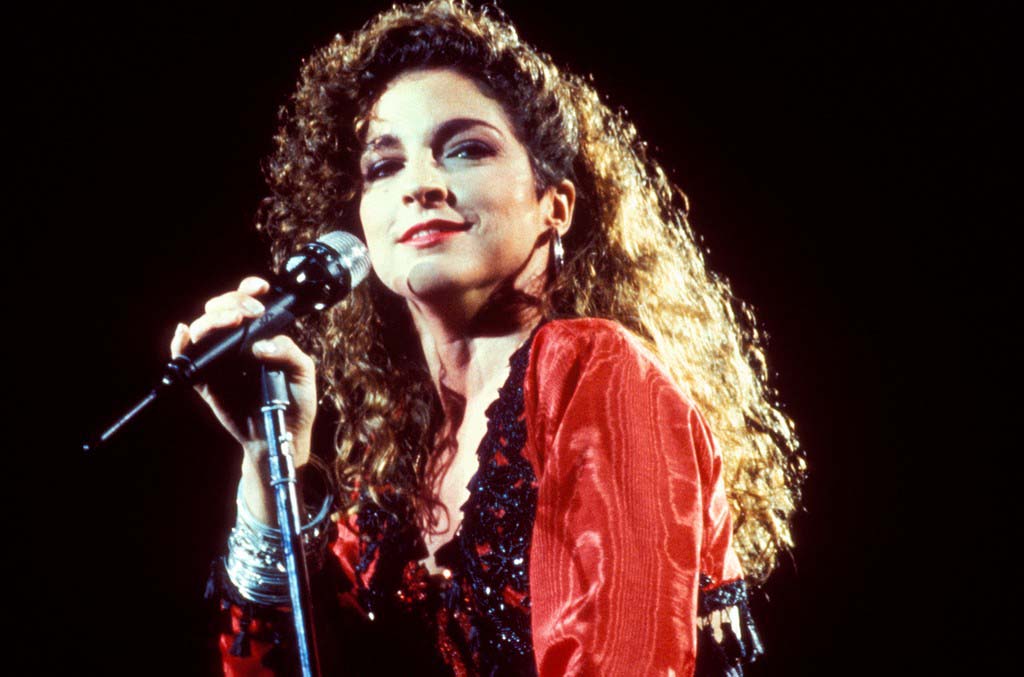 She also released her concept album named ‘Into the Light’ the same year. Likewise, her third album was a Spanish album ‘Mi Tierra’ , released in 1993. In this album songs, she used the words of Latin and Cuban music. This album also became popular became one of the best Latin albums of the year. The same year she released her fourth solo album ‘Christmas Through Your Eyes.’ Over the upcoming years, she released her many albums and cover album like ‘Hold Me, Thrill Me, Kisses Me’ in 1994, ‘Abriendo Puertas’ in 1995,’ ‘Destiny’ in 1996, and ‘Gloria!’ in 1998 which was a hip and groovy album with full dancing rhythm songs.

Moreover, she again released her third Spanish album, ‘Alma Caribena’ in 2000 under Epic Records studio. She then released ’90 Millas’ in 2007, ‘Miss Little Havana’ in 2011, and ‘The Standards’ in 2013. Her recent album was ‘Brazil305’, released in August 2020. This album consists of label work like Sony Music Latin, Sony Masterworks, and Crescent Moon. One of the songs from this album named ‘Put on Your Mask’ tells about the importance of wearing face masks during the current COVID-19 pandemic.

She has appeared in different films and shows as a guest appearance and in a cameo role. She has also published two books focusing on children named ‘The Magically Mysterious Adventures of Noelle the Bulldog’ in 2005 and ‘Noelle’s Treasure Tale’ in 2006.

Gloria Estefan nominated in 380 awards and won 275 of them for his contributions and association in the entertainment industry.

Gloria Estefan is an American singer and actress considered one of the most successful singer of the world. As of now, her net worth is $500 million.