Halsey is a big name in the music industry. She is a professional singer as well as a songwriter. She is a wonderful singer who has sung songs of various genres like Pop, electropop, and alternative pop. 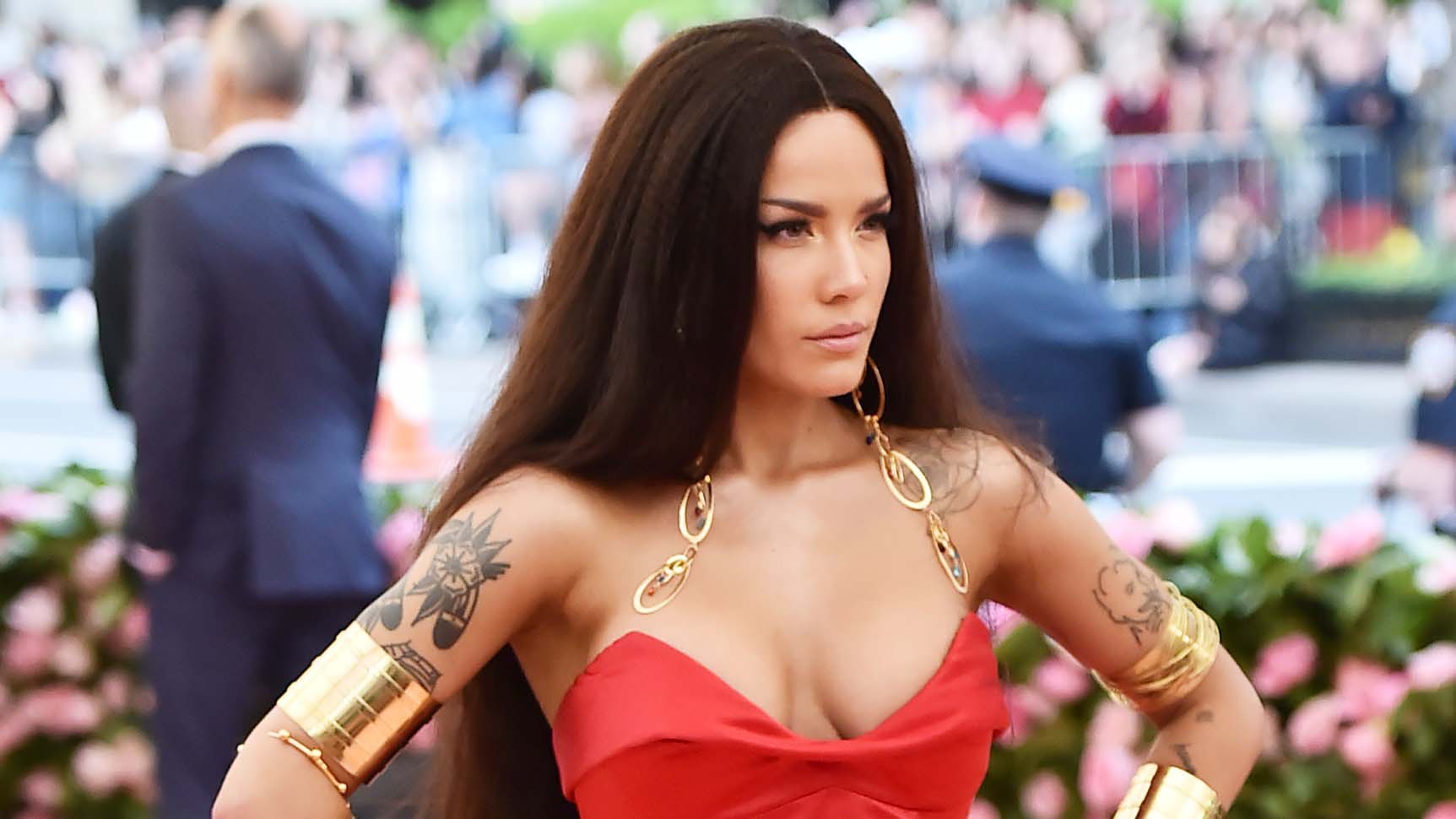 Ashley Nicolette Frangipane was born on the 29th of September, 1994 in Edison, a township in Middlesex County, New Jersey, U.S. She is the daughter of Chris Frangipane and Nicole Frangipane. Her father is a car dealership manager and her mother works for security in the hospital. Furthermore, she has two siblings, Sevian and Dante.

Halsey dated producer Lido from 2015 till 2016 and later in 2017 dated rapper G-Eazy. The couple collaborated in a single titled “Him & I” but unfortunately, broke up in July of 2018. She is currently dating actor Evan Peters.

Ashley’s sun sign is Libra. She stands to 1.63 m in height and weighs 54 kilograms. She has a beautiful pair of Hazel eyes. Halsey is of multiracial ethnicity and has declared herself bisexual.

Halsey attended a total of six schools during her early years due to her family moving houses often. She attended the Warren Hills Regional High School located in Washington, New Jersey and graduated. Halsey then attended the Rhode Island School of Design for further studies but withdrew due to financial reasons. She then went to a community college but dropped out without a degree.

Halsey is a wonderful artist who also likes to tattoo herself. She has stated that she has 29 tattoos in her body. Furthermore, she is good friends with a Korean boy band BTS and also featured in their single titled “Boy With Luv”. Furthermore, Halsey strongly supports Feminism. She also comes forward in supporting climate change campaigns. 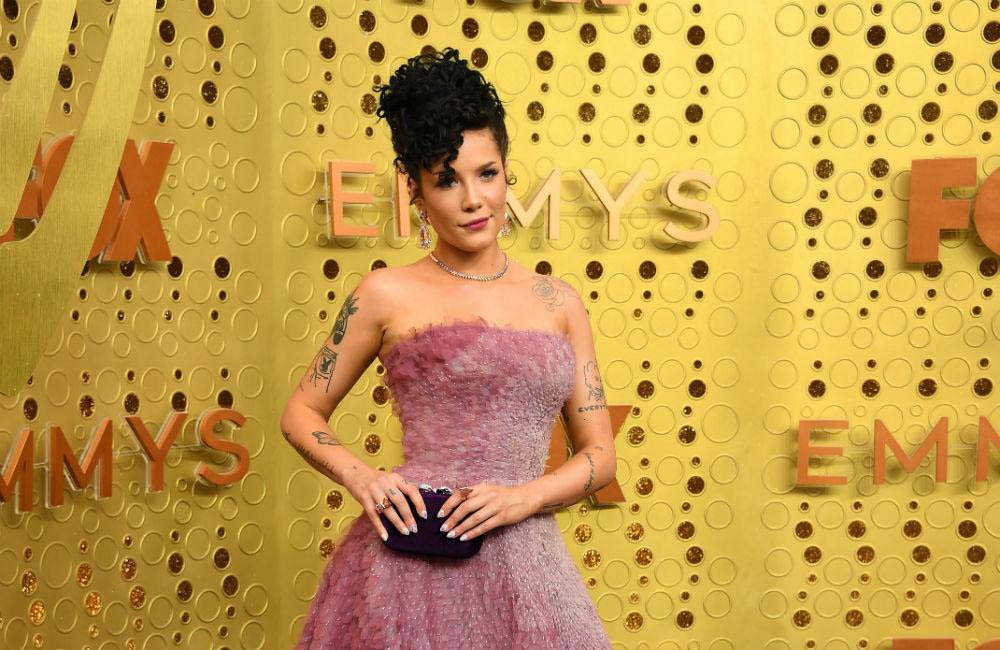 The Career of Halsey

Frangipane started her music career since the young age of 17. She got her stage name “Halsey” after she had an affair with a 24-year-old man who lived in Halsey Street, which is also her most famous stage name. Halsey was recognized by many after her cover of I Knew You Were Trouble by Taylor Swift. She then released her own song titled “Ghost” which was highly popular.

Halsey then signed with the Astralwerks, an American Record label. Under the label, she did many acoustic shows. Her debut extended play was titled Room 93 and also released on the 27th of October, 2014. She re-released the album digitally on the 9th of March, 2015. This album is of the electropop genre and has 5 tracks titled “Is There Somewhere”, “Ghost”, “Hurricane”, “Empty Gold”, and “Trouble (Stripped)”. The total length of the album is 16:09. The album peaked at 159 on the US Billboard 200.

Halsey’s debut album was titled Badlands and released on the 28th of August, 2015. The album was released under Astralwerks. The album hence had a total of 11 songs titled Castle, Hold Me Down, New Americana, Drive, Roman Holiday, Colors, Coming Down, Haunting, Control, Young God, and Ghost. Some of the producers who worked for the album were Lido, Tim Anderson, Captain Cuts, Aron Forbes, The Futuristics, Heavy Mellow, Charlie Hugall, Tim Larcombe, S.A, Sam Miller, Justyn Pilbrow, Dylan Scott, Trevor Simpson, Chris Spilfogel, Dylan William and Yung Gud. The length of the album is 40:03. The album peaked at No.2 on the Billboard 200 charts and also certified platinum by the RIAA. The most successful single from this album was Colors.

Halsey’s second album was released on the 2nd of June, 2017 under the same label. Titled Hopeless Fountain Kingdom, the album had various genres like the Pop, synthpop, electropop, and R&B included. The producers for this album were Halsey herself, Benny Blanco, Cashmere Cat, Greg Kurstin, Happy Perez, Ricky Reed, Lido, and Roget Chahayed. This album immediately debuted at No. 1 on the Billboard 200 charts and certified platinum. Furthermore, the album has 13 singles titled The Prologue, 100 letters, Eyes Closed, Alone, Now or Never, Sorry, Good Mourning, Lie, Walls Could Talk, Bad at Love, Strangers, Devil in Me, and Hopeless. Halsey featured Lauren Jauregui and Cashmere Cat for this album. The total length of this album is 38:32. 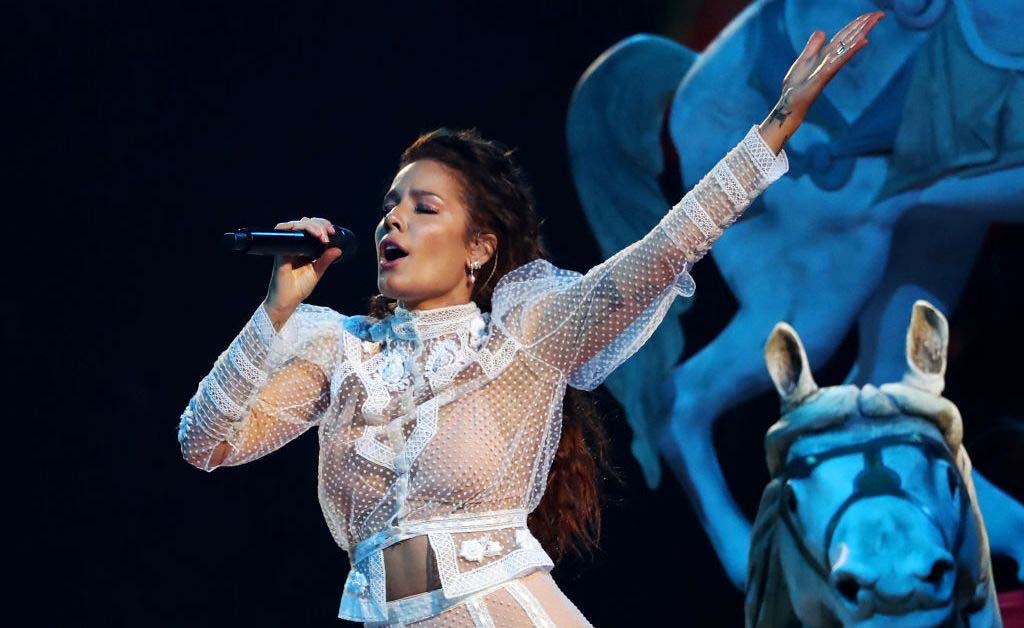 Halsey’s most recent album is titled Manic and released on the 17th of January, 2020. She then released this album under Capitol Records and has various genres of music like the Electropop, hip hop, and alternative rock. Various producers that worked for this album include Louis Bell, Jon Bellion, Benny Blanco, Suga of BTS, John Cunningham, Brenton Duvall, Lido, Finneas, Greg Kurstin, The Monsters & Strangerz, Ojivolta, Pdogg, Jasper Sheff, Andrew Wells and Alex Young. The album had 16 singles namely Ashley, Clementine, Graveyard, You Should Be Sad, Forever …, I Hate Everybody, 3AM, Without Me, Finally // Beautiful Stranger, Alanis Interlude, Killing Boys, Suga’s Interlude, More, Still Learning, and 929. She also had some bonus tracks that were target exclusively like You Should Be Sad and I’m Not Mad.

Net Worth of Halsey

Halsey’s Net Worth is hence estimated to be around $12 million.