Who is Kirsten Gillibrand?

Kirsten Gillibrand is a big name in the political Industry. She is a professional lawyer turned politician, who is a member of the Democratic Party. 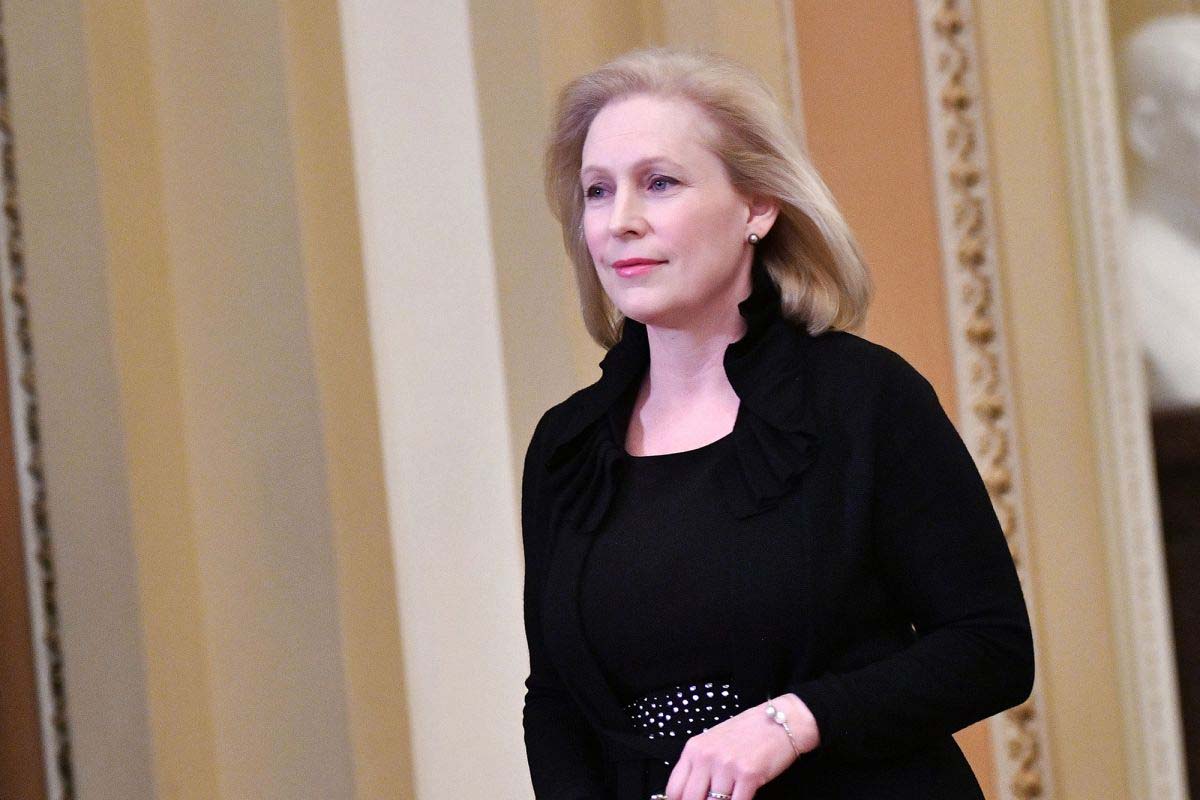 Kirsten Elizabeth Gillibrand was born on the 9th of December, 1966 in the capital state of New York, Albany, U.S. She was born to Polly Edwina and Douglas Paul Rutnik. She came from a law and political background as her parents were both attorneys. Furthermore, Kirsten is a middle child and has one older brother named Douglas Rutnik and a younger sister named Erin Rutnik Tschantret.

Kirsten’s star sign is Sagitarrius and her ancestry is mainly English, Scottish, Austrian, German and Irish.

Kirsten married Jonathan Gillibrand in 2001 after they met on a blind date. Her husband is a venture capitalist from Britain. The couple has two children (sons) together. Furthermore, her first son’s name is Theodore Gillibrand and her second son’s name is Henry Gillibrand. The family currently resides in Brunswick.

Gillibrand attended the Emma Williard School, located in Troy, New York and graduated from there. He then attended Dartmouth College and majored in Asian Studies. She then studied at Beijing Normal University. During her studies there, she did an internship at Republican U.S. Senator’s office. Later, she attended the UCLA School of Law and graduated receiving a J.D. She passed the bar exam in 1991.

Gillibrand became the associate for the Davis Polk & Wardwell in 1991. She then took a leave from the office and became a law clerk for Judge Roger Miner. While she worked at the Davis Polk & Wardwell, she was the defense attorney for Philip Morris, a tobacco company. She was able to become a senior associate after this case. She became interested in politics after hearing Lady Hillary Clinton’s speech. Later in 2001, Gillibrand opened Boies, Schiller & Flexner as a partner. However, she left the office in 2005. 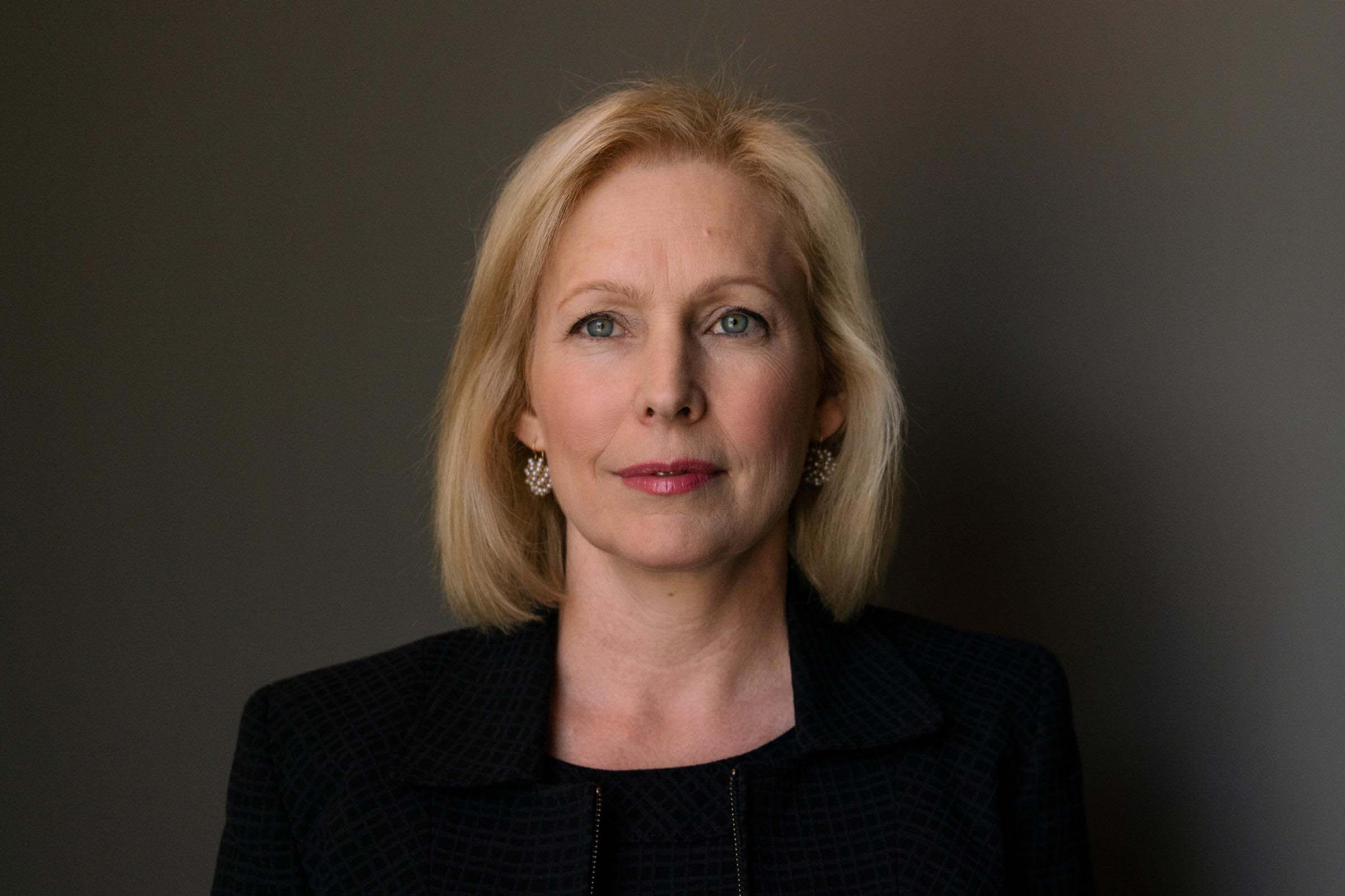 Kirsten helped in the 2000 U.S. Senate campaign of Hillary Clinton in 1999. Clinton helped her in her further campaigns later and acted like her mentor. Kirsten then ran for the 2006 New York’s 20th congressional district election. Many politicians like Mike McNulty, Hillary Clinton, and Bill Clinton helped her in this campaign. She won the campaign on the 5th of November by 53% of the total votes against John E. Sweeney. She received 116,416 votes from the Democratic Party, 3,839 votes from working families. Furthermore, she won the reelection in 2008 by a 62% vote against Sandy Treadwell. In this election, she received 178,996 votes from the Democratic Party and 14,655 votes from the Working Families. She stayed in the position till the 26th of January, 2009 and was succeeded by Scott Murphy.

Kirsten was selected as the U.S Senate on the 23rd of January, 2009 after Hillary Clinton left a vacant spot being selected as the Secretary of State on the 1st of December, 2008 by Barack Obama. There were many mixed responses regarding her selection because she was relatively unknown than many other considered candidates like Andrew Cuomo, Fran Drescher, and Caroline Kennedy. She swore the position on the 26th of January, 2009 and became the youngest senator of the 111th congress. In her first statewide election, she won against congressman Joseph DioGuardi with 57% of the vote. Furthermore, Kirsten ran for the election to gain a six-year term of the senator position and won against Wendy E. Long with 71.2% of the votes.

In 2018, she re-elected for the position of Senator and won again with 67% of the votes against Chele Chiavacci Farley. She received 3,755,489 votes from Democratic Party, 160,128 votes from the Working Families, 99,325 from Independence and 41,989 votes from Women’s Equality. Whereas, her opponent Chele Chiavacci Farley received 1,730,439 votes from Republican Party, 246,171 votes from the Conservative party, and 21,610 votes from Reform. Kirsten decided to participate in the 2020 Presidential Campaign and announced this on the 17th of March, 2019. However, she withdrew from the campaign since she failed the third debate. 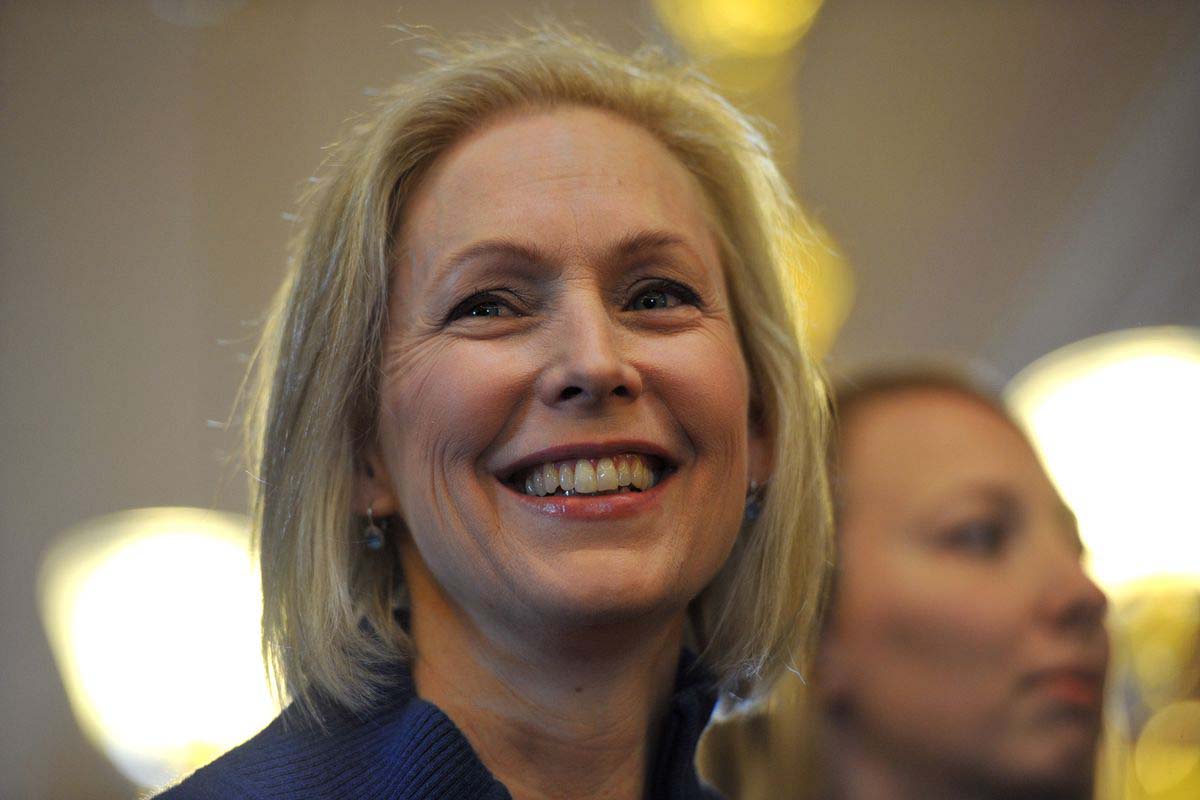 Kirsten’s first book was released in 2014 titled “Off the Sidelines: Raise Your Voice, Change the World”. Her book got a lot of reviews and also charted on the Times Best Seller list for hardcover nonfiction. The book got the position of No. 8 after its publication.