Who is Harrison Ford?

Harrison Ford is a famous actor in Hollywood who received worldwide fame for his starring role as Han Solo in the epic space-opera film ‘Star Wars.’ Although he started very late, he fashioned a career by taking every chance and challenging every role that came his way.  He is also widely known for his titular film franchise in action-adventure film ‘Raiders of the Lost Ark’ where he portrayed of Indiana Jones. As of 2019, he has been the fourth highest-grossing domestic box-office star of all time. 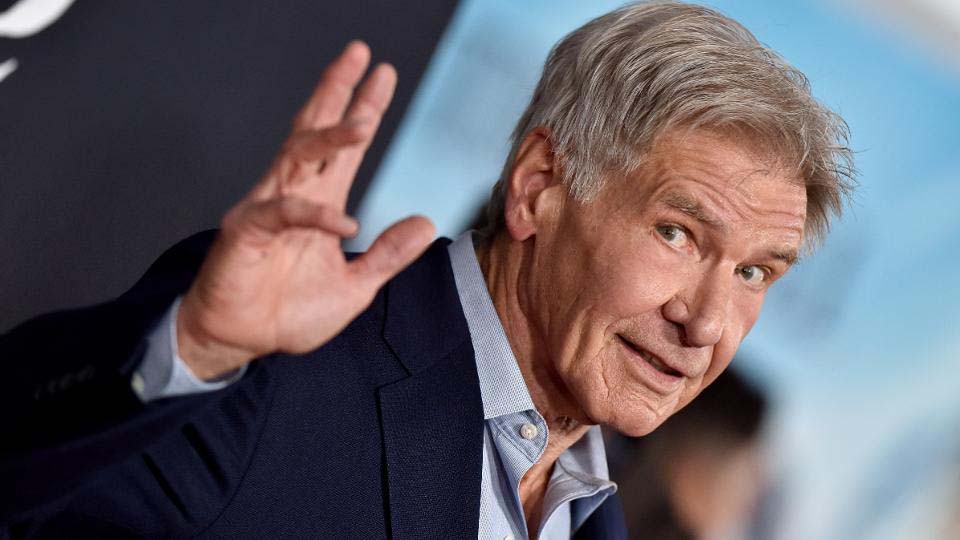 Harrison Ford was born on July 13, 1942, in Chicago, United States. He was born to father Christopher Ford who was an advertising executive and a former actor and to mother Dorothy a homemaker and a former radio actress. He also has a brother named Terence Ford. Harrison is currently 78 years old with Cancer sun sign.

Harrison Ford holds an American nationality and belongs to the Jewish religion. He is of Irish Catholic and Russian Jewish ancestry. Besides, he stands 6 feet and 1 inch (185cm/1.85m) tall and weighs around 81kg (179lbs). He has a pair of hazel coloured eyes with salt and pepper hair colour.

Harrison attended Maine East High School in Park Ridge. He then got enrolled in Ripon College in Wisconsin in philosophy major. To overcome his shyness nature, he took a drama class in the final quarter of his senior year and eventually fascinated by acting.

Ford first married to Mary Marquardt from 1964-1979 and have two sons named Benjamin and Willard. Through his second wife Melissa Mathison from 1983-2000, he has two children named Malcolm and Georgia. Currently, he is married to Calista Flockhart in 2010. They adopted a son named Liam. 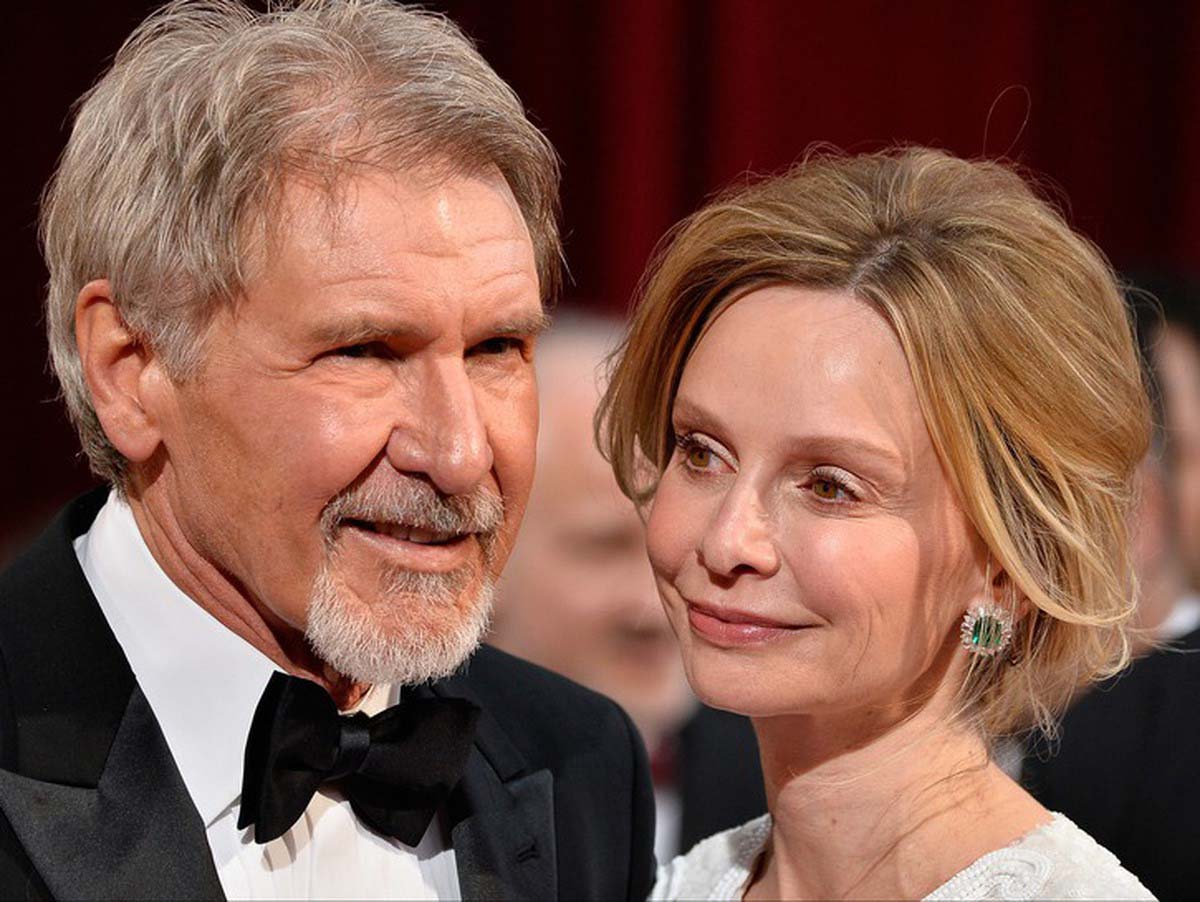 There are no social media accounts listed for Harrison Ford yet. But there’s a lot of fan accounts of Harrison in different social media platforms in Instagram, Twitter and Facebook.

Harrison Ford travelled to Los Angeles to find job opportunities in radio voice-overs in 1964. Two years later, he signed two years contract with Columbia Pictures and landed his first-bit role as a bellboy in ‘Dead Heat on a Merry-Go-Round’. The next year also he was in a minor role in the films ‘Luv’ and ‘A Time for Killing.’ He also worked on several TV shows throughout the 60s and 70s including ‘Ironside’ as Tom Stowe and ‘The Virginian’ as Cullen Tindall in 1967, ‘The F.B.I’ and ‘Love, American Style’ in 1969, ‘Gunsmoke’ as Hobey in 1972, ‘Kung Fu’ as Mr Harrison in 1974. He also appeared in Television special show ‘The Star Wars Holiday Special’ as Han Solo in 1978.

Talking about his filmy career, he played significant roles in the super hits of the 70s like ‘American Graffiti’ in 1973, ‘The Conversation’ in 1974 and ‘Apocalypse Now’ in 1979. He came in limelight and received worldwide recognition from his 1977 film ‘Star Wars’ where he played as Han Solo. Furthermore, Ford appeared alongside casts Mark Hamill, Carrie Fisher, Peter Cushing, and others. It was the first instalment film of Star Wars productions. Furthermore, This was a widely successful film which got critical acclaim and was most notable for its groundbreaking visual effects. 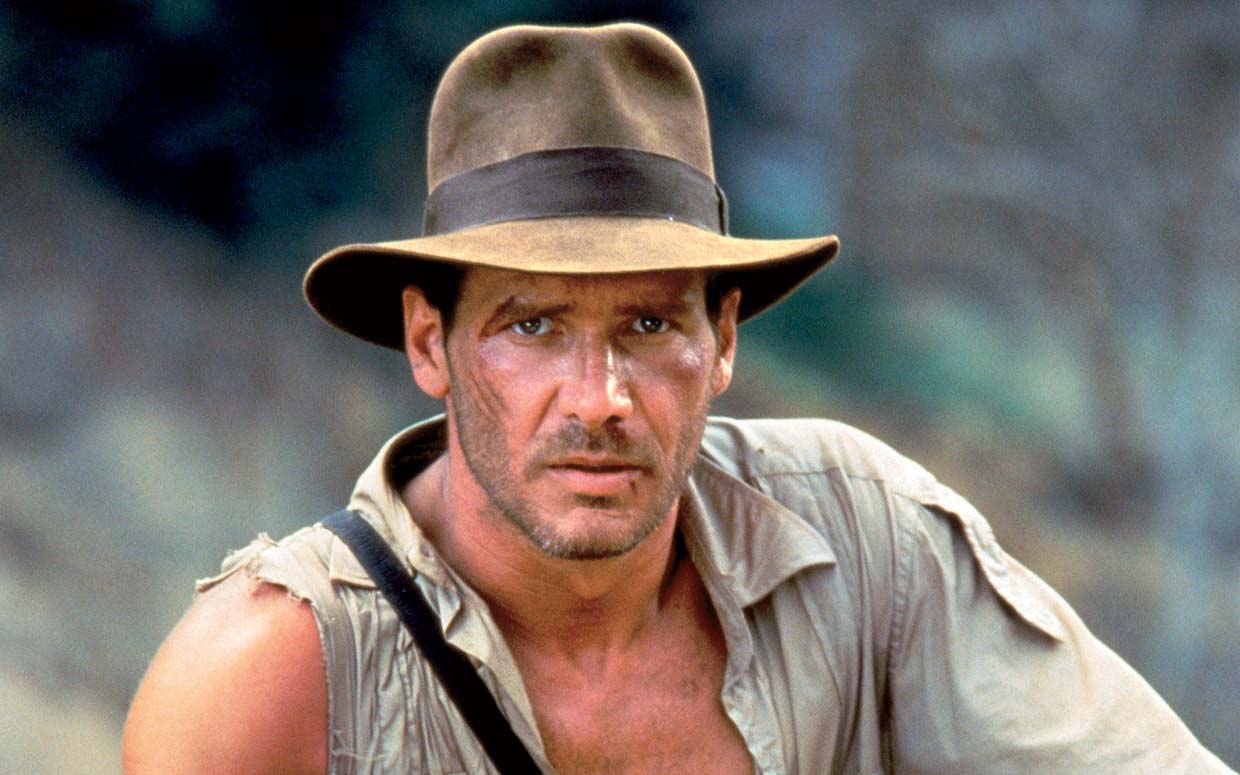 Harrison in 1980 reprised his role of Han Solo in the film ‘The Empire Strikes Back.’ His next film ‘Raiders of the Lost Ark’ in 1981 was massively successful and became the highest-grossing film of the year. He played the character of an archaeologist Indiana Jones. He then went on to reprise this role throughout the rest of the decade in the prequel ‘Indiana Jones and the Temple of Doom’ in 1984 which co-starred Kate Capshaw, and the sequel ‘Indiana Jones and the Last Crusade’ in 1989 which co-starred Sean Connery. During that time he appeared in other movies like ‘Blade Runner’ in 1982, ‘Return to Jedi’ in 1983 and ‘Witness’ in 1985.

Harrison acted in an action comedy film of 2003 named ‘Hollywood Homicide’ in 2003. Then after three years, he was seen in ‘Firewall’ as Jack Stanfield. He again reprised his role of Indiana Jones in the film ‘Indiana Jones and the Kingdom of the Crystal Skull’ in 2008. The next year he appeared as Max Brogan in the film ‘Crossing Over.’ Furthermore, in between 2010 -2013, he appeared in several films including ‘Extraordinary Measures’ in 2010, ‘Cowboys and Aliens’ in 2011, ‘Paranoid’ and ‘Ender’s Game’ in 2013. In 2014 he appeared in TV series as well as in film too.

In 2015, Harrison reprised his role as Han Solo in ‘Star Wars: The Force Awakens.’ This film was widely anticipated and received positive reviews for its screenplay, direction, acting performances. He voice role for Rooster in 2019 animated comedy film ‘The Secret Life of Pets 2.’ The same year he again went to reprise his role of Han Solo in ‘Star Wars: The Rise of Skywalker.’ His recent film in 2020 is ‘The Call of the Wild’ where he portrayed the character of John Thornton.

For his 1985 role in ‘Witness’, Harrison was nominated for the Academy Award, the BAFTA, and the Golden Globe. He was also ranked number 1 in its Top 100 Movie Stars of All Time list in 1997. Similarly, in 2000 he received the AFI Lifetime Achievement Award. In 2006, he received the Jules Verne Spirit of Nature Award for his efforts related to the preservation of the planet. Likewise, in 2013 ‘Flying’ magazine ranked him number 48 on their list of the 51 Heroes of Aviation.

Harrison Ford earns from his acting career. He has appeared in numerous films and TV series. His primary income comes from working in the entertainment industry. As of 2020, his net worth is approximately $300 million.