Kate Walsh is an American actress who has been actively working in entertainment from 1995 to date. She is mostly known for her role as Dr. Addison Montgomery in the TV series ‘Grey’s Anatomy.’ She has also appeared in Netflix series like ’13 Reasons Why’ and ‘The Umbrella Academy.’ Apart from acting, she is also a businesswoman, social activist, and entrepreneur.

She first started her acting career in theatres, then did modeling in Japan, and eventually acted in film and series. Also, the actress is involved in charity works and supports pet adaption. Also, she has participated in various awareness programs and has been campaigning for different social causes. 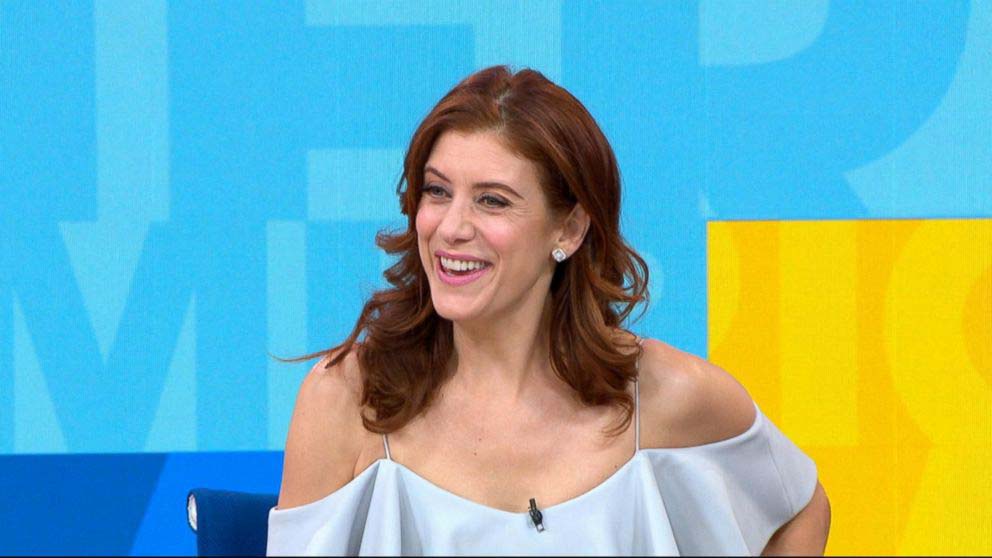 Where was Kate Walsh born?

Kate Walsh was born by the name Kathleen Erin Walsh, on October 13, 1967, inSan Jose, California, USA. Her father is an Irish citizen, Joseph P. Walsh from Navan, Ireland, while her mother has Italian descent named Angela. She grew up along with her two sisters and two brothers. Her brothers Sean and Joe are also in the entertainment industry. She is currently 52 years old with a Libra sun sign.

Where did Kate Walsh receive her education?

Kate Walsh attended Catalina High School and Rincon High School. She then enrolled at the University of Arizona to study acting but dropped out of her studies. Later she joined a comedy troupe in New York and worked as a waitressing for a specific time.

What is Kate’s distinctive feature?

Kate Walsh holds an American nationality and is of decent mixed Irish-Italian. She was raised in a Catholic family and, therefore, follows Christianity as her religion.

Besides, Kate stands 5 feet and 8 inches (178cm/1.78m) tall and weighs 76 kg (167lbs). Her body measurements are 36-27-37 inches, respectively. She has a pair of blue-colored eyes with blonde hair color complimenting her body figure. 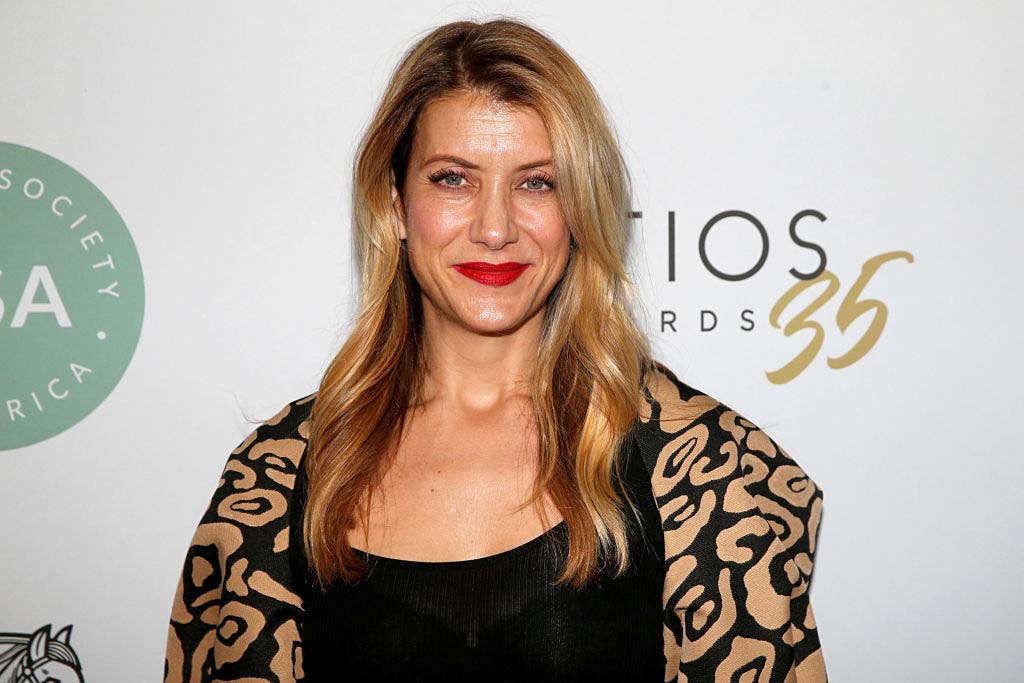 How did Kate Walsh start her acting career?

Initially, Kate Walsh began her career as a runway model in Japan. Later, she joined the Piven Theatre Workshop in Chicago, U.S, and started her professional acting. She then moved to New York and became a member theatre ensemble ‘New York City Players.’ She played various plays like ‘Happy Birthday Wanda June,’ ‘Moon Under Miami,’ ‘The Danube,’ and many more. Also, she participated in Broadway and performed in Atlantic Theatre Company in the play ‘Dusk Rings a Bell’ in 2010.

Talking about her business, she is the founder of the beauty company ‘Boyfriend LLC’ and launched her first perfume, called ‘Boyfriend’ in 2010. She also performs various programs on different social media platforms to promote the product.

In 2005 she landed her lead role in the medical drama TV series ‘Grey’s Anatomy’ where she portrayed the role of Dr. Addison Montgomery. This series has 16 seasons and 363 episodes in total, lasting till 2012. It is one of the longest-running scripted primetime shows, which has got mostly positive reviews. During those times, she also played in ‘Private Practice’ from 2007 to 2013, ‘King of the Hill’ in 2009, ‘Full Circle’ in 2013, and ‘Bad Judge’ from 2014 to 2015.

Likewise, from 2017 to 2020, she landed a main in a Netflix series ’13 Reasons Why?’ as Olivia Baker, who acts as the mother of Hannah Baker (Katherine Langford). This series got positive as well as mixed reviews. The first season was released on Netflix on March 31, 2017, the second season was also released on May 18, 2018, and the third season was released on August 23, 2019. Similarly, the fourth and final season aired on June 5, 2020, which concludes with the untimely death of a beloved character Hannah Baker. She has recently seen another Netflix series, ‘The Umbrella Academy,’ as The Handler from 2019 to date. 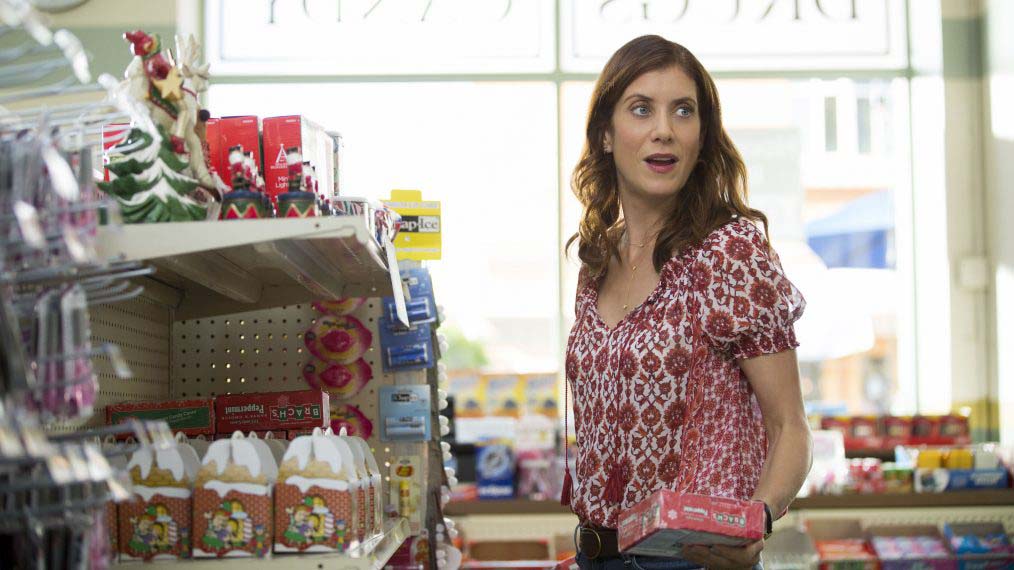 Has Kate Walsh won any awards?

Kate Walsh won the Satellite Awards 2006 and Screen Actors Guild Awards in 2007. Likewise, in 2012 she won the San Diego Film Critics Society Awards under the category Best Ensemble Award shared with the cast for the film ‘The perks of being a wallflower.’

Who is Kate Walsh dating?

Kate Walsh dated 20th Century Fox executive Alex Young in 2007 and married in September 2007 in Ojai Church. Sadly, Kate and Alex separated on February 5, 2010. Besides, Kate has a health issue, and she was diagnosed with a benign meningioma. As a result, she took a nine-month break from her acting career as the actress went through surgery to remove the tumor.

Is Kate active in social media?

Kate Walsh has active social media accounts. Her Instagram account and Twitter account (@katewash) have 3 million followers and 904.5 thousand followers, respectively. Moreover, her office has an official Facebook page has 1.5 million followers and 802.1 thousand likes. She also has her YouTube channel with her own name, where she often talks about various topics like entrepreneurship and the Boyfriend Talk Show.

What is Kate Walsh’s net worth?

Kate Walsh being an amazing American actress and a businesswoman, is living a luxurious lifestyle. Her net worth as of 2021 is approximately $20 million.