Who is Kristen Bell?

Kristen Bell is an actress, singer and producer who began professional acting from stage productions. She was involved in acting from her childhood days, she did advertisements and TV commercials. Kristen first made several minor appearances in TV series and then stepped in the film industry. She came in limelight when she was cast in the main lead of ‘Veronica Mars’ as Veronica. She is also a voice actress who has lent her voice in ‘Frozen’ and have also won Alliance of Women Film Journalists Awards. 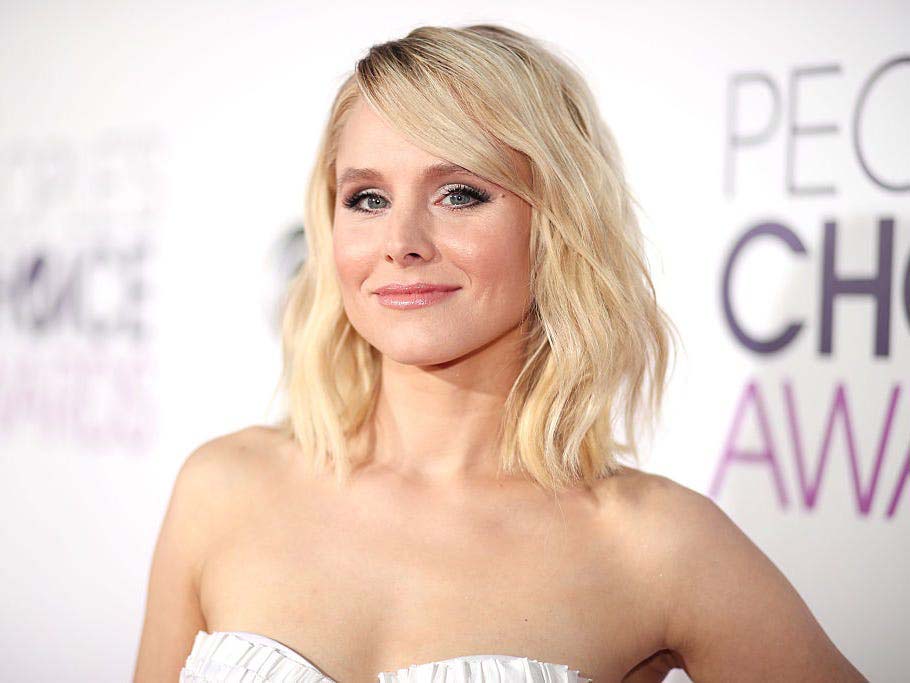 Kristen Anne Bell was born on July 18, 1980, in Huntington Woods, Michigan. She was born to father Tom Bell who works as a television news director and to mother Lorelei Frygier, a registered nurse. After, her parents got separated her father and mother re-married. She has two stepsisters from her father’s second marriage and two half-sisters, two half-brothers from her mother’s second marriage. She is currently 40 years old with Cancer sun sign.

Kristen Bell holds an American nationality and she is non-religious and identifies as a humanist. She is of Polish, German, Scottish and Irish ancestry. Besides this, she stands 5 feet and 1 inch (1.52m/152cm) tall and weighs around 48 kg (105lbs). Her body measurements are 34-24-34 inches respectively. She has a pair of blue coloured eyes with blonde hair colour complimenting her slim body figure.

Kristen Bell first attended public school system, then she moved to shrine Catholic High school by her parents. There, she was also a member of the drama and music club. She also participated in various school’s drama and play ‘Fiddler on the Roof,’ ‘Lady Be Good,’ ‘Li’l Abner’ and ‘The Wizard of Oz’ as Dorothy Gale. After her graduation, she enrolled in Tisch School of the Arts in major ‘Musical Theatre.’ She then took part in Broadway’s musical version of ‘The Adventures of Tom Sawyer’ before graduation.

Kristen Bell made her debut film in ‘Polish Wedding’ in 1998 in an uncredited role. After that, she appeared in many minor roles film like ‘Pootie Tang’ in 2001, ‘The Cat Returns’ in 2003, ‘Spartan’ in 2004 and ‘Reefer Madness,’ ‘Deepwater’ in 2005. She also voices for the character Hex in 2007 film ‘Flatland: The Movie’ and in ‘Astro Boy’ as Cora in 2009. During upcoming years she appeared in many other films like ‘When in Rome,’ ‘Get Him to the Greek,’ ‘Burlesque’ in 2011, ‘Scream4’ in 2011. In 2012 film ‘Hit and Run’ she acted as Annie and was also a co-producer for the film. She came in limelight when she starred in 3D computer-animated musical fantasy film ‘Frozen’ for her voice to one of the main lead Anna.

Likewise, her breakthrough role in filmy career came in 2014 when she played as Veronica in the film ‘Veronica Mars.’ She also worked as the executive producer of the film. This film was a continuation of the series that got cancelled in 2007. The film received positive reviews from critics and audiences and her performance was also praised. It earned $3.5 million worldwide against a $6 million budget. The next two years in 2015 and 2016 she voiced for Anna in the short film ‘Frozen Fever’ and for Priscilla in ‘Zootopia.’ Furthermore, her other films in the late 2010s were ‘The Boss’ in 2016, ‘The Disaster Artist,’ ‘Chips,’ and ‘A Bad Moms Christmas’ in 2017 and ‘Teen Titans GO! To the Movies,’ ‘Like Father’ in 2018. Recently she again reprised her voice role in the sequel film ‘Frozen II’ as Anna. 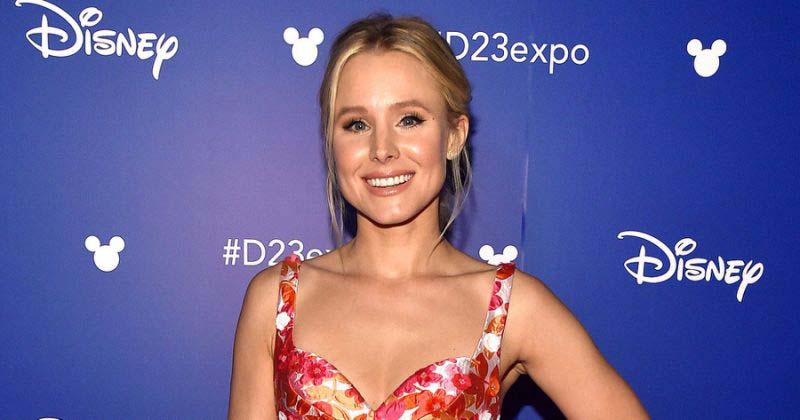 Kristen Bell made her small-screen appearances in 2003 series in an episode of ‘The Shield.’ The same year she also appeared in ‘American Dreams,’ ‘Everwood’ and ‘The O’Keefes.’ The next year she received her breakthrough role in the TV series ‘Veronica Mars’ as a main lead of Veronica. She starred in this series from 2004 to 2007 and in 2019. This series appeared on a number of fall television best lists, and also garnered awards and nominations. It had four seasons in total and after the cancellation of the fifth season, the film had made for its continuation. Moreover, the series was a critical success from its first season.

In 2007, she starred in the series ‘Heroes’ in the role of Elle Bishop. She appeared in thirteen episodes of the series. She also featured as herself in a voice role in ‘Gossip Girl’ series in the same year. Thereafter in 2009, she lent her voice to the show ‘The Cleveland Show’ for the character Mandy.

Likewise, in 2012 she hosted an award show along with Toby Keith and Jason Aldean named ‘CMT Music Awards.’ She also appeared as a guest role in 2013 TV programs ‘Hollywood Game Night’ and ‘Lady Gaga and the Muppets Holiday Spectacular.’ She also hosted 2015 ‘30th Independent Spirit Awards’. The same year she appeared in an episode of ‘The Simpsons’ as Harper where she did her voice role. Her next main role series was ‘The Good Place’ in 2016 as Eleanor Shellstrop. This series ran till 2020.

Furthermore, she lent her voice to a various character in 2017 series ‘BoJack Horseman’ as Ruthie and ‘Family Guy’ as Martha. The following year she again hosted ‘24th Screen Actors Guild Awards’ and also appeared in ‘The Ellen DeGeneres Show’. Similarly, in 2019 she hosted and executive produced a reality web television series ‘Encore!’ which is still running. Her recent work is in an animated sitcom ‘Central Park’ where she lent her voice to Molly Tillerman in 2020.

Kristen Bell previously dated Kevin Mann for five years. After their breakup, she dated Dax Shepard and married on October 17, 2013. They together have a daughter named Lincoln Bell Shepard. 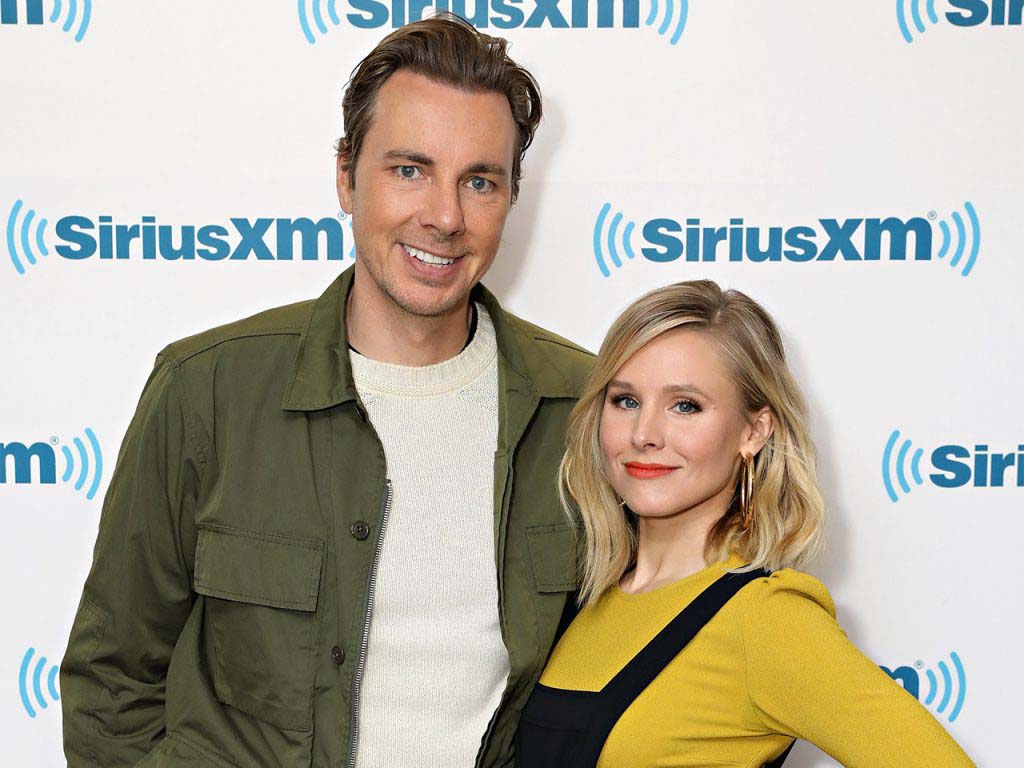 Kristen Bell has won Satellite Award for the movie ‘Reefer Madness: The Movie Musical’ in 2005. She also won Saturn Award for ‘Best Actress on Television’ in 2006 for her role as Veronica Mars in the series of the same name. She has also been awarded Alliance of Women Film Journalists Award in 2013 for the animated film ‘Frozen’ where she has provided a voice to Anna character.

Kristen Bell is an outstanding TV, film and voice actress has gained a massive amount of popularity as well as wealth. Her net worth as of 2020 is approximately $40 million.