Mike Myers- A Canadian Actor, Producer, Director, and Screenwriter, Who is Famous For His Role in “Austin Powers” Film Series

Who is Mike Myers?

Mike John Myers is a Canadian actor, comedian, producer, director, and screenwriter. He is best known for his “Austin Powers” film series, by which he gained immense success and worldwide acclaim. Mike began his career in the entertainment industry as a child actor by the age of eight by appearing in a number of television commercials. He is also famous for playing “Wayne’s World” and “Shrek.” Other than that, Mike is known for his appearances on Saturday Night Live in 1989-1995 and for being a member of the band Ming Tea. Mike is also a passionate footballer and a “Dungeons & Dragons” player. 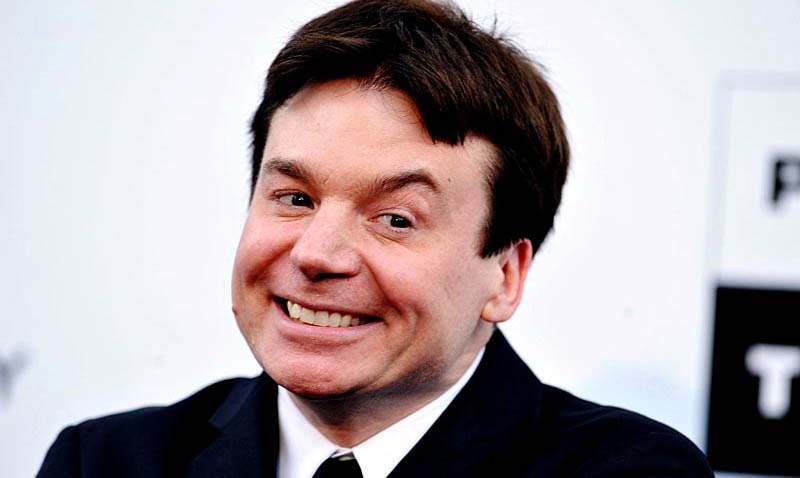 Mike was born on May 25, 1963, in Scarborough, Ontario, Canada. He is currently 57 years old. His zodiac sign is Gemini. He was a son to father, Eric Myers, who is an insurance agent and World War II veteran and to mother, Alice E. Myers, who is an office supervisor and veteran of the “Royal Air Force.” He has two elder brothers, Peter Myers and Paul Myers. Mike was raised as a protestant.

Mike studied in the Bishopbriggs Academy, which later renamed as Sir John A. Macdonald Collegiate Institute in Scarborough, Ontario. He graduated from the Stephen Leacock Collegiate Institute in Scarborough, Ontario. He began appearing in various commercials at the age of eight. By the time he was ten years old, he had created an ad for British Columbia Hydro Electric. In 1982, Mike became a member of Second City Theatre, which is an improvisational comedy group in Chicago.

Myers started his career as a child actor. He made an appearance on the Canadian TV sitcom “King of Kensington” as Ari at the age of twelve. He later relocated to the United Kingdom and became one of the co-founders of “The Comedy Store Players,” which is a group of improvisational comedians in 1985. The group used to perform at “The Comedy Store” in London. Eventually, in the following year, he starred in the UK bases children’s TV series “Wide Awake Club.” He also became one of the cast members of a Second City Theatre stage show in Toronto. In 1988, he relocated to Chicago and became a member of the improvisational comedy theatre group ImprovOlympic. Being a part of the group, he received training and also performed at various places.

In 1989, Mike joined in the cast of the American sketch comedy and variety show “Saturday Night Live.” He made numerous appearances as Wayne Campbell on Toronto’s Citytv and also on Christopher Ward’s music video “Boys and Girls” in the 1980s. Similarly, in 1992, he debuted comedy film “Wayne’s World” as Wayne Campbell and also reprised the role in 1993 in the movie “Wayne’s World 2.” Subsequently, in 1993, he also played a double role in “So I Married an Axe Murderer.” Mike wrote, produced, and acted in the film “Austin Powers: International Man of Mystery” in 1997 as Austin Powers/ Dr. Evil. He played a role in a drama film titled “54”, “The Thin Pink Line,” and “Pete’s Meteor” in 1998. Apparently, in the next year, he reprised his role in the film “Austin Powers: The Spy Who Shagged Me” and also appeared in the movie “Mystery, Alaska.” 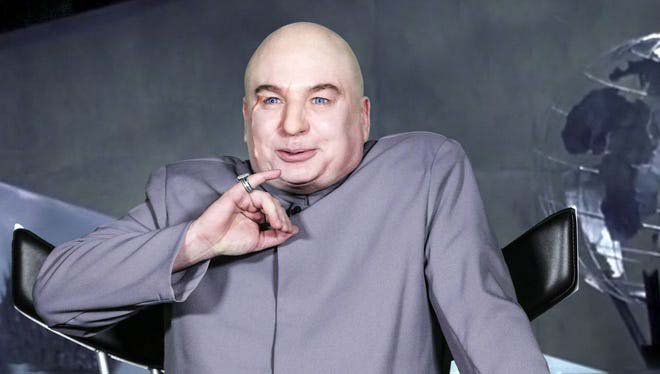 In 2001, Myers voiced in the animated film “Shrek.” Eventually, in 2002, he again reprised his role in the movie “Austin Powers in Goldmember.”Mike voiced a role in the film “Shrek 2,” “Shrek the Third,” and “Shrek Forever After” in 2004. He starred, co-wrote, and co-produced the romantic comedy film “The Love Guru” in 2008. In the following year, he played in the movie “Inglourious Basterds.”

In 2013, Myers appeared in the documentary film “Being Canadian, Sometimes” and also directed an American documentary film, “Supermensch: The Legend of Shep Gordon.” He appeared as himself in a documentary film, “I Am Chris Farley” in 2015. The same year, he also published a book titled “Canada.” He began hosting “The Gong Show” in 2017 and also hosted the show as a fictional British host named Tommy Maitland. Mike starred in a supporting role in “Terminal” and in “Bohemian Rhapsody” in 2018.

Myers has associated with the entertainment industry since he was a child and has contributed to a lot of films. He has been nominated in numerous awards and has won several of them. In 1989, he won the Primetime Emmy Award for “Outstanding Writing in a Variety or Music Program” from “Saturday Night Live.” Mike was the recipient of the American Comedy Award in “Funniest Actor in a Motion Picture.” He also won the Canadian Comedy Award for “Film-Pretty Funny Writing’ in 2003. Moreover, He received the Screen Actors Guild Award for “Outstanding Performance by a Cast in a Motion Picture” from “Inglourious Basterds” in 2010.

Myers got married to his girlfriend and comedy writer, Robin Ruzan, in 1993. The couple filed for divorce in 2005. In 2010, he again married to Kelly Tisdale. The couple has a son and two daughters. 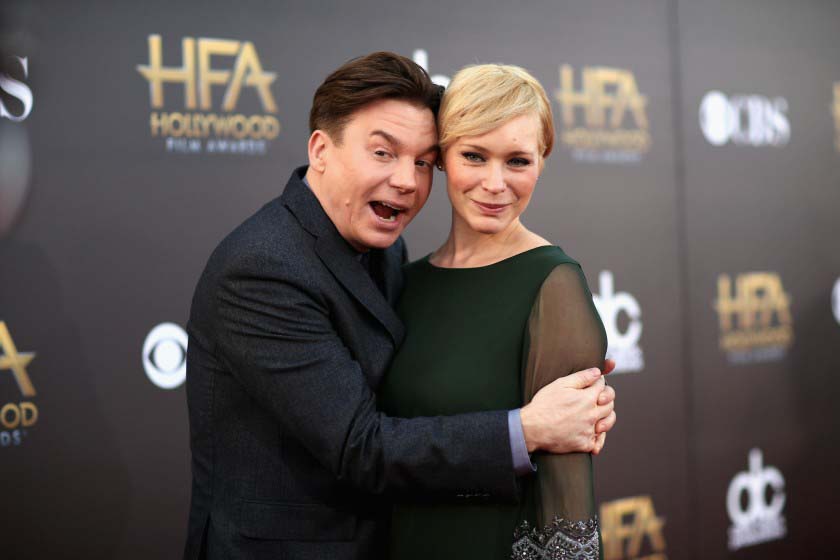 Mike is Canadian, British, and American by nationality and is of the white race. He belongs to English and Welsh descent.

Besides, Mike stands at the height of 5 feet 7 inches (1.7 m) and weighing about 82 kg (181 lbs) with the body measurement of 42 inches chest, 34 inches waist, and 14 inches biceps. Additionally, his hair color and eye color is dark brown.

Myers is living a luxurious life with his family. He is a famous actor who has earned a lot of money as well as fame. Mike currently has about $175 million approximately.

Kate Winslet- An English Actress, Who Came Into Limelight After She Portrayed Rose In The Film, Titanic

Patrick Dempsey- An Actor and Race Car Driver, Who is Famous For His Role as Dr. Derek Shepherd in “Grey’s Anatomy”

Patrick Dempsey- An Actor and Race Car Driver, Who is Famous For His Role as Dr. Derek Shepherd in "Grey's Anatomy"