Pablo Schreiber is a Canadian-American actor who has actively worked in the entertainment industry from 2001 to date. This actor initially wanted to play basketball and became a basketball player. However, since he didn’t get selected for the team, he took a theatre degree. Likewise, he started his acting career by appearing in movies where he had a small role in 2001.

He became famous and received critical acclaim when he appeared in ‘The Wire,’ an HBO crime drama series. Moreover, Pablo is also well-known for his role of George in the series ‘Orange Is the New Black,’ for which he received a Primetime Emmy nomination. Apart from movies, and TV series, he has also featured in different audiobooks and video games as a voice actor. 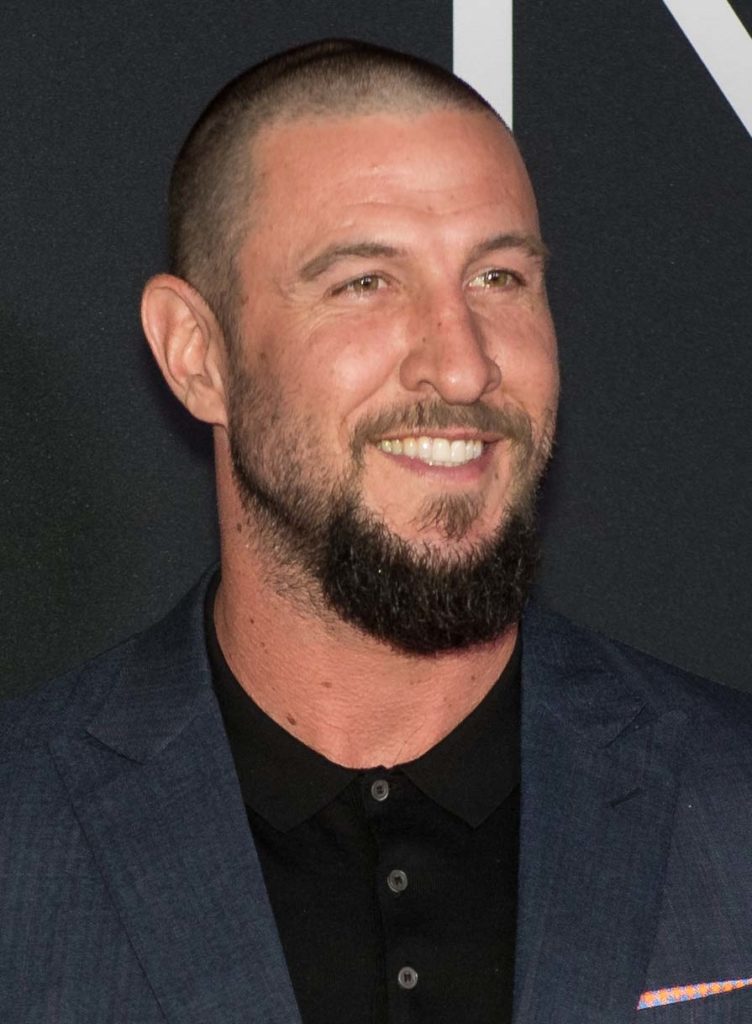 Where was Pablo Schreiber born?

Pablo Tell Schreiber was born on 26 April 1978 in a hippie commune in Ymir, British Columbia, Canada. His father, Tell Caroll Schreiber, is an actor, while his mother, Lorraine Reaveley, is a psychotherapist. Likewise, his father was an American, while his mother is from Vancouver, British Columbia. When his parents separated, he moved to Seattle, Washington, with his father at 12.

Liev Schreiber, who is also an actor, is his paternal half-brother. Moreover, his other siblings are Max Schreiber, Charles Schreiber, and Will Schreiber. He currently resides in Topanga, West LA County, California, United States. Additionally, he belongs to is Taurus sun sign and is now 42 years old.

Where did Pablo receive his education?

Pablo Schreiber attended Winlaw Elementary School and an alternative Arts High School. Since he had an interest in playing basketball, he enrolled at the University of San Francisco. Sadly, he did not make it into the college team, joining Carnegie Mellon University again. He graduated with a theatre degree in 2000.

What are Pablo’s distinctive features?

Pablo Schreiber holds Canadian nationality, and as per his ethnicity, he is White. In addition, he is German, Swiss-German, Danish, Dutch, English, French, Norwegian, Belgian (Flemish), Scottish, Welsh, and Irish.

Pablo stands 6 feet and 4 inches (1.95m/195cms) tall and weighs around 93kgs (205lbs). He has an athletic body figure with tall physical stature. Moreover, he has a pair of hazel-colored eyes and dark brown colored hair.

Who is Pablo Schreiber’s wife?

Pablo Schreiber tied his knot with a yoga teacher Jessica Monty in 2007. This couple has two sons named Timoteo and Dante. Sadly, they separated in 2014.

Talking more about Jessica, a professional yoga instructor who is also a chief at the Kelly Slater Wave Company. In addition, she cooks healthy and diet food for the company’s community and teaches them how to cook healthy dishes at home. 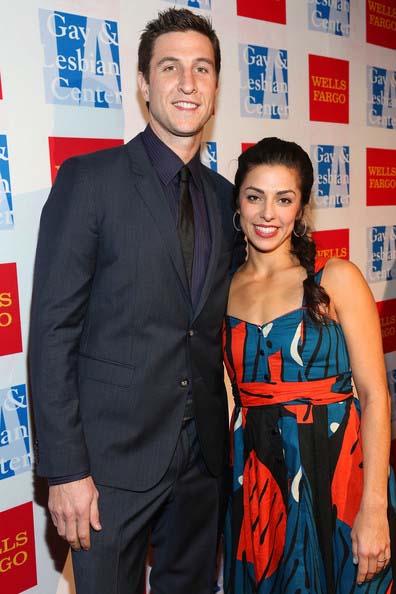 How did Pablo Schreiber begin his career?

Then, in 2008, he appeared in four movies in which he also co-produced a film named ‘Favourite Son’ and acted as David Paxton. Similarly, his next appearance movies are ‘Breaking Upwards’ and ‘Tell-Tale’ in 2009, ‘Happythankyoumoreplease’ in 2010, ‘Allegiance’ in 2012, ‘Preservation,’ and ‘Fort Bliss’ in 2014. Furthermore, he played the role of Kris ‘Tanto’ Paronto is a biographical action thriller war film ’13 Hours: The Secret Soldiers of Benghazi’ in 2016. The following year, he played in two movies named ‘All Summers End’ and ‘Thumper.’

In 2018, he appeared in four different films. Namely ‘Den of Thieves’ as Ray Merrimen, ‘Beast of Burden’ as Bloom, ‘Skyscraper’ as Ben Gillespie, and ‘First Man’ as Jim Lovell. It starred famous actors and actresses like Ryan Gosling, Claire Foy, Jason Clarke, Kyle Chandler, Corey Stoll, etc. Moreover, his recently played movies are ‘The Devil Has a Name’ in 2019 and ‘Lorelei’ in 2020.

Similarly, his other appearance were ‘Person of Interest’ in 2012, ‘Muhammad Ali’s Greatest Fight,’ ‘Ironside’ in 2013, and ‘The Brink’ in 2015. Moreover, he played George “Pornstache” Mendez in the comedy-drama series ‘Orange Is the New Black‘ from 2013 to 2017 and 2019. This guest role earned him a Primetime Emmy Award for Outstanding Guest Actor in a Drama Series. From 2017 to date, he has appeared in the fantasy drama series ‘American Gods,’ where he portrayed Mad Sweeney. It starred Ricky Whittle, Emily Browning, Crispin Glover, Bruce Langley, Yetide Badaki, and many other stars. His current played series were ‘Defending Jacob’ in 2020, and his upcoming series is ‘Halo’ in 2021. 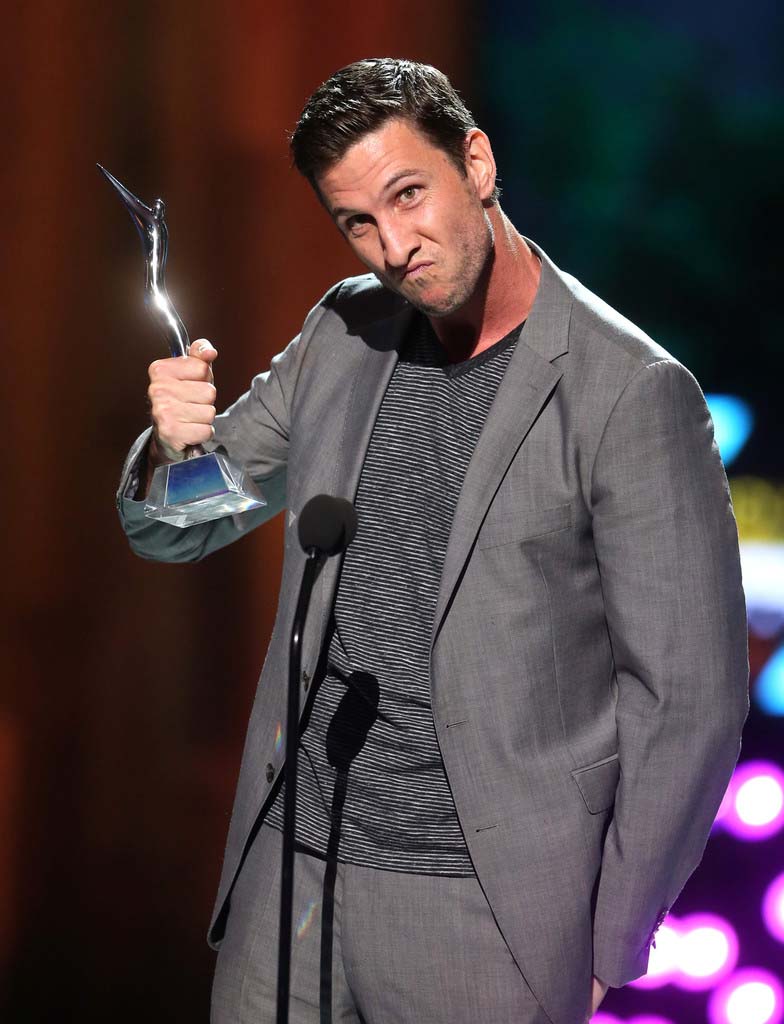 Has Pablo Schreiber won any awards?

Pablo Schreiber has received the Gold Derby Awards and Young Hollywood Award in 2014 for his role in ‘Orange Is the New Black.’ Moreover, he won the Hell’s Half Mile Film and Music Festival Award for his role in ‘Big Bear’ in 2017.

What is the net worth of Pablo Schreiber?

Pablo Schreiber is a Canadian-based American actor who has a huge fan following. He has amassed massive fandom through his acting talent. Along with his popularity, he has also earned a handsome amount of money. His estimated net worth as of 2021 is $4 million.