Ray Romano is an American actor, stand-up comedian, and writer who has vigorously worked in the entertainment field since 1989. This actor has established his career by performing on various branches of Comedy Central. Likewise, he is well-known for his role in the sitcom ‘Everybody Loves Raymond’ as Raymond Barone.

Over his career span to date, his work has always been appreciated by the audience. Moreover, he also received prestigious nominations and awards such as the Emmy, Screen Actors Guild Awards, and Golden Globe Awards. Apart from acting, he is also an accomplished poker and golf player. 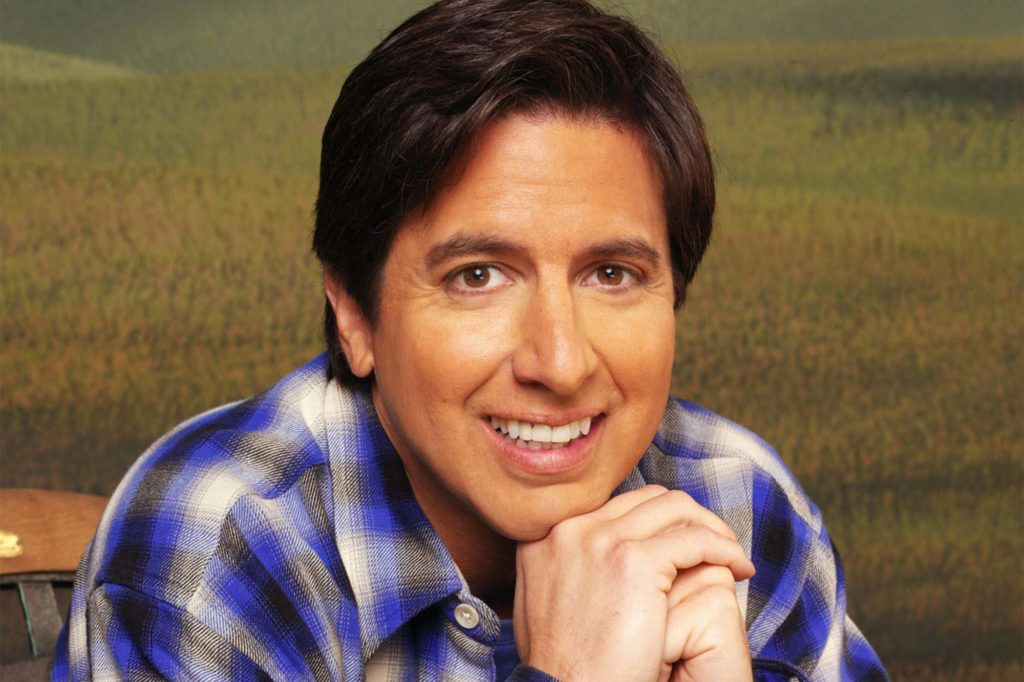 Where was Ray Romano born?

Ray’s full name is Raymond Albert Romano, born on December 21, 1957, in New York. His father, Albert Romano, served as a real estate agent and engineer, while his mother, Lucie Fortini, was a piano teacher. He was raised alongside his elder brother, Richard, and a younger brother, Robert. Additionally, he is currently 63 years old with a Sagittarius star sign.

Where did Ray Romano receive his education?

Ray Romano had a keen interest in comedy from his childhood. Talking about his studies, he received his primary education from Our Lady Queen of Martyrs for his elementary and middle school education. Later he attended two high schools, Archbishop Molloy High School and Hillcrest High School, from which he graduated in 1975.

Likewise, he also enrolled at Queens College, where he studied accounting. Moreover, he worked as a handyman and did odd jobs before joining the entertainment industry. This encourages him to pursue an acting career in the future.

What are the distinctive feature of Ray Romano?

Ray Romano holds an American nationality, and as per his ethnicity, he is of a mixed background of Italian and French.

Who is Ray Romano’s wife? 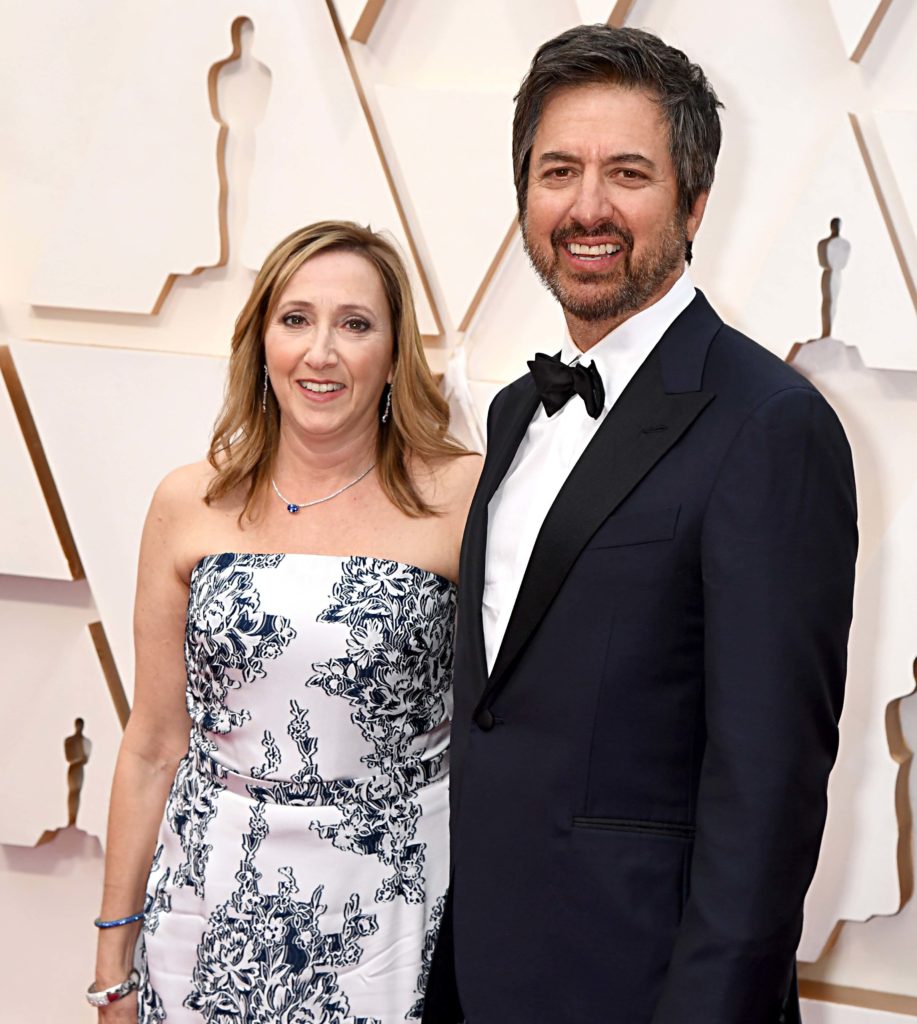 How did Ray Romano begin his career?

Ray has worked in the entertainment industry for more than 30 years now. He has always entertained his audiences and attracted them with his acting skills. Lets us learn more about Romano’s career.

Ray Romano landed his debut film role in the 1990 short film ‘Caesar’s Salad’ as Policeman. He then appeared in ‘Ice Age’ where he had a voice role of Manny in 2002. This film became a huge hit and established a different franchise. He also appeared in ‘Welcome to Mooseport,’ ‘Eulogy,’ and ’95 Miles To Go’ in 2009. This actor also reprised his voice role of Manny in the sequel films ‘Ice Age: The Meltdown’ in 2006, ‘Ice Age: Dawn of the Dinosaurs’ in 2009, ‘Ice Age: Continental Drift’ in 2012, and ‘Ice Age: Collision Course’ in 2016.

Talking about his TV shows, Ray made his debut TV role in the animated series ‘Dr. Katz, Professional Therapist’ from 1995 to 1997. In the 1996 sitcom ‘Everybody Loves Raymond’ as Raymond Barone, this role lasted until 2005 and earned him recognition. Meanwhile, he also appeared as Raymond in series like ‘Cosby’ in 1997, ‘ The King of Queens’ in 1998, and ‘Becker’ in 1999. Likewise, he also had a guest appearance in ‘All That’ in 2002 and a voice role in ‘The Simpsons’ in 2005. Moreover, he also featured in three episodes of the comedy series ‘The Knights of Prosperity in 2007.

The following year, Ray appeared in ‘Hannah Montana’ and ‘Men of a Certain Age’ from 2009 to 2011. Meanwhile, in 2011 he appeared in ‘The Office,’ The Middle,’ and ‘ Ice Age: A Mammoth Christmas,’ a TV special show. From 2012 to 2015, he became one of the recurring cast in the family comedy-drama series ‘Parenthood’ where he played Hank Rizzoli. He appeared from season 4 to 6 and shared the screen with different actors like Peter Krause, Lauren Graham, Monica Potter, and many more. This actor also hosted ‘David Letterman: A Life on Television’ in 2015.

Furthermore, in 2016 this actor appeared in ‘Vinyl’ as Zak and ‘Kevin Can Wait’ as Vic. He next had the central role in the comedy-drama series ‘Get Shortly’ in 2017, which is still running. In 2019 and 2020, he appeared in two series named ‘Crashing’ and ‘One Day at a Time.’ Moreover, he is also working on his upcoming series ‘Made for Love,’ which starred Cristin Milioti, Billy Magnussen, Noma Dumezweni, and Augusto Aguilera. His recent TV works include ‘Who Wants to Be a Millionaire?’ and ‘Made for Love’ in 2021. 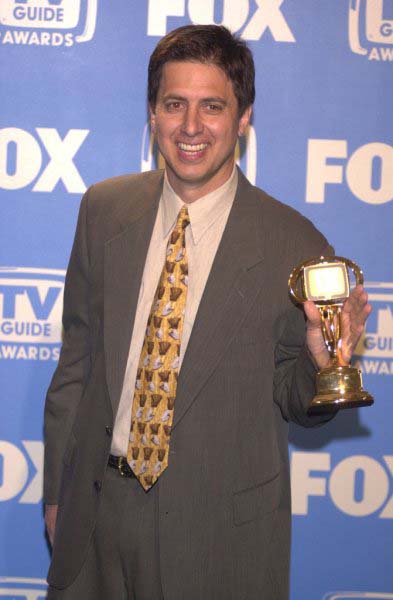 Has Ray Romano won any awards?

Ray Romano has received awards from the American Comedy for his show ‘Everybody Loves Raymond’ in 1999, 2000, and 2001. Moreover, he has also won three Emmy Awards and four People’s Choice Awards for the same show.

What is the Net Worth of Ray Romano?

Ray Romano is one of the finest comedians and actors in the entertainment industry. This actor has gained massive popularity. Along with fame and name, he has also earned a handsome amount of money from his acting career. His net worth as of 2021 is estimated to be $200 million.