Who is Roberto Osuna?

Roberto Osuna is a Mexican competitive baseball pitcher of the MLB (Major League Baseball), for the Houston Astros. He was born on February 7, 1995, in Juan Jose Rios, Guasave, Sinaloa, Mexico. Roberto holds the Mexican nationality, and the zodiac sign Aquarius. With the height of 6 feet 2 inches and weigh about 104 kg, he has been able to maintain his body healthy. 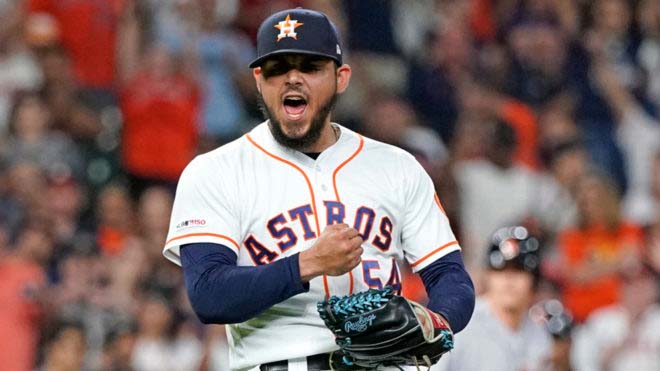 Roberto was born to Roberto Sr., who played in the Mexican league for twenty-two season as a pitcher. Also, his uncle, Antonio Osuna was an experienced baseball in the MLB for eleven seasons as a pitcher.

Robert started his professional career from the Mexican League in the year 2011, playing with the Diablos Rojos del Mexico. In total, he played 13 games, along with 0-1 record, 12 strikeouts, 5.49 ERA, and 19.75 innings. Later, he was traded to the Toronto Blue Jays. For the next three seasons, he played in the minor league organization. Later, in 2015, he promoted to the major league.

In April 2015, he debuted in MLB. His first game was against the New York Yankees. Eventually, Robert became the youngest pitcher in the history of the franchise. Also, he was the first player to play in MLB, who was born in 1995. Likewise, he recorded 1.38 ERA in ten appearances and became the most reliable arm in Blue Jays’ bullpen. 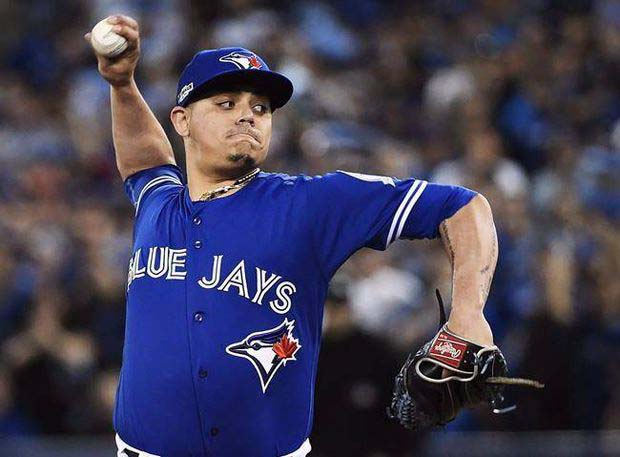 In May 2015, Robert recorded his first win. This was in a 10-6 victory over the Los Angeles Angels of Anaheim. Meanwhile, in the 2015 American League Division Series, he recorded 5-out save in the fifth as well as the final game. Thus, he recorded being the youngest pitcher in the history of the American League record, who is the second to do so.

Eventually, Roberto completed his 2017 season, with 39 saves, 3.38 ERA, 3-4 record, 83 strikeouts, and 64 innings. Furthermore, he recorded his 100th career save. This made him be the youngest pitcher in the history of MLB recording 100 saves.

Sadly, in June, Roberto became a ban for the next 75 games, for disobeying the league’s policy on domestic charges. Later, in July, Toronto Blue Jays traded to the Houston Astros. Meanwhile, in August, he was listed in the active roster. 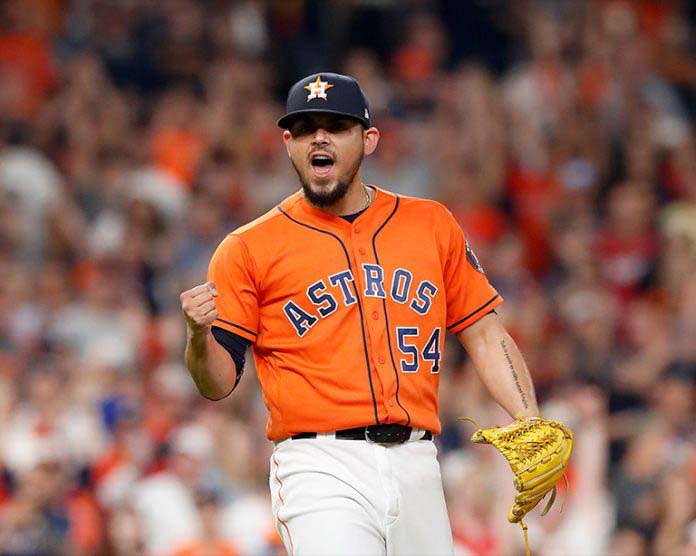 Roberto Osuna is single. However, he has two children; a son with Alejandra Roman Cota, and a daughter from another woman.

In May 2018, Roberto was arrested. He was charged for assaulting the mother of his son when she visited him from Mexico with their son. Due to this, he was placed on administrative leave and banned for the next 75 games.

However, Alejandra returned to Mexico and refused to testify against Roberto. Thus all the charges against him were free in exchange for a peace bond.