Roger Mayweather – A Professional Boxer and Trainer, Well-known to Many because of His Professional Career, Who Died on The 17th of March, 2020, at The Age of 58

Who is Roger Mayweather?

Roger Mayweather is a big name in the sports and boxing industry who was well-known to many because of his professional career. He was a professional boxer and trainer. Unfortunately, he died on the 17th of March, 2020, in Las Vegas, Nevada, at the age of 58-years. 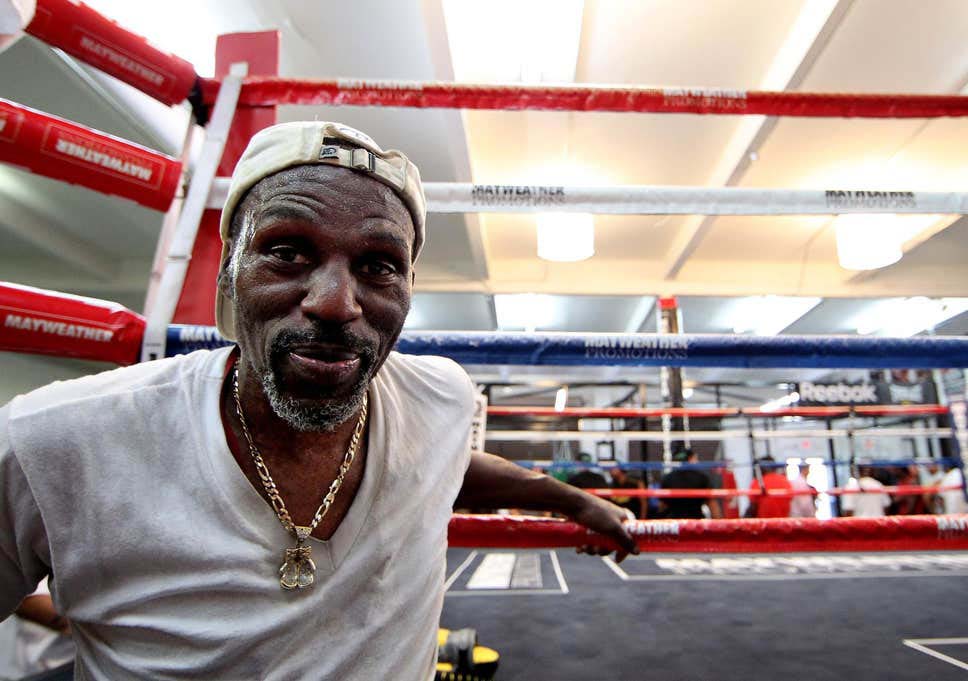 Roger Mayweather was born on the 24th of April, 1961, under the name Roger L. Mayweather in Grand Rapids, Michigan, U.S. He was the son of Theartha Mayweather and Bernice Mayweather. The details about his parent’s profession are unknown. Furthermore, he has 8 siblings; all brothers.

Roger followed the Christian religion throughout his lifetime. He belonged to black ethnicity and had an American nationality. He had a beautiful pair of Dark Brown eyes with Black hair. Talking about his educational qualifications, not much is known.

Roger stood to 1.71 meters tall and had a weight of 78 kilograms.

There is not much information about his marital status or his personal life. However, he has two kids.

The Boxing Career of Roger Mayweather

Roger played a total of 72 games and won 59 of the games. He won 35 of the fights by knockout, 23 by decision and 1 by disqualification. His first match was against Andrew Ruiz on the 29th of July, 1981, that he won by TKO. He then won another game on the 5th of August the same year against Jaime Nava by points decision. In the same year, he won three of the remaining matches and won all three against Javier Benitez, Juan Manuel Hernandez, and Vinnie Hines. In 1982, he won all the 8 games that he played. His competitors in this match were Roberto Garcia, Jimmy Blevins, Kelvin Lampkin, Carlton Sparrow, Arturo Leon, Frankie Moultrie, Ruben Munoz Jr., and Elmer Suttington.

In 1983, Roger played a total of 3 matches and won all three. His competitors were Samuel Serrano, Jorge Alvarado, and Benedicto Villablanca. The first match that he lost was against Rocky Lockridge in 1984. He lost another game against Tony Baltazar that same year. Furthermore, he played two more matches in 1984 and won them. The matches were against Efrain Nieves and Martin Quiroz. Moreover, Roger played four matches in 1985, where he won four of the fights and lost one.

Similarly, out of the 5 battles he fought in 1986, he won four fights and lost just one row. In 1987, Roger won the WBC light welterweight title when he won a battle against Rene Arrendondo. He played a total of 4 matches that year.

In 1988, Mayweather played a total of 5 games with competitors Marvin Garris, Mauricio Aceves, Harold Brazier, Rodolfo Gonzales, and Vinny Pazienza. Furthermore, he played only one fight in 1989 against Julio Cesar Chavez. However, he lost the match and lost his WBC light welterweight title. 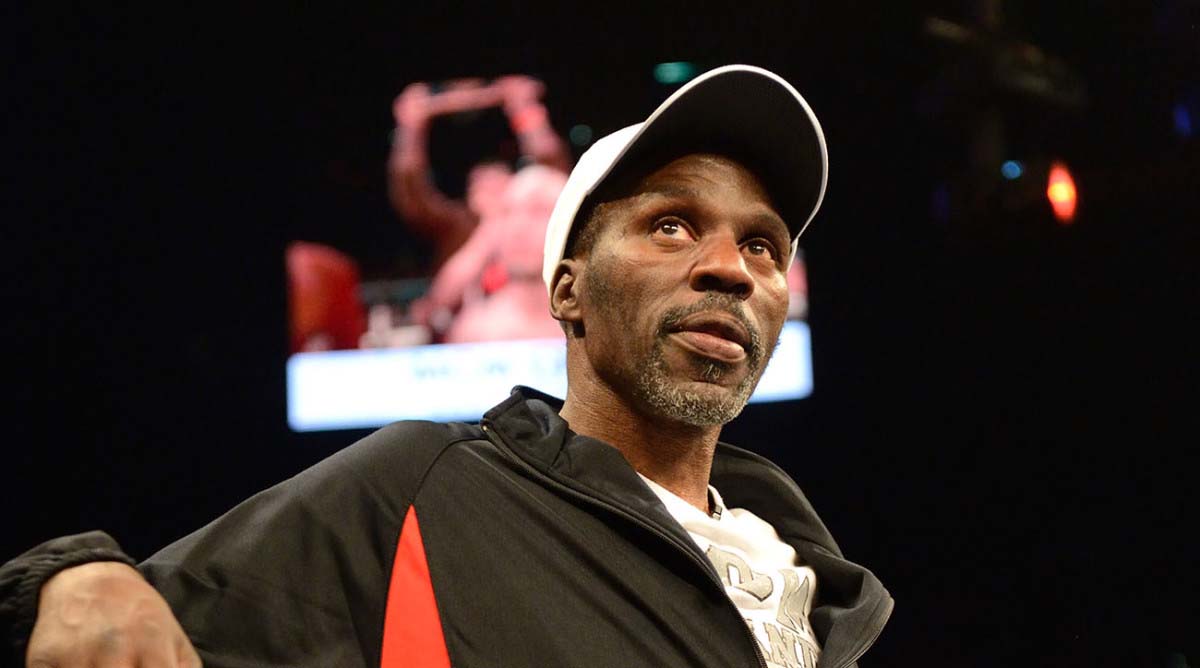 Roger played a total of 5 fights in 1990 and won all of the matches. His competitors in these 5 matches were Jose Rivera, Ildemar Jose Paisan, Terrence Alli, Mike Johnson, and Santos Moreno. Furthermore, he played three games in 1992, where he won two fights and lost one. Roger then played 4 fights in 1993, where he won two matches against Livingstone Bramble and Bruno Rabanales and lost two games against Zack Padilla and Darryl Tyson. He then played a total of 8 games in 1994, where he lost only one of the fights.

Roger played 4 fights in 1995, where his win score is 3 and lose score is 1. He then played 2 fights in 1996, where he won one and lost one match. Roger played only one game in 1997 against Carlos Miranda on the 12th of March. He won the IBA welterweight title through the victory in this fight. Similarly, in 1999, he played a fight against Patrick Byrd, that he won by Unanimous Decision on the 13th of November. His last match in his boxing career was conducted on the 8th of May, 1999, against Javier Francisco Mendez. He won this match by mid decision. 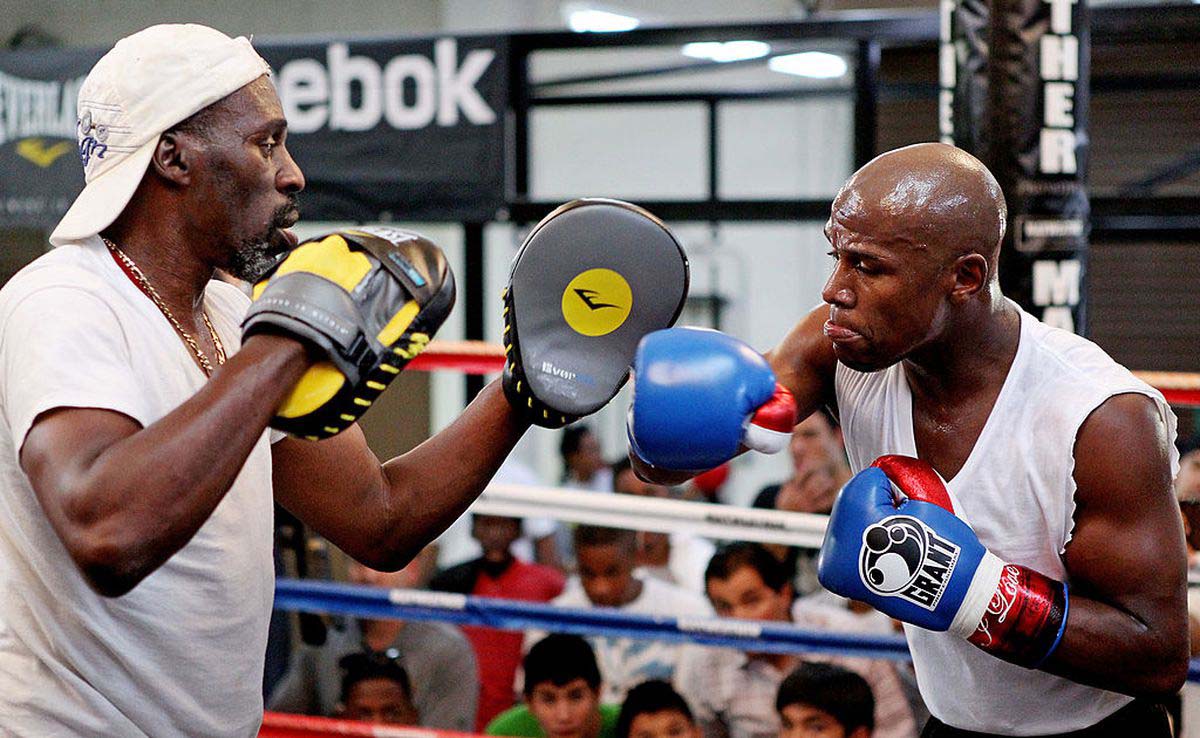 The Death of Roger Mayweather

Roger Mayweather died on the 17th of March, 2020, in Las Vegas, Nevada, because of his deteriorating health. He left the world at the age of 58 years.

The Net Worth of Roger Mayweather

During his life on Earth, Roger was a pleasant personality who made his name in the industry as a beautiful boxer. His net worth was around $10 million and mainly earned his money by the fights and training career.