Who is Rose Leslie?

Rose Eleanor Arbuthnot-Leslie is a Scottish actress. She is popularly known as Ygritte from the HBO fantasy series ‘Game of Thrones’.  After winning a title Best Acting Performance in Scottish BAFTA for her role in New Town, she earned fame in the ITV drama series ‘Downton Abby’ as Gwen Dawson. Rose starred in the three seasons of the ‘CBS All Access’ legal as Maia Rindell and also starred in the political drama ‘The Good Fight’.

Rose Leslie was born on February 9, 1987, in Aberdeen, Scotland, United Kingdom. She is currently 33 years old. Her sun sign is Aquarius. She was born to father Sebastian Arbuthnot-Leslie and mother, Candida Mary Sibyl “Candy” Leslie.  Leslie studied in the Rayne North Primary School in Aberdeenshire and then went to Millfield School in Street in Somerset. She has four siblings, two of them are younger than her, and two of them are elder than her.  Leslie is fluent in French since she had lived there for three years.  She lived in Battersea, London while working as an actress until she moved to North London. 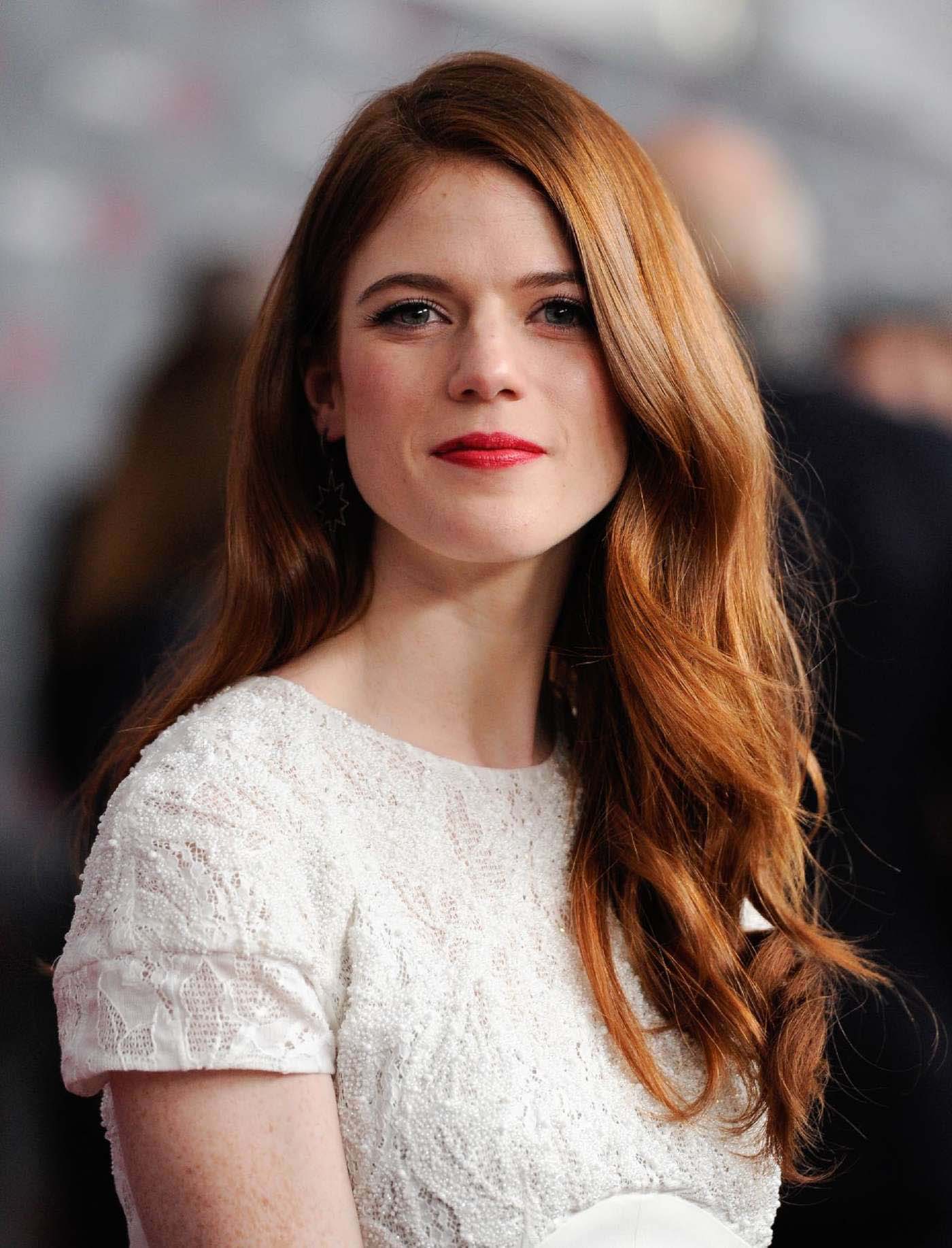 Rose was raised at Lickleyhead Castle in Aberdeenshire, her ancestral family seat, where she lived until the age of 10. Her father is the Chieftain of the Clan Leslie and her mother us the weld of Clan Fraser of Lovat. Rose’s Great-great grandfather was Guillermo Landay Escando who served as Mayor of Mexico City. She is also the cousin-in-law to the British historian William Dalrymple. Rose’s ancestors include Ambrose Lisle March Phillipps de Lisle, politician Charles March-Phillipps and MP James Grimston, 3rd Earl of Verulam. Furthermore, her family currently lives at the 12th-Century Wardhill Castle at Old Rayne.

She graduated with a BA from The London Academy of Music and Dramatic Art (LAMDA), after completing three years of acting coarse in 2008.

Rose Leslie is a Scottish actress with the white race and British ethnicity.

Rose began a relationship with her co-star Kit Harington from ‘Game of Throne’ in 2012. The couple announced their engagement through The Times in September 2017. The couple got married on June 23, 2018, at Rayne Church in Aberdeenshire and the reception was held at Wardhill Castle that is owned by Rose’s family. 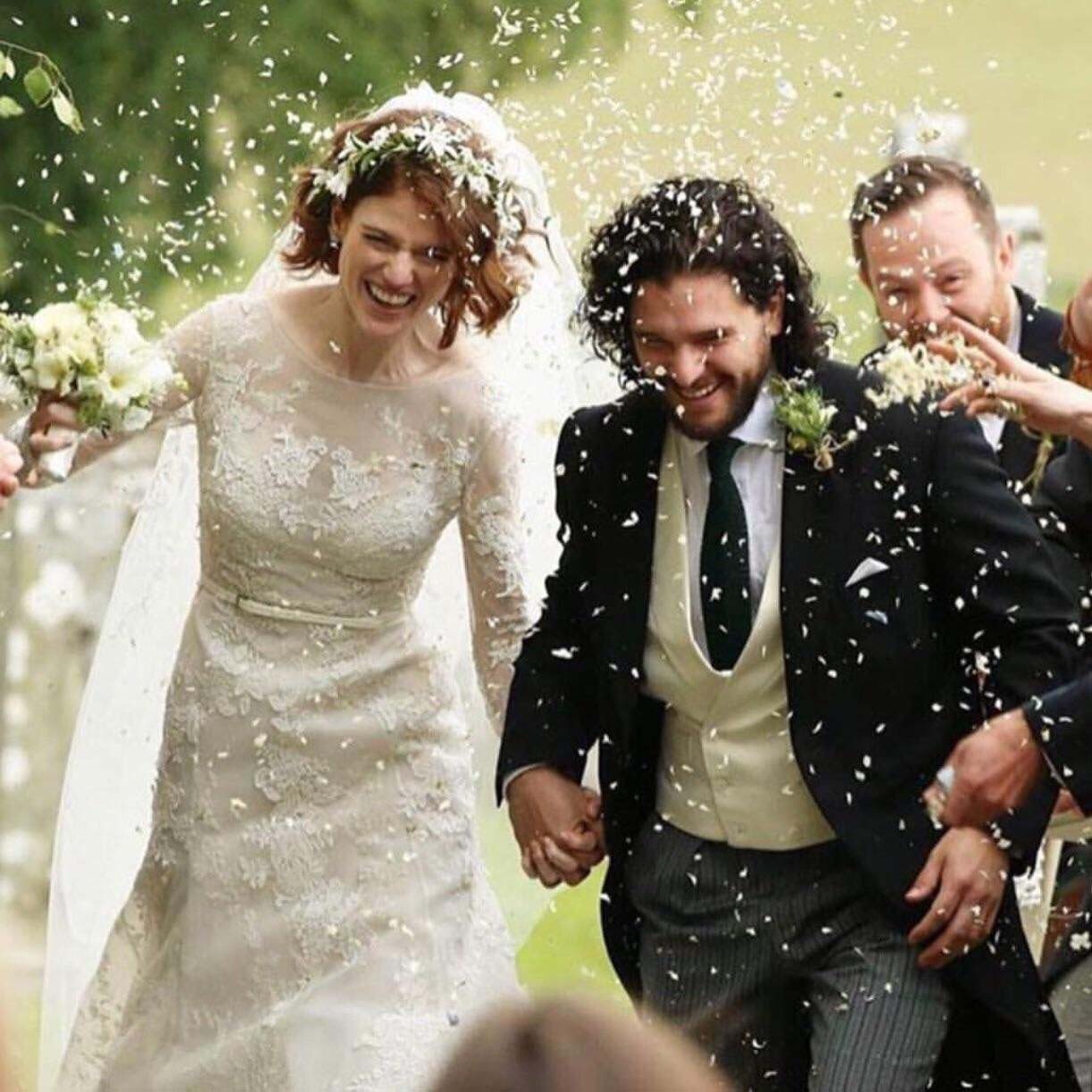 In 2008, Rose narrated ‘The British Slave Trade: Abolition, Parliament and People’ for BBC Radio. She won a BASSC certificate in the stage and also graduated with a Bachelor of Arts with honors.

In 2009, at the age of 21, Rose was lead on-screen debut in the television film ‘New Town’, for which she won the title Best Acting Performance-New Talent Award in the Scottish BAFTA. She became the lead in Nell Leyshon’s infamous play ‘Bedlam’ held at the Global Theatre. In the first series of the ITV television drama ‘Downton Abbey’, Rose played a break-through role as Gwen Dawson, a housemaid in 2010-2011. Furthermore, in 2011, she also appeared in two episodes of the British drama series Case Histories.

In 2012, Rose was cast in seasons two, three, and four of the popular HBO fantasy series ‘Game of Thrones’ as the wildling Ygritte alongside casts Emilia Clarke, Sophie Turner, Kit Harrington, Maisie Williams, Peter Dinklage, and others. She also appeared in the drama film ‘Now is Good’, in episodes of ITV detective television series ‘Vera’, Channel 4’s conspiracy drama ‘Utopia’, and BBC One’s comedy series Blandings in the same year.

In 2014, Rose appeared in the four-part mini-series ‘The Great Fire’. Leslie then starred in the horror film ‘Honeymoon’ and also played DS Emma Lane in the BBC detective drama ‘Luther’. In 2015, she starred an action-adventure/fantasy film ‘The Last Witch Hunter’. Rose portrayed in ‘Sticky Notes’ as Athena in 2016. In the same year, she played roles in ’The Good Wife’ and ‘The Good Fight’. In 2017, Rose provided the voice for the female protagonist ‘En’ in the video game ‘Echo’. Furthermore, Rose appeared in Fox’s adaptation of Agatha Christie’s novel ‘Death in the Nile’ as Louise Bourget. Leslie joined the cast of BBC’s and World Productions’s upcoming series, ‘Vigil’. 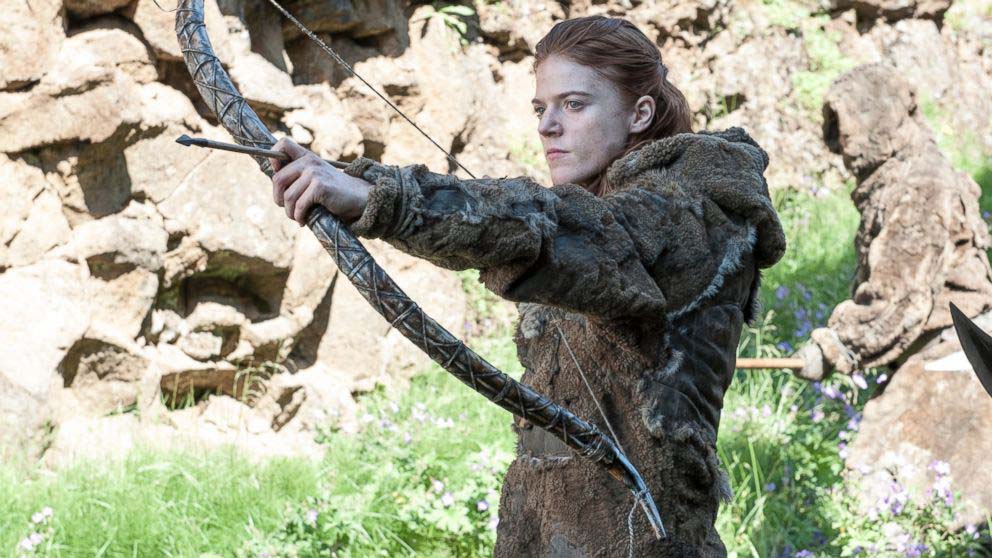 Politics and other interests

Rose supported Scotland’s remaining part of the United Kingdom during the 2014 Scottish independence referendum campaign. She also campaigned with the Conservatives in her local constituency of Gordon, Aberdeenshire at the 2015 UK general election.

Leslie had won the title Best Acting Performance in British Academy Scotland New Talent Awards from ‘New Town’ in 2009. Rose has nominated for the title Outstanding Performance by an Ensemble in a Drama Series (Shared with the cast) in Screen Actors Guild Award from ‘Game of Thrones’ in 2013.

Rose Leslie is living a luxurious life. She grew up in a Lickleyhead Castle in Aberdeenshire and has earned a lot amount of money along with fame. Her net worth is estimated to be around $4 million.

Patrick Wilson-Professional actor, singer and producer well-known for his role in the movie Aquaman