Tessa Thompson-Professional Actress well-known for her roles in Veronica Mars, Westworld and Thor:Ragnarok

Who is Tessa Thompson?

Tessa Thompson is an American actress who came into the limelight after playing Kari Peterson in ‘Mississippi Damned’ in 2009. Tessa is best known for her roles as Jakie Cook in the mystery drama ‘Veronica Mars’ and ‘Westworld’, the HBO’s science-fiction thriller. In films, Tessa is known for her starring roles in ‘Thor: Ragnarok’ as Valkyrie in ‘Annihilation’ as Josie Radek and in ‘Sorry to Bother You’ as Detroit. 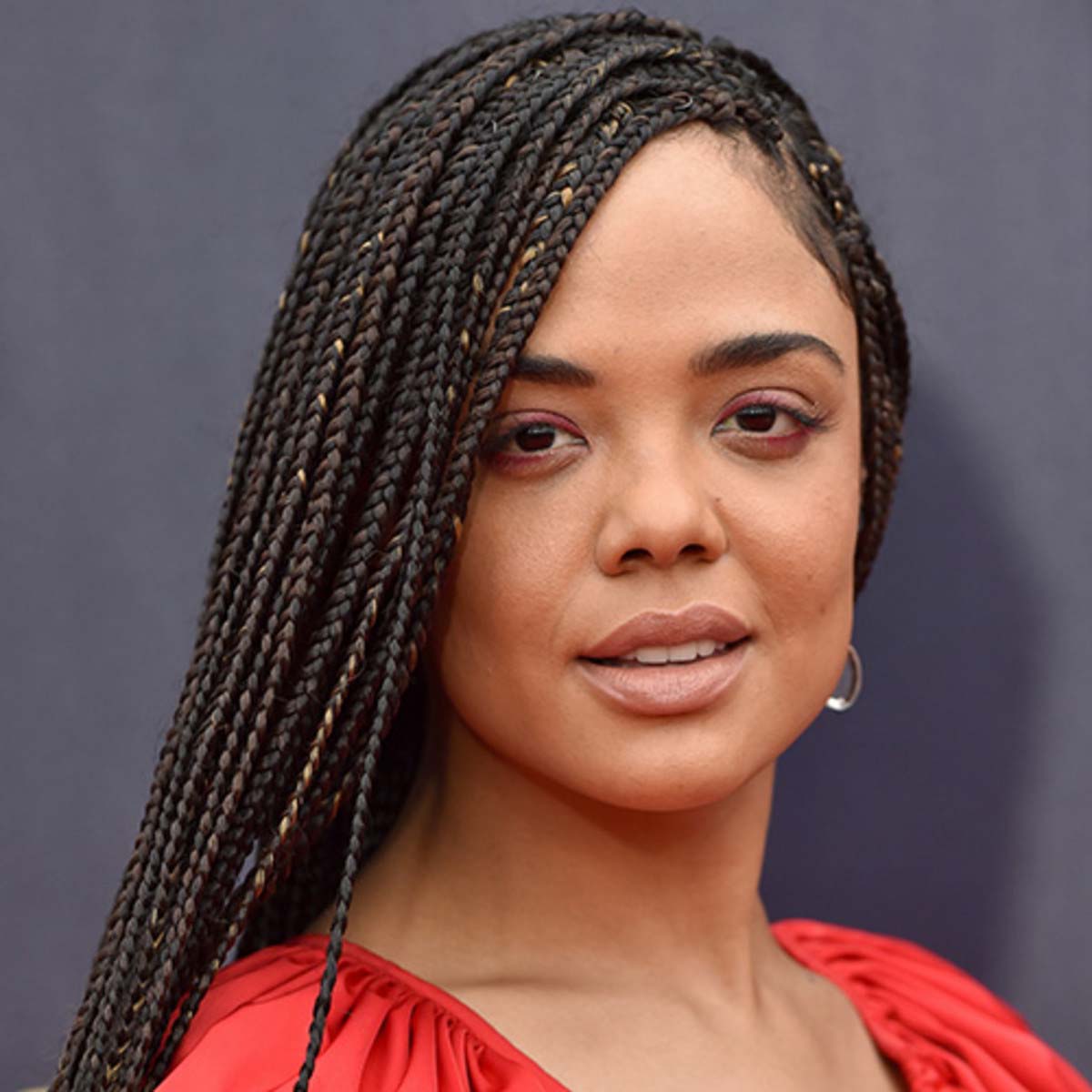 Tessa Thompson is American by nationality and belongs to the Afro-Panamanian, Caucasian, and Mexican descent. She follows the Christianity religion.

Besides that Tessa stands at the height of 5 feet 4 inches (1.63 m) and weighing about 55 kg (121 lbs) with the body measurement of 34-25-36.  Additionally, her hair color is black and her eye color is dark brown. Her sexuality is bisexual.

In 2018, in an interview, she said that she is “attracted to men and also to women” but states that she chooses not to label herself bisexual. She has also talked about her relationship with fellow actress Janelle Monae.

She has also done the brand endorsement work for US Cellular. 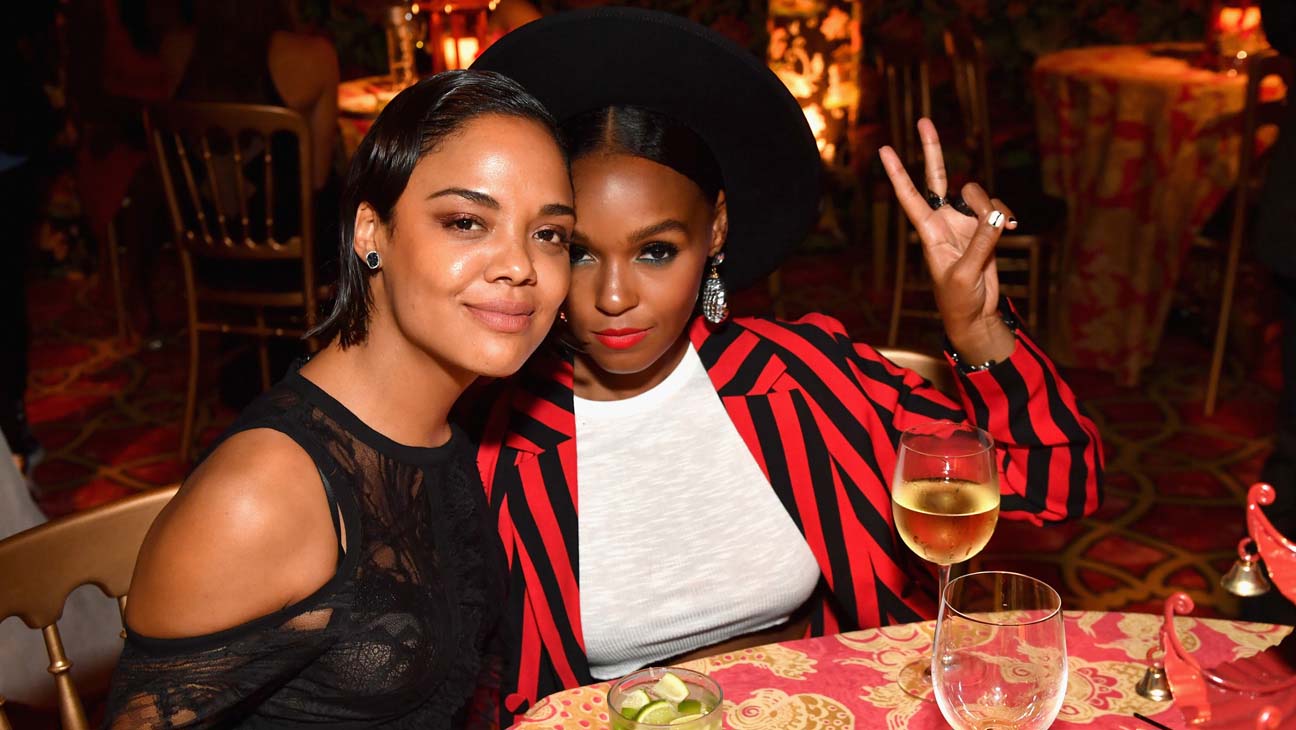 Thompson stared her professional stage debit in as one of the actors portraying the role of Ariel in LAWSC’s production of ‘The Tempest’ in 2002. She appeared as Juliet in Romeo and Juliet:  Antebellum New Orleans, 1836. In 2016, Tessa appeared in the Broadway run in the play ‘Smart People’.

In 2005, Tessa made her first appearance in the episode of the CBS series ‘Cold Case’. Eventually, in the same year, she rose to fame as she landed with the role of Jackie Cook on the drama series ‘Veronica Mars’. She appeared on the ABC medical drama ‘Grey’s Anatomy’ in 2006 and subsequently in 2007, she starred in ‘Hidden Palms’ and also starred a guest role on ‘Life’ and ‘Private Practice’. In the same year, she also appeared in the season for ‘Heroes’. She also had a guest role on ‘Detroit 187’ in 2010. In 2012, Tessa did a guest role in ‘666 Park Avenue’ and eventually in the following year, she starred in BBC’s America’s first original series ‘Copper’. She began a starring role in the HBO science-fiction drama series ‘Westworld’ in 2016 alongside casts like Evan Rachel Wood, Ed Harris, Anthony Hopkins, and others.

In 2006, Tessa was featured in her first film in the remake of the horror film ‘When a Stranger Calls’. Subsequently, she appeared in the dancing film ‘Make it Happen’ in 2008. Thompson appeared in ‘For Colored Girls’ in 2010 as she directly approached Perry to be cast in the film. In 2014, Tessa starred in a comedy film ‘Dear White People’ and in Diane Nash’s biopic ‘Selma’. She played ‘Creed’ and also in the short film ‘The Grand Romantic’ in 2015.

Thompson was cast as Valkyrie in the Marvel Cinematic Universe superhero film ‘Thor: Ragnarok’ in 2017 alongside cast Chris Hemsworth, Tom Hiddlestone, Cate Blanchett, Jeff Goldblum, and others. She then appeared in the science fiction horror film ‘Annihilation’. In 2017, she was cast in ‘Sorry to Bother You’, and also she reprised her role in ‘Creed II’. Thompson reprised her role in the superhero sequel film ‘Avenger: Endgame’ in 2019. She starred as Agent M in the ‘Men in Black: International’.  In 2019, she played the role of Valkyrie in the superhero film ‘Thor: Ragnarok and Avengers; Endgame’.

Thompson was a member of the Los Angeles based indie electro-soul band ‘Caught a Ghost’. She has also contributed to the soundtracks in both Creed and Creed II. She is also a co-producer and star of the mystery-sci-fi podcast series ‘The Left Right Game’.

Tessa Thompson is a famous actress who has contributed a lot to the film industry. Thompson was nominated in numerous awards and won several awards. In 2009, Tessa won the title ‘Best Actor’ in American Black Film Festival from ‘Mississippi Damned’. She has also won the ‘Best Breakthrough Performance’ in Black Reel Awards from ‘For Colored Girls’ in 2011. In 2014, Thompson won Gotham Awards as ‘Breakthrough Actor’ and African-American Film Critics Association as ‘Breakthrough Performance’ from ‘Dear White People’. Thompson got the title ‘Breakthrough Performer’ in Hamptons International Film Festival from ‘Selma’ in 2015. Eventually, in the same year, she won the title ‘Best Supporting Actress’ in the African-American Film Critics Association from ‘Creed’. Subsequently, in the following year, she won the title ‘Best Supporting Actress’ in Black Reel Awards from ‘Creed’.

Tessa Thompson is living a luxurious life with her family. She is a famous actress who has earned a lot of money as well as fame. Thompson currently has about $4 million USD approximately.