Uzo Aduba is a professional American actress. She is renowned for her role on the Netflix original series “Orange Is the New Black” as Suzanne Warren. This role is considered one of her breakthrough roles in her career. She is also widely known for acting in the drama movie “American Pastoral” in a supporting role. The professional actress is also known to win an Emmy Award in the drama and comedy categories for the same position.

Uzo, whose birth name is Uzoamaka Nwanneka “Uzo” Aduba, was born in Boston, Massachusetts, the United States, on February 10, 1981. He is currently 39 years old.  Uzo, along with her two brothers and a sister, Obi Aduba, Rick Aduba, a Professional Hockey Player, and Chioma Aduba, are Nigerian parents’ children. Her zodiac sign is Aquarius.

As Uzo spent her early life in Medfield, Massachusetts, she attended Medfield High School and graduated in 1999. Then, she enrolled at Boston University to study classical voice. There, she used to compete in track and field. As her family is highly enthusiastic about sports and her brother being a famous hockey player, she calls them a “Sports Family.”

Uzo is American by nationality and is of the black race. She belongs to the Igbo community in Nigeria. Her religious views and religious background are unknown.

In 2003, Aduba garnered her recognition starring in the theatre play. And that is ‘Translations of Xhosa’ at the Olney Theatre Centre for the Arts. She carried on the path to gain attention and starred in a character, Amphiarus, at New York Theatre Workshop in 2006. She continued by working at La Jolla Playhouse in 2008 as well. In 2007, she made her Broadway debut starring Toby in Helen Edmundson’s adaptation of Coram Boy in Imperial Theatre.

However, in 2011, she also sang a song, “By My Side,” by joining as a part of the original revival cast of “Godspell” at the Circle in the Square Theatre till 2012. She made her first television appearance as a nurse on “Blue Bloods” in 2012. She also landed a role in the drama held at The Public Theatre in New York as the mother of the title character of Venice.

Aduba never looked back in her career and began appearing in the new pole by portraying Suzanne “Crazy Eyes” Warren in the Netflix comedy-drama series “Orange Is the New Black” in 2013 till 2019, one of her most prominent breakthrough roles. The famous actress also starred as Glinda the Good Witch in the NBC live musical event special “The Wiz Live!” in 2015. Then, she went on to team up with Rachel Bay Jones to rend the song named “Lily’s Eyes” from the musical album “The Secret Garden.” 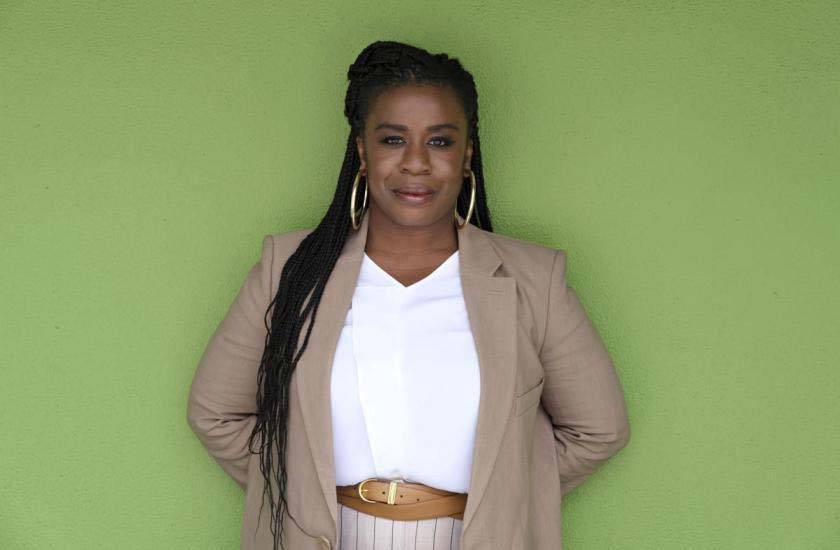 The renowned actress debuted in the musical comedy-drama film “Pearly Gates” in 2015, which she followed with yet another musical comedy-drama film, “Showing Roots,” in 2016. Subsequently, in 2016, she also played the supporting roles in “Tallulah” and “American Pastoral.” The following year, she continued her acting career by playing in the musical animated film “My Little Pony: The Movie” as a voice actor lending her voice to Queen Novo. In addition, you may know her for landing her role in two Netflix films, including the comedy “Candy Jar” in 2018 and the drama “Beats” in 2019. The same year, she also starred in the drama film “Miss Virginia.”

Aduba became a cast in the Hulu miniseries Mrs. America, as politician Shirley Chisholm in 2020. This actress is also the first black candidate for a major party’s nomination for President of the United States. You may even know her as the first woman to run for the Democratic Party’s presidential nomination. Likewise, she is the first woman to appear in a United States presidential debate. She also continued her acting career by co-starring in the HBO Max upcoming miniseries “Americanah.” The actress also landed on to star in the fourth season of the FX series “Fargo.” Additionally, she is ready to co-star in the upcoming romantic drama film “Really Love.”

Uzo has contributed a lot to many films and series. She has received nominations from different awards and has won nine of them. She earned the Critic’s Choice Television Award for “Best Guest Performer-Comedy” in 2014. Furthermore, she gained two Primetime Emmy Awards for “Outstanding Guest Actress in a Comedy Series” and “Outstanding Supporting Actress in a Drama Series” in 2014 and 2015 from “Orange Is a New Black.” Eventually, she also won five Screen Actors Guild Awards in2015, 2016, and 2017. 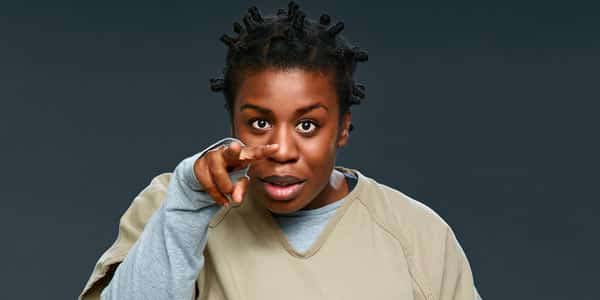 Uzo was reported to be having an affair with Broadway star actor Leslie Odom Jr in 2013. Eventually, in 2016, she decided to take her High School Prom date Mark Crowley as her date to the SAG award.

Furthermore, as per some sources, she secretly married her boyfriend, Robert Sweeting, in a private ceremony in 2020. The couple hasn’t disclosed anything about the marriage dates and about having children.

Net Worth of Uzo Aduba

Uzo is living a luxurious life. She is a famous actress who has earned a lot of money as well as fame. Aduba currently has about $3 million approximately.