Who is Vin Diesel?

Vin Diesel is a well-known American actor, director, producer and screenwriter. He was interested in acting from a very young age and was involved in theatres throughout his teenage. He is also very good at writing screenplays as he studied creative writing course. Likewise, Vin started his career in the entertainment field in his own direction, production, writing and acting in short semi-biographical film ‘Multi-Facial.’ He came in limelight and was known worldwide when he did an action role in ‘The Fast and Furious’ film series which became very successful movies. He is also a voice actor and lent his voice to various characters in several movies. He is also the founder of the production company named ‘One Race Films.’

Mark Sinclair is popularly known as Vin Diesel in Hollywood. He was born on July 18, 1967, in New York City to his mother Delora Sherleen Vincent, who is an astrologer. He has never met his biological father, although he has an African-American stepfather named Irving H. Vincent, who is an acting instructor and theatre manager. He also has a twin brother named Paul and a sister named Delora Sherleen ‘Sinclair’ Vincent. He is currently 53 years old with Cancer sun sign. 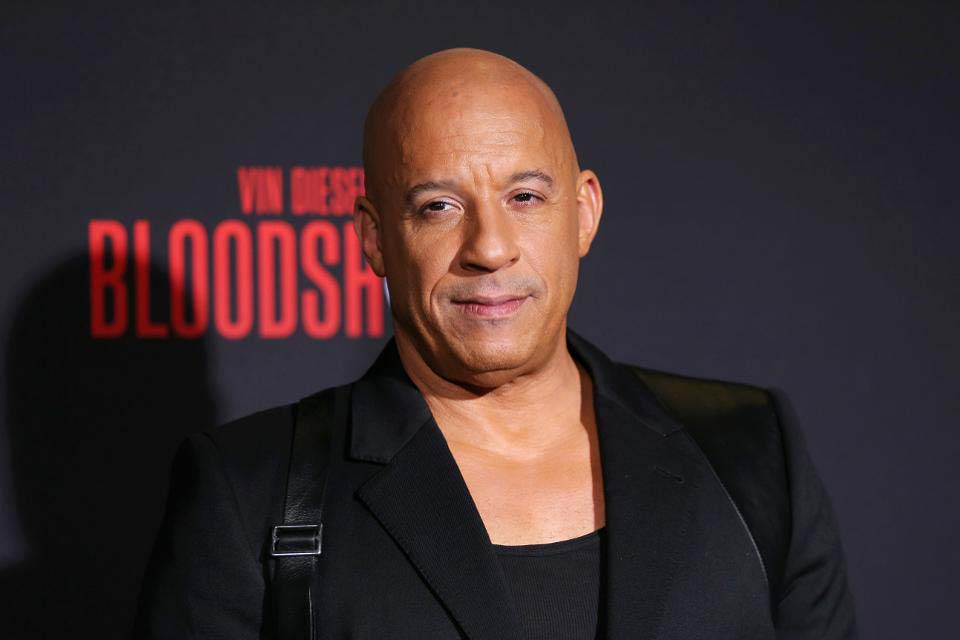 Vin Diesel holds the American nationality. He is of ambiguous ethnicity and is of English, German, and Scottish ancestry. Besides this, he stands 6 feet and 5 inches (1.82m/182cm) tall and weighs 102 kg (225 lbs.) He has a pair of dark brown eye colour with a bald hairstyle

Vin Diesel was always interested in acting and made his stage debut at the age of 7 in the children’s play called ‘Dinosaur Door’ at Theater for the New City. He attended Hunter College and studied creative writing. Initially, he worked as a bouncer at the club called Tunnel before entering in Hollywood.

Vin Diesel is very protective and secretive about his private life. He has been in a relationship with Mexican model Paloma Jimenez since 2007. They together have two daughters, Hania Riley, Pauline and a son, Vincent. He is also the godfather of Paul Walker‘s daughter, Meadow. 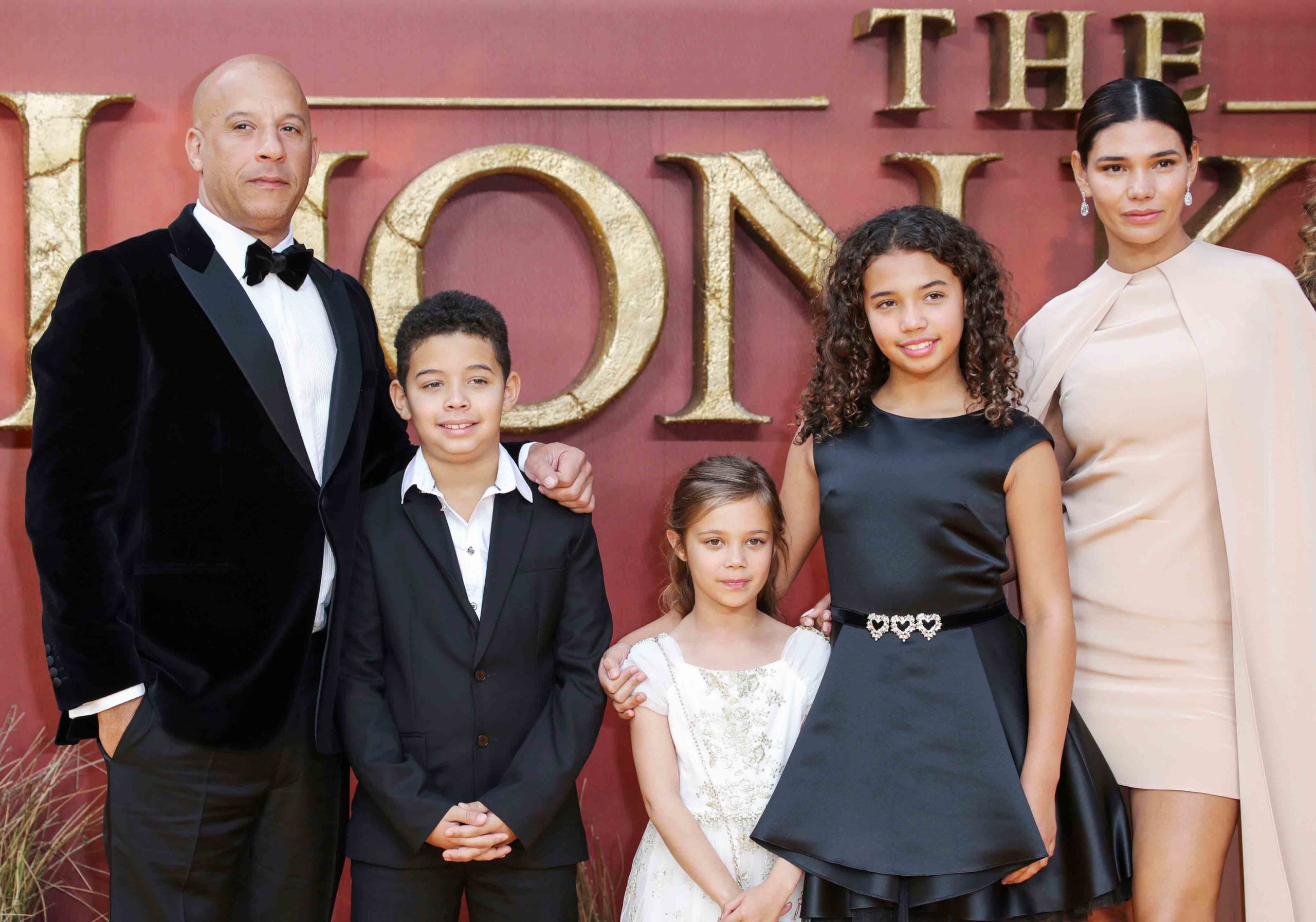 Vin Diesel is active in his social media accounts. His Instagram and Twitter handle (@vindiesel) has 64.9 million and 324.3 thousand followers respectively. Likewise, his Facebook page also have 96.4 million likes and 94.2 million followers.

Vin Diesel made his debut film in 1990 named ‘Awakenings.’ His appearance was uncredited in the movie. He then directed, produced, acted and wrote the script for a short semi-autobiographical film titled ‘Multi-Facial’ in 1994. Two years later he again made his first feature-length film ‘Strays’ in 1997 where he was a writer, director, producer and actor.

He played as Rick in the film. This film was also selected for competition at the Sundance Festival, leading to an MTV deal to turn it into a series. In 1998 he also was a part of ‘Saving Private Ryan’ film where he played as Private Adrian Caparzo. He also gave voice over for the animation film, ‘The Iron Giant’ in 1999. Likewise, the year 2000 was on his favour and gave him films like ‘Boiler Room’, a crime drama film and ‘Pitch Black’, a science fiction thriller in which he played the anti-hero character named Richard B. Riddick.

Then in 2001, Vin Diesel appeared in a film named ‘Fast and the Furious’ where he played as Dominic Toretto, an action hero. This movie was a breakthrough of his filmy career as he became internationally famous and also the film was a commercial hit. He shared his screen with Paul Walker, Michelle Rodriguez, Jordana Brewster, Rick Yune, Chad Lindberg, Johnny Strong, and Ted Levine in this film. He also played ‘Knockaround Guys’ in the same year. Then in 2001, he appeared in ‘XXX’. He also became the executive producer for the film. During the mid-2000s, he continued to play in several movies like ‘The Pacifier’ in 2005, a light-hearted comedy and ‘Find Me Guilty’ in 2006.

Likewise, in 2006 he reprised his role of Dominic Toretto for a cameo in ‘The Fast and the Furious: Tokyo Drift. He also appeared as Hugo in 2008 film ‘Babylon A.D. He again reprised his role as Dominic in the film sequels ‘Fast and Furious’ and ‘Los Bandoleros’ in 2009. ‘Fast Five’ in 2011 and ‘Fast and Furious 6’ in 2013. He was also a producer in these franchise film.

In 2014, he voiced over Groot in ‘Guardians of Galaxy. He again reprised his role as Dominic in the 2017 film ‘The Fate of the Furious. Then in the following years, he again reprised his voice role for Groot in Marvel Comics superhero film based on comics named ‘Guardians of Galaxy Vol. 2’ in 2017 ‘Avengers: Infinity War’ in 2018 and ‘Avengers: Endgame’ in 2019 alongside Scarlett Johansson, Robert Downey Jr,  Chris Evans, Mark Ruffalo, and others. He also appeared in ‘Bloodshot’ as Ray Garrison in 2020 where he was also a producer.

Furthermore, his upcoming projects are ‘F9,’ ‘Avatar 2’ and ‘Avatar 3.’ Apart from movies he is also part in a video game named ‘Fast & Furious Crossroads’ where he voiced over as Dominic Toretto which is yet to be released.

Vin Diesel has won several awards for his acting skills, like MTV Movie Award for ‘The Fast and the Furious’ in 2002 and for ‘Fast and Furious 6’ in 2014, Video Software Dealers Association Award in 2005 and he has also won CinemaCon Award in 2011. Likewise, in 2015 and 2016 he received Teen Choice Award and People’s Choice Award respectively for his role in ‘Furious 7.’

Vin Diesel is a popular actor in the Hollywood industry who has gained a massive amount of name, fame and money. His estimated net worth as of 2020 is $225 million.