Who is Vinnie Jones?

Vinnie Jones is an English actor and a former professional footballer who has played several matches as a midfielder for different football clubs. Likewise, he represented the Welsh national team for his international competitions, where he also showed his captaincy towards the group. As per his image and personality, Vinnie was also called ‘Hard Man.’ He started his football career from 1984 and received retirement in 1999, where he scored 38 goals in total for different clubs. Later he decided to pursue a career in acting and stepped in the entertainment field from 2000 to date, which has now become 20 years. He is well-known for his role as Juggernaut in the ‘X-Men’ film franchise. 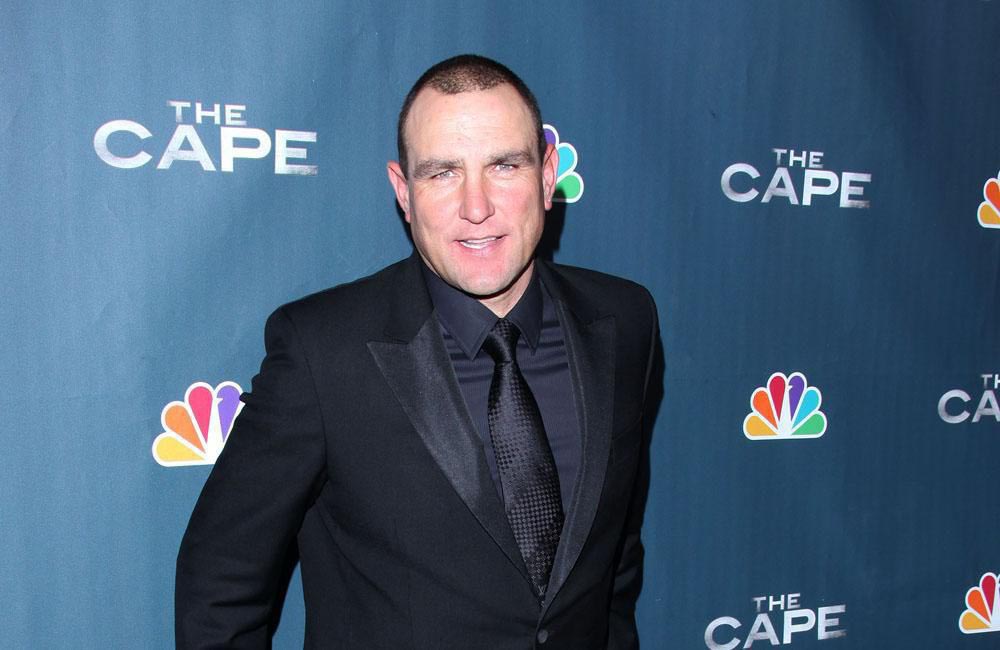 Vinnie Jones was born on 5 January 1965, with the name Vincent Peter Jones, in Watford, Hertfordshire. He was taken to father, who was once a gamekeeper named Peter Jones, and to mother Glenda Jones. He is also known by Vinnie. Vinnie is currently 55 years old with Capricorn zodiac sign.

Vinnie Jones holds British nationality, and as per his religion, he follows Christianity. Besides, he has an athletic body type. Vinnie stands 6 feet and 2 inches (188cm/1.88m) tall and weighs around 85kg (187lbs). He has a pair of blue coloured eyes and dark brown hair colour.

Vinnie Jones did his schooling from Dollis Junior School in Mill Hill. He then attended Chancellor’s School in Brookmans Park. He was just a young boy of 10 years old when he started playing football.

Vinnie Jones married his neighbourhood friend Tanya Terry in 1994 in Watford. He has two children, a stepdaughter from Tanya’s first marriage named Kaley Jay Terry and Aaron Jones, who works for the British Army. His wife had skin cancer, which transferred to the brain, and due to which she died in 2019, 6 July. 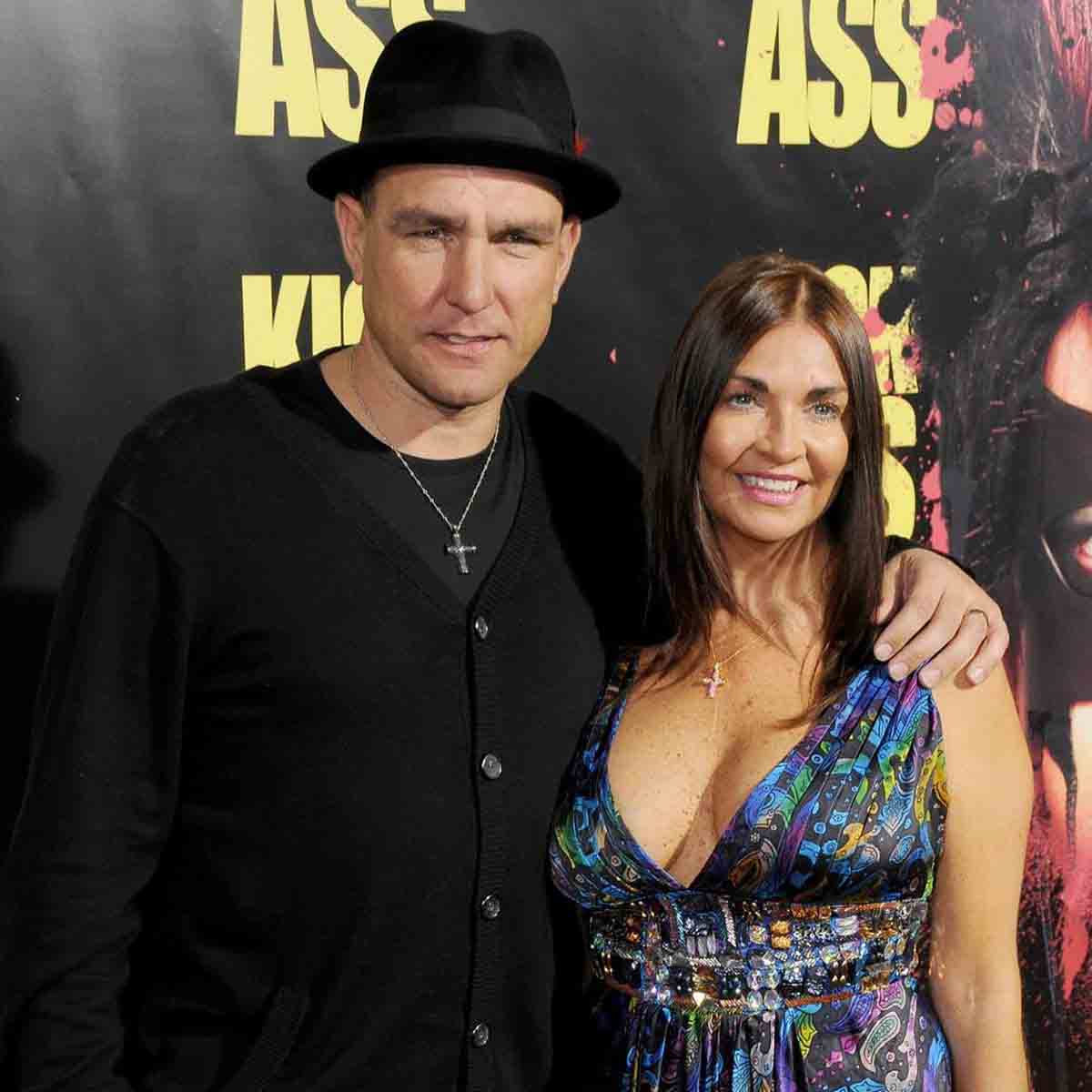 Vinnie Jones first joined Wealdstone FC in 1984 and played Alliance Premier League in England. He scores two goals for this club appearing in 38 matches. Jones then played in a loan for IFK Holmsund for a season, which helped the team place in Division 3. He was then signed by Wimbledon FC in 1986, and he played for this club till 1989, scoring 9 goals in total. He also came in the limelight through this football club.

Similarly, he played for Leeds United and Sheffield United and scored five and two goals in total for them, respectively. In 1991, he played for Chelsea and played his debut match, showing victory over Luton by 4-1. His first goal for this club was in 1991, September, where they were playing against Aston Villa. The next year, he came back to Wimbledon again and scored 14 goals for the team. Finally, his last match for a football club was Queens Park Rangers, where he scored 1 goal after appearing in 9 games.

Furthermore, he represented Welsh for his national team and made his international debut match against Bulgaria, where they won by 3-0 in 1994. Overall, he has played 9 FIFA matches in his football history career.

Vinnie Jones landed his debut acting roles in the British crime-comedy film ‘Lock, Stock, and Two Smoking Barrels’ in 1998. This film gave his first break in the film industry and made him recognized as the film had a huge critical and commercial success. In between 2000 to 2001, he has starred in various films like ‘Gone in 60 Seconds,’ ‘Mean Machine,’ ‘The Big Bounce,’ ‘Slipstream,’ ‘The Other Half,’ ‘Garfield: A Tail of Two Kitties’ where he voiced for Rommel, ‘The Condemned,’ ‘Loaded,’ ‘The Ballad of G.I. Joe,’ ‘The Heavy’ and many more. Meanwhile, in 2006 he appeared in a superhero film based on Marvel Comics’ X-Men: The Last Stand’ where he portrayed as a super villainous role as Cain Marko / Juggernaut. 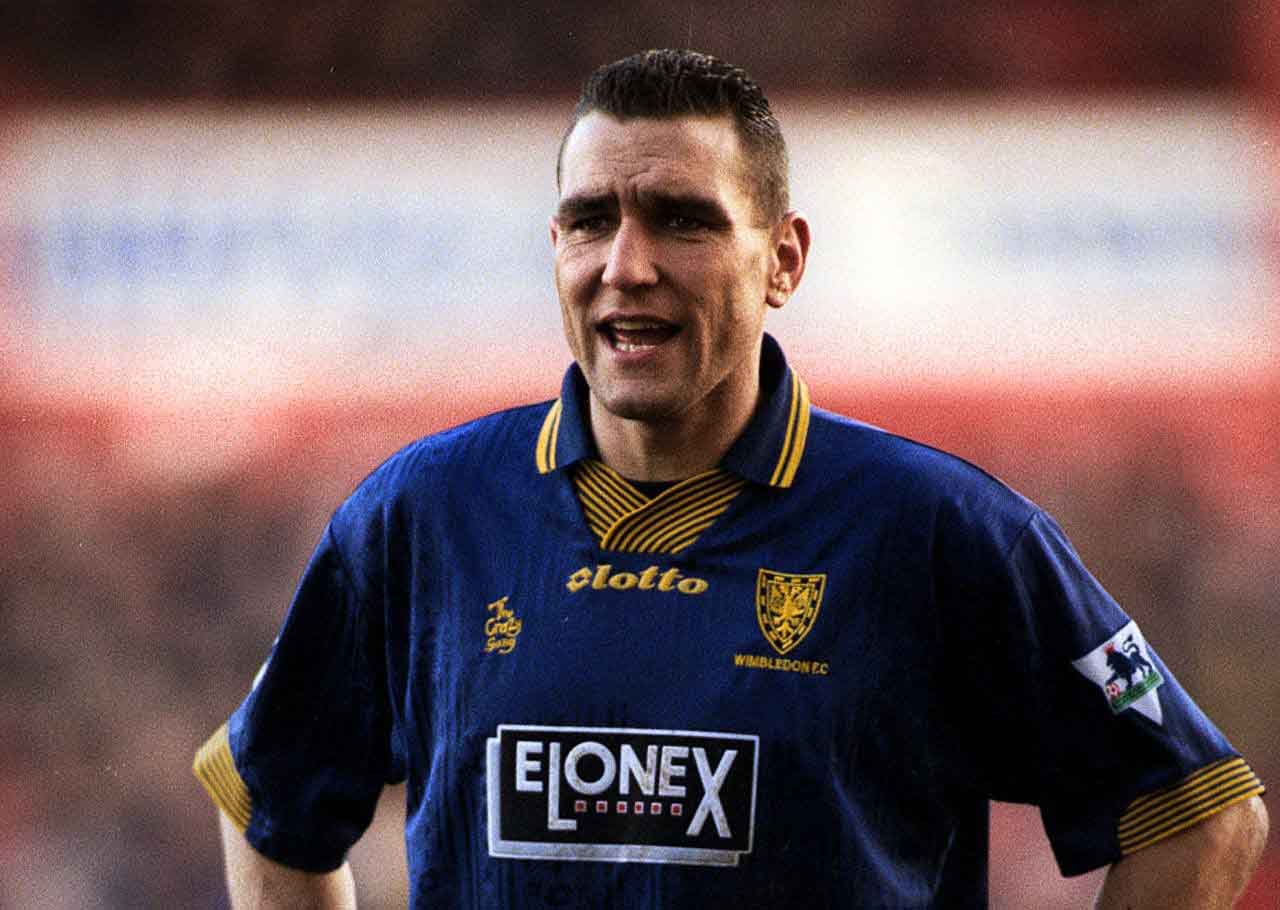 This film was also praised by critics and audiences and also became a box office hit. Moreover, he also appeared in TV series like ‘Chuck,’ ‘The Cape,’ ‘Elementary,’ ‘Psych,’ ‘Arrow’ and ‘Galavant’ from 2010 to 2015. Additionally, in 2012 he was appeared in ‘Madagascar 3: Europe’s Most Wanted’, where he lent his voice to the character Freddie the Dog. In the next two years, he was seen in many films like ‘The 34th Battalion,’ ‘Company of Heroes,’ ‘Fractured,’ ‘Ambushed,’ ‘Blood of Redemption,’ ‘Gutshot Straight,’ ‘Puncture Wounds’ and ‘Reaper.

Likewise, his other notable films were ‘The Midnight Man’ in 2016, ‘Madness in the Method,’ and ‘The Gandi Murder’ in 2019. Recently he is filming for ‘Cross 4.’ Furthermore, he had also appeared in season 11 of the series ‘NCIS Los Angeles’ as Rick Dorsey, ‘The X Factor: Celebrity‘ as a contestant in 2019, and in ‘Harry’s Heroes: Euro Having a Laugh’ as himself in season 2 in 2020.

Vinnie Jones won Empire Award in 1999 and 2001 for his work in ‘Lock, Stock and Two Smoking Barrels’ and ‘Snatch’ respectively. He also received the Action on Film International Film Festival Award in 2008 for his performance in ‘Strength and Honor.’

Vinnie Jones is a formal professional footballer and an actor who has been involved in show business with a huge fan following. His net worth as of 2020 is $10 million.