An American actress who is best known for her supporting role in science fiction adventure film ‘The Hunger Games.’

Who is Amandla Stenberg?

Amandla Stenberg is an American actress and singer who started her career in the entertainment field in 2011 and is actively involved to date. She is popular for her supporting role in the science fiction adventure film ‘The Hunger Games’. Initially, she began her career as a child model and eventually stepped into acting. She also came in limelight and was known worldwide for her film ‘Everything, Everything.’ Likewise, she has also received critical acclaim for her performances, earning her several awards and nominations. Along with acting, she also made her singing debut as part of the musical duo Honey water. She also released her debut single ‘Let My Baby Stay.’ 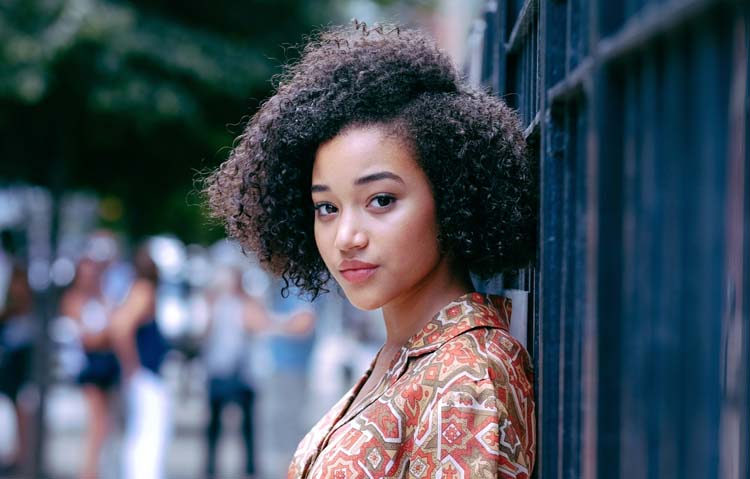 Amandla Stenberg was born on 23 October 1998 in Los Angeles, California, to father Tom Stenberg and to mother Karen Brailsford. She also has two older half-sisters from her father’s side. She is currently 21 years old with a Scorpio sun sign.

Amandla Stenberg holds an American nationality. She is of Danish and African American ancestry. Besides this, she stands 5 feet and 3 inches (1.60m/160cm) tall and weighs around 55 kg (121lbs). Her body measurements are 32-26-34 inches respectively. She has a pair of dark brown colored eyes and the same hair color complimenting her hourglass body figure.

Amandla Stenberg’s parents were not involved in acting background themselves, but her parents always encouraged her to enter the show business at an early age. At age four, she started doing catalog modeling shoots for Disney and also appeared in commercials for clients such as Boeing.

Since she hasn’t completed her studies, it was said that she would be studying filmmaking at New York University Tisch School of the Arts. 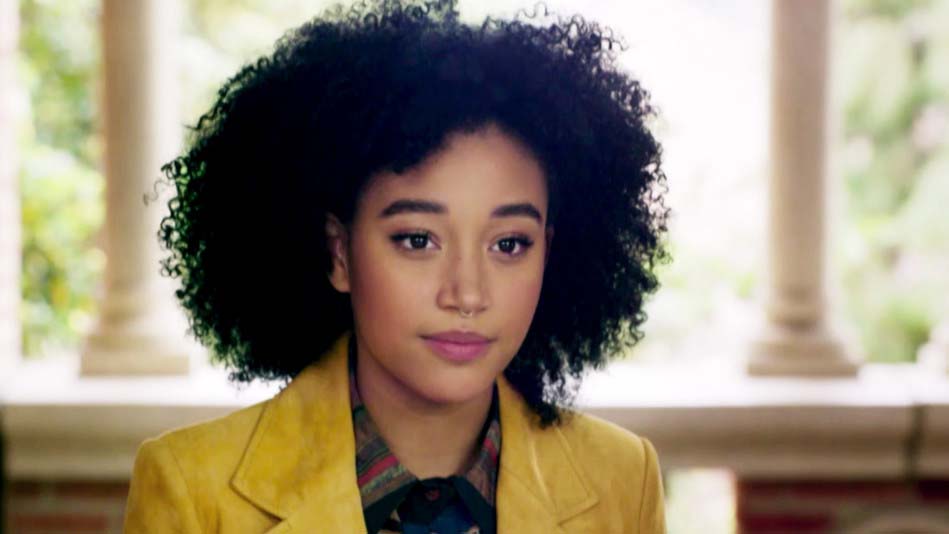 Amandla Stenberg made her film debut in 2011 in the French action film directed by Olivier Megaton ‘Columbiana’. This film revolved around a nine-year-old girl whose family is killed. Though she had a minor role in the movie, her role was much appreciated. The film was also a modest commercial success. The following year, she appeared in ‘The Hunger Games’ as Rue. This film was one of the most important works in Amandla Stenberg’s career. This film gained commercial success and was also praised by the critics.

Likewise, in 2014 she became a cast in 3D computer-animated musical comedy film ‘Rio 2’ where he lent her voice to the character Bia. Other voice actors in the film included Anne Hathaway, Jesse Eisenberg, Jemaine Clement, and Kristin Chenoweth. The film became a huge commercial success and met with average reviews from critics. She was also seen in the 2016 film ‘As You Are’ and in 2017 major commercial successful film ‘Everything, Everything.’ Talking about her recent movies, they are ‘The Hate U Give’ and ‘Where Hands Touch’ in 2018.

Amandla Stenberg first appeared in a Television film in 2012 named ‘A Taste of Romance’ as Taylor. Then in 2013, she appeared in ‘Sleepy Hollow’ as Macey Irving which lasted till 2014.  The next year, she played in a few episodes of the TV series ‘Mr. Robinson.’ After two years, in 2017 she featured as Hellenist in the animated web TV series ‘Neo Yokio.’ Likewise, in 2019 she appeared in the American educational comedy TV series Drunk History’. Presently, she is appearing in ‘The Eddy’ as one of the major roles Julie.

Apart from film and TV series, she also has appeared in the music video named ‘Lemonade’ in 2016 with Beyoncé.

Amandla Stenberg has won the Teen Choice Award for Choice Chemistry for her role in ‘The Hunger Games’ in 2012. She has also won BET YoungStar Award for the music video ‘Lemonade.’ Likewise, she was also declared one of the Most Influential Teens by TIME Magazine in 2015 and 2016. Moreover, in 2015 she was named ‘Feminist of the Year’ by the Ms. Foundation for Women. 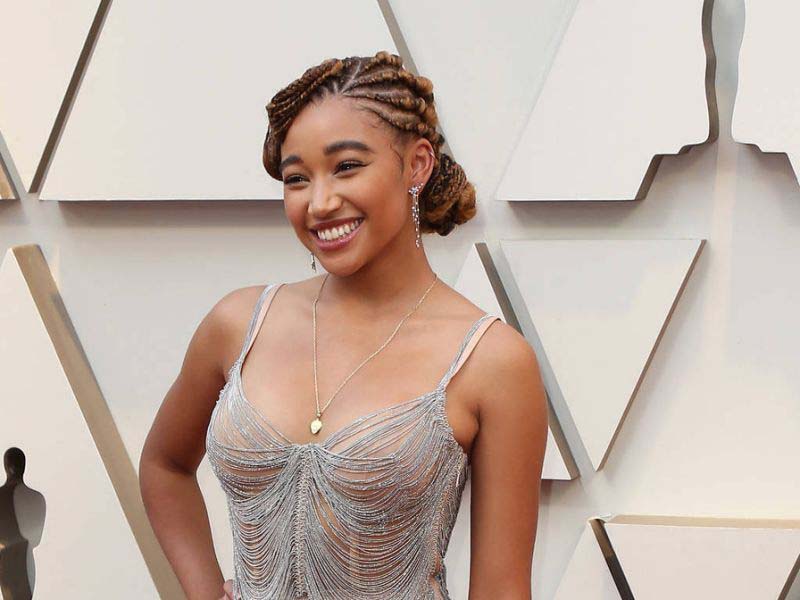 Amandla Stenberg is openly bisexual and pansexual. She previously dated singer Mikaela Mullaney Straus, better known by her stage name King Princess in 2018. Currently, she is single and unmarried. Moreover, she is also an outspoken feminist.

Amandla Stenberg has active social media accounts. Her Instagram account (@amandlastenberg) has 2.5 million. Likewise, she also has a YouTube Channel with her own name with 6.48 thousand subscribers.

Amandla Stenberg is one of the rising stars and actresses in the entertainment industry today. Her net worth as of 2020 is approximately $400 thousand.