Ansel Elgort-An American actor and singer, who is best known for his role in the 2014 movie ‘The Fault in Our Stars.’

Who is Ansel Elgort?

Ansel Elgort is an American actor and singer who gained worldwide popularity for his role Augustus Waters in the romantic film ‘The Fault in Our Stars’ in 2014 based on the novel with the same name. He played the role of a teen boy who is a cancer patient who falls in love with another cancer patient in a support group.

Ansel not only won hearts worldwide but also became a blockbuster, standing at number one at the box office in the opening weekend. This film leads him to win several awards including Choice Movie: Liplock, Fan Favourite Actor- Male, and Best New Film Actor. He is mostly referred to by his stage name Ansolo. Elgort is also a singer by profession. He released a single ‘To Life’, which was released in September 2015.

Ansel Elgort was born on 14 March 1994 in Manhattan, New York City. He was born to father Arthur Elgort who works as a fashion photographer, and to his mother Grethe Barrett Holby who is an opera director. Ansel is the youngest child and has two siblings, Warren and Sophie. He is currently 26 years old with Pisces as a zodiac sign. 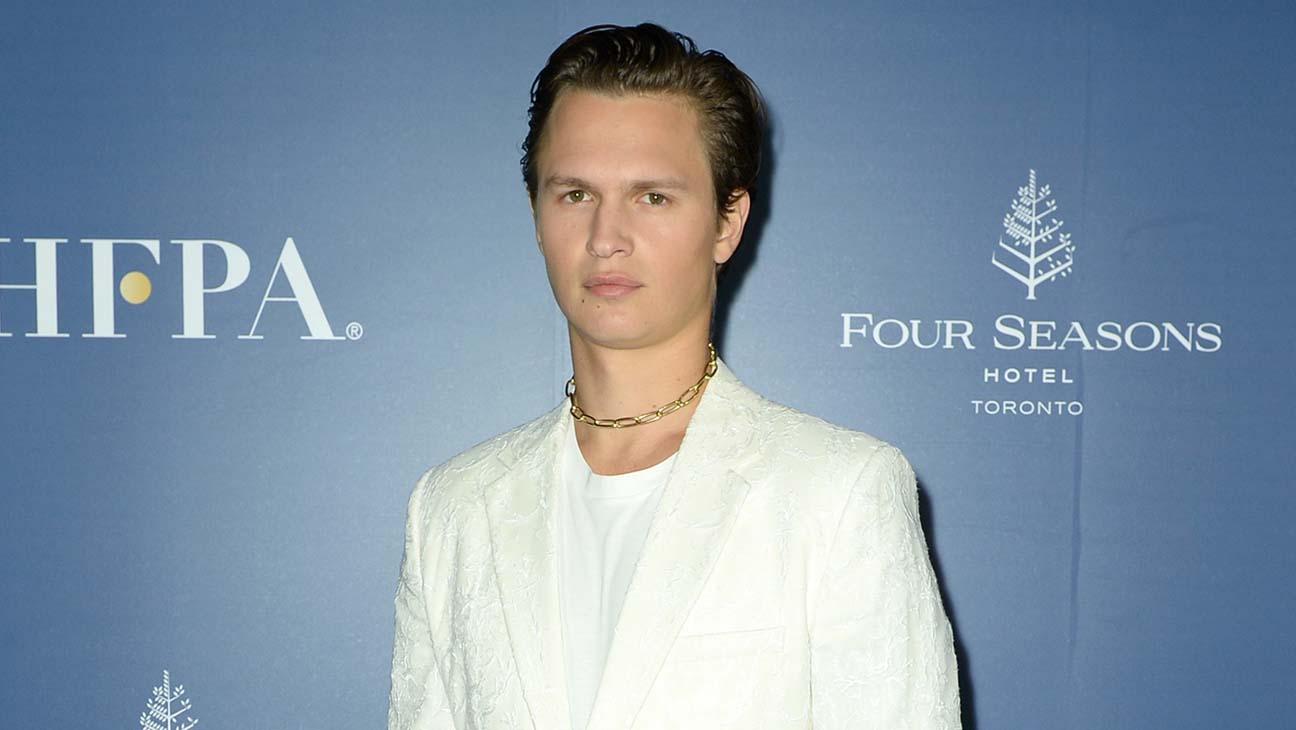 Ansel Elgort holds an American nationality. He stands 6 feet 4 inches (1.93m/193cm) tall and weighs around 85kgs (187lbs). Elgort is of Russian Jewish heritage from his father’s side, while from his mother’s side, he is of English, German and Norwegian descent. The size of his chest and waist is 42 inches and 32 inches respectively. Besides, he has a beautiful pair of hazel green colored eyes with brown colored hair.

Ansel Elgort grew in his hometown and attended the Fiorello H. LaGuardia High School. He also took classes at the Stagedoor Manor summer camp and the Professional Performing Arts School. When he was 9, his mother enrolled him at the School of American Ballet which he attended for 5 years. Also at the age of 12, he took acting classes and had also performed in the American musical ‘Hairspray.’ During high school, in 2009, he appeared in Teen Vogue alongside Polish model Jac Jagaciak in an editorial photographed by his father.

Ansel Elgort is an active Instagram user as (@ansel) with 10m followers. He is also on Twitter as (@AnselElgort) with 3.6 million followers. Likewise, his Facebook page is verified and has 1.7 million followers with more than 94 thousand likes.

Ansel’s older brother Warren is currently a film editor, while his older sister Sophie is a photographer. Talking about his love life, he started dating his high school sweetheart, Violetta Komyshan in 2012. However, because of his busy career and hectic schedule, they later separated. Eventually, they reconciled in 2015. The couple is still together but rumors spread that he has been dating Kaitlyn Dever which may or may not be true. 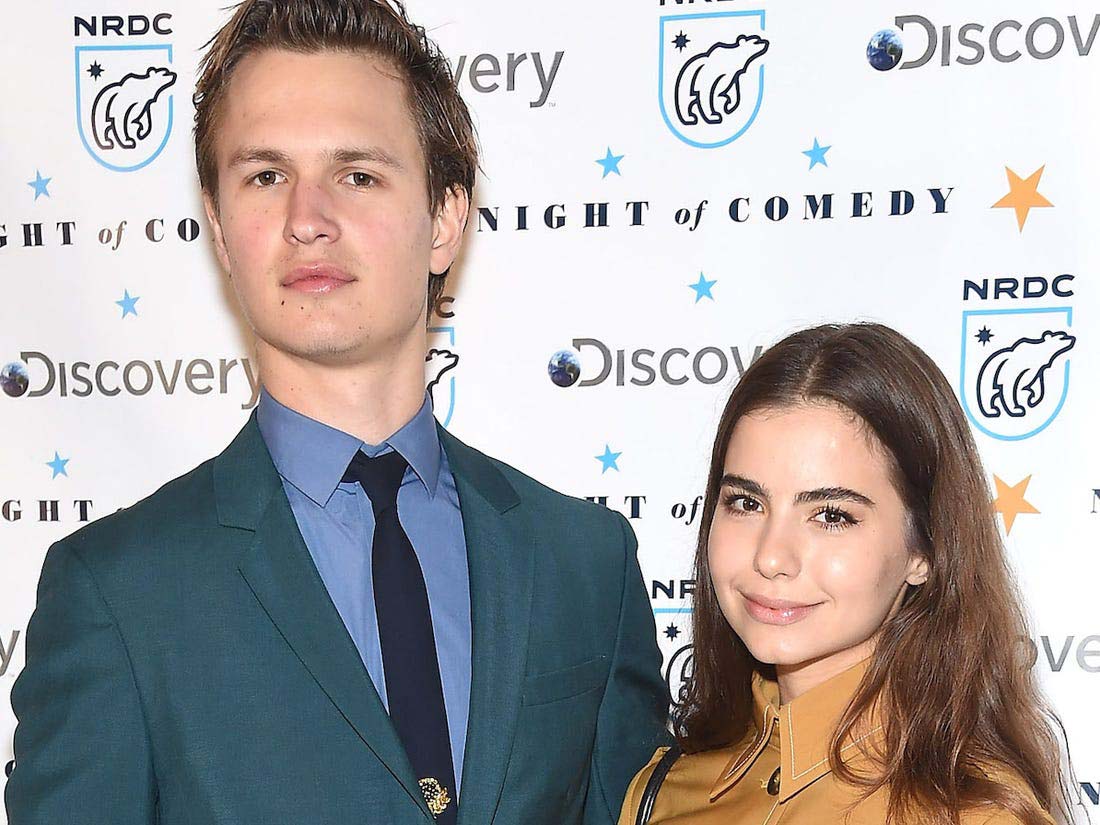 Ansel Elgort initially began his career through stage acting, until he was offered a secondary role in the 2013 movie ‘Carrie.’ The film, which was directed by the well-known American film director Kimberley Pierce, based on horror novel of the same name which was written by author Stephen King. The film mostly focuses on a girl with telekinesis power and the negative impact it has on her life. Similarly, he appeared in a science fiction film directed by Neil Burger, based on the popular young adult novel of the same name, by American author Veronica Roth titled ‘Divergent’  which release on 2014. This film made a lot of collection in the box office.

The Fault in Our Stars

The same year, he was in the film ‘The Fault in Our Stars’, which was a film adaptation of a novel of the same name by John Green. The film was directed by the American screenwriter and director Josh Boone which starred popular actors like Shailene Woodley and Nat Woolf. He played the role of Augustus an ex-basketball player who is also a cancer patient. He meets a sixteen-year-old cancer patient named Hazel Grace in a support group. They fall in love with each other in the movie. 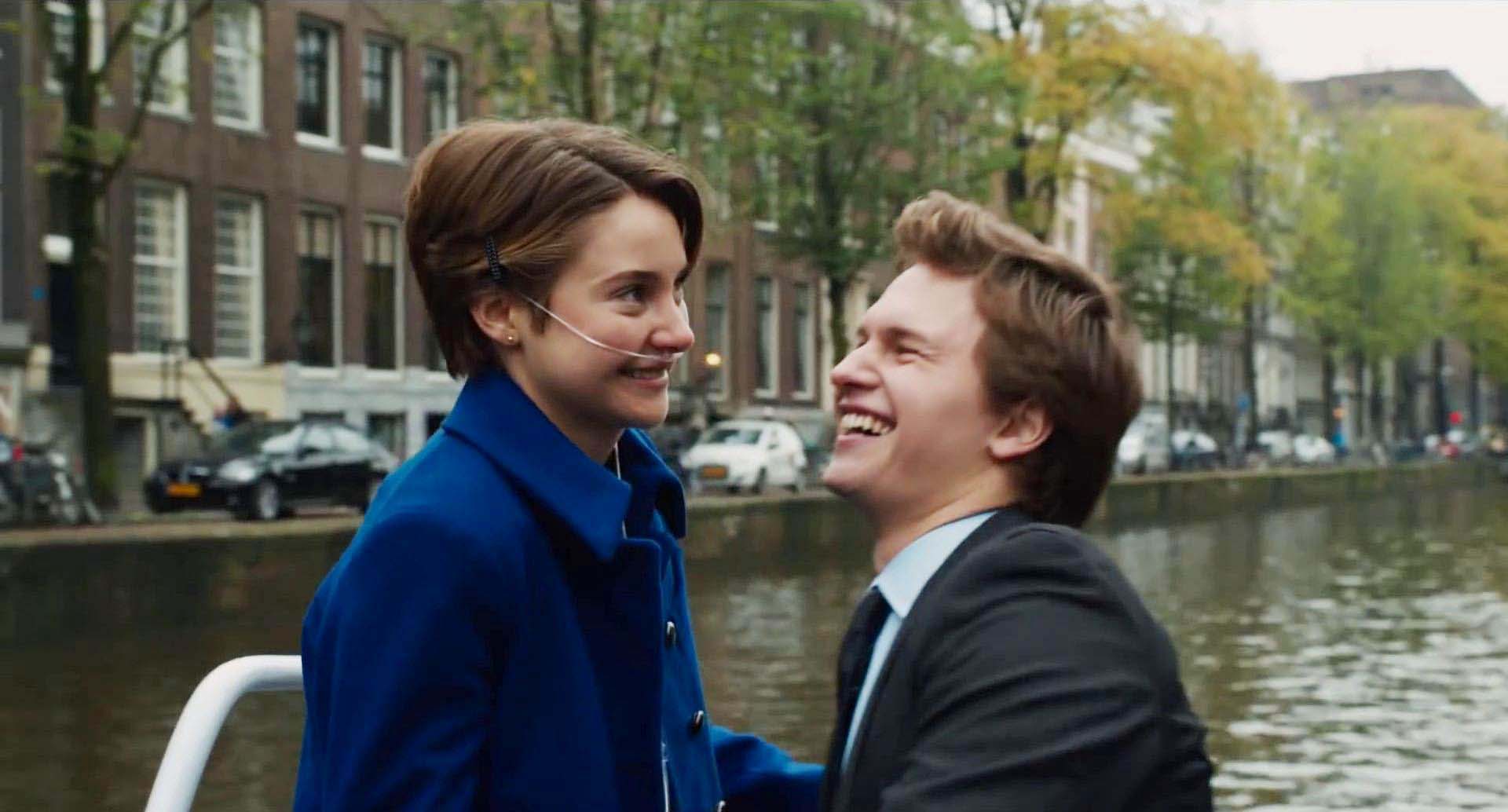 In 2014, he appeared in the American drama film ‘Men, Women and Children’ alongside Adam Sandler, Jennifer Garner, Emma Thompson and others. The film released on 1 October 2014 and is about online addiction. However, the film was a commercial flop and received mostly negative reviews. Likewise, in 2015 he was seen in an American mystery and comedy film, which was directed by Jake Schreier ‘Paper Town’ based on the novel with the same name by John Green. He also continued his role as in the second and third installments of the ‘Divergent’ series: ‘The Divergent Series: Insurgent’ and ‘The Divergent Series: Allegiant’, released in 2015 and 2016 respectively. In 2019, he appeared in the film ‘The Goldfinch’.

Ansel Elgort has amazing skills as an actor and has won several awards like the Young Hollywood Award for Fan Favorite Actor-Male and Best On-Screen Couple (shared with his co-star) for his role in the movie ‘The Fault in Our Stars.’ In 2015 he has also won MTV Movie and TV Awards for his same movie.

On June 19, 2020, Ansel was in headlines after a woman named Gabby who claimed that he sexually assaulted her back in 2014 when she was 17. After the tweet went viral the next that is June 20, 2020, he denied assaulting the women via his Instagram post stating he has a brief, legal relationship when he was 20 in 2014 but did not behave well in their breakup.

Ansel Elgort has quite great earning from his professional acting and singing. He has been able to earn millions of fortunes. As of 2020, his net worth is estimated $12 million.