Who is Christoph Waltz?

Christoph Waltz is an Austrian actor and director who works in Hollywood films and is currently active in the American film industry. He has been associated with this show business since 1977, and to date, he has been working here actively. Initially, Christoph started off his acting career by doing television roles and eventually made up German films. As per his looks, he usually received villainous character, and audiences also liked him for that role. Christoph came into the limelight from a 2009 war film called ‘Inglourious Basterds,’ where he had portrayed the role of Hans Landa. This was his first American film in the Hollywood industry, which became a huge hit. Apart from acting, he also ventured his career in directing. Recently, he featured in fifteen episodes of a web TV series ‘Most Dangerous Game.’ 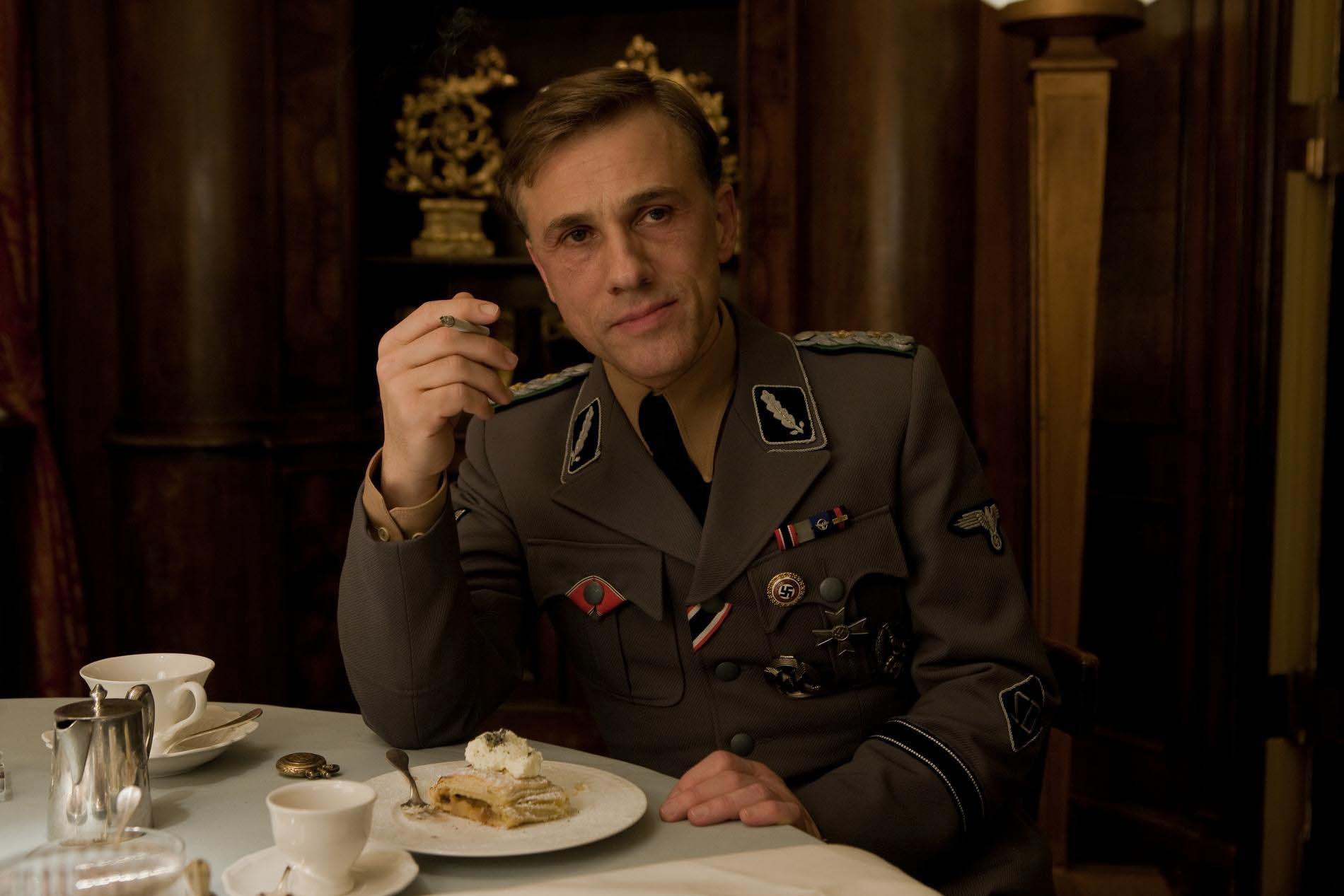 Christoph Waltz was born on 4 August 1956 in Vienna, Austria. His parents worked in a designing line where his father was a set designer named Johannes Waltz, and his mother was a costume designer named Elisabeth Urbancic. He is currently 64 years old with a Libra sun sign.

Christoph Waltz holds an Austrian nationality, and as per his ancestry, he is German and Austrian belonging to White ethnicity. Besides this, he stands 5 feet and 7 inches (170cm/1.70m) tall and weighs around 66 kg (145lbs). He has an average body type, and he is distinctive from his deep silky Austrian accent voice. Moreover, Christoph has a pair of green-colored eyes with dark brown hair color.

When Christoph Waltz was seven years old, he lost his father, and his step-father was Alexander Steinbrecher. His family came from a show-business background as his maternal and parental grandparents were a stage, theatre actors. Due to this, he always had an interest in acting. He attended acting schools to develop his acting skills from Max Reinhardt Seminar and Lee Strasberg Theater and Film Institute, located in Vienna and New York.

Christoph Waltz is married twice. He had his relationship with his first wife named Jacqueline for 17 years. Jacqueline is a therapist, and they together have three children. After their divorce, he hitched with Judith Holste, who is a designer. And this couple has a daughter together. 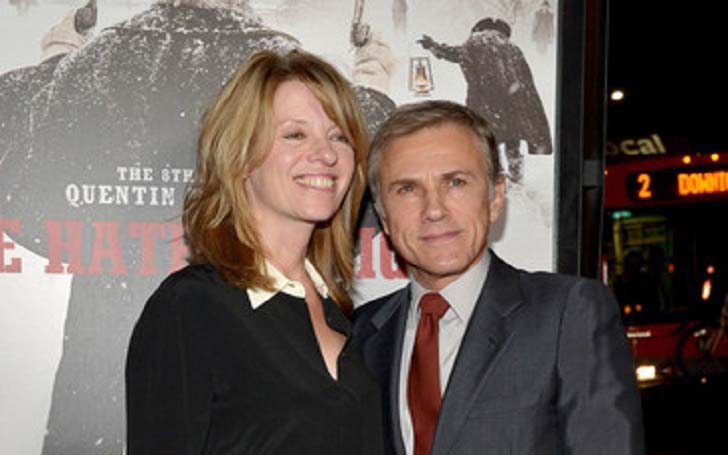 Christoph Waltz had his debut acting role in a 1977 children’s show called ‘Am dam des,’ a German television show. The same year, he also acted in ‘Der Einstand, ’ which is a television film. He then featured on TV in the 1979 series, ‘Parole Chicago,’ in thirteen episodes. Likewise, after three years, he did two German television films named ‘The Mysterious Stranger’ and ‘Dr. Margarete Johnsohn’. Between 1985 to 1990, he was involved in German and English series, and to name a few, they were ‘Ein Fall für Zwei,’ ‘The Old Fox,’ ‘Derrick,’ ‘The Aliens Year,’ ‘Goldeneye’ and ‘The Old Fox.’ After the year 1990, he was mostly seen in television films based on the German language for few years, and they were ‘5 Zimmer, Küche, Bad,’ ‘A King for Burning,’ ‘Der Amokläufer von Euskirchen,’ ‘Prinz zu entsorgen.’

Moreover, he became involved in English language television films like ‘Jacob’ in 1994, ‘The All New Alexei Sayle Show’ in 1995, and many more. He was also good with his French language, so he also did a French series called ‘Maître Da Costa’ in 1997. To date, he has been involved in many German and English TV series and TV films. The notable ones are ‘The Final Game; in 1998, ‘Zwei Tage Hoffnung’ in 2003, ‘SOKO Rhein-Main’ and ‘Tatort’ in 2006, ‘Unter Verdacht’ in 2007 and ‘Die Anwälte’ in 2008. Furthermore, Christoph has also hosted an American late-night Live TV show called ‘Saturday Night Live’ in 2013. He had played recently in the series ‘Most Dangerous Game’ in 2020, where he featured in 15 episodes.

Christoph Waltz got his debut film role in a 1979 English film called ‘Breakthrough,’ where he had an uncredited role. In 1981, he featured in a German-based film called ‘Headstand.’ As he was very versatile, he even received an offer from Polish and French films. Likewise, in 1982 he appeared in ‘Fire and Sword,’ the last film he played until 1986. In 1986 he starred in ‘Wahnfried’ and then in a 1988 film called ‘Quicker Than the Eye.’ He also received a role in a Polish language-based film, ‘Life for Life: Maximilian Kolbe’ in 1991 and then directly featured in a 1996 film, ‘The Start of Something.’

In between 1997 to 2005, he played in numerous films and received a little more recognition from the films like ‘Love Scenes from Planet Earth’ in 1998, ‘Ordinary Decent Criminal’ in 2000, ‘Angst’ and ‘Gun-Shy’ in 2003 and ‘Pact with the Devil’ in 2004. Christoph then received world-wide fame and name from his 2009 film called ‘Inglourious Basterds,’ where he has played Hans Landa in a supporting role. He then received many offers from different genres of films. In 2011, he played in four films called ‘The Green Hornet,’ ‘Water for Elephants’ ‘The Three Musketeers’ and ‘Carnage.’

Similarly, the few years he did ‘Django Unchained,’ ‘Epic,’ which is a computer-animated film, ‘The Zero Theorem,’ ‘Horrible Bosses 2,’ ‘Big Eyes,’ ‘The Legend of Tarzan’ and many more.  Furthermore, in 2019 he made his English directional debut film called ‘Georgetown,’ and he also played Ulrich Mott. The same year, he also played in ‘Alita: Battle Angel,’ an action film. This film starred Jennifer Connelly, Mahershala Ali, Ed Skrein, Jackie Earle Haley, Rosa Salazar, and Keean. He had his recent film ‘Rifkin’s Festival,’ released in 2020. Presently, he is working on his upcoming projects like ‘No Time to Die’ and ‘The French Dispatch. 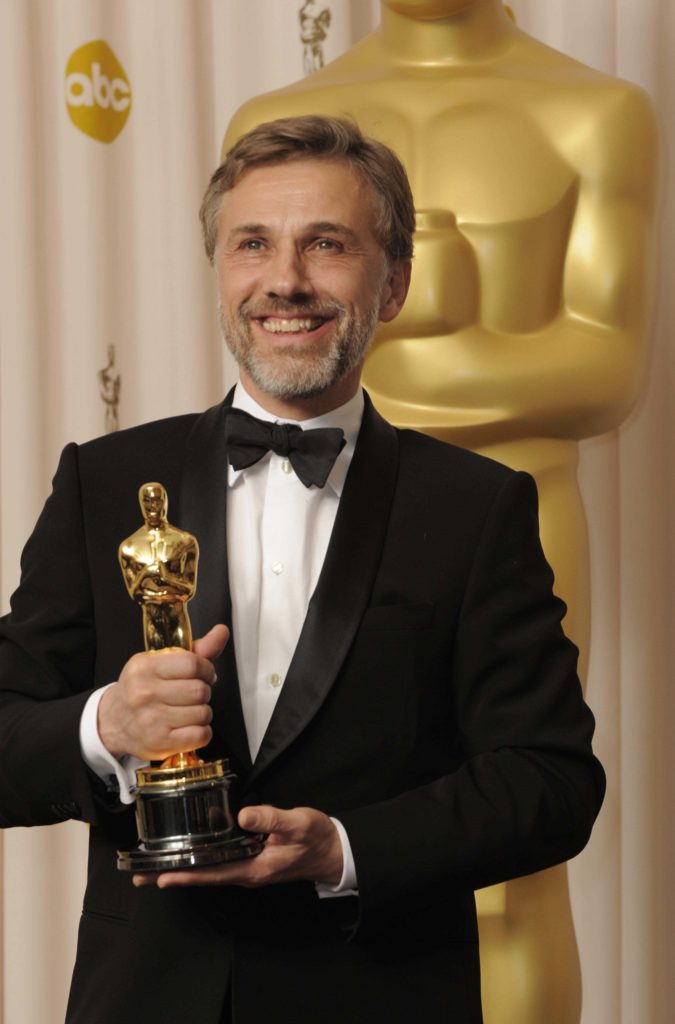 Christoph Waltz has been awarded many prestigious awards for his contribution to work in the entertainment field. He has won 2 Academy Awards, 2 BAFTA Awards, 2 Golden Globe Awards, and 2 Screen Actors Guild Awards in 2009 and 2012 for his work in ‘Inglourious Basterds’ and ‘Django Unchained’ respectively. He has also won other awards for his film ‘Inglourious Basterds’ like Cannes Film Festival Award, Critics Choice Award, Satellite Award, and an Empire Award.

Net Worth of Christoph Waltz

Christoph Waltz is a famous actor who has been associated with German as well as the Hollywood film industry. As of 2020, his estimated net worth is $30 million.