Dak Prescott- Football Quarterback, Who Plays for the Dallas Cowboys, Entering in the 2016 NFL Draft

Who is Dak Prescott?

Dak Prescott is a well-known name in sports. He has made his name from his brilliant playing skills. Dak is a professional football player, who plays from the position of quarterback. The player presently plays for the American football team, Dallas Cowboys of the NFL (National Football League). He entered the NFL in the 2016 NFL Draft. Earlier, he played college football for the Mississippi State Bulldogs football. Furthermore, he has become the NFL Offensive Rookie of the Year and also has been enlisted in the Pro Bowl. 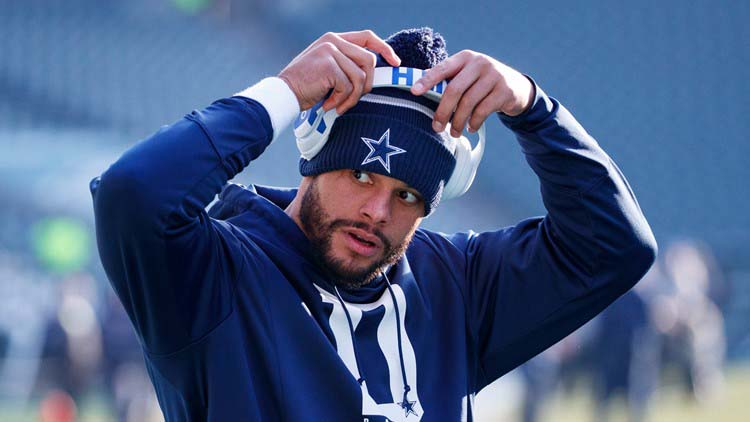 Dak Prescott was born on July 29, 1993, as the name Rayne Dakota Prescott, in Sulphur, Louisiana. He was born to his father Nathaniel Prescott and his mother, Peggy Prescott. His mother raised him single-handedly, working as a manager of a truck stop, along with his other two siblings. Dak has an older sister and three brothers, including a half-brother, namely; Natalie, Tad, Jace, and Elliott, respectively. Besides, he has the star sign of Leo. As of 2020, his age is 27 years old.

Dak holds an American nationality. Standing at the height of 6 feet 2 inches (1.88 m) and weighing about 238 lbs (108 kg), he has been able to maintain an athletic body. Additionally, his black hair color, and brown eye color, reflects his fantastic personality.

Firstly, Dak attended Haughton High School, located in Haughton, Louisiana. From his high school days only, he had an interest in playing football. Dak became influenced in playing football as his mother loved football, and even had a tattoo of football on her arm with no 3 written inside, representing her three sons.

During his high school, his fantastic performance made him win the District 1-AAAA Champion in 2010.

After being certified from the school, he joined the Mississippi State University. He enrolled with the football team of the college and became redshirted in 2011. Then, in 2012, he played 12 games as a backup of a player, Tyler Russell. Likewise, he continued the next year and completed 156 passes for 1940 yards. Also, he became the Most Valuable Player of the 2013 Liberty Bowl. In the 2013 season, he made the record of scoring the fourth-highest number of touchdowns, which made him gain SEC Fall Academic Honor Roll.

For the 2014 season, he started as a full-time starter. Breaking the 10 statistical records of the program, he completed the season with 3499 passing yards, along with 27 passing touchdowns. Moreover, Dak became the Offensive Player of the Week three times and a Manning Award Player of the Week five times. Also, for his beautiful records, he had been honored as a nominee for the National Player of the Year award.

Likewise, by the 2015 season, he had 60 passing touchdowns and 40 rushing touchdowns and became the fourth player in FBS to record so. Similarly, Dak gained numerous achievements for his records, including the National Quarterback of the Week, Offensive Player of the Week, Senior CLASS Award, and enlisted in the 2017 NCAA Today’s Top 10. Moreover, in his entire career, he completed ranking third in the SEC history in total yards and ranking fourth in total touchdowns. He has 38 school records. 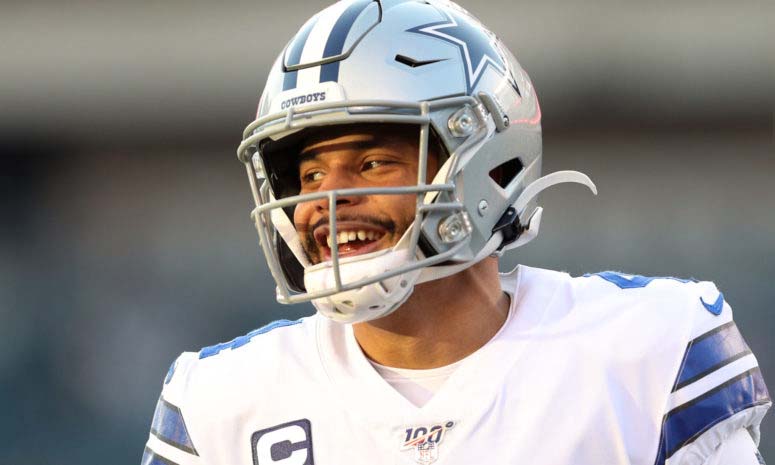 The player’s eye-catching moves nad record in his college career, made him enter the NFL. The Dallas Cowboys chose him with the 2016 NFL Draft in the fourth round. He signed a four years contract with the team. Meanwhile, he became the starter for the beginning of the 2016 season. He played the regular season for the first time on September 11, in opposite to New York Giants. In the first week, the team lost, and in the second week won by 20-19 to the Washington Redskins.

Dak passed his first NFL touchdown in week 3, against the game with Chicago Bears. Also, in the fourth week, they won to San Francisco 49ers. Next week, he had 227 yards and a touchdown. Likewise, Dak had his game going progressively several other weeks. H played 16 games in 2016, completing 3667 passing yards, and 23 touchdowns.  Moreover, he became the NFL Offensive Player Rookie of the Year.

Eventually, he started his second season of the NFL with the 19-3 win against the New York Giants. Then, he had a game opposite Los Angeles Rams, where he recorded 253 yards and 3 passing touchdowns. During the year, his team experienced few losses. The team suffered from postseason contention loading to Seattle Seahawks in week 16. However, Dak had good records, with 3324 passing yards and 28 touchdowns.

The player started 2018 season with 170 passing yards though having a loss to the Carolina Panthers. They had their first win in the season against the New York Giants. Dak led the team to win in several matches against Detroit Lions, Jacksonville Jaguars, Philadelphia Eagles, Atlanta Falcons, and New Orleans Saints.

In the season, Dak received his Pro Bowl selection for the second time as an alternate, replacing Drew Brees. He made the record of 3885 passing yards and 22 passing touchdowns in 16 games.

Furthermore, in the 2019 season, Dak passed 405 yards and 4 touchdowns, in his first game only. For his performance, he received the perfect passing rating, in addition to being the Offensive Player of the Week. Likewise, having a fantastic record, he completed the season with his highest record, 4902 passing yards, and 30 passing touchdowns. 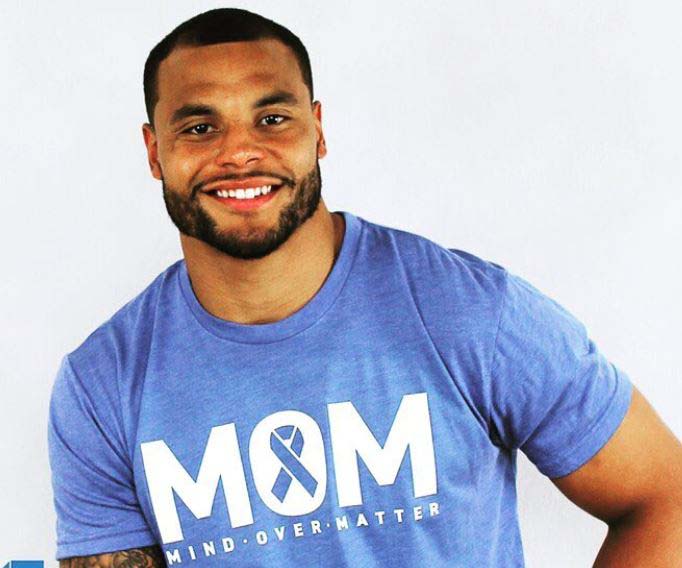 Dak is unmarried. However, it’s obvious for a high profile name to be linked up with some girl. He had been rumored to be dating a model, Dallas Nicole Parks. Also, his name was linked with Yasmine Nicole Lee and Rosette Abud. So, it’s not so clear if he has a girlfriend or not.

Dak has been able to earn massive popularity from his professional career. Likewise, along with gaining name and fame, he also has been able to make a decent amount of money. Dak has an estimated net worth of about $3 million. Besides, he has made $2.75 million since he has joined the Dallas Cowboys.