Dave Bautista is an American former wrestler and an actor who began his career in wrestling. After he retired from wrestling, he then started his career as an actor. Initially, he did various off-the-wall jobs. With his wrestling career, he is also crowned the World Heavyweight Champion four times, the WWE Champion twice, the Royal Rumble twice, the World Tag Team Championship three times, and the WWE Tag Team Championship.

Likewise, his breakthrough role in the film industry came about in 2014 when he appeared as Drax the Destroyer in the Marvel Cinematic Universe film ‘Guardians of the Galaxy.’ He also made a debut in the film ‘Relative Stranger’ in 2006 as Wrestler. 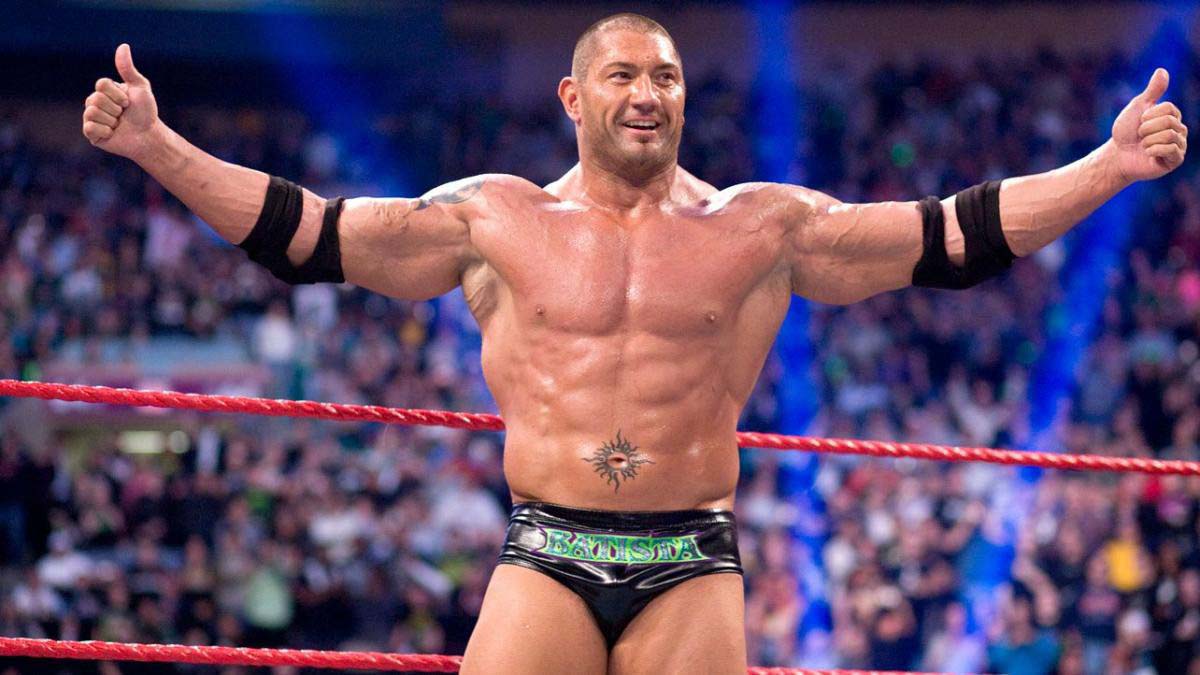 Where was Dave Bautista born?

David Michael “Dave” Bautista Jr was born on January 18, 1969, in Washington, D.C., to Donna Raye and David Michael Bautista. His parents divorced when he was young, and he was raised by his mother.

Likewise, his mother came out to be a lesbian, and he always was supportive of her decision. He also has a sister and a brother named after their parents. He is currently 52 years old with a Capricorn sun sign.

How was Dave’s early life?

Dave Bautista had to face financial difficulties in his family when he was a child. His neighborhood was also quite violent. He had committed criminal activities as a teenager when he was thirteen; he used to steal cars. Finally, at the age of seventeen, he left home and started living on his own.

He worked as a bouncer for several clubs before being arrested for a brawl that left two of the patrons injured. He was eventually sentenced to one year of probation. After getting released from prison, he developed an interest in professional bodybuilding and started wrestling.

What is the distinctive feature of Dave Bautista?

Dave Bautista holds an American nationality. As per his religious views and religious background, he follows Christianity. Moreover, he belongs to the White ethnicity.

Who is Dave Bautista’s wife?

Dave Bautista has been married three times. He married his first wife, named Glenda, on March 25, 1990. They have two daughters together, Keilani and Athena. Dave and Glenda eventually parted ways on April 1, 1998.

Then in the same year, he married Angie Lewis, who is his second wife. They stayed together for eight years and got divorced in 2006. He then married pole dancer Sarah Jade in 2015, who is his third wife. Unfortunately, this couple also parted ways in 2019. 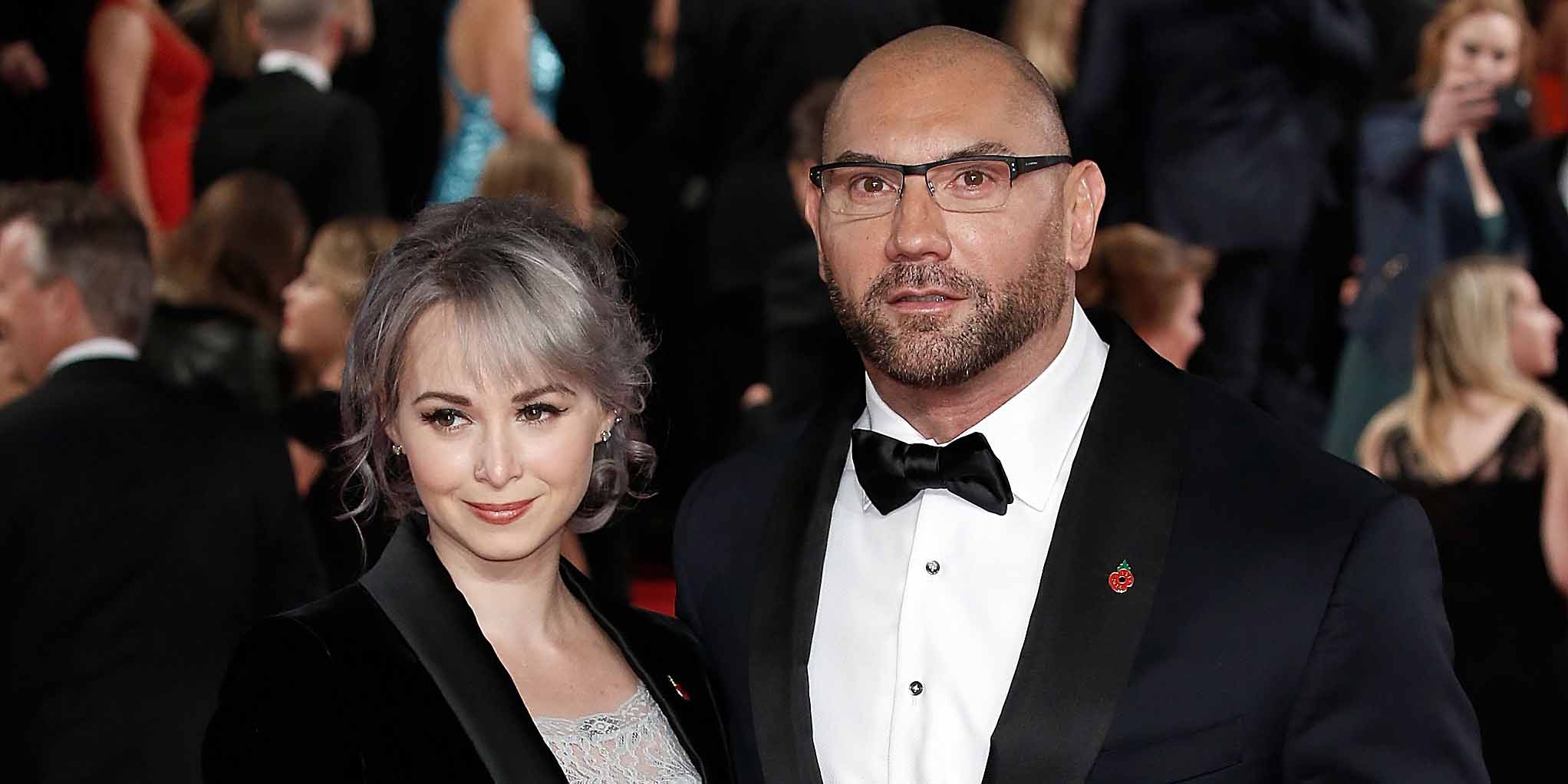 Dave Bautista is active in his social media accounts. His Instagram and Twitter handle (@davebaustista) have 3.5 million and 1.4 million followers, respectively. Likewise, his Facebook page also has 6.87 million likes and 8.85 million followers.

How did Dave start his Professional Wrestling Career?

Dave Bautista was involved in bodybuilding was pursued his career in wrestling. He first took part in World Wrestling Championship (WCW) and auditioned at the WWC Power Plant. But one of the trainers, Buddy Lee Parker, told him that he would never succeed in the professional wrestling business. So he then went to WWE, who was WCW’s biggest rival.

Dave was selected for them, and he went to Wild Samoan Training Center wrestling school to train under Afa Anoa’i. He also got lessons in Muay Thai and Eskrima. Dave soon began to wrestle for Anoa’i’s World Xtreme Wrestling (WXW) promotion. He also signed a contract with EEW and started competing at one of their developmental territory, Ohio Valley Wrestling. 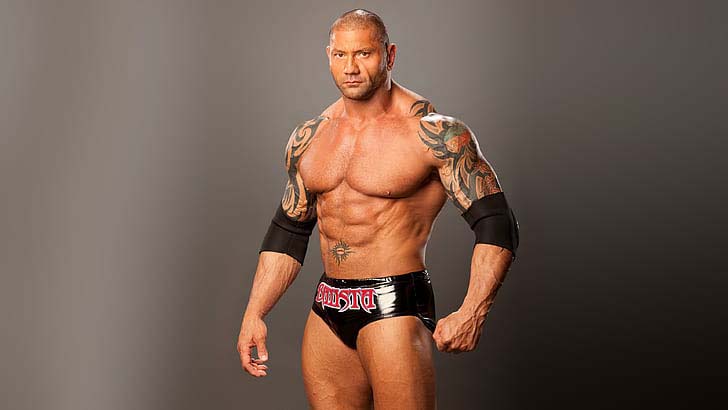 His first competition was under the ring name Leviathan where he won the OVW Heavyweight Championship. However, his rapid progression in the promotion convinced WWE to include him in the WWE main roster. He then made his television debut on May 9, 2002, on a SmackDown episode under the ring name Deacon Batista. He teamed up with D’Von for a tag-team match against Faarooq and Randy Orton.

Likewise, throughout his career in wrestling, he has won World Heavyweight Champion four times in a row from the WWE Champion twice in 2, the Royal Rumble twice, the World Tag Team Championship three times, and the WWE Tag Team Championship once. Furthermore, he has also shown his excellence in mixed martial arts. He managed to win his MMA debut on 6 October 2012, defeating Vince Lucero via TKO in the first round.

How did Dave Bautista got into acting industry?

Dave Bautista made his cinematic debut in an uncredited role in ‘Relative Strangers’ in 2006 as a wrestler. He then appeared in an American-German film ‘My Son, My Son, What Have Ye Done?’ in 2009. After that, in 2010, he was seen as Big Ronnie in ‘Wrong Side of Town.’ His next venture, ‘House of the Rising Sun’ in 2011 earned him critical praise. In the upcoming years, he appeared in movies like ‘The Scorpion King 3: Battle for Redemption’ in 2012, ‘The Man with the Iron Fists’ in 2012, and ‘Riddick’ in 2013.

Dave received his breakthrough in his acting career when he was cast in the superhero film ‘Guardians of the Galaxy in 2014 as Drax the Destroyer. This film was a commercial hit. Likewise, he again reprises his role as Drax the Destroyer in the film’s sequel ‘Guardians of the Galaxy Vol. 2’ in 2017 and ‘Avengers: Infinity, War’ in 2018 Avengers: End Game’ in 2019. He appeared alongside Robert Downey Jr., Scarlett Johansson, Chris Evans, Chris Hemsworth, Mark Ruffalo, and others.

What are the achievements of Dave Bautista?

Dave Bautista won the Action on Film Award in 2011 for his role in ‘House of the Rising Sun.’ He has also won the DFCS Award and NFCS Award for ‘Guardian of Galaxy’ in 2014.

What is Dave Bautista’s net worth?

Dave is one of the known faces in the entertainment industry. He comes from a wrestling background who already had extreme fame. Likewise, after his involvement in the film industry, he became more popular. Additionally, Bautista’s net worth as of 2021 is estimated to be $16 million.