David Byrne – A Professional Singer, Songwriter and Record Producer, Involved Himself in The Filming Industry as well, Who Formed a Duo Band titled Bizadi in 1971

Who is David Byrne?

David Byrne is a popular figure who has made his name in the entertainment industry. He is a professional singer, songwriter, and record producer. Furthermore, David has also played some roles in movies and has involved himself in the filming industry. This multitalented person has also written some books. He appeared in the Saturday Night Live on the 1st of March, 2020 after nearly thirty years and performed the song Once in a Lifetime of his group Talking Heads. Furthermore, David Byrne is also a broadway artist. 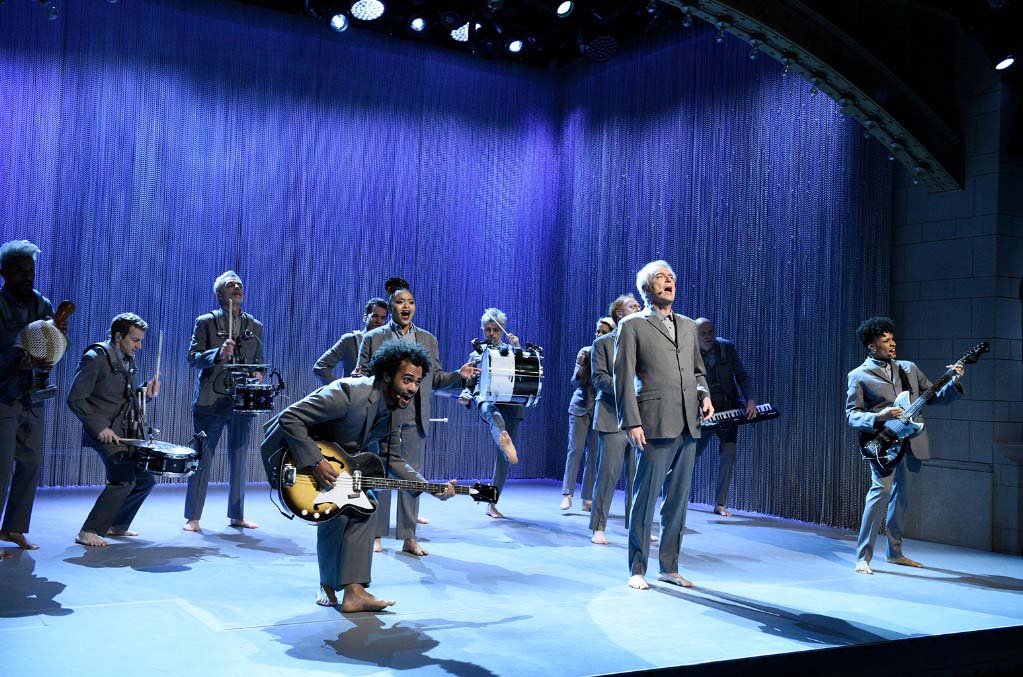 David was born on the 14th of May, 1952, with the name David Byrne on Dumbarton, West Dunbartonshire, Scotland. He is the son of Tom Byrne and Emma Byrne. Emma was a teacher, whereas Tom was an electronics engineer. Furthermore, he has one younger sibling.

David’s horoscope is Taurus. He stands to 6 feet(183 centimeters) in height. He is Scottish by birth but has citizenship of both the United States of America and The United Kingdom. This 67-year-old singer was talented since young. Talking about his educational qualifications, David Byrne attended the Lansdowne High School located in Baltimore County, Maryland, United States. For further studies, he attended the Rhode Island School of Design for a year since 1970 and then attended the Maryland Institute College of Art for a year. He did not complete his further studies and dropped out in 1972.

David has quite an experience in dating as he has dated some ladies in the past. In 1981, he had a relationship with Toni Basil for a short while. Later, he dated Twyla Tharp for a year. He then dated Adelle Lutz, and the couple married in 1987. The couple has a child, a daughter named Malu Abeni Valentine Byrne, together. However, the couple divorced in 2004. He then dated Louise Neri, an art curator. Furthermore, he was in a relationship with Cindy Sherman in 2007, and the couple dated for 3 years. 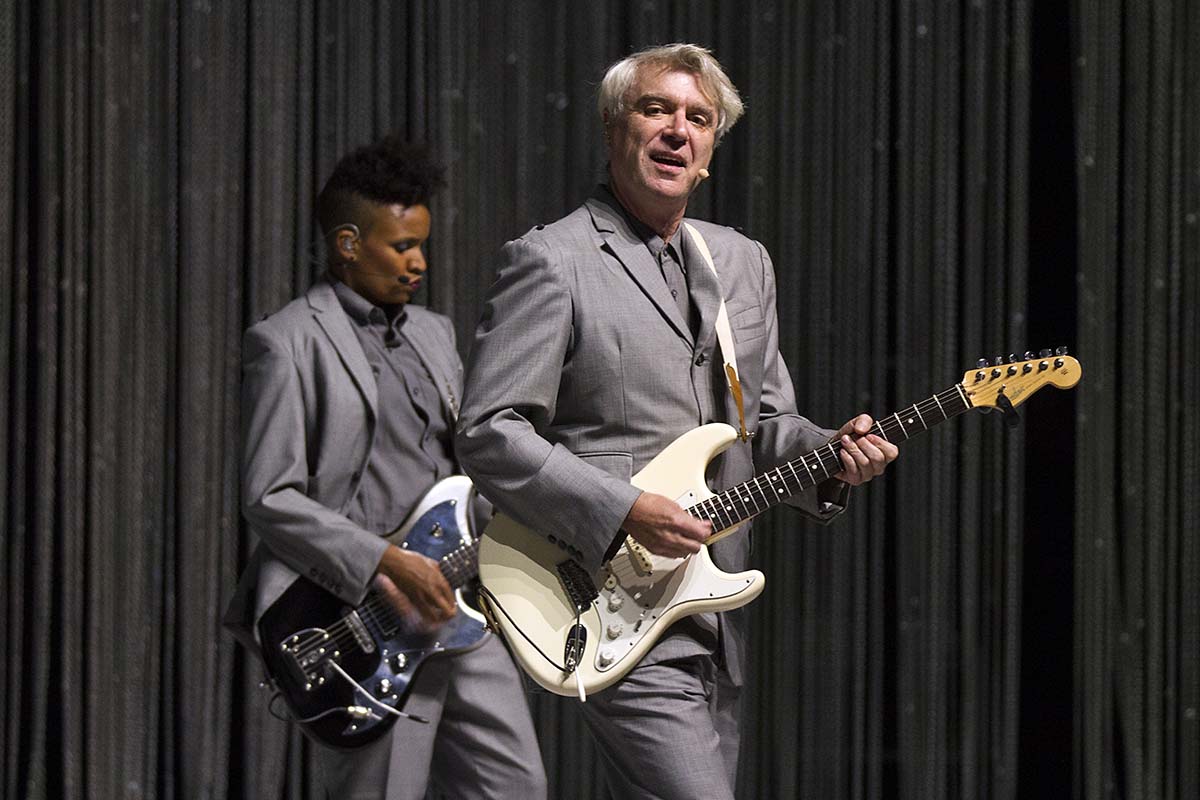 The Career of David Byrne

Byrne loved music from a very young age. By the time he reached high school, he already knew how to play three musical instruments; accordion, guitar, and violin. After he dropped out of high school, David formed a duo band titled Bizadi with partner Marc Kehoe, but the band only played together for a year(1971-72). For better opportunities, he traveled to New York City and then met his then-girlfriend Tina Weymouth and then made the group Talking Heads.

The members of this band are David Byrne, Chris Frantz, Tina Weymouth, and Jerry Harrison. David is the lead vocal and guitar for the band, Chris plays the drum, Tina is the bassist for the group and Jerry handles the keyboard and guitar. The band’s debut album is titled Talking Heads: 77, that released on the 16th of September 1977 under Sire Records in the UK and US and Philips Records in continental Europe. The album consists of 11 tracks; 6 on Side one and 5 on Side two. The album peaked at number 60 on the UK Albums chart and number 97 on the US Billboard 200 charts.

Furthermore, the band released their second studio album titled More Songs About Buildings and Food on the 14th of July, 1978 under the Sire Records. This album has a total of 11 tracks; 6 on Side One and 5 on side Two. Furthermore, the album peaked at number 29 on the Billboard Pop Albums Chart and number 21 on the UK Albums chart. Their third studio album is titled Fear of Music, that released on the 3rd of August, 1979 under Sire Records. This album peaked at number 21 on the US Billboard 200 charts and 27 on the Canadian Albums Chart. The most popular singles from this album are “Life During Wartime” and “I Zimbra.”  This album was certified Gold in the RIAA with more than 500,000 sales.

Furthermore, on the 8th of October, 1980, Talking Heads released their fourth studio album titled Remain in Light under Sire Records. The album had only 8 tracks; 3 on side one and 5 on side two. This album peaked at number 6 on the Canadian Albums Chart, number 19 on the US Billboard 200, and number 8 on the New Zealand Albums Chart. The famous tracks from this album are “Once in a Lifetime” and “Houses in Motion.” The band took a hiatus from releasing albums for two years and then released their fifth studio album, Speaking in Tongues, on the 1st of June, 1983, under Sire Records. The album was a success and certified Platinum in Canada. The album peaked at number 15 on the US Billboard 200 charts, and the track “Burning Down the House” was a hit.

The sixth studio album of Talking Heads is titled Little Creatures. The album released on the 10th of June 1985 under Sire Records. This album charted at number 20 on the US Billboard 200 charts and 10 on the UK Albums chart. Some of the famous tracks of this album are “The Lady Don’t Mind,” “Road to Nowhere,” and “And She Was.” The band then released True Stories on the 15th of September, 1986, under Sire Records. Two years later, they released their final studio album titled Naked that had 10 tracks. The album peaked at number 3 on the UK Albums Chart and number 19 on the Billboard 200 charts.  The group then dissolved in 1991. 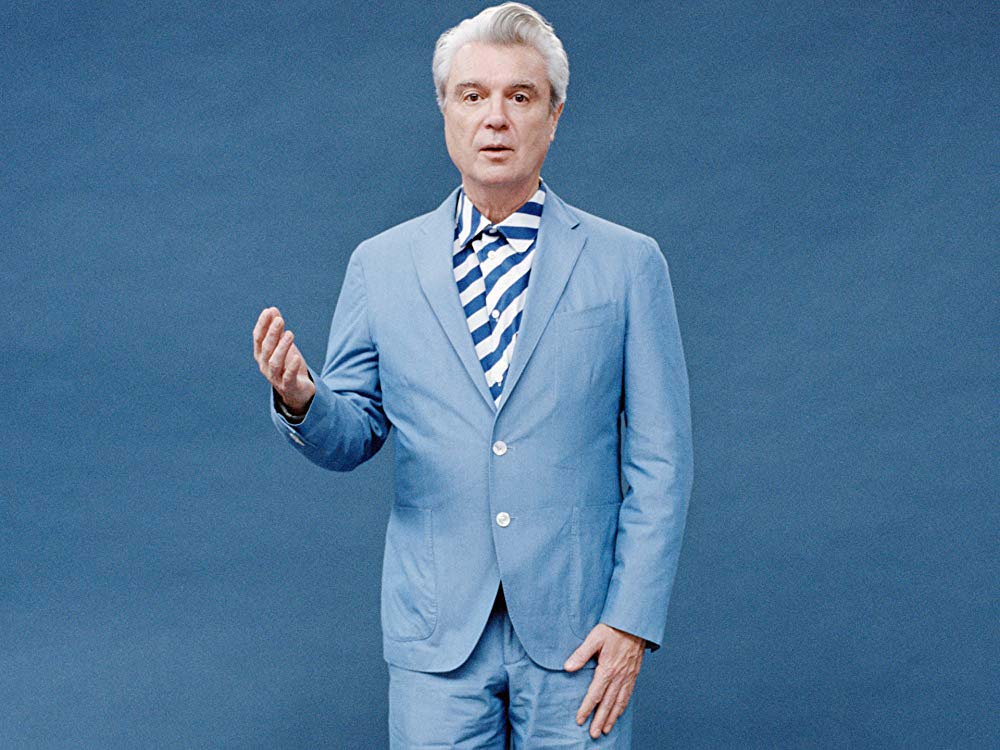 On the 17th of June, 1997, David released Feelings under the same record label, a total of 14 tracks.  A year later, he then released an album titled The Visible Man. Furthermore, he released Look into the Eyeball on the 8th of May, 2001, under Virgin Records. On the 16th of March, 2004, David released Grown Backwards under Nonesuch/Warner Bros. Records and consisted of 15 tracks. Furthermore, he released American Utopia on the 9th of March, 2018 under Nonesuch records.

David is a talented singer and songwriter who has made his name in the industry. He is a strong presence and has received great reviews for his work. His work is also recognized by many award programs. He has won one Academy Award, two Grammy Awards, and one Golden Globe Award, to name a few.

Net Worth of David Byrne

David Byrne is a professional singer, songwriter who has been in the industry for more than two decades. His net worth is estimated to be around $40 million in 2020.