Who is Deandre Ayton?

Deandre Ayton is an emerging player in the Bahamas. He is among the popular celebrity who has well established his name as a skilled athlete. Deandre is a competitive basketball player. Presently, he plays for the Phoenix Suns of the NBA (National Basketball Association).  He plays from the position of Centre. Previously, he has played for the Arizona Men’s Basketball team.

Deandre Ayton was born on July 23, 1998, in Nassau, Bahamas, US. Born with the birth name Deandre Edoneille Ayton, he has the birth sign of Leo. He was born to his father Alvin Ayton, and his mother Andrea Ayton. His father has a Nigerian nationality, whereas his mother has a Bahamian nationality. Likewise, Deandre grew up along with his four siblings. 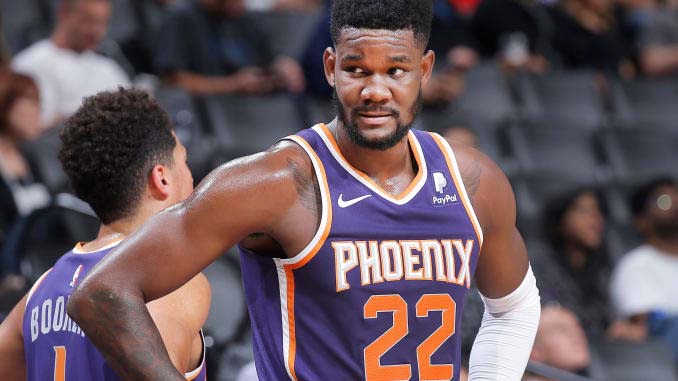 Furthermore, he holds a Bahamian nationality, and as per ethnicity, he is black. He is Christian by religion. Besides, with a height of 7 feet 1 inch (216 cm), and weigh about 113 kg (260 lbs), he has been able to maintain his body feet and healthy.

Deandre during his early age showed an interest in playing tuba and soccer. During the time, the Bahamian Basketball Yearbook gave him attention. Also, he was scouted by the All Bahamian Brand.

For his education, Deandre firstly joined Balboa School, located in Escondido, California. During school, he started playing basketball. In the first year only, 2014-15, he averaged 21 points, 16 rebounds, as well as 3.8 blocks per game. Then, he moved to Hillcrest Prep Academy, located in Phoenix, Arizona. He there played for 2015-16 as a junior and averaged 29.2 points, and 16.7 rebounds as well as 3.8 blocks per game. Similarly, he played 2016-17 as a senior and averaged 26 points along with 15 rebounds and 3.5 blocks per game. Also, in 2016,  he played at the Nike Hoop Summit.

After being certified from the school, he attended the University of Arizona. He played as a power forward in his college days. Also, on December 9, 2017, he made his career-high 29 points. Deandre played in a total of 35 games in 2017-18 in his college. During his game, he hit an average of 20.1 points per game, along with 1.9 blocks, 6 steals, 1.6 assists, and 11.6 rebounds per game.

Deandre Ayton started his professional career after the Phoenix Suns chose him on June 21, 2018, in the 2018 NBA Draft. He became the youngest player to be selected with the first overall selection. He signed a rookie-scale contract on July 6, 2018. During the preseason, he had an average of 18.2 points, as well as 9.8 rebounds, and 2 blocks per game. 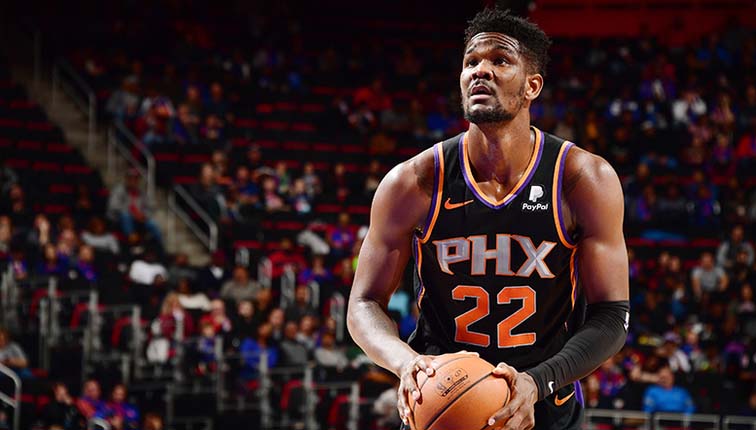 On October 17, 2018, Deandre played in the season for the first time. Moreover, in his first game only, he made season-high 6 assists. Likewise, he also had double-double 20 points. Playing amazingly and marking his footprints, he became the finalist of the NBA Rookie of the Year Award, in addition to being selected for the 2019 All-Rookie First Team.

However, Deandre became suspended for the 25 games for violating the laws of anti-drug policy. On December 17, he came back after his suspension and played in opposition to the Los Angeles Clippers. Likewise, he played several games. Furthermore, Deandre became the youngest player who had 25+ points and 20+ rebounds in the Madison Square Garden. Also, he is recognized as the quickest player as he reached a thousand rebounds in 94 games.

Deandre Ayton has earned numerous honors and Achievements being a skilled and prominent athlete. He earned awards and achievements since his school days only. During his high school, he enlisted in the All-USA Boys Basketball First Team, and also in the Naismith High School Boys All-America.

Moreover, Deandre became enlisted in the NBA All-Rookie First Team in 2019. Also, in the same year, he participated in the Rising Stars Challenge.

It’s always an interesting subject to know about the personal life of celebrities. Moreover, when it comes to a handsome young athlete, people are always enthusiastic to know either they are married or dating or having a single life. 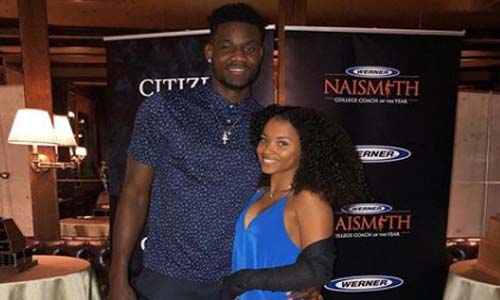 About Deandre Ayton’s personal life, presently, he is dating his college sweetheart Anissa Evans. Annisa also holds a Bahamian nationality. The couple met during their college. However, they have not given much information about their love life moving on.

Besides, Deandre is popular on social networking sites. He has his own account on social sites. He gives an update about himself and his matches on his social accounts. Deandre has a Twitter account with about 53.6k followers, and on Instagram, he has 326k followers.

Deandre Ayton has earned massive popularity from his professional career. Likewise, along with gaining name and fame, he has accumulated a decent amount of money. His net worth is estimated to be about $40 million as of 2020. His average salary is estimated to be about $8 million per year. Besides, in July 2018, he signed a two-year contract with Phoenix Suns worth $17,728,080. Likewise, in 2019-20, he has his annual salary of $9.75.

Furthermore, his income also comes from endorsement. In June 2018, he signed a contract of four years with the sportswear company, Puma.