Who is Denise Richards?

Denise Richards is an American actress and a former fashion model. She is popular for playing the role of Debra Simon in the comedy series ‘Mountain State’. Richards is also known for starring in the reality TV show ‘Denise Richards: It’s Complicated.’ After her graduation, she first stepped into modelling and then gradually she ventured in acting as well. She currently stars on the Bravo reality television series The Real Housewives of Beverly Hills from 2019. Apart from her career, she is associated with a number of organizations that work for the welfare of animals. She is also totally devoted to her own dogs and cats who she has been raising from a long time.

Denise Lee Richards was born on February 17, 1971, in Downers Grove, Illinois, the USA. Her father Irv Richards served as a telephone engineer and her mother Joni owned a coffee shop. Furthermore, she has one younger sister, Michelle. She grew up in Mokena and Downers Grove. She is currently 49 years old with Aquarius sun sign. 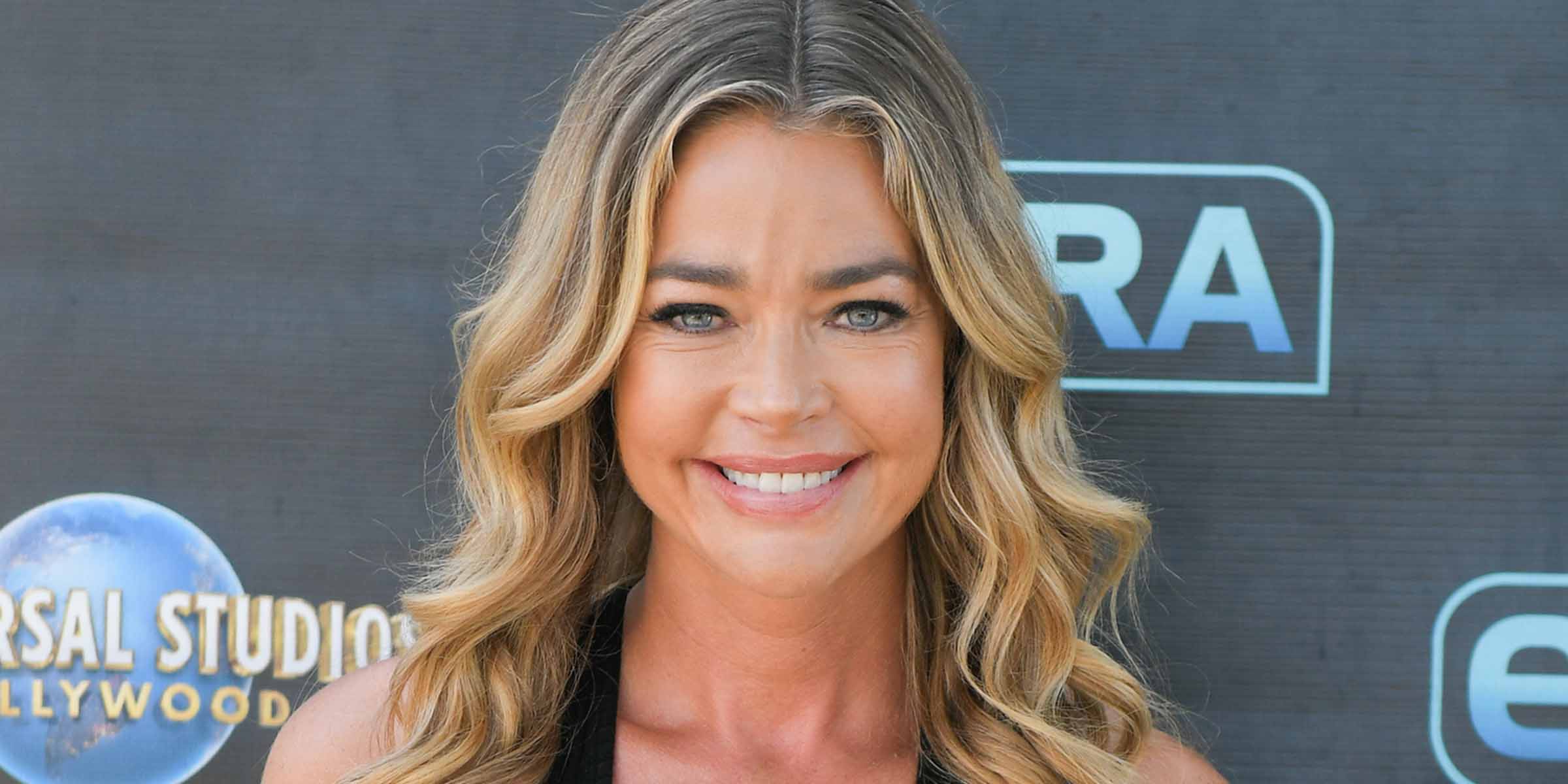 Denise Richards holds an American nationality.  Her ancestry is German, French-Canadian, Croatian, Irish, English, Welsh, and distant Dutch. Besides she stands 5 Feet and 6 Inches (1.68m/ 168cm) tall and weighs around 52 kgs (115lbs). Her body measures 37-24-34 inches. She has a slim body type having a pair of blue coloured eyes with light brown hair colour making her look even more beautiful.

Denise Richards studied at Herrick Junior High School and at Downers Grove North High School. At the age of 15, she moved to Oceanside, California, with her family and attended El Camino High School. After her high school graduation, she started modelling and travelling to many cities such as Tokyo, Paris, and New York for her photoshoots and commercials. She ventured into acting as well and first appeared in the music video for the song ‘The Captain of Her Heart.’

Denise Richards is an active social media user. Her Instagram (@deniserichards) has 1.2 million followers and her Twitter handle (@DENISE_RICHARDS) has 2.1 million followers. Similarly, her Facebook page has 107 thousand likes more than 115 thousand people follow her.

Denise Richards in 1990, had a rushed breast implant operation in which the surgeon put in larger implants than what the actress had asked for. About her love life, she engaged to actor Charlie Sheen in December 2001 and in 2002 they got married. They are blessed with two daughters Sam J. Sheen and Lola Rose Sheen. In 2005, she filed for divorce from her husband and in 2006 November, the divorce became final. Likewise, in 2011, she adopted a third daughter as a single parent and named her Eloise Joni Richards after her mother died from cancer in the year 2007. 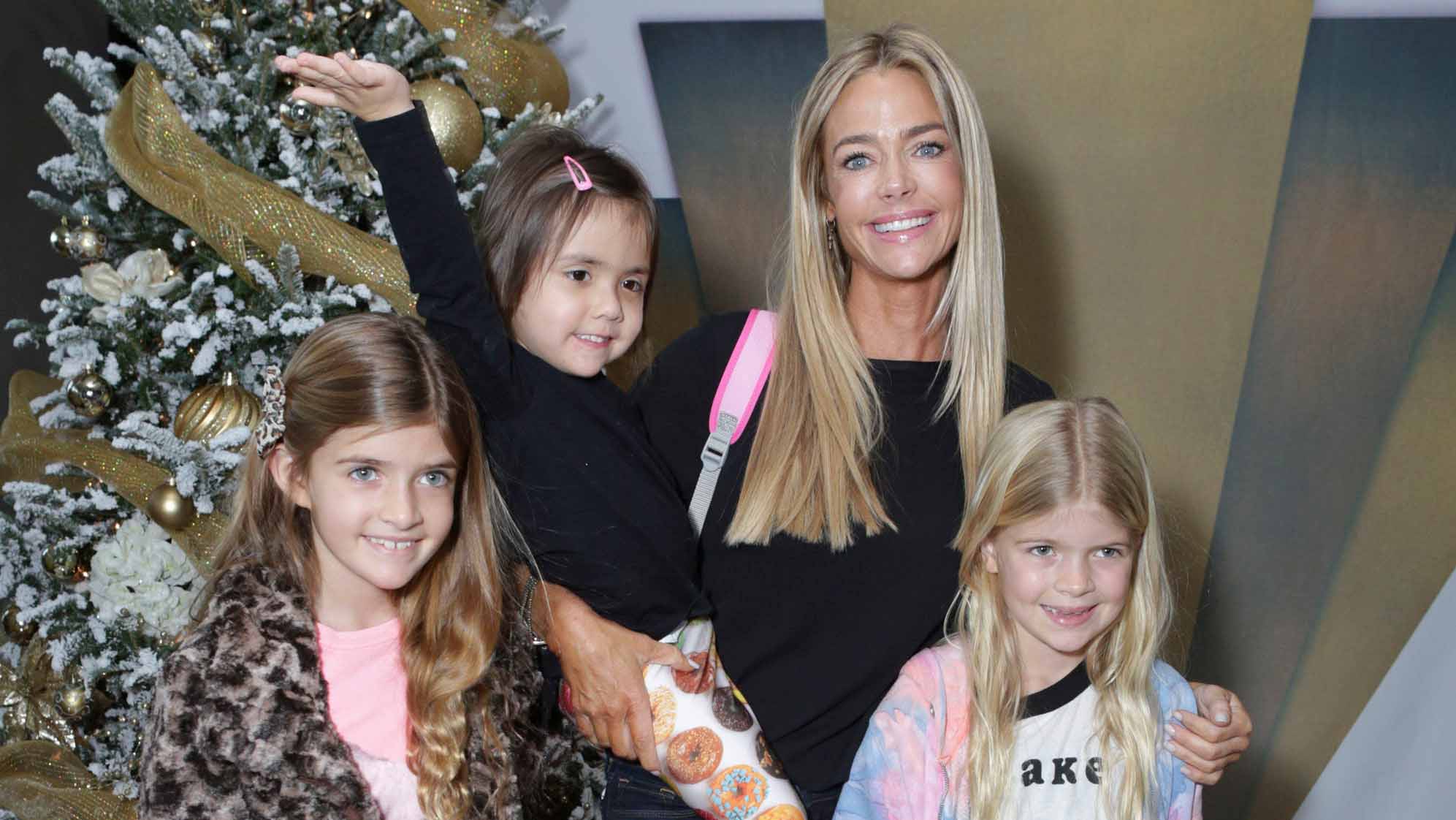 Denise Richards spent the early 1990s doing low-budget TV shows and films, such as ‘Saved by the Bell’ and ‘Loaded Weapon 1,’ and guest-starring in episodes of numerous television programs, such as ‘Eerie, Indiana’, ‘Married with Children’, ‘Beverly Hills, 90210’ and ‘Melrose Place’, to name a few. She got her first main lead in 1998 in the sci-fi action film ‘Starship Troopers’ as Carmen Ibanez.  The film was a hit and her performance were much appreciated.

In the early 2000s, she featured in a number of films, including ‘Good Advice’, ‘Empire’, ‘The Third Wheel’, ‘You Stupid Man’, ‘Scary Movie 3’ and ‘Whore’, to name a few. During this time, Richards also appeared in an episode of ‘Friends’, in two episodes of ‘Two and a Half Men’ and four episodes of ‘Spin City’.

Richards in 2005 was starred in the UPN series ‘Sex, Love & Secrets’ in 2005 and also appeared in the ensemble drama ‘Edmond’ the same year. In July 2006, she posed semi-nude for ‘Jane’ magazine in order to raise money for a charity. She became more popular when she did the reality show in 2008 named ‘Denise Richards: It’s Complicated’. She was also the executive producer for the show. Moreover, she also participated as a contestant in ‘Dancing with the Stars.’ She also did the films ‘Blonde and Blonder’ and ‘Jolene’ in 2008, ‘Finding Bliss’ and ‘Deep in the Valley’ in 2009 as well. From 2010-2011 she played in the comedy series ‘Blue Mountain State’ as Debra Simon. 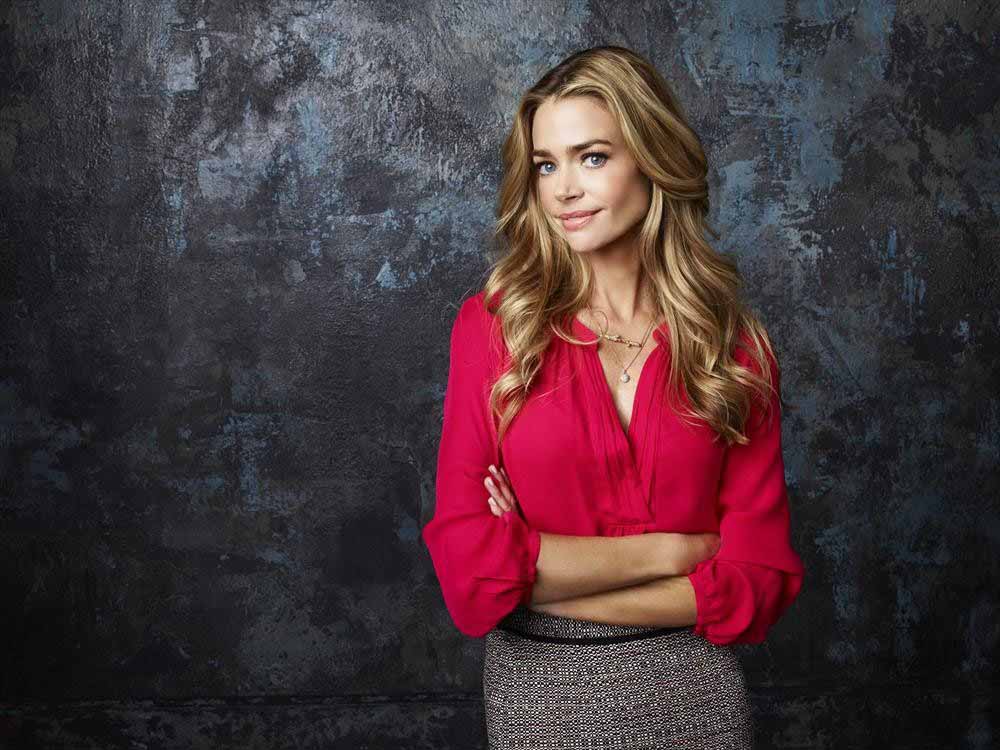 Similarly, in 2012 she featured in the movies like ‘Madea’s Witness Protection’ and Freeloaders. The same year she also appeared as herself in two episodes of 30 Rock. Moreover, the actress joined the cast of the drama series ‘Twisted’ which is an American teen drama mystery thriller as Karen Desai in 2013. The series ran until 2014. While working in the drama, Richards also did the television film ‘Fatal Acquittal’ as Nora Grant.

In 2015, she played in the TV program ‘Vanity’ as Marion Bellerose. She starred in 2017 drama film ‘American Violence’ as Dr Amanda Tyler. Richards also played Kat Faust in the movie ‘American Satan’ the same year. She also did a music video with Sebastien Tellier named ‘Lovely Blonde’ in 2017. Furthermore, in 2018 she did ‘1st Born’ as Christine and in 2019 she did ‘My Adventures with Santa’ as Valerie Nolan. She has also worked with the Best Friends Animal Society on numerous projects including Pup My Ride program.

Denise Richards has won Golden Raspberry Awards in 2000 for her performance in ‘The World Is Not Enough.’ Similarly, in 2016 she has won Best Actress for ‘A Life Lived’ and in 2017 she has also won Northeast Film Festival Award for ‘American Satan.’

Denise Richards is living a luxurious life. She is a famous actress who has earned a lot of money as well as fame. Her current net worth is estimated to be $15 million.