Anthony Mackie is a popular American actor and producer. He has starred in many films and television shows. Also, he has appeared in lots of Broadway and Off-Broadway plays, such as ‘Talk,’ ‘Black Bottom,’ ‘McReele,’ ‘Drowning Crow,’ and A Soldier’s Play. He has also been part of the HBO television film ‘All the Way’ as Martin Luther King Jr.

He is also best known for his movies like ‘Brother to Brother,’ ‘She Hates Me,’ ‘We Are Marshall,’ ‘The Hurt Locker,’ ‘Night Catches Us,’ ‘The Adjustment Bureau,’ ‘Captain America: The Winter Soldier,’ ‘Avengers: Age of Ultron’ and ‘Captain America: Civil War.’ He has earned many nominations and awards like Black Reel Award, Gotham Awards, Independent Spirit Awards, and many more from his acting. 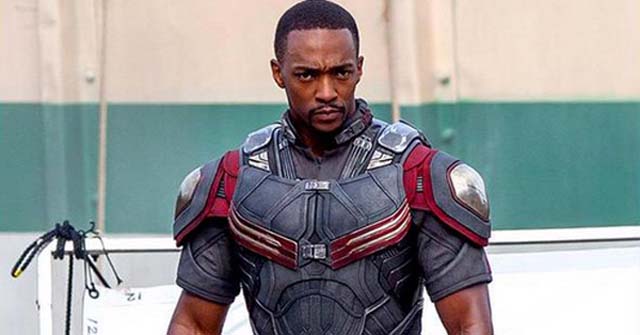 Where was Anthony Mackie born?

Anthony Dwane Mackie was born on 23 September 1978 in New Orleans, Louisiana. He was the son of Martha and Willie Mackie, who was a carpenter that owned a roofing business. Besides, he has a brother Calvin Mackie and two sisters Maryanne Holland, Linda Nellie. Presently, he is 41 years old with a Libra sun sign.

Where did Anthony receive his education?

Anthony Mackie attended McDonough 35 High School and the New Orleans Center for Creative Arts (NOCCA). He was certified from the high school drama program at the North Carolina School of the Arts (NCSA) in 1997. Later, he graduated from The Juilliard School’s Drama Division as a member of Group 30 (1997–2001), including actors Tracie Thoms and Lee Pace.

What are Mackie’s distinctive features?

How did Anthony Mackie begin his career?

Anthony Mackiefirst appeared on the Off-Broadway play ‘Up Against the Wind’ and played the role of Tupac Shakur. In 2002, he performed in Suzan-Lori Parks’ play titled ‘Top dog/Underdog’ and later appeared in Carl Hancock Rux’s play ‘Talk.’ After this, he made his big-screen debut’ 8 Mile.’ He was also featured in an episode of ‘Law & Order: Criminal Intent.’ In 2004 he did various films like ‘Brother to Brother,’ ‘The Manchurian Candidate,’ ‘She Hates Me,’ ‘Heaven,’ and ‘Million Dollar Baby.’

Furthermore, he gained name and fame worldwide after his role as Perry in ‘Brother to Brother’ written and directed by Rodney Evans. He was also nominated for various awards for his performance in this movie. Similarly, in the next few years, he was cast in numerous movies like ‘The Man,’ ‘Freedomland,’ ‘Half Nelson,’ ‘Heavens Fall,’ ‘We Are Marshall’, and Crossover.

In 2008, Mackie acted in three plays at the John F. Kennedy Center for the Performing Arts: ‘Fences,’ ‘Black Bottom,’ and ‘Jitney.’ The following year, he appeared in the play ‘The Bacchae’ as well as in the flick ‘The Hurt Locker.’ Then, he was cast as Marcus Washington and Harry Mitchell in the movies’ Night Catches Us’ in 2010 and ‘The Adjustment Bureau’ in 2011, respectively. 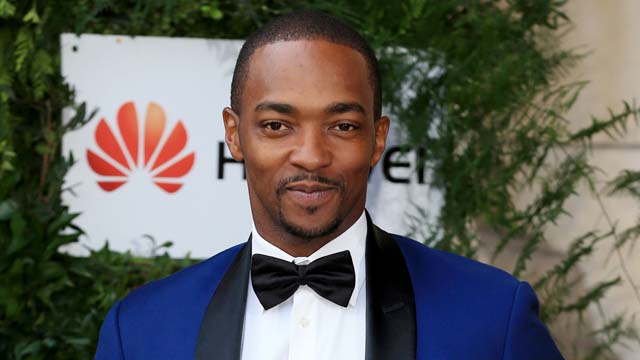 Mackie then appeared in several films including ‘Man on a Ledge’ as Mike in 2012, ‘Gangster Squad’ as Coleman Harris, ‘Pain & Gain’ as Adrian Doorbal, ‘The Fifth Estate’ as Sam Coulson, and ‘The Inevitable Defeat of Mister & Pete Kris’ as Kris in 2013. Moreover, in 2014 he was cast in the film ‘Avengers: Age of Ultron’ as Sam Wilson/Falcon. He then again reprised his role as Sam in ‘Captain America: Civil War in 2016.

Furthermore, he also voiced in the TV show ‘Animals’ for 2 episodes. He also did the TV show ‘Black Mirror’ as Danny Parker in the ‘Striking Vipers’ episode. Besides acting, he is also a voice actor. He lent his voice in the 2018 video game named ‘NBA 2K19.’

Mackie again reprised his role in the ‘Avengers: Endgame’ in 2019 based on the Marvel Comics superhero team Avengers. He also appeared in ‘Pont Blank’ as Paul booker, ‘Synchronic’ as Steve, and ‘Seberg’ as Hakim Jamal in the same year. Currently, in 2020, we can see him in the movie ‘Banker’ as Bernard Garrett. Also, we can see him in the eight episodes of the TV show ‘Altered Carbon’ as Takeshi Kovacs.

Has Anthony Mackie won any awards?

Anthony Mackie has won the AAFCA award two times in 2005 and 2017. He earned a nomination in 2015 for Best Supporting Actor for his movie ‘Captain America.’ In addition, he has received two Black Reel Awards for the Best Supporting Actor for ‘The Hurt Locker and ‘Night Catches Us’ in 2010 and 2011. Likewise, in 2011 he won the Artistic Achievement Award, and in 2008, he won the Gotham Independent Film Award for the film ‘The Hunt Locker.’

Who is Anthony Mackie’s wife?

Anthony Mackie married his long-time sweetheart Sheletta Chapital in 2014. The two met in New Orleans when they were just second graders. This couple dated on and off since they were kids.

However, they gave their relationship a name and shared their vows. Moreover, the couple has four children together. However, they separated, filing for a divorce. 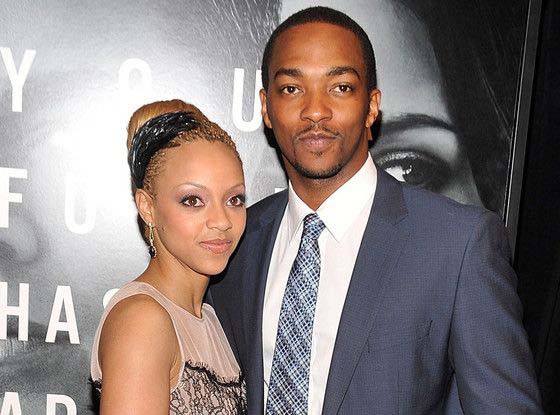 What is the Net Worth of Anthony Mackie?

Anthony Mackie earns from his acting career. He has appeared in numerous films and television series. Moreover, he has also accumulated huge fandom where his audience loves his acting. His primary income comes from working in the entertainment industry. As of 2021, his net worth is approximately $8 million.