Who is Don Johnson?

Don Johnson is an American actor, producer, director, singer and songwriter. He is popularly known for his role as James “Sonny” Crockett on the television series “Miami Vice,” for which he earned a Golden Globe. Johnson is also famous for her eponymous lead role in the 1990s cop series Nash Bridges. Don has received a star on the “Hollywood Walk of Fame” and he was the American Power Boat Association’s 1988 World Champion of the Offshore World Cup.

Don Johnson was born on December 15, 1949, in Flat Creel, Missouri, the United States with the name Donnie Wayne Johnson. He is currently 70 years old. His zodiac sign is Sagittarius. He is a son to mother, Nell (nee Wilson) who is a beautician and to father, Wayne Fred Johnson who was a farmer. At the time of his birth, Johnson’s mother was 17 years old and his father was 19 years old. So, he was raised in poverty in Wichita, Kansas where his parents relocated when he was six years old. 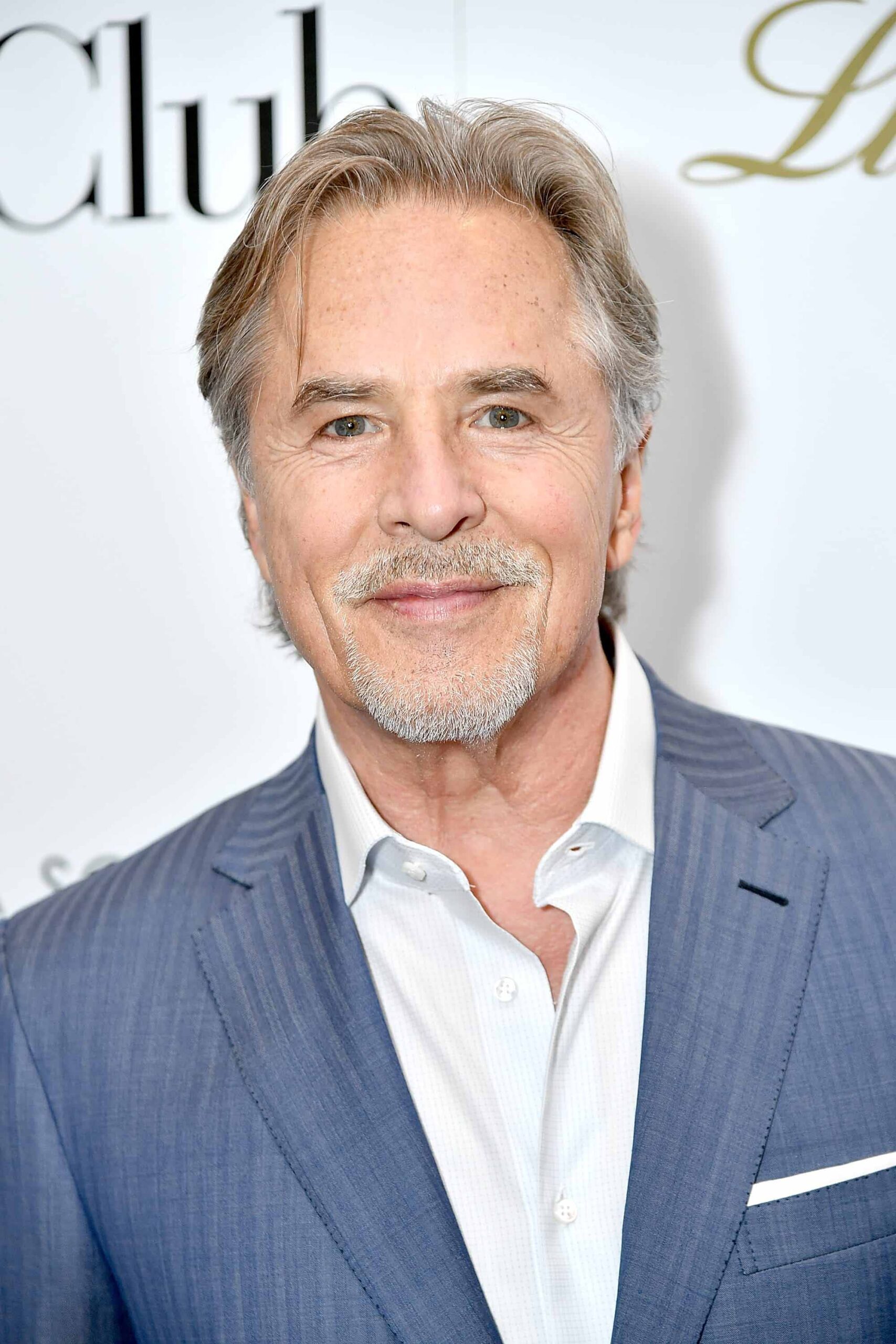 Don graduated from Wichita South High School. There, he took part in the high school’s theatre program. Eventually, as a senior, he played the lead role of Tony in “West Side Story.”Johnson’s biography noted that he had previously appeared on “Burnt Cork and Melody” and “The Hullabaloo.” He got enrolled at the University of Kansas as a theatre major after graduating from high school in 1967, but he dropped out after one year. Subsequently, he relocated himself to San Francisco, California to attend the American Conservatory Theatre.

Johnson is American by nationality and belongs to the white race. He stands at the height of 5 feet 11 inches (1.8 m) and weighs about 86 kg (190 lbs). Johnson has a fit body with Chest size 40 inches, waist size 34 inches and biceps size 15 inches.  Additionally, his hair colour is blonde and eye colour is blue.

Don Johnson has had four wives in five marriages in which three of them were brief. His first two marriages annulled within a matter of days so the name of his first two wives is private.

Johnson met Melanie Griffith in 1972. The couple eventually started living together in the next year. On Griffith’s 18th birthday, the couple engaged and married in January 1976. The relationship did last only till July so they got divorced in November. In 1989, they reunited and conceived a daughter, Dakota Johnson. The couple again married from that year to 1996.

Johnson had dated Sally Adams in 1980. Johnson again lived with the actress Patti D’Arbanville from 1981 to 1985. The couple has a son named Jesse Wayne Johnson. Don’s next relationship was with Barbra Streisand in 1988. He was also linked with Uma Thuman before reuniting with Griffith. In 1995-1996, Johnson was engaged to Jody Lyn O’Keefe who played his daughter on “Nash Bridge.” 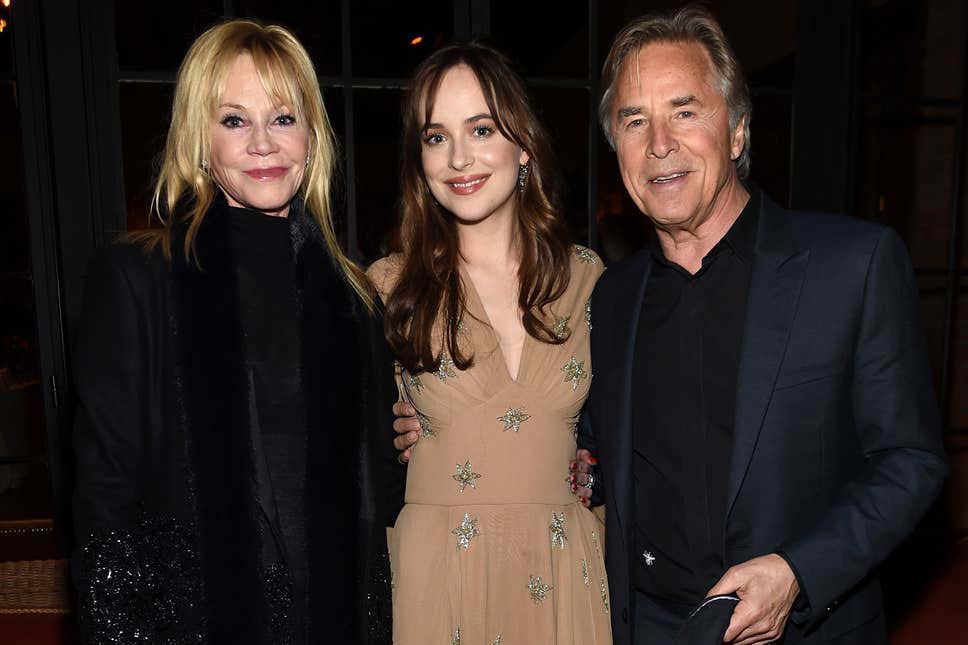 Johnson started his career with his major role in the 1969 Los Angeles stage production of “Fortune and Men’s Eyes” as Smitty, the lead role. His exposure in this drama led to the forgotten film, “The Magic Garden of Stanley Sweetheart”. Don continued his work on stage, film and television without breaking into stardom. His notable film in his early years includes “Zachariah” in 1971, “The Harrad Experiment” in 1973, “Lollipop and Roses” in 1974 and “A Boy and His Dog” in 1976.

After years of struggles to establish himself as a TV actor along with “Revenge of the Stepford Wives” and a string of pilots, none of which became a TV series. Then, from 1984-1989, Johnson landed a starring role as undercover police detective Sonny Crockett in the Universal Television cop series “Miami Vice”. In between the seasons, Don gained further renown through several TV miniseries, such as the 1985 TV remake of “The Long, Hot Summer.”

Later, Johnson starred in the police drama “Nash Bridges” from 1996-2001. He appeared as the title role of Nash Bridge who was an inspector, later promoted to captain for the San Francisco Police Department. In 2005, he starred briefly in The WB courtroom television drama show “Just Legal”. Eventually, in 2007, Don started a run in the “West End of London” which is the production of Guys and Dolls as Nathan Detroit. Johnson had also done a role in the Norwegian comedy “Lange Flate Ballaer 2” in 2008. Johnson next starred in “When in Rome” in the same year alongside cast Kristen Bell, Dax Shepard, Will Arnett, and others. 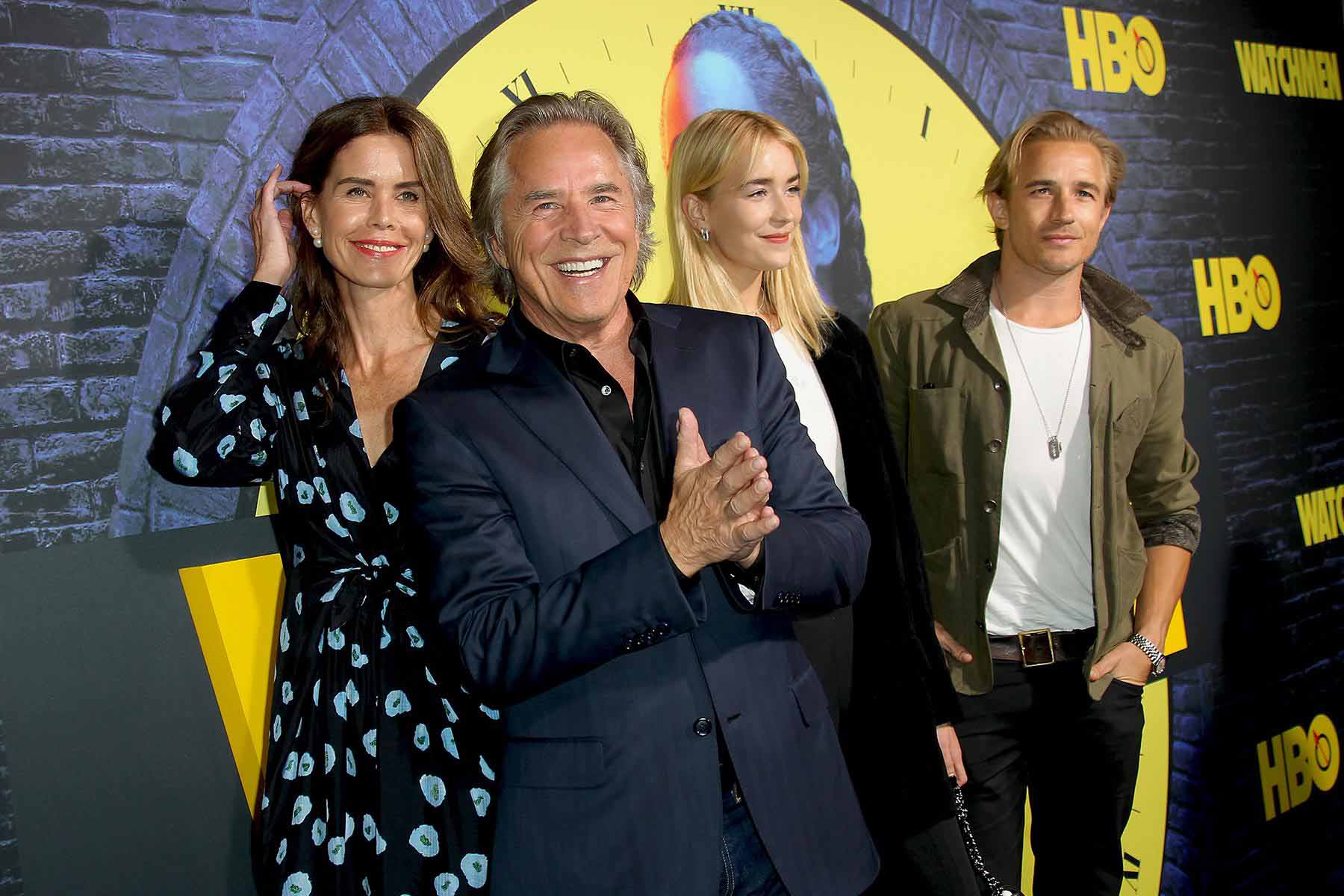 In 2014, he portrayed the character “Jim Bob” in critically acclaimed crime film “Cold in July.” Subsequently, in the next year, he began starring in the ABC prime time soap opera “Blood & Oil.” In 2018, he starred as the character of Arthur in the romantic-comedy film “Book Club.”He played the role of Richard Drysdale in murder-mystery “Knives Out. He also starred as Police Chief Judd Crawford in the HBO series “Watchmen” alongside cast Malin Ackerman, Patrick Wilson, Carla Gugino, and others.

Johnson is living a luxurious life. He is a famous actor and has earned a lot of money as well as fame. Don currently has about $45 million USD approximately.