Elton John – A Famous Singer, Songwriter, Pianist, as well as a Composer Who Formed a Band Named “Bluesology”, along With His Friends in 1962

Who Is Elton John?

Elton John is among the well-known celebrities worldwide. He has gained name and fame as a singer, songwriter, pianist, as well as a composer. He has given more than fifty Top 40 hits for our entertainment. Moreover, from his outstanding talent, he has gained numerous honours and awards including Grammy Awards, Academy Award, and a Golden Globe Award, including many others. 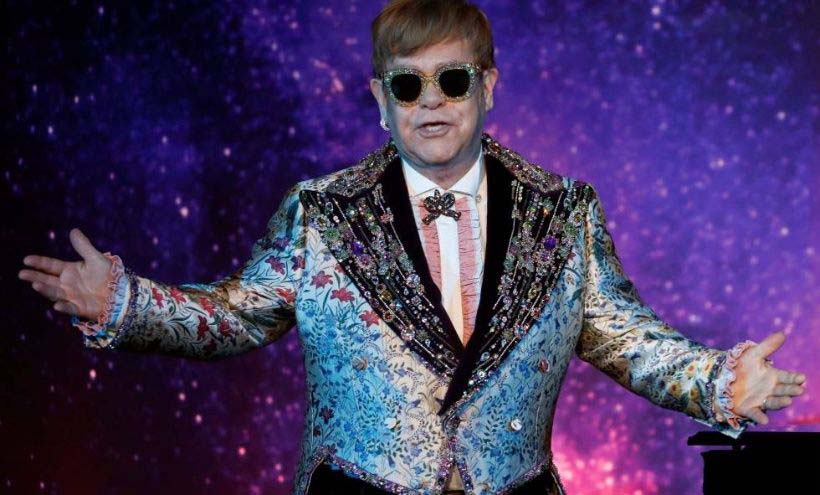 Elton John was born on March 25, 1947, in Pinner, Middlesex, England, with the birth sign of Aries. He had the name, Reginald Kenneth Dwight. Then his name changed to Sir Elton Hercules John, which later became famous as Elton John. He was born as the eldest child to his father Stanley Dwight, and his mother, Sheila Eileen Dwight. He grew up along with his four siblings; Geoff Dwight, Robert Dwight, Simon Dwight, and Stan Dwight.

Besides, he holds British nationality. He has the star sign of Aries. With a height of 5 feet 8 inches (1.72 m), and weigh about 87 kg, he has been able to maintain his body fit and healthy. Moreover, his blue eyes and red hair makes his look even more attractive.

Elton raised up by his maternal grandparents, in a council house, in Pinner. For his education, firstly, he attended Pinner Wood Junior School. Then, he joined Reddiford School, and Pinner County  Grammar School, respectively. However, for flourishing his music career, he left the studies without giving the examination of A-level.

Elton John had an interest n playing the piano from an early age. Just at the age of three, he started playing the piano, and also took classes for learning piano when he was seven. Then, when he was eleven, he grabbed a junior scholarship to the Royal Academy of Music. He even started composing music since his childhood days. Later, he enrolled at the Royal Academy of Music in London for five years.

The Career of Elton John

Elton started his job as a pianist at a pub. So, he had several bands with his friends. In 1962, along with his friends, he composed a band, Bluesology. Likewise, he opened the gate for him to reach his destination. In 1967, he along with the lyricist, Bernie Taupin, composed the latter’s lyrics. The beginning of the duo still is an example which even exists now. They debuted their song from “Scarecrow”. Next year, they became the songwriter for DJM Records and wrote numerous songs for other singers.

Likewise, in 1969, Elton released his first album, “Empty Sky” which is a singer. He released his second album named “Elton John” next year, which became a hit and also ranked fifth on the UK Albums Chart. As his album gained critical and commercial success, he decided to continue his singing career. So, in 1972, he aired his third album “Honky Chateau” which came to the number one position. Similarly, his next seven albums hit the first position. 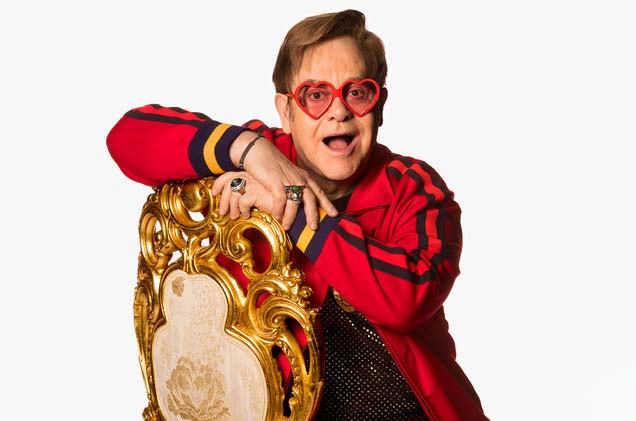 Elton John then designated his own company named Rocket Record Company. However, he signed a contract with MCA and released from MCA. He released his successful albums from MCA including “Caribou”, “Captain Fantastic”, “Rock of the Westies”, and the “Brown Dirt Cowboy”, among many others. During the 1970s, Elton John gained commercial and critical success. Also, he became famous for his dressing sense like over-the-top costumes, and glasses for his elaborate concerts.

The 1980s became a significant period for him. He gave numerous hits like “Little Jeannie”, “I’m Still Standing”, and “That’s What Friends Are For”. Also, he appeared for several live shows. Similarly, during the 1990s, the singly achieved the number one position in the UK charts from his single “Sacrifice”.

Moreover, in 1994, he composed songs for the Disney animated film “The Lion King”, along with Tim Rice. Besides, he earned an Academy Award for “Can You Feel the Love Tonight”. In 1997, at the funeral of Princess Diana, he presented “Candle in the Wind”, which went 33 million copies all over the world. Also, it became the best selling single in the United States.

Then, in 2003, Elton aired “Are You Ready for Love” which hit the fifth position. Furthermore, he wrote music for the West End production, which won 80 international awards. Moreover, 5.25 million people in London and 11 million people all over the world visited the music. Likewise, during the 2010s, he appeared at several live performances as well as on award functions.

Elton engaged to his first lover Linda Woodrow in the late 1960s. Linda was his secretary. Then, in 1970, he had his first US show, which after he started his gay relationship with John Reid and also lost his virginity. However, after five years, they broke up.

Elton married a German engineer, Renate Blaulel on February 14, 1984. They tied a knot in Darling Point, Sydney. The marriage ended after four years, in 1988. In 1976, in an interview with the Rolling Stone, he declared himself to be bisexual. 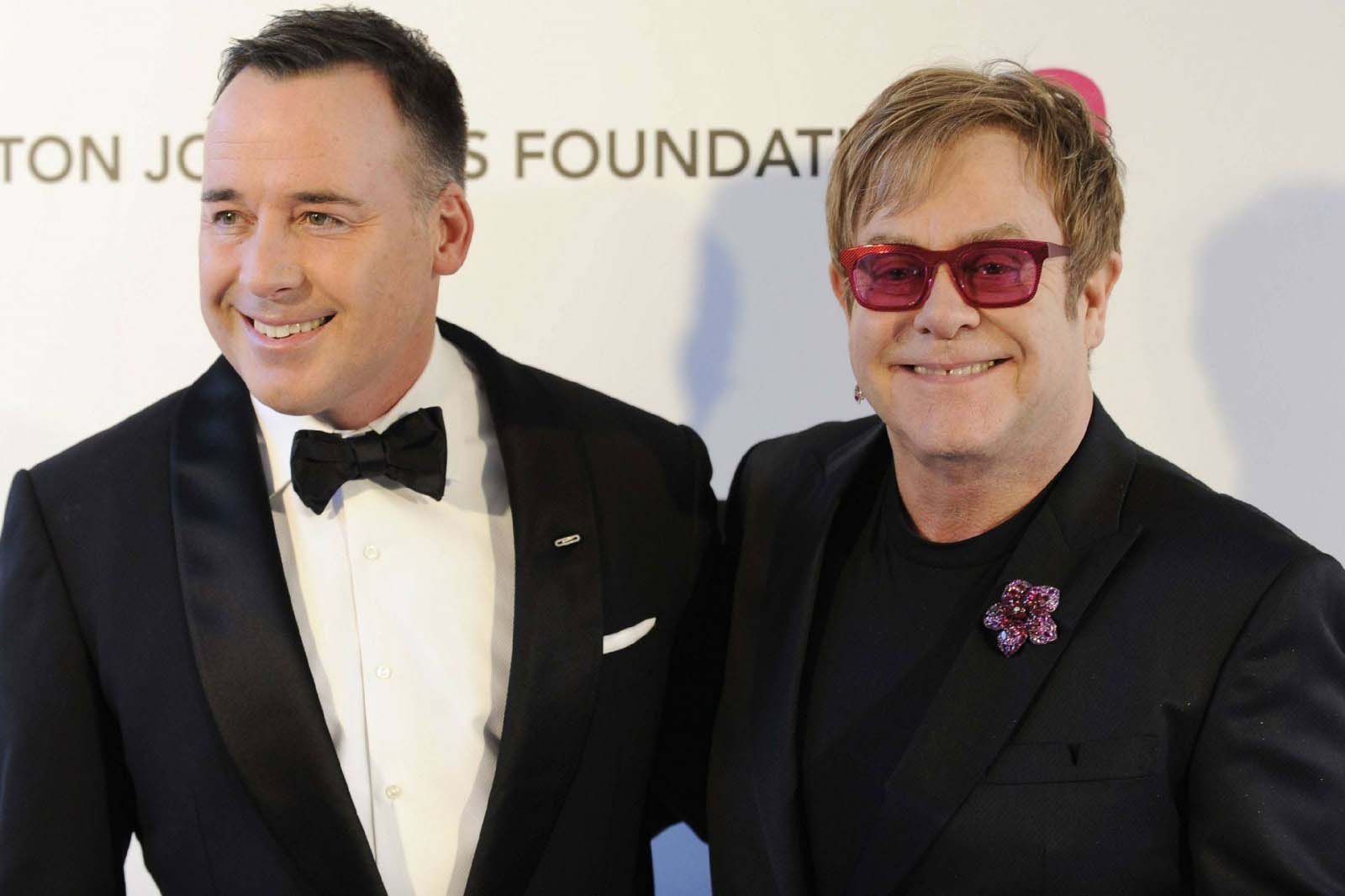 In 1993, Elton started dating David Furnish. David is a former advertising executive and filmmaker. The couple became the first one to form a civil partnership in the UK. The gay marriage became legal in the United Kingdom in March 2014, then the couple married. They shared vows on December 21, 2014. Furthermore, they have two sons together; Zachary Jackson Levon Furnish-John, and Elijah Joseph Daniel FUrnish-John, who born from a surrogate mother. Moreover, Elton John is also a godfather of 10 other children.

Elton John, from his fascinating career, has been able to earn massive popularity. Along with making name and fame, he has been able to gain a handsome amount of money. His net worth is estimated to be about $500 million.

Joaquin Phoenix – A Professional Actor as well as Producer, Who Gained Much Name and Fame after His Role in a 2019 Movie “Joker”

Jane Seymour – A British-American Actress, Well-Known for Her Appearance in The Film “Live and Let Die”, Who Started Her Career in 1970 With The Movie “The Only Way”

Jane Seymour - A British-American Actress, Well-Known for Her Appearance in The Film "Live and Let Die", Who Started Her Career in 1970 With The Movie "The Only Way"