Who is Erik Spoelstra?

Erik Spoelstra is an American professional basketball coach. He is the head coach of the NBA (National Basketball Association) for the Miami Heat. Erik was born on November 1, 1970, in Evanston, Illinois. He is the first Asian-American head coach. Also, the first one to win an NBA Championship. 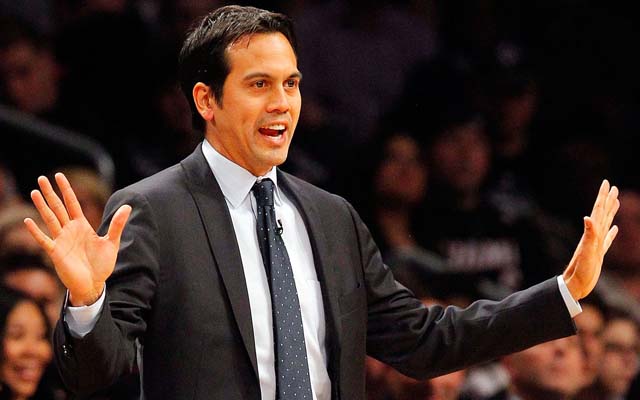 Erik was born to Jon Spoelstra and Elisa Celino. Erik grew up with his two sisters. He was the younger in his family. Erik first attended “Raleigh Hills Elementary”, and later in “Whitford Jr. High School”. He wore jersey number 30 in his high school. Besides, Erik participated in Sonny Vaccaro’s Nike All-Star camp in Princeton. He got many basketball scholarship offers from different universities. However, he went to the “University of Portland”. He graduated from there in 1992 with a bachelor’s degree in communications.

The Career of Erik Spoelstra

Erik started his career in 1993. He began as a player assistant coach for “Basketball Bundesliga’s second division”. He coached a Germany based professional basketball club “TuS Herten” for 2 years. Later in 1995, TuS Herten extended his contract for more than 2 years. Also, at the same time “Miami Heat” offered him the position. As a video controller, he joined the “Miami Heat”. Later after two years, he became a coach and subsequently continued with the video coordinator.

Eventually, in 1999, Erik promoted as the advance scout, and in 2001, he became the director of scouting. Erik got the biggest achievement in 2006 as an assistant coach as the team won the NBA Championship. Later in April 2008, he became the head coach of the “Heat’s”. Though having remarkable performances, he also faced some opposition from the team after being promoted to the position of the head coach. Some of the players reported being frustrated with him. 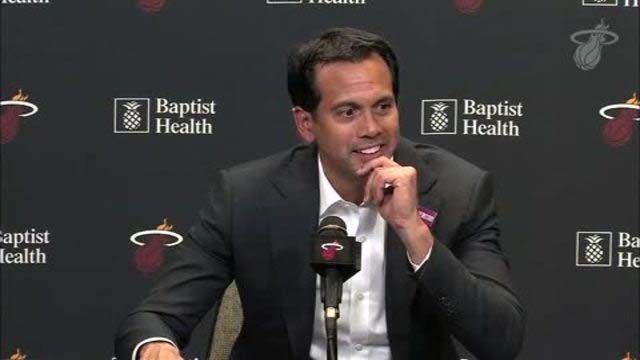 In the “Eastern Conference”, “Heat” made the second-best record. The team lost in the NBA finals of the 2011 season. Erik was on the verge of failing his position as he got the major failure in the debut season.

Erik recorded his best performance as the head coach of the “Miami Heat” at the selection time for the 2012-13 season od the “NBA All-Star Game”. Eventually, the team won 27 games. After winning the 7 games with the “Indiana Pacers” the “Heat” faced the finals to the “San Antonio Spurs”. Instantly, “Heat” became the first team to win the two titles.

Miami Heat continued the contract of Erik to an unconditional duration on September 29, 2013. Moreover, he became the third coach and drove the team to the finals of the NBA. Likewise, on December 16, 2017, Erik recorded his 455th win.

Besides, Erik has been active in the “US Department of State’s Sports United Sports Envoy” program. 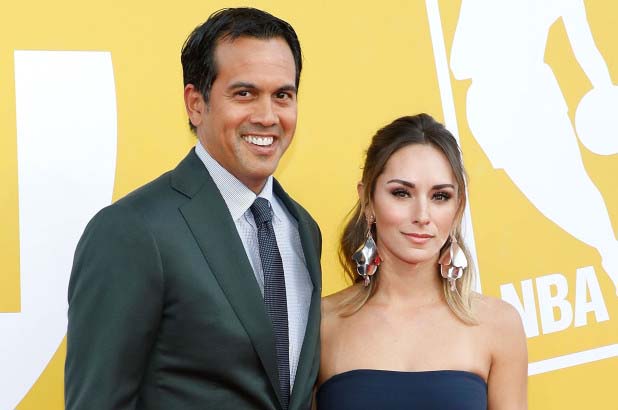